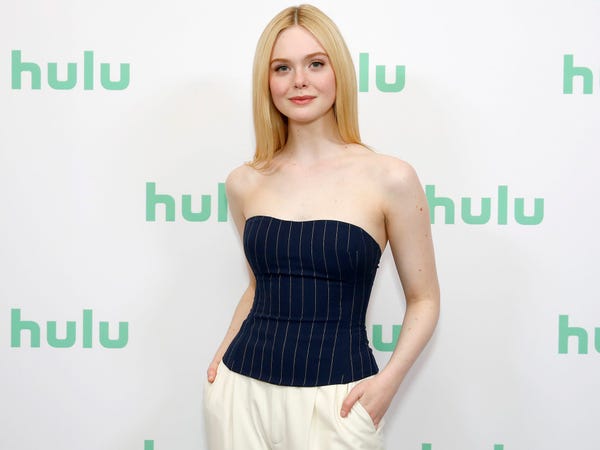 On Tuesday, the "Maleficent" star shared three selfies in which she's seemingly wearing no makeup. Her eyelids, however, are a bright, pink color in the photos, making it seem as though she had eye shadow on.

According to Fanning, the color on her eyes is actually the result of eczema, a treatable condition that causes dry and itchy patches across the skin.

"Eczema but make it eye shadow 😜" Fanning wrote in her post.

Eczema but make it eye shadow 😜

People are applauding Elle Fanning for her candor on social media

Underneath her post, many Instagram users commended the actress for sharing honest photos that they say help them feel comfortable with their own skin.

"Thank you for not using like, a dozen filters," one person wrote. "It's so nice seeing real, normal skin texture on this app, and it makes me feel good about myself 🥺💕."

"Thank you for posting this!" another user wrote. "I struggle with eczema and it hurts my self-esteem. It's so refreshing seeing public figures without the filters and makeup to show that we are all human. 💗"

Even fellow actors said they relate to the post. Rachel Brosnahan, the star of "The Marvelous Mrs. Maisel," wrote: "I feel seen."

Similarly, Irish actress Eve Hewson said: "I feel this. I feel this so much."

Earlier this year, Fanning showed off her actual eye-shadow skills in another Instagram post. On April 29, she posted three pictures of herself wearing a red gloss on her lips and eyelids. While she didn't list the products used to achieve her look, it appears to have been done with lipstick.

"How I'm getting creative," she wrote as the post's caption.

How I’m getting creative

In March 2019, Kim Kardashian West shared a selfie, which has since been reposted by fan accounts, showing psoriasis patches on her face. She also tweeted about taking medicine for the condition in 2018.

As Insider's Callie Ahlgrim previously reported, psoriasis is "a disease of the immune system that usually produces thick, scaly patches on the skin —  most commonly on elbows and knees, although the patches can affect any area of the body."

This Beauty Swag is Like Your "Don't Forget to Vote" Sign, Only You Can Wear it Everywhere

Activewear Up to 50% Off at the Amazon Sale