Aaron Taylor-Johnson, 30, puts on an affectionate display with wife Sam, 53, as they stroll along the beach in Malibu

They are based in Los Angeles with their two children Wylda Rae and Romy Hero.

But Aaron Taylor-Johnson, 30, and his wife Sam, 53, took some time to themselves as they went for stroll together along the beach in Malibu on Saturday.

The Avengers actor showcased his muscular physique in a pair of red and white patterned swimming trucks before finishing the look with a beige baseball cap and statement shades. 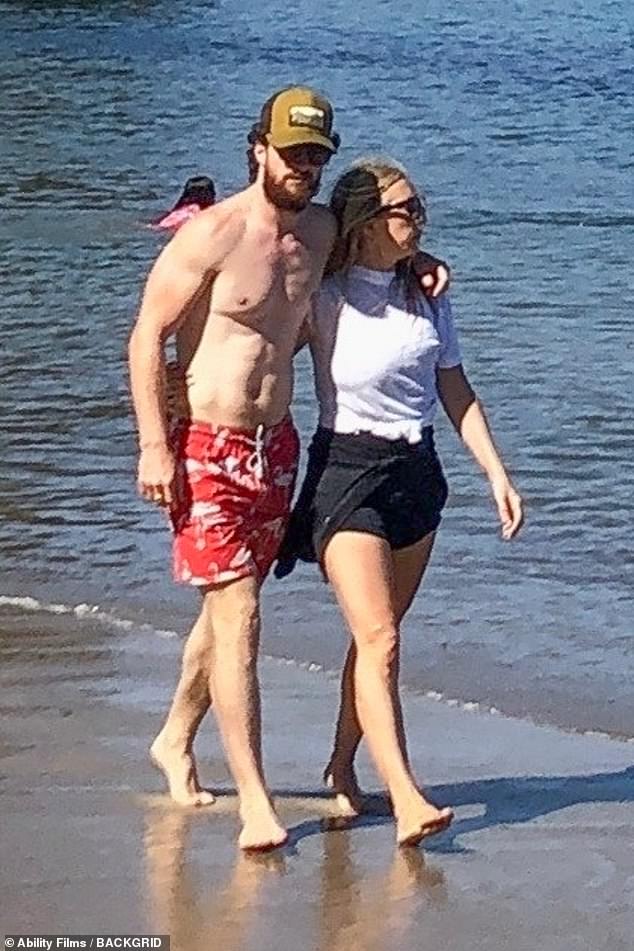 Romantic: Aaron Taylor-Johnson, 30, and his wife Sam, 53, put on an affectionate display as they went for stroll together along the beach in Malibu on Saturday

His wife Sam cut an equally casual figure as she opted for a white T-shirt and loose wrap black shorts.

She accessorised with sunglasses and styled her lengthy tresses poker straight before they were buffeted gently by the breeze.

The pair walked barefoot along the sand as Aaron draped his arm affectionately over Sam’s shoulder who, in turn, had her hand wrapped around his waist. 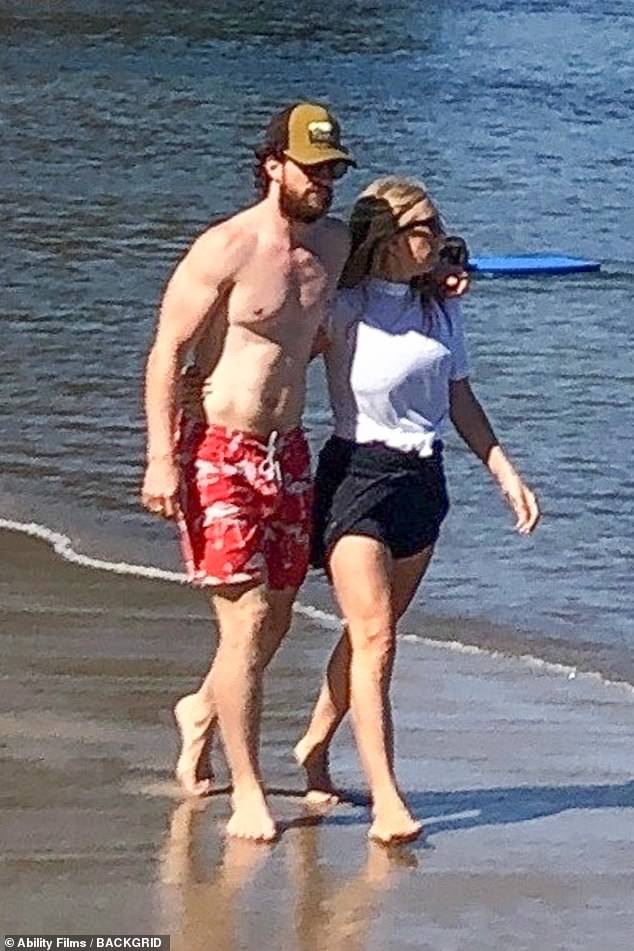 Adorable: The pair walked barefoot along the sand as Aaron draped his arm over Sam’s shoulder who, in turn, had her hand wrapped around his waist

The English pair announced their engagement later that year and married in 2012 with a ceremony in Somerset, England.

At the time of their first collaboration, Aaron went by the surname Johnson, while Sam went by Taylor-Wood, but both adopted the married name Taylor-Johnson.

The lovebirds returned to collaborating in 2018 with their adaptation of James Frey’s pseudo-memoir A Million Little Pieces.

The couple wrote the film together, making it Aaron’s first credited screenwriting gig.

He starred in the movie as Frey, who’s sent to a rehab center after suffering a serious fall while under the influence of drugs.

Aaron is due to appear on screens in the hotly-anticipated Christopher Nolan thriller Tenet, touted to be the first big blockbuster to be released post-lockdown.

Vey little is actually known about the plot, but Tenet has been described as a film set within the world of international espionage. 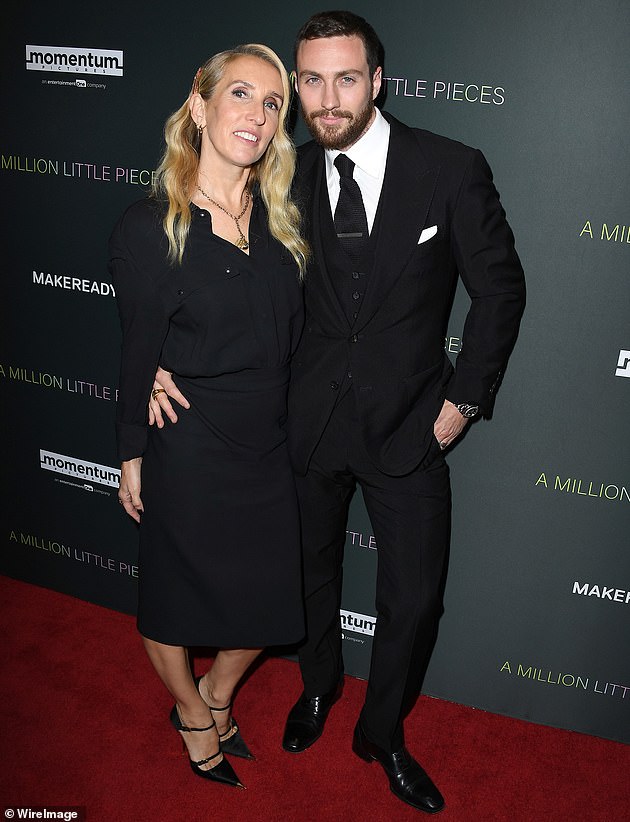 Ageless love: Aaron met his wife Sam in 2009 when he starred in the John Lennon biopic Nowhere Boy, which she directed (pictured together in December)