‘You won’t get off the planet alive’: Anthony Hopkins, 82, admits he’s ‘at peace’ with his ‘inevitable’ death as he marks 60 years in the film industry

Anthony Hopkins has admitted he’s ‘at peace’ with his eventual death as he described life as a ‘terminal condition’ which brings a ‘tremendous freedom.’

The veteran actor, 82, described how he has accepted that his eventual passing is ‘inevitable’ because there is ‘nothing’ he can ‘do about it’.

Sir Anthony, who lives in Los Angeles, spoke about the subject as he prepares to star as a dementia sufferer in The Father which is set for release in January, marking his 60-year career on the big screen. 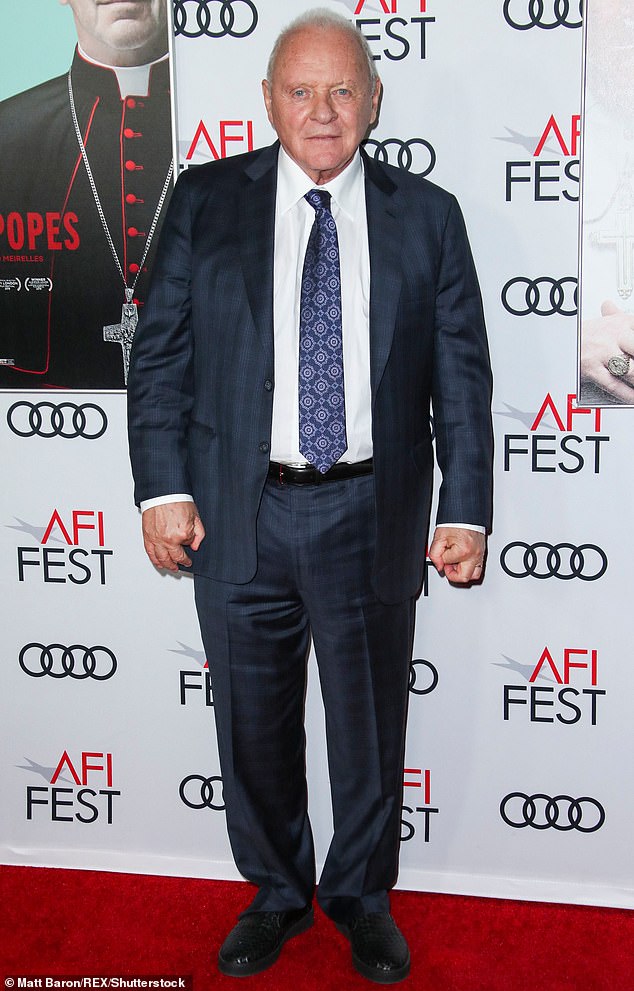 Open: Anthony Hopkins, 82, has revealed that there is a ‘wonderful peacefulness’ to death after describing how ‘life’ is a ‘terminal condition’ which brings a ‘tremendous freedom’

Speaking to The Mirror, the Oscar-winning actor said: ‘Your life is terminal. It’s a terminal condition, you’re not going to get off the planet alive.

‘With that reality there’s a tremendous freedom, a wonderful peacefulness about it.’

The actor made his debut role in the 1960 series A Matter Of Degree before landing his most iconic role as Hannibal Lecter in Silence of the Lambs in 1991. 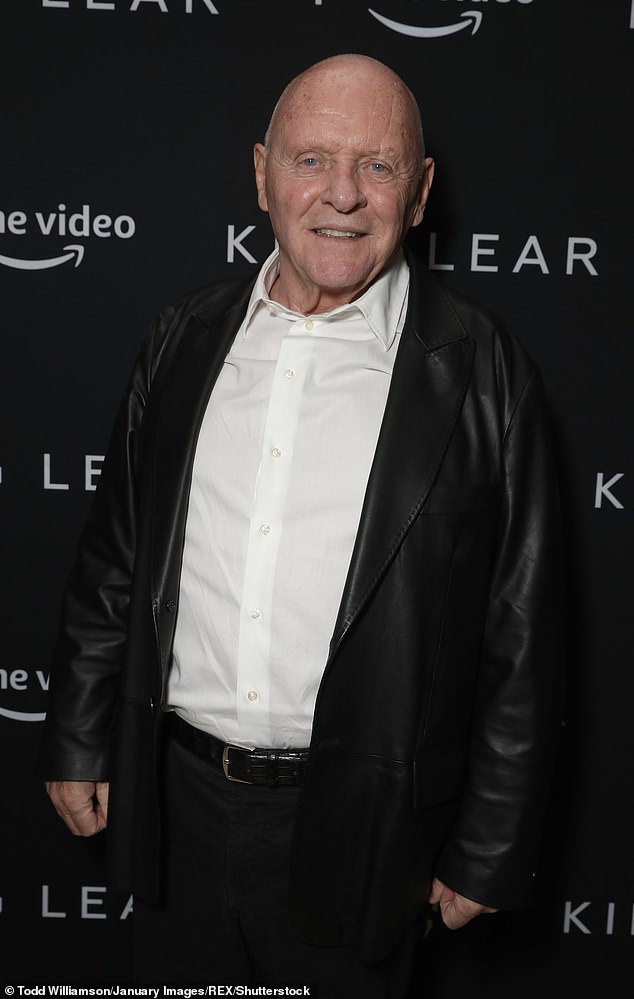 Star: Sir Anthony, who lives in Los Angeles, stars as a dementia sufferer in The Father which is set for release in January marking his 60-year career on the big screen

The actor, who has one daughter, Abigail, 52, at one point revealed he had not spoken to her for 20 years.

He also described how he still feels ‘slightly embarrassed’ when he sees men ‘cry’ but gets ‘tearful’ at the T.S. Elliot poem – The Love Song of J. Alfred Prufrock. 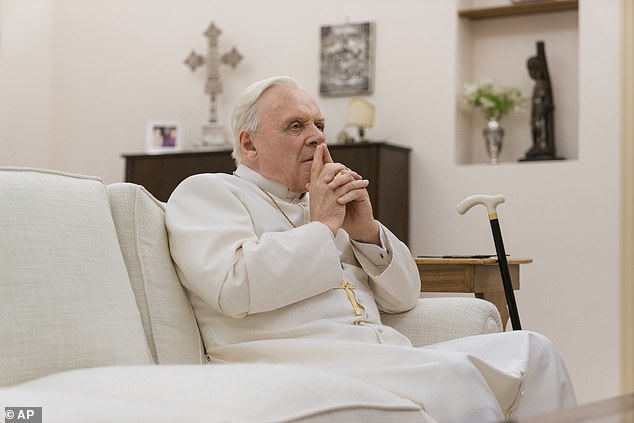 Earlier this year Sir Anthony thanked his fans for their well-wishes as he gave an update after reaching day 10 of his voluntary isolation in March.

The actor revealed in an Instagram video that he’d been painting to pass the time, showcasing his impressive artwork as he did so.

Looking cheerful in a sky blue shirt and dark trousers, the Silence of the Lambs star addressed the camera as he revealed what he’s been up to while remaining in his home.

He said: ‘Hello everyone, well thank you for your generous compliments and well-wishes. As you see I’m in self-quarantine, I’m 82 years of age I’ve found lots of things to do.’ 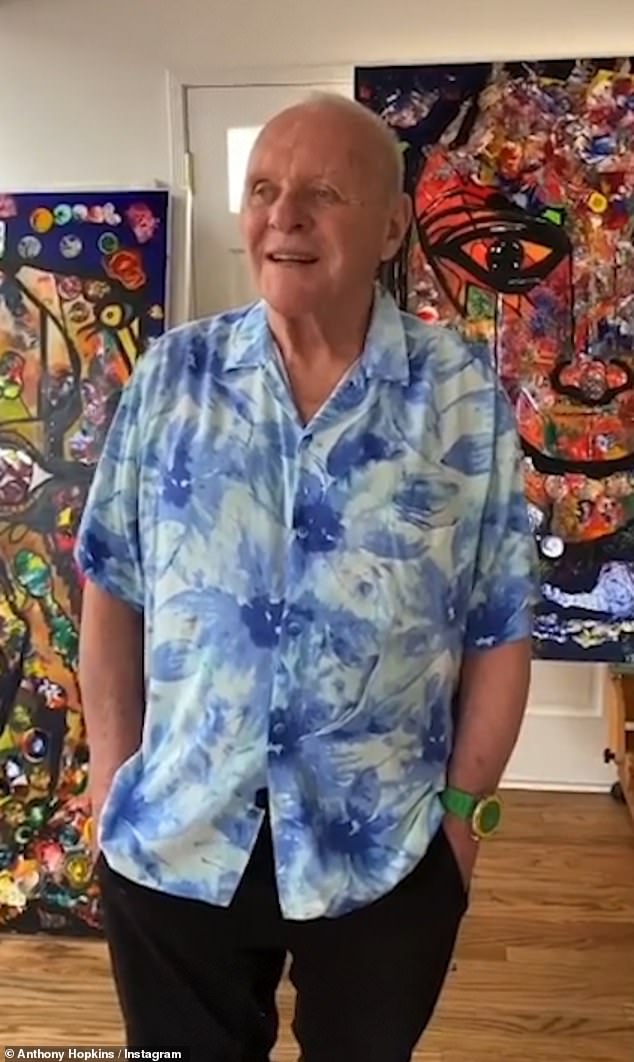 Keeping busy: He revealed in an Instagram video in March that he’d been painting to pass the time, showcasing his impressive artwork as he did so

Addressing his pet cat, he continued: ‘For example, I played the piano for Niblo, he’s busy at the moment, he’s writing his memoirs!’

The star then went on to reveal one of the many activities he’s been doing while in isolation, adding: ‘I’ve also been painting, these are my latest paintings, just for the fun of it. I’m afraid Niblo does not really approve of my work, I think he’s probably a better painter than me.’

A representative for the Oscar Winner told Page Six at the time that he was well and opted to enter a ‘totally voluntary and preventative’ self-isolation.

His wife Stella also confirmed that the star was still feeling well and that he has been staying at home with their cat ‘painting, playing the piano and reading.’

MailOnline has contacted representatives for Anthony Hopkins for further comment. 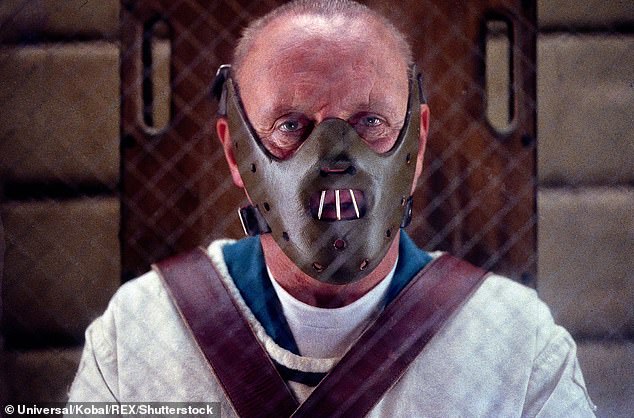 Actor: Sir Anthony starred as Hannibal Lecter in Silence of the Lambs in 1991

TALK OF THE TOWN: