Former US President Barack Obama certainly knows his rap! The politician proved he knows all the words to Eminem’s ‘Lose Yourself’ in a new video.

Barack Obama, 59, might just be the coolest US President in history. In an effort to reach Millennials and Gen Z’ers with his new book, A Promised Land, the former leader of the free world is bringing portions of it to Instagram with a new series. Production company ATTN: revealed on December 11 that they will release a five-part video series highlighting some of the most important themes from the 44th president’s new memoir. ”In my new book, A Promised Land, I share the story of what inspired me to pursue public service and the ups and downs in my first few years of my presidency, but I wanted to share some of the most important moments with you,” Barack said in a clip.

“That’s why I’m teaming up with ATTN: for a new series talking about some of the biggest moments that defined those years for me.” In the first video released by the company, the politician was heard reciting the lyrics to Eminem’s hit 2002 song “Lose Yourself” which he listened to on the 2008 campaign trail. “When I needed inspiration on the presidential campaign, I often turned to music,” Obama said, reading a section from his memoir. “It was that got my head in the right place.” In addition to Eminem, he also listened to JAY-Z‘s “My 1st Song.” 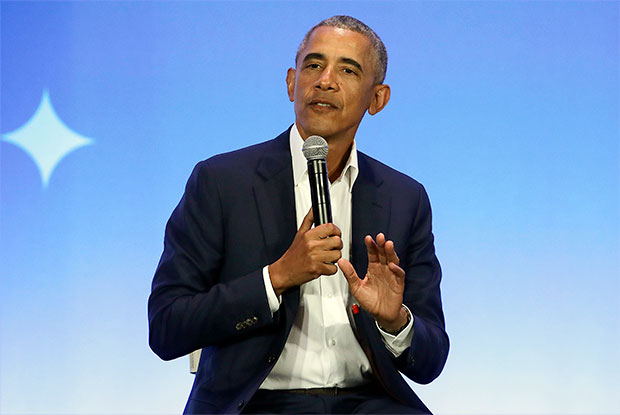 Just days prior, Barack revealed his love for Rihanna‘s music while talking to Jimmy Fallon on the December 4 episode of The Tonight Show. TV host recalled a ‘Slow Jam the News’ segment from Barack’s 2016 visit. Jimmy wanted the politician to “stiffly” sing the chorus to Rihanna’s hit song “Work” but Barack insisted on singing it in a looser fashion, much to the relief of Jimmy. “Are you saying that that would have affected my legacy?” the A Promised Land author asked jokingly. “Because that is a jam, and I know that jam well, so I’m a little insulted that you didn’t think I could pull it off.”