BH90210 meta revival gets canceled by Fox after just one season

Fox announced that it has canceled the BH90210 revival Thursday after just one season.

‘We are so proud to have reunited in a very special summer event one of the network’s legacy series and casts with 90210 fans across the country,’ the network said in a statement.

‘Profound thanks to and respect for Brian [Austin Green], Gabrielle [Carteris], Ian [Ziering], Jason [Priestley], Jennie [Garth], Shannen [Doherty] and Tori [Spelling], who, along with the entire crew and everyone at FOX and CBS Television Studios, poured their hearts and souls into this truly inventive and nostalgic revival,’ the statement added according to an article by The Hollywood Reporter. 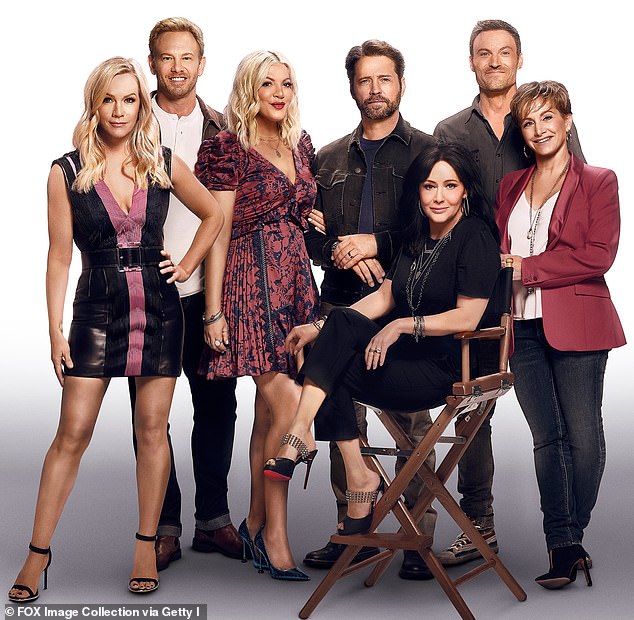 The six-episode revival featured the original stars from the 1990s teen soap playing heightened versions of themselves.

Spelling, 46, and Garth, 47, were co-creators of the series as well as executive producers along with co-creators and showrunners Mike Chessler and Chris Alberghini.

Green, 46, alluded to the cancellation Wednesday on Instagram when a fan asked about the potential for season two.

‘No more. Sorry,’ the actor replied. 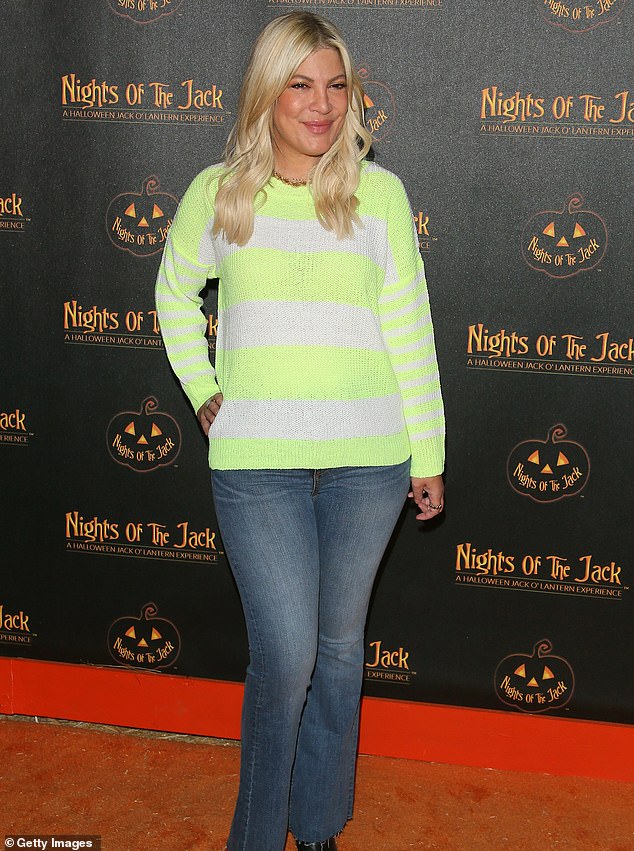 Series co-creator: Tori, shown last month in Calabasas, California, co-created the series with Jennie and both also were executive producers

He posted a photo of the Peach Pit set on his social media accounts Thursday with the caption: ‘What a fun trip back. Thanks to the fans :)))’.

BH90210 premiered in August on Fox and its six-episode run concluded in September.

The meta reboot started strong and was the summer’s highest-rated premiere, but ratings started to plummet. 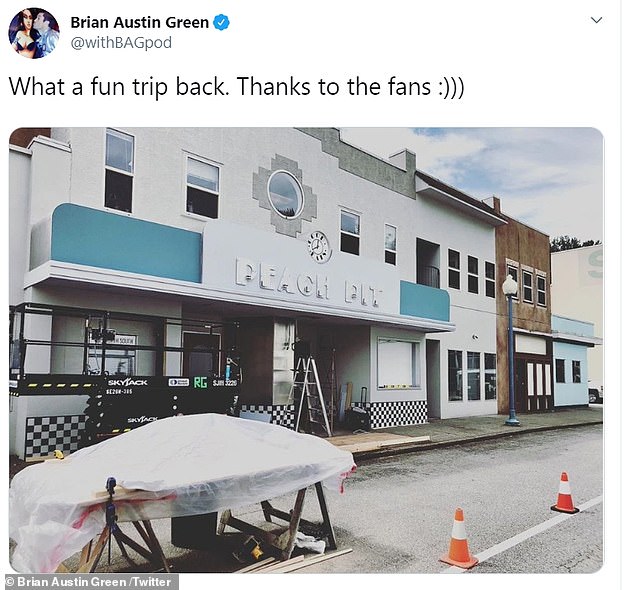 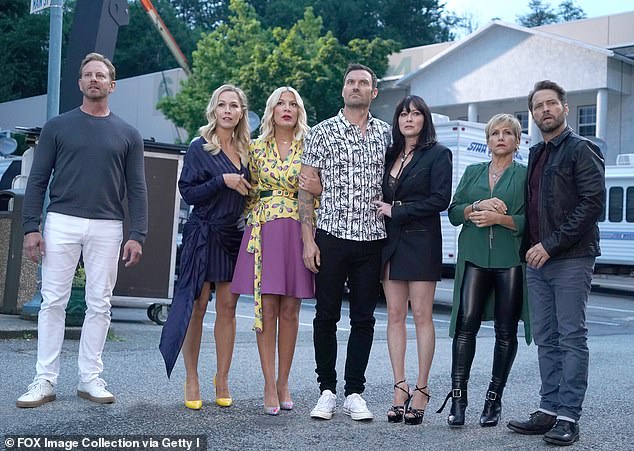 The revival ended with a cliffhanger as the entire cast got up on stage at the Fox upfronts uncertain about the future of their reboot.

Spelling before the series aired was hoping the revival could lead to multiple seasons.

‘We have so many stories to tell that this could keep going season after season, so we hope it does,’ she said in August at the TV Critics Association’s summer press tour. 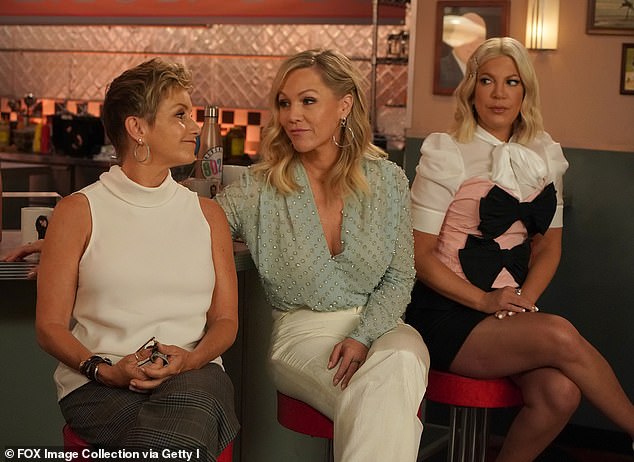 Series finale: Gabrielle, Jennie and Tori are shown in the finale episode that ended on a cliffhanger

Ludwig filed for a ‘dissolution with minor children’ since the couple have parents to two daughters, Mia, eight, and six-year-old Penna, according to an article by US Weekly.

The teen drama also starred the late Luke Perry who was not attached to the revival before his death at age 52 in March following a stroke. 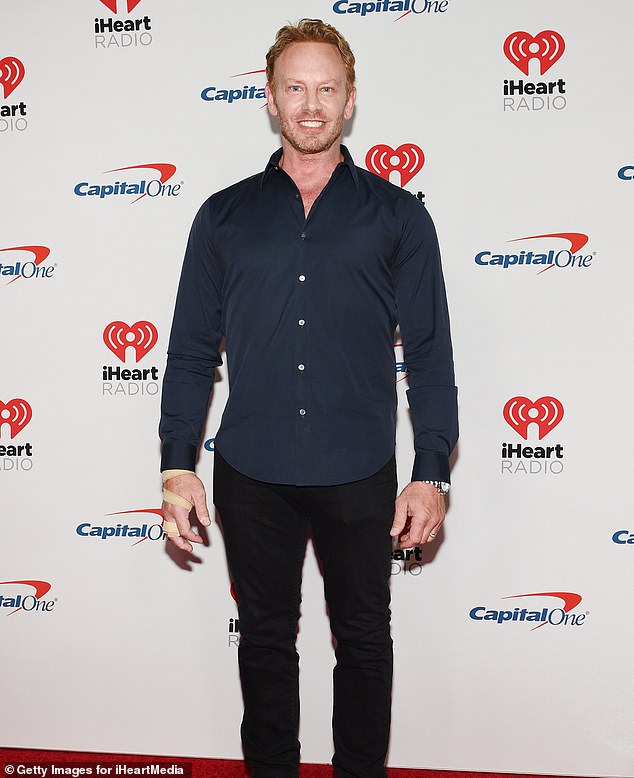 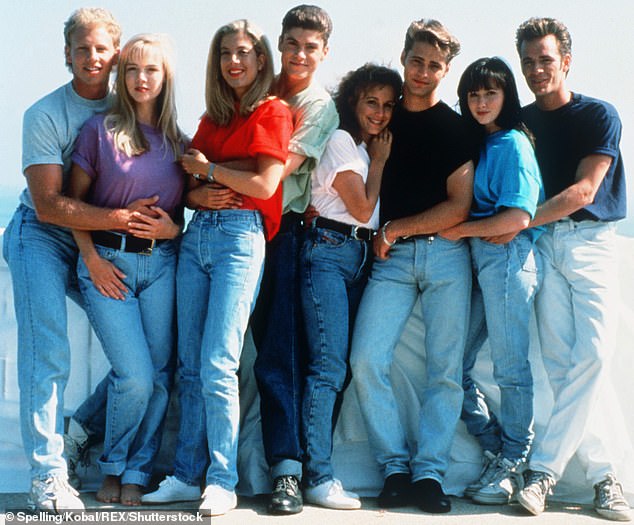 Hit show: The cast of Beverly Hills, 90210 is shown in a still including the late Luke Perry 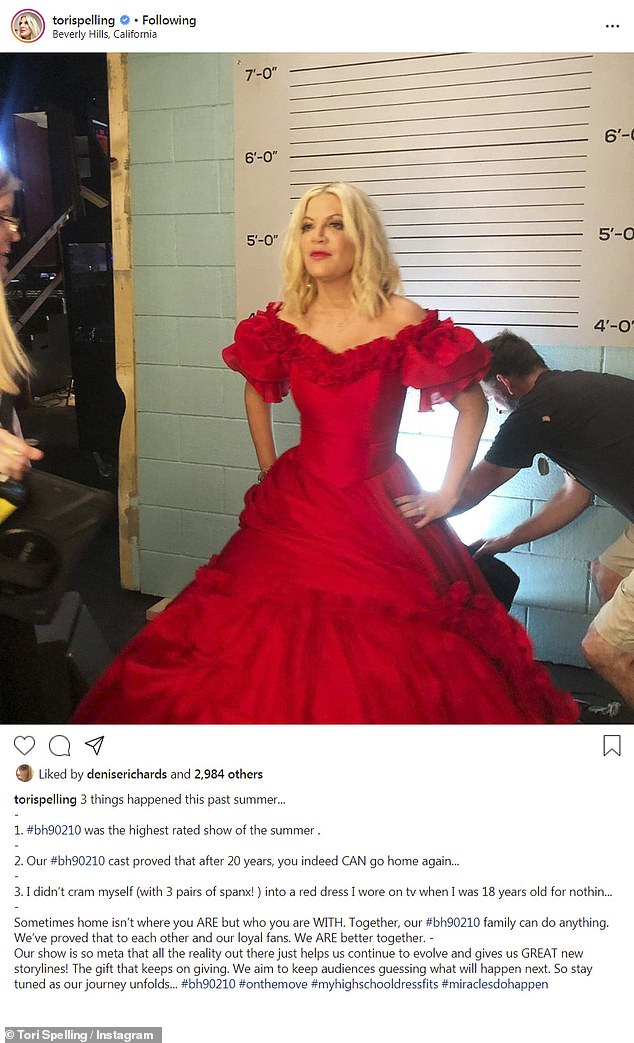