Brooklyn Beckham and his ex-girlfriend Hana Cross risked an awkward run-in on Monday night, when they both showed up at the same exclusive event in London.

Budding photographer Brooklyn, 20, was seen making his way into the LOVE & YouTube Fashion Week party, held at The Standard, within minutes of Hana’s arrival.

Their night out at the same soirée came amid reports that Brooklyn kissing another of his exes, Lexy Panterra, while partying in the English capital over the weekend.

On Monday night, Hana, 22, caught the eye in a black Fendi jacket over a sports bra, which she teamed with dark trousers and mismatched Converse shoes.

Wearing her silky chestnut brown locks in soft waves, she wore a palette of flattering makeup with a dewy finish as she entered the bash with a female friend.

Brooklyn, who looked casually cool in a denim jacket and a black knitted beanie, also opted against arriving alone, entering the venue with male pals. 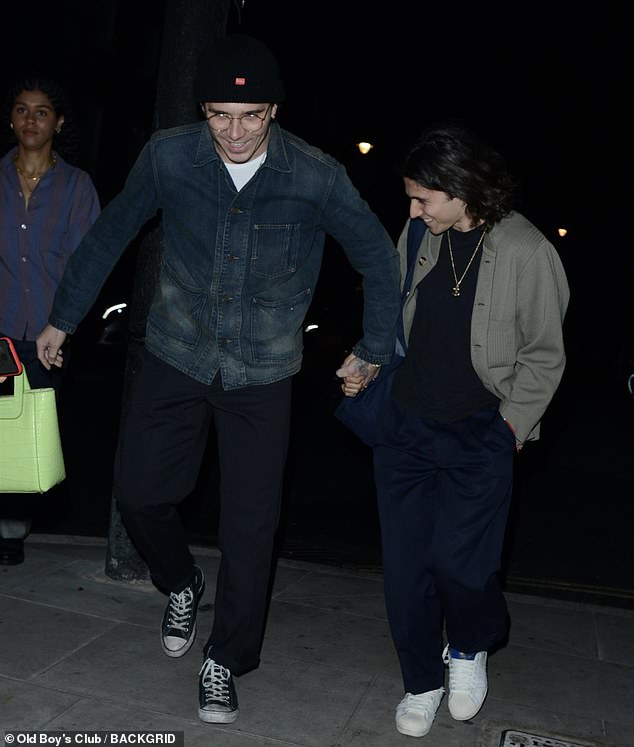 Friends: Budding photographer Brooklyn was seen outside the exclusive event with a male pal

Playful: The 20-year-old appearance to be in a playful mood as he made his way into the bash 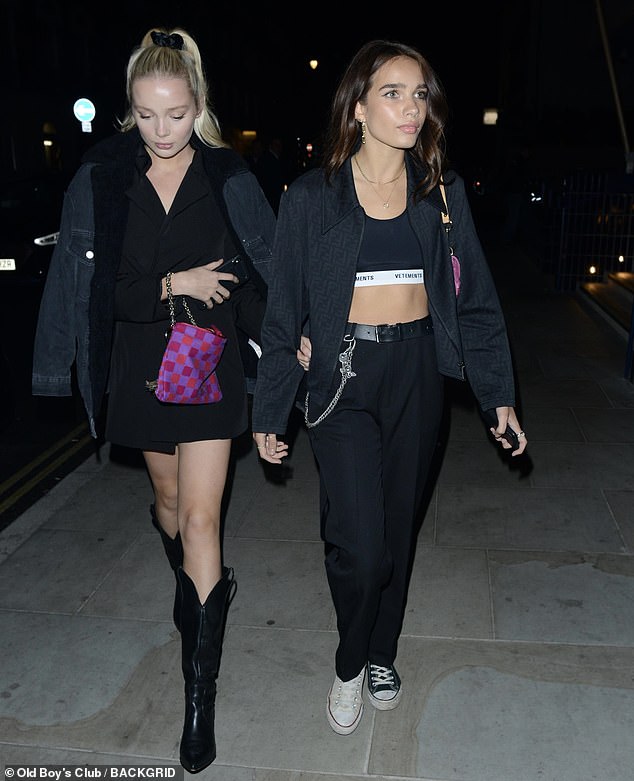 As Brooklyn partied at the bash – where guests were treated to Perrier-Jouët champagne – reports were circulating that he was spotted locking lips with his former girlfriend Lexy, 30, at London hotspot Tape.

A source told Page Six of the pair, who briefly dated in 2018: ‘Brooklyn was very affectionate with her. They were kissing or laughing every time I saw them.’

The news outlet also reported that the pair arrived at the club separately, but left together at the end of the night.

MailOnline has contacted a representative for Brooklyn Beckham for comment. 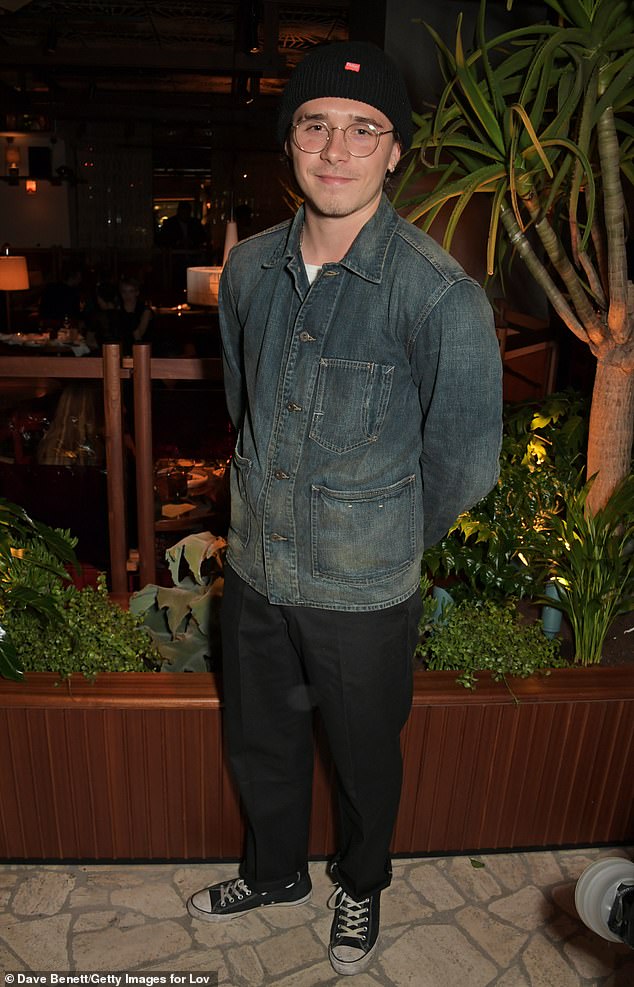 Just warming up: Brooklyn later removed his jacket as he posed for snapshots inside the party 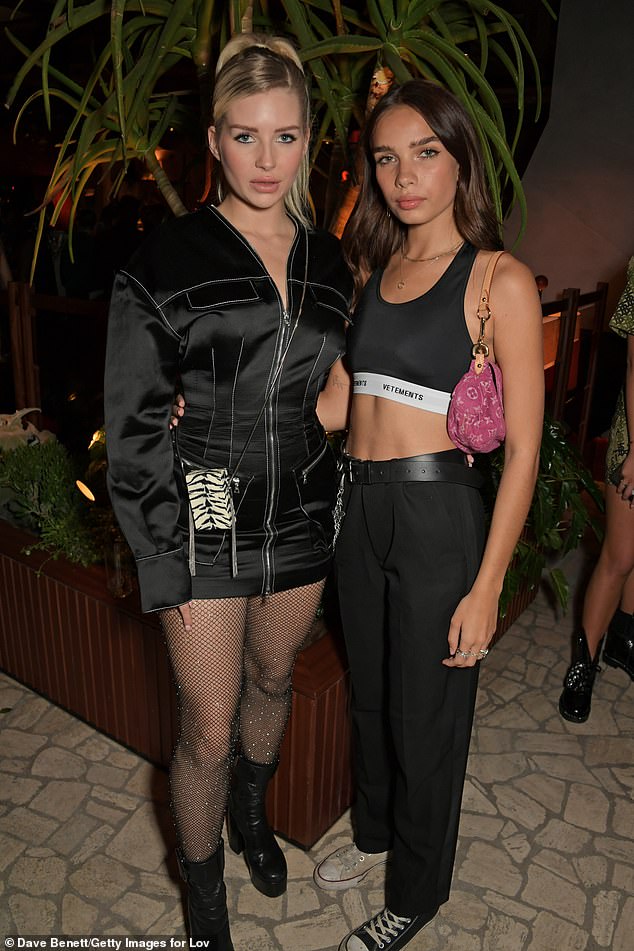 At ease: Hana, who wore mismatched shoes to the event, appeared at ease as she mingled 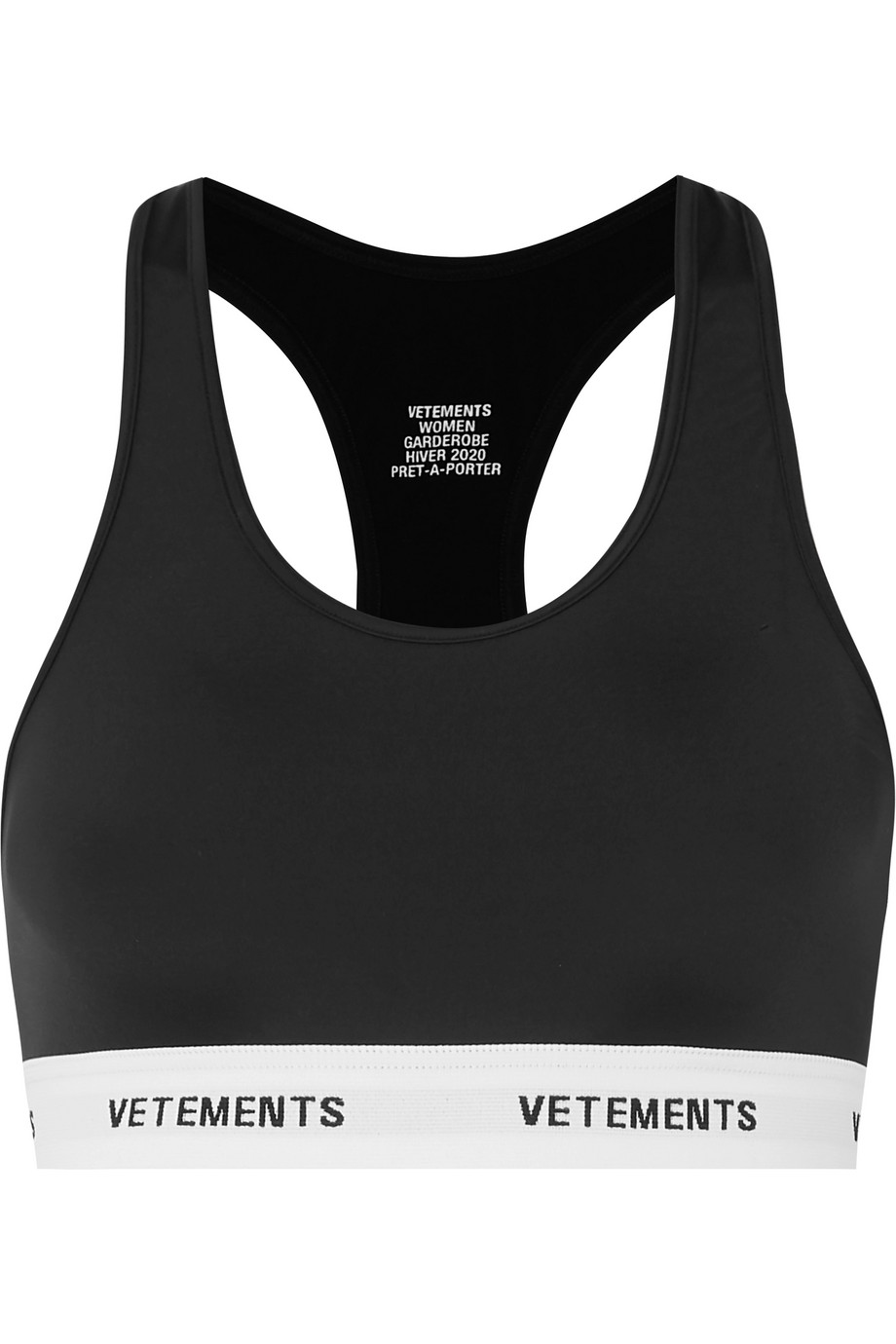 It was also recently reported that Hana was left in tears by ex Brooklyn, after the pair faced an awkward run-in at the Agent Provocateur AW19 campaign launch party.

A source told The Sun that she was consoled by her friends following the tense encounter, and was later seen leaving the party five minutes after Brooklyn.

The source said: ‘They were chatting together and it was very tense. By the end of it I could hear Brooklyn say, ”it is what it is.”

‘He walked off and she went back to her friends looking dejected, but she held it together while her pals comforted her. 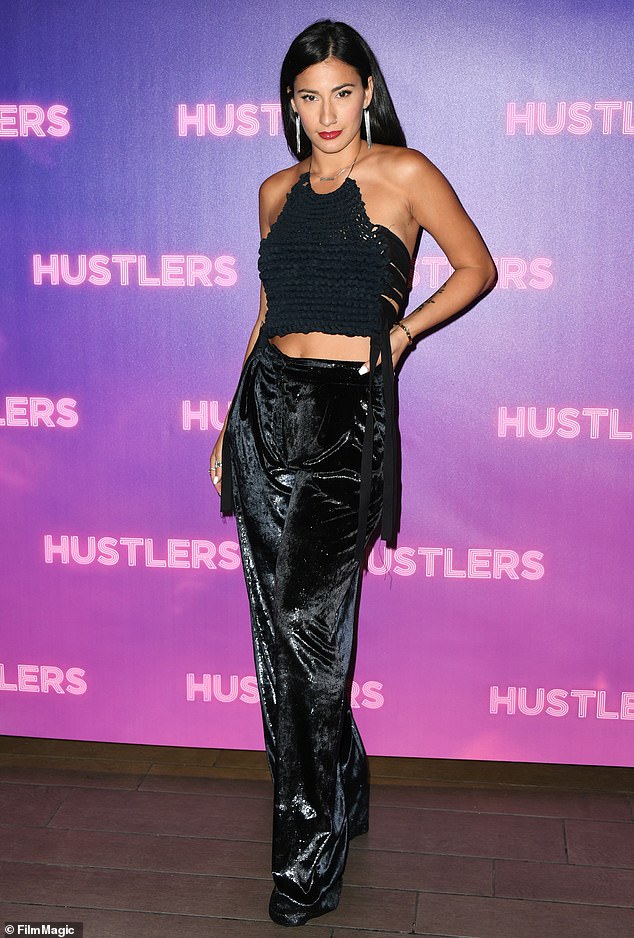 Locking lips? Brooklyn’s outing comes as it’s been claimed that he was spotted kissing his ex Lexy Panterra in a London nightclub over the weekend. Pictured in August 2019 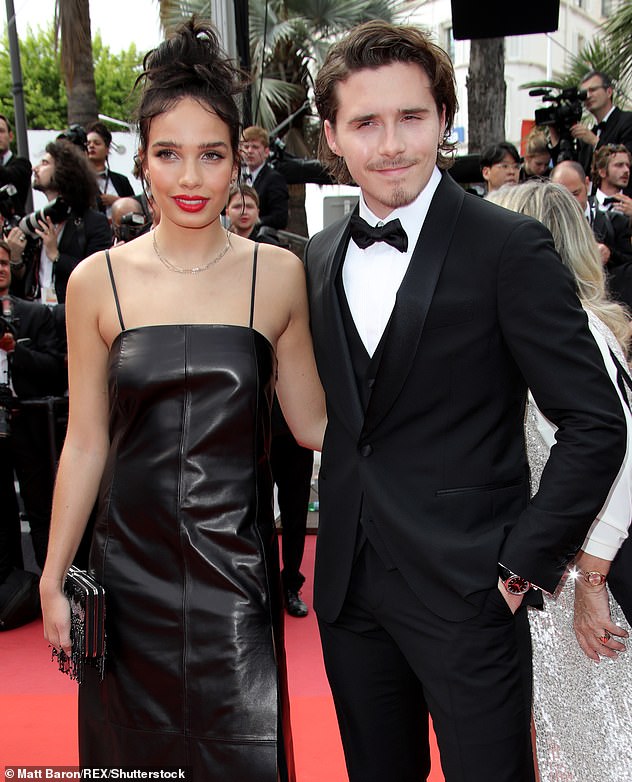 Spat: Hana was reportedly left in tears following a furious argument with her ex-boyfriend Brooklyn last week. Pictured in May 2019

‘She was surrounded by her friends who was telling her not to let him ruin her night and for her to forget about him, but it must be hard seeing your ex out for the first time.’

MailOnline contacted representatives for both stars for comment at the time.

Brooklyn was spotted out and about with a female pal in London earlier in the day, just hours after his run-in with Hana.

Meanwhile, Hana liked Brooklyn’s latest Instagram post and began following him again on the social media site, amid claims the pair have split.

Awkward run-in: It was reported that she was left in tears by ex-boyfriend Brooklyn, after the pair came face-to-face at the Agent Provocateur AW19 campaign launch party

The model showed her appreciation for the photographer’s latest sultry snap – which saw him enjoying drinks on a rooftop – on Wednesday as she re-followed the hunk on Instagram.

But Brooklyn, who boasts more than 11million followers, is yet to return the following favour, although he still has a selection of snaps with Hana on his grid.

In turn, Hana also has several loved-up snaps with Brooklyn on her Instagram, with the last snap posted from Wimbledon on July 15.

An insider previously told MailOnline the pair had called it quits after eight months of dating, in the wake of a string of explosive public rows. 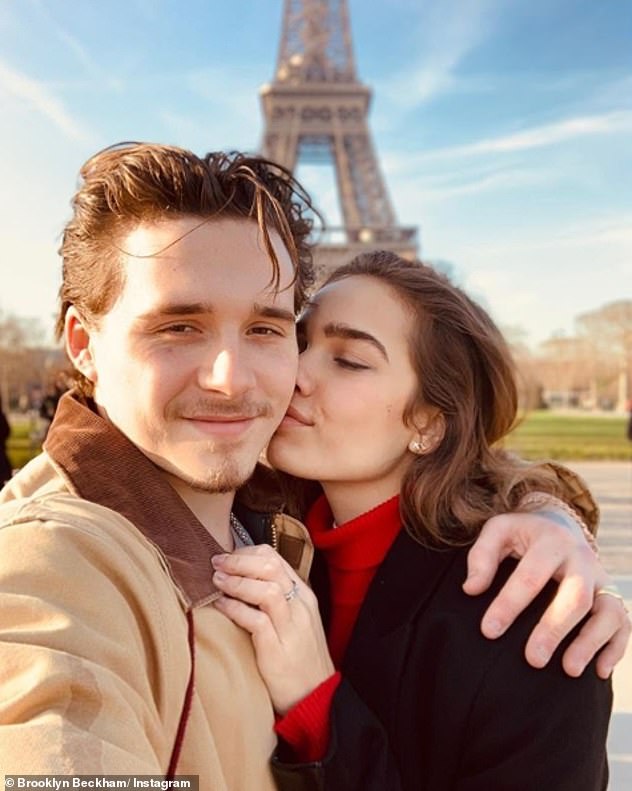 Moving on: Hana liked Brooklyn’s latest Instagram post and began following him again on the social media site, but he is yet to return the favour