Bruce Springsteen beamed proudly as his son Sam with wife Patti Scialfa was sworn in Tuesday as a firefighter with the Jersey City Fire Department.

The 70-year-old rocker and Patti, 66, sat in the front row as Sam, 26, was sworn into the newest class at City Hall during a ceremony with Mayor Steven Fulop. 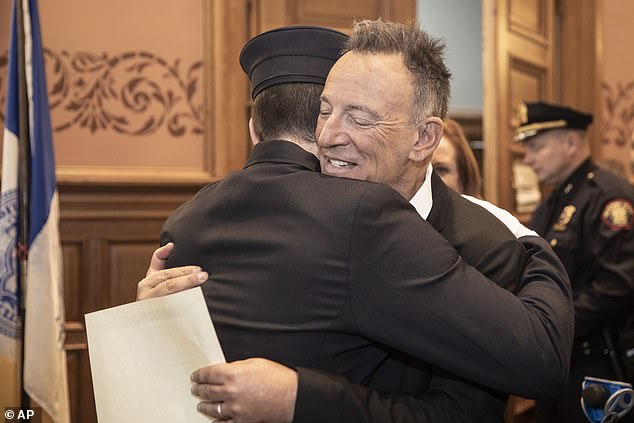 Proud father: Bruce Springsteen hugged his son Sam on Tuesday after he was sworn in as a Jersey City firefighter at City Hall in Jersey City, New Jersey

Sam was sworn into the city fire department along with 15 others.

More than 200 firefighters have been hired since 2013.

The department now has 666 members, its largest number ever. 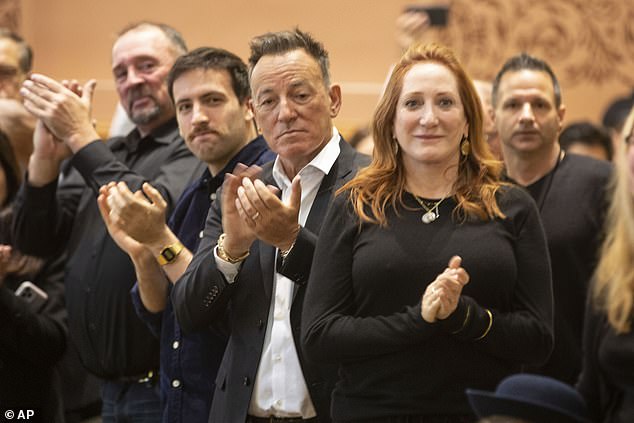 Standing ovation: The 70-year-old rocker and wife Patti Scialfa, 66, sat in the front row and applauded as Sam was sworn in as a firefighter

Patti and Bruce got married in June 1991 at their Los Angeles home in a ceremony attended by family and close friends. Famous father: Sam Springsteen saluted during the swearing in ceremony 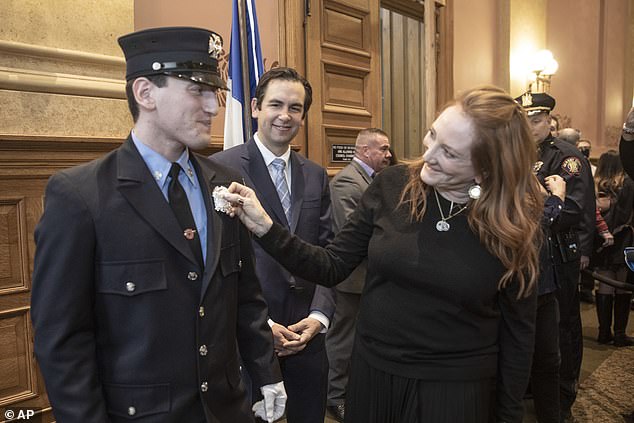 The Boss has sold more than 135 million records worldwide and has won 20 Grammy Awards, two Golden Globes, an Academy Award and a Tony Award for Springsteen On Broadway.

Bruce was inducted in 1999 into the Songwriters Hall Of Fame and the Rock And Roll Hall Of Fame.

He received the Kennedy Center Honors in 2009 and was awarded the Presidential Medal of Freedom in 2016 by President Barack Obama. 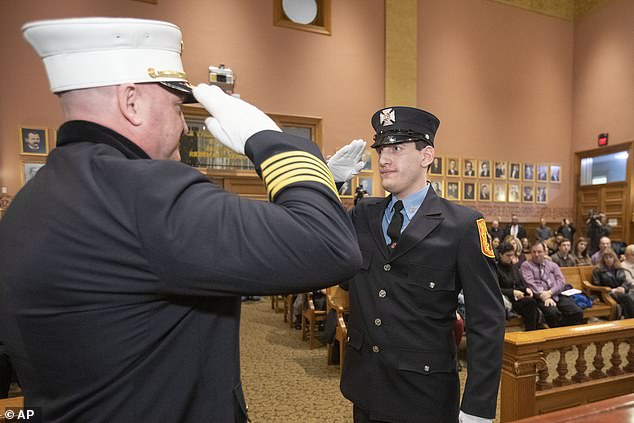 Fire chief: Fire Chief Steven McGill was saluted by Sam during the swearing in ceremony

Brian Austin Green shops for groceries in Malibu without mask

Jill Scott To Star As Mahalia Jackson In Upcoming Biopic

Kylie Jenner slammed by Michael Costello for not tagging designers