Candice Warner struts her stuff in a $10,000 designer outfit

Face of thunder! Candice Warner looks like she means business as she struts to a swanky lunch in a $10,000 designer outfit after her feud with former friend Roxy Jacenko is revealed

Candice Warner showed off her expensive designer taste during an outing in Sydney on Thursday.

The former Ironwoman stunned in floral shorts and a matching shirt from Zimmermann, which totalled $790.

The 35-year-old accessorised with a Louis Vuitton’s stylish Petite Malle handbag, worth $7,850. 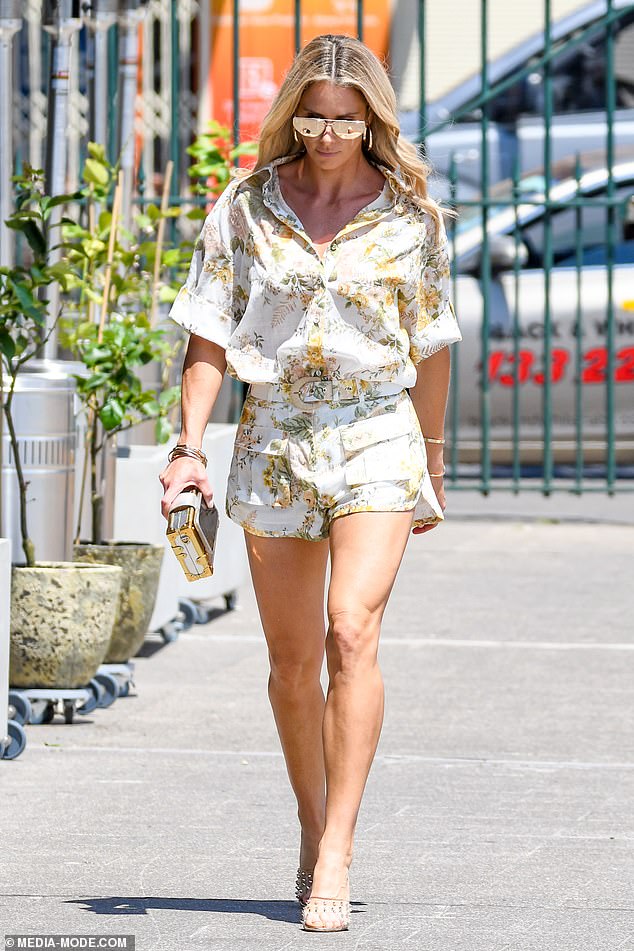 Designer diva! Candice Warner showed off her expensive designer style during an outing in Sydney on Thursday

With the price of her heels, sunglasses and jewellery factored in, Candice’s ensemble would easily be worth $10,000 – if not more.

The blonde beauty was attending a fancy luncheon with Australian rapper Briggs.

Candice’s outing comes after her dramatic falling out with former friend Roxy Jacenko on SAS Australia. 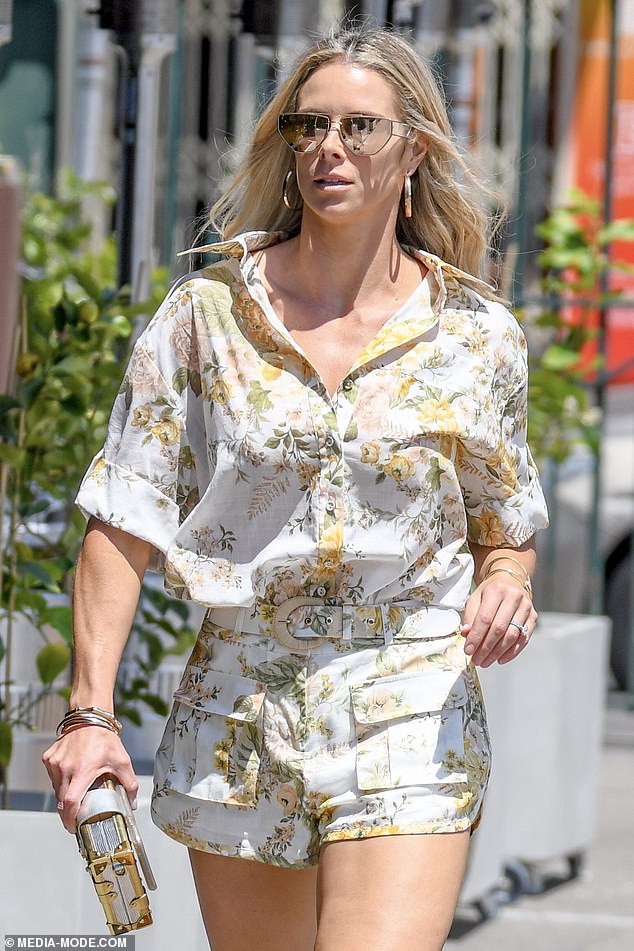 Matching: The former Ironwoman stunned in floral shorts and a matching shirt from Zimmerman, which totalled $790 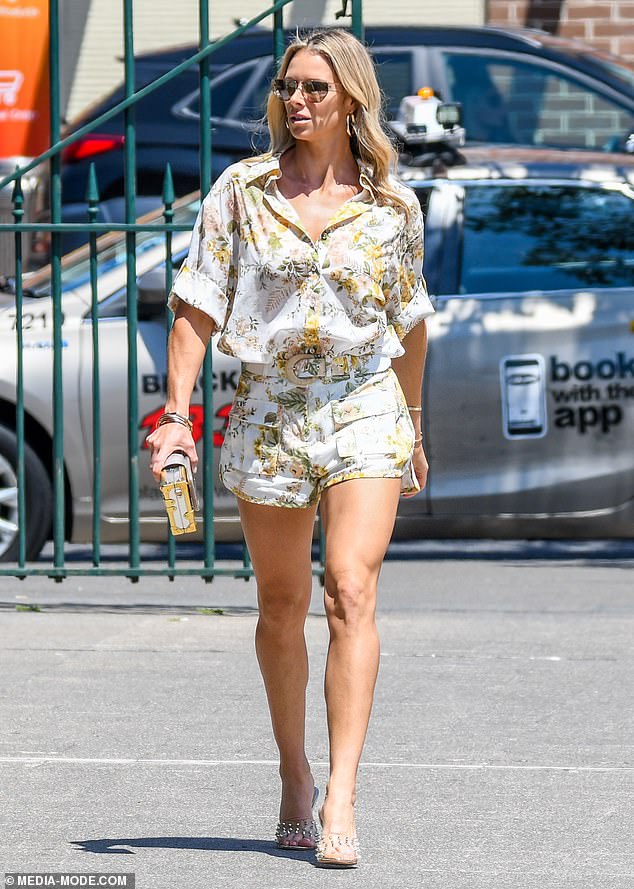 Strutting: The glamorous Ironwoman pounded the pavement with confidence

On Tuesday, Roxy officially ended her friendship with Candice after they competed in a brutal boxing match on the military-inspired show.

The 40-year-old PR guru explained on The Kyle and Jackie O Show that she no longer considers Candice a friend after the women were pitted against each other in a physical fight during Monday’s season premiere.

While the mother of three happily took several swipes at Roxy during the fight, the Sydney publicist refused to retaliate because of their longstanding friendship.

‘You know what? Is [Candice] really my friend anymore? No,’ Roxy raged. 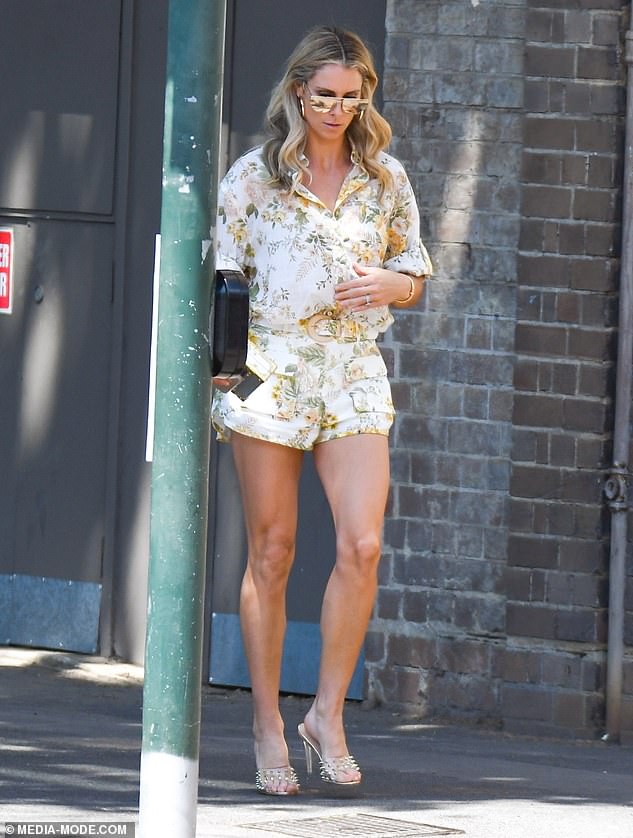 Statement heels: The blonde strutted along in a pair of spiked perspex heels

‘You know why I never hit back? She’s my mate and I’m not going to smack [her] in the face for other people’s entertainment,’ she added.

‘You wouldn’t continue punching when the person – me – turns their back and continue punching them in the back of the head. In boxing, that’s totally not allowed. The reality is, I can’t punch my then-friend in the face for people’s entertainment.’

‘You look back and go, “F**k, I should have whacked her one,” but you know what? I’m bigger than that and I’ve got respect for other people,’ she continued. 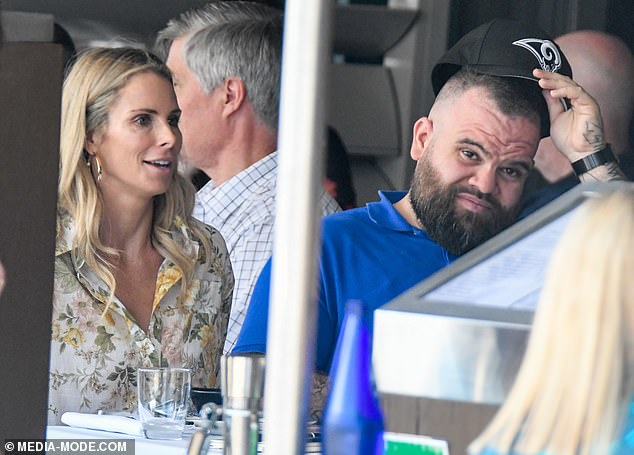 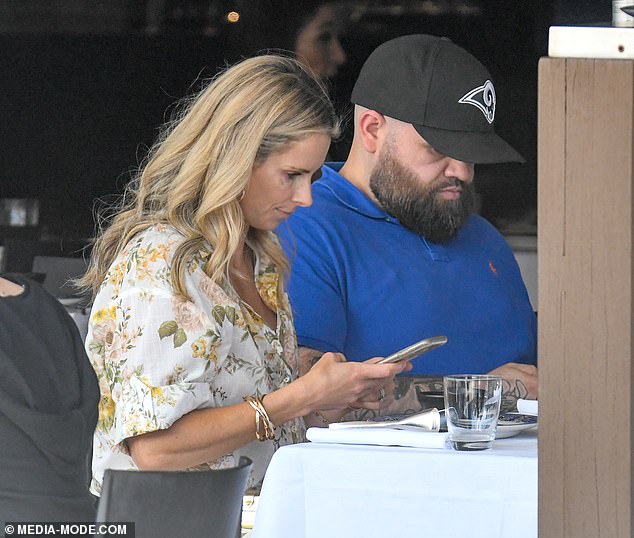 Candy phone home! The blonde beauty was engrossed in her iPhone

Roxy said she reached out to Candice after filming the show in the NSW Snowy Mountains in August and tried to repair their broken friendship.

But instead of accepting the olive branch, Roxy claimed that Candice simply ‘sacked her’ as her manager instead.

‘No, she sacked me instead,’ Roxy laughed. ‘People will always let you down. I believe after what I did for Candice that it was a real smack in the face, pardon the pun.’

Indeed, Candice recently announced she was no longer being represented by Roxy’s influencer management company, The Ministry of Talent.

She is now represented by The Ministry of Talent’s main competitor, The Society Agency. 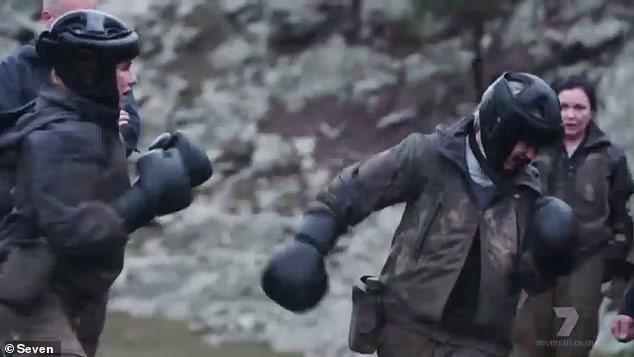