Catherine Zeta-Jones, 49, cuts a chic figure in a brown printed dress as she enjoys a relaxing lunch with husband Michael Douglas, 74, in Capri

They have been married for nearly nineteen years.

And Catherine Zeta-Jones and Michael Douglas looked more smitten than ever as they enjoyed a relaxing lunch in Capri, Italy on Friday.

Pulling out all the stops on their idyllic getaway, the Hollywood actress, 49, cut a chic figure in a brown paisley cover-up and black wide-brimmed hat, while Michael, 74, opted for a bold blue and white printed shirt. 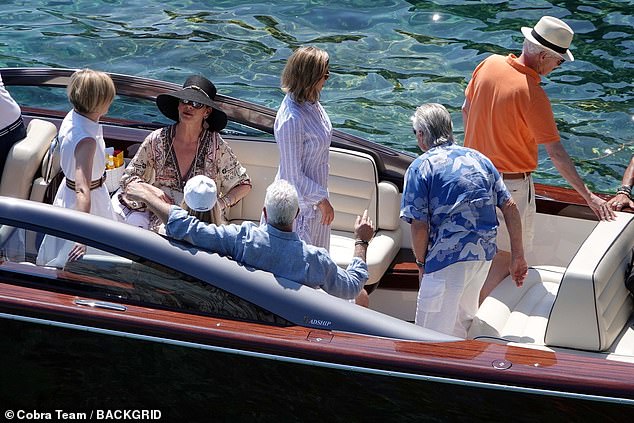 Holiday: Catherine Zeta-Jones and Michael Douglas looked more smitten than ever as they enjoyed a relaxing lunch in Capri, Italy on Friday

As they boarded a luxury speedboat for a spot of lunch, Catherine was putting on a stylish display in the printed brown and beige flowing dress which showed off her summer style credentials.

She tamed her brunette tresses in place with a chic black fedora hat while accessorising with a pair of dangling earrings.

The Douglas family were joined by a slew of other pals who were seen hopping on board the speedboat as they made their way to shore. 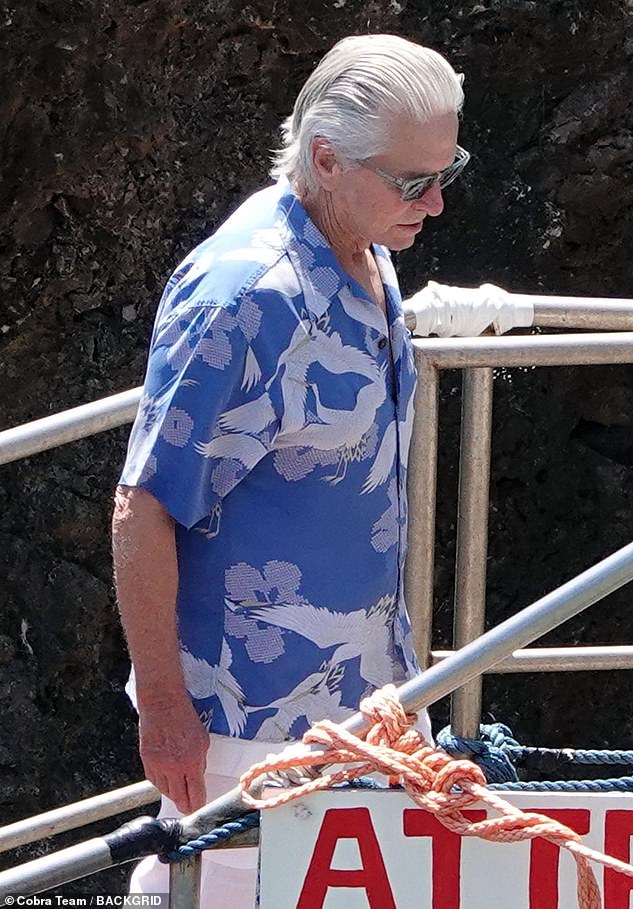 Suave: Pulling out all the stops on their idyllic getaway, the Hollywood actor, 74, opted for a bold blue and white printed shirt 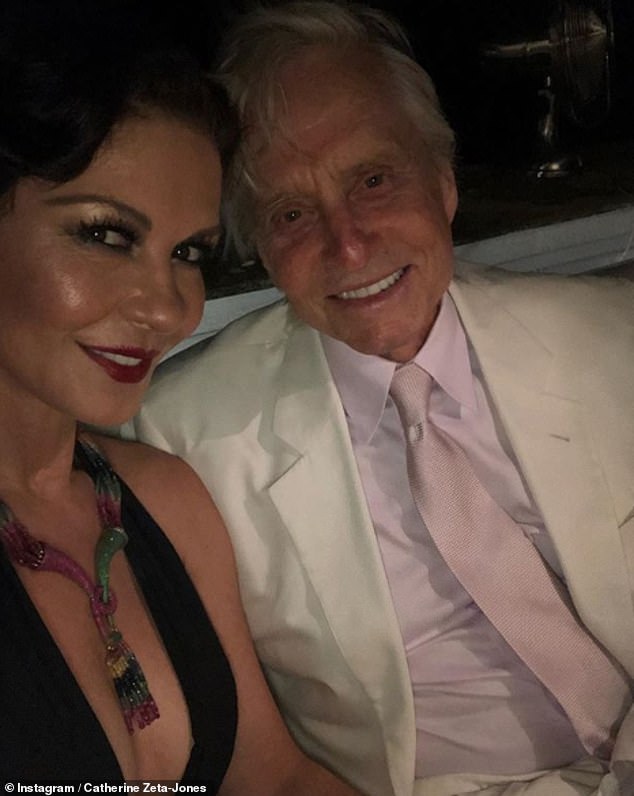 Close: As they enjoyed the holiday Catherine also shared a loved-up selfie with Michael during celebrations for a friend’s birthday in Capri 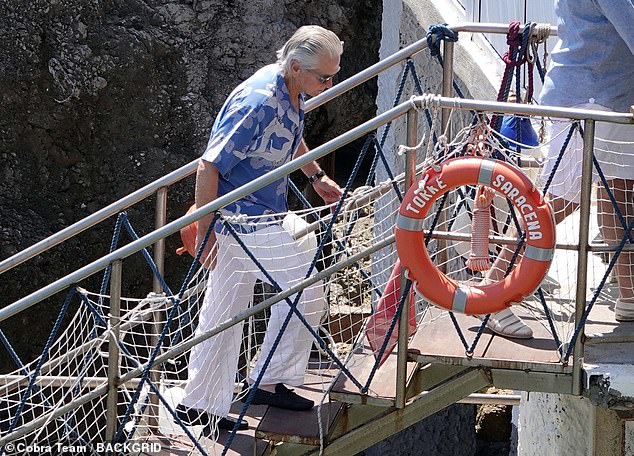 Looking good: The Wall Street star was dressed for a casual outing with his loved-up ones as they continue to enjoy a sunny Italian getaway 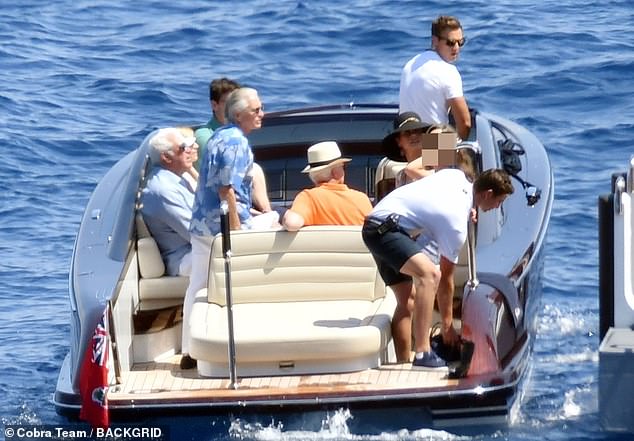 Relaxing: Joined by a group of pals, the couple climbed aboard a speedboat to the mainland before heading for a spot of lunch

Lovely: Catherine cut a stylish figure in a brown and beige printed beach dress and oversized black wide-brimmed hat as she stepped out with husband Michael (right) 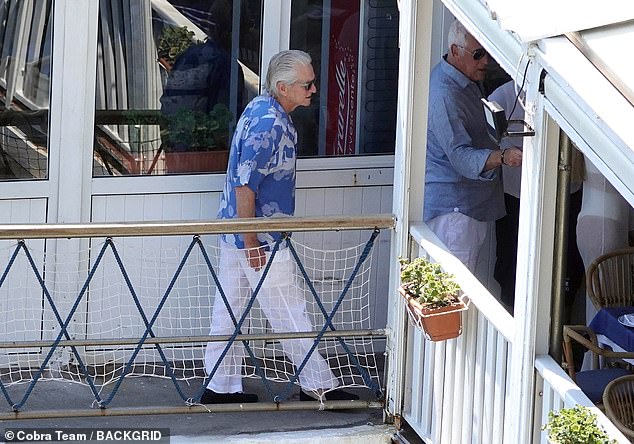 Time for lunch: Once on dry land, the clan seemed to have worked up an appetite and made their way to an eatery

Once on dry land, the clan seemed to have worked up an appetite and made their way to an eatery.

Michael was also dressed the part in a funky baby blue shirt which he teamed with a white trousers.

The Wall Street star looked every inch the suave Hollywood veteran as he finished his holiday ensemble with simple sunglasses.

Catherine and Michael, who are also parents to son Dylan, 18, are set to celebrate their 19-year wedding anniversary in November. 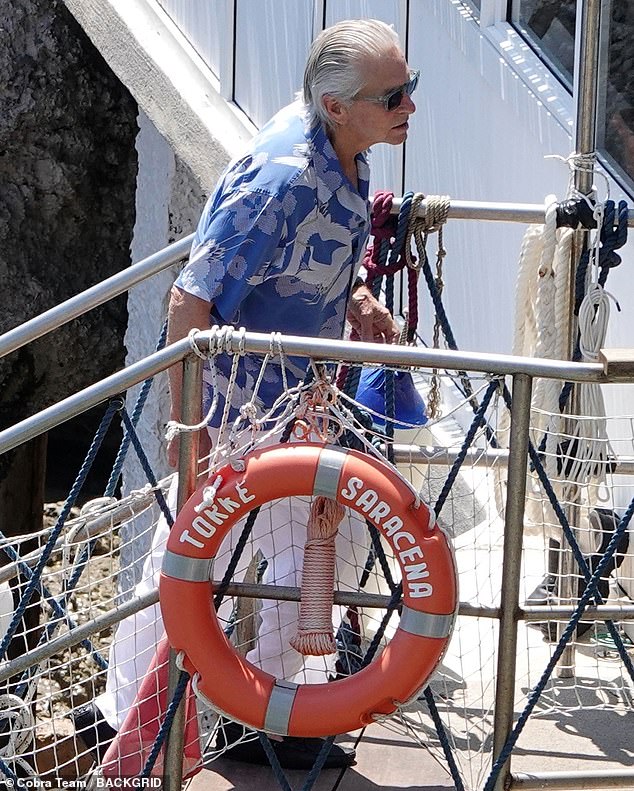 Great: Michael showed he was still a young man in the style stakes with his jazzy ensemble as he enjoyed the outing with a group of pals 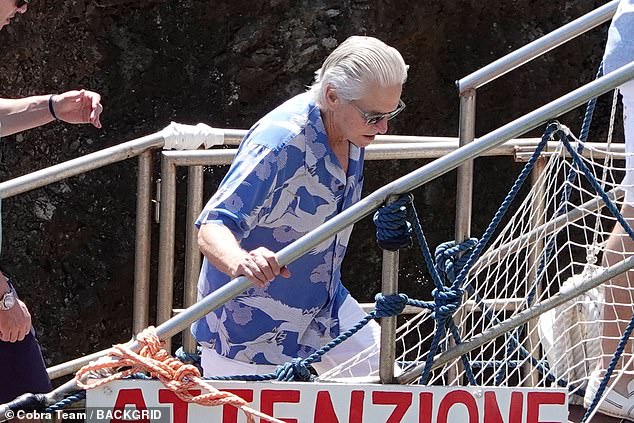 Busy: The Ant Man star was in good spirits as he stepped out with wife Catherine for a spot of lunch 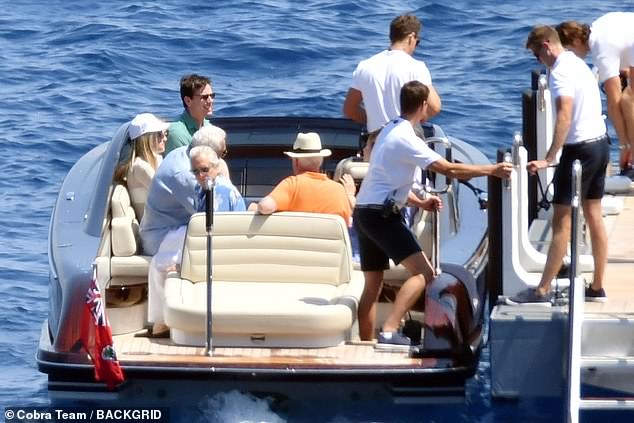 Quick ride: The group took a speedboat to the mainland as part of their relaxing outing in the Italian sunshine 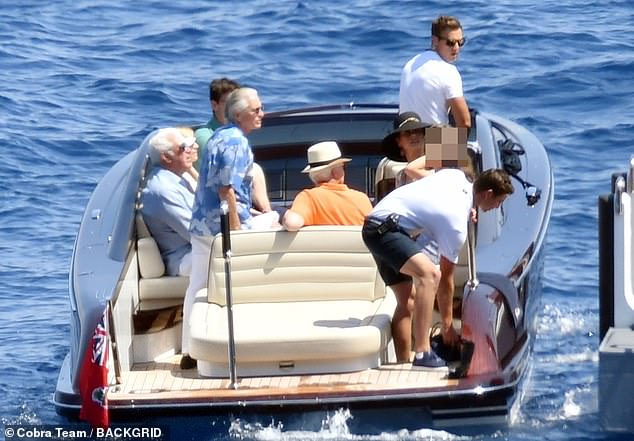 Jovial: The group chatted in animated fashion as they headed for a spot of lunch together 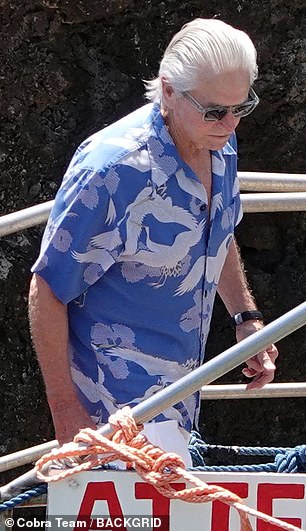 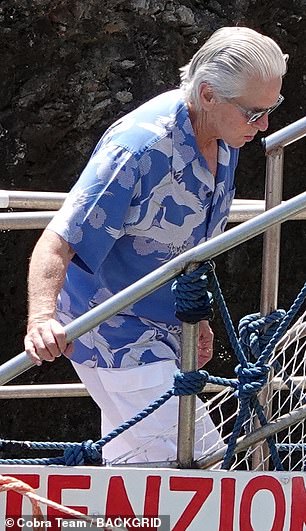 Smart: Michael opted for an unusually casual ensemble as he teamed the statement blue shirt with white linen trousers

Michael recently discussed his marriage to Catherine after winning Best Actor – Television Series Musical or Comedy for his work in The Kominsky Method at the Golden Globe Awards in January.

He explained: ‘I think the fact that we’re in the same industry really helps us to understand what is going on.

‘It was great for her to be here tonight and to share one of those nice things where your partner totally understands what’s going on.’ 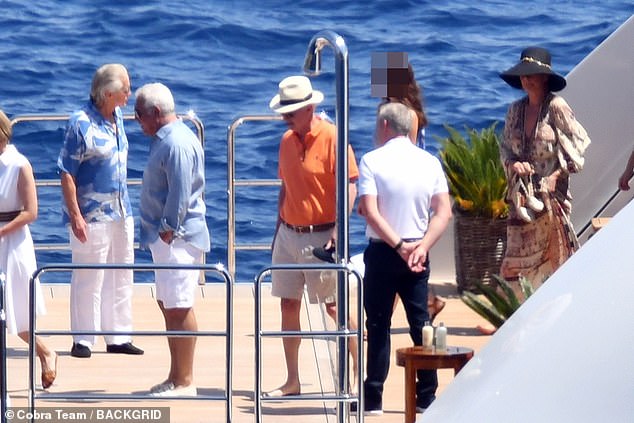 Close: Michael and Catherine (above and far right) have been married for almost 19 years, and will mark their anniversary in November

Kim Kardashian is 'in talks' with Coty for a cosmetics line