CHRISTOPHER STEVENS reviews the return of I'm A Celebrity

Forget the Jungle torture – I can’t bear the tedium: CHRISTOPHER STEVENS reviews the return of I’m A Celebrity… Get Me Out of Here!

More kangaroo shank, anyone? Garnished with a dead spider and burnt rice… delicious.

I’m A Nonentity… I’ll Do Anything For Attention is back for its 19th series, which means more people you’ve never heard of eating things that, if they turned up in a cereal packet at a supermarket, would be your ticket to a five-figure compensation settlement.

But the organisers, bowing to pressure from vegans, have pledged this year that no live bugs will be consumed.

The celebs will bathe in maggots, it’s true, and stand under cascades of stick insects, but any creepy crawlies that get eaten will be certified dead prior to consumption. I’m sure the bugs feel much better about that. 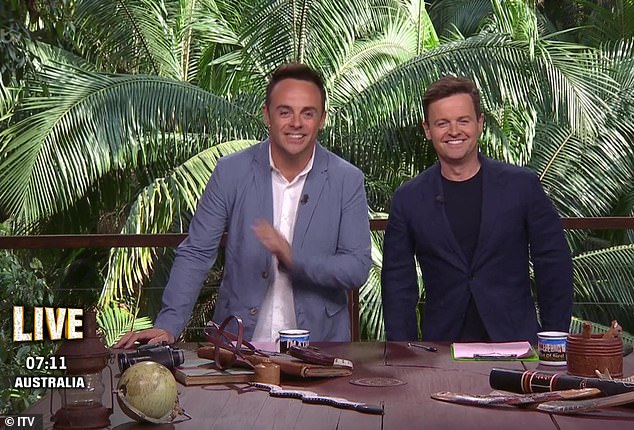 I’m A Nonentity… I’ll Do Anything For Attention is back for its 19th series. Pictured: Ant and Dec host I’m a Celebrity… Get Me Out of Here! (ITV)

We can tell how Kate Garraway and Jacqueline Jossa feel about insects by the way both women used their pants as hairnets at bedtime to keep six-legged intruders out.

That’s just stupid, to reveal phobias on the first day of this torture circus: Now, the more sadistic viewers will be itching to see Kate and Jacqueline up to their shoulders in earwigs… head first.

At least I knew who Kate and Jacqueline used to be, back when they were semi-famous. Second fiddle on GMTV, that one who was on EastEnders – who could forget? Some of the others were sort of recognisable. Nadine Coyle sang backing vocals in Girls Aloud. Ian Wright was that Arsenal striker. 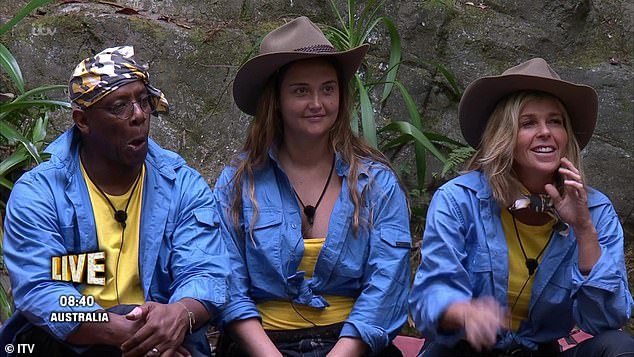 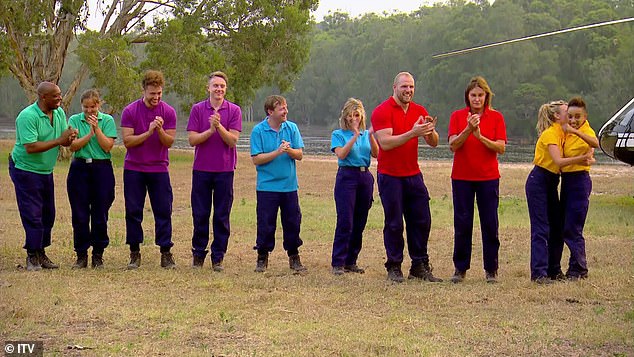 This year’s line up: I’m A Celebrity… Get Me Out of Here! returned to screens last night

But who the bushtucker were Myles Stephenson, or Adele Roberts, or James Haskell, or Andrew Maxwell, or Roman Kemp? My notes say they were either DJs, rugby players, comedians or boy band refugees, but which one’s which is anybody’s guess.

I’m A Celeb loves to dump at least one big name into the jungle and this year it fell to Kate to announce the star. As a speedboat raced past her yacht in the opening scene, she shrieked: ‘Oh my God, that’s Caitlyn Jenner.’

Kate was the last to know the surprise, because viewers had already seen the former Olympian declare that she intended to be crowned Queen of the Jungle. And she didn’t come cheap – presenters Ant and Dec were quick to fuel the rumours that her fee was half a million dollars.

‘Who is going to be the winner? Caitlyn Jenner’s agent by the sound of it,’ quipped Dec Donnelly.

After hosting last year’s series with Holly Willoughby, he was back in tandem with Ant McPartlin, and there were almost no gags about ‘Where have you been?’ – they got all those out of the way last week on their warm-up show, investigating their family histories.

They’ve been doing I’m A Celeb since 2002 and make it appear so effortless that, although Holly was actually pretty good, it looked immediately as if Ant had never been away.

Keen to underline that their links were live, they joked cheekily that some of the challenges were horrible enough to make anyone sweat… provided their sweat glands were actually working.

That was a dig at Prince Andrew and his claim to Emily Maitlis that for many years after the Falklands War he was unable to sweat, owing to a surfeit of adrenaline. The boys liked their joke so much they cracked it twice.

All the razzmattazz of the red carpets and Ferraris, the yacht and the champagne was short-lived. We’re meant to believe that these people live like this all the time, but what viewers want to see is the shrieking hysteria. 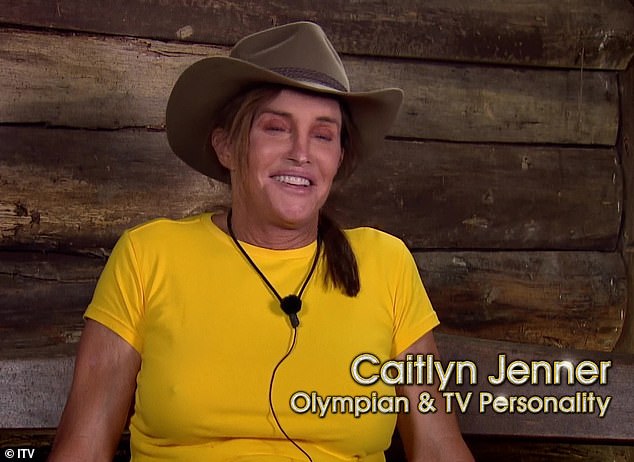 ‘Who is going to be the winner? Caitlyn Jenner’s agent by the sound of it,’ quipped Dec Donnelly 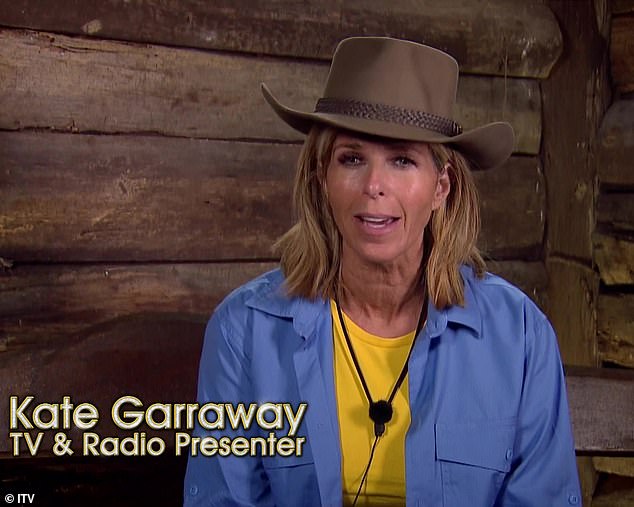 Fortunately, that started early – when the celebs were made to walk the plank off a windswept skyscraper.

The prospect of three whole weeks of this won’t thrill everyone, and that’s not because we’re too squeamish to see nobodies undergo a catalogue of artificial torments. It’s the tedium, not the torture, that makes I’m A Celeb often difficult to watch.

Take that initial challenge –three pairs of stars shuffling along narrow walkways with no handrails, swaying 350ft above the Surfers’ Paradise beach on Queensland’s Gold Coast. The first time we saw it, the footage was enough to induce vertigo. Ant and Dec looked aghast.

The task seemed impossible… and then the celebs had to stand at the end of their planks and stare down, waiting for a light to blink before they pushed a button. The landscape beneath them looked dizzyingly distant.

Then it happened a second time, and by the third all the tension had leached away.

We heard all the same motivational phrases – ‘You can do this’, ‘I believe in you’, ‘You’ve got this’, ‘Proud of you, girl’, with endless high-fives. Get used to this, because there’s going to be a lot of it.

For Caitlyn and Nadine, the challenge was to go skydiving. Caitlyn, a former member of the Kardashian clan (don’t ask for any more explanation than that, it’s too complicated), gave away more than a hint of vanity, boasting: ‘I’m a pilot and I’ve flown for 45 years. Everyone has always asked me over the years, ‘Have you ever jumped?’

Back in the days when Caitlyn was Bruce Jenner, ex-athlete and wannabe actor, he auditioned to be Superman. Now that’s a role that involves skydiving, though with a cape and not a parachute. As it turned out, Christopher Reeve got the part – but then he had talent.

The challenges ended with a box full of insects, and a lot of screaming as the celebs stuck their hands in to be bitten and stung as they fought to find tokens. That’s nothing compared to the first Bushtucker Trial tonight, which will involve a Perspex coffin full of grubs and rats.

All the celebs are desperate for fame. During the next three weeks, they’ll get it… at the price of humiliation and terror. And then we’ll forget them again.

Really, is it worth it?