Claudia Winkleman thanks nurses who helped her daughter after accident

Claudia Winkleman has paid tribute to the nurses who helped take care of her daughter after she was set on fire in a horrific Halloween accident.

In 2014, Claudia’s daughter Matilda, then eight years old, suffered severe burns after her costume brushed a candle and set her on fire while trick or treating.

Writing about the terrifying incident in her book Quite, the TV presenter, 48, thanked the ‘kind and clever’ medical staff who stepped in to assist her little one. 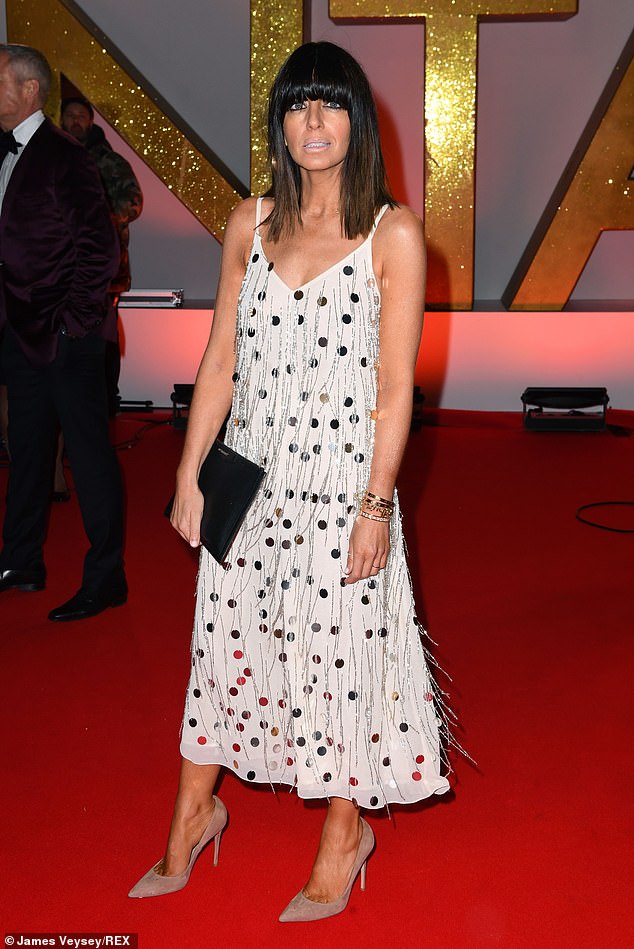 Thankful: Claudia Winkleman has paid tribute to the ‘kind and clever’ nurses who helped take care of her daughter Matilda after she was set on fire in a horror accident

In a passage from the novel, she explained: ‘There have been moments in my life, the most terrifying, the most confusing, the most discombobulating – that have led me to believe that the greatest people who walk the earth are nurses.

‘They are kind, they are clever, they work incredibly hard, they are there to save us, or to help us through it when saving is simply not possible. 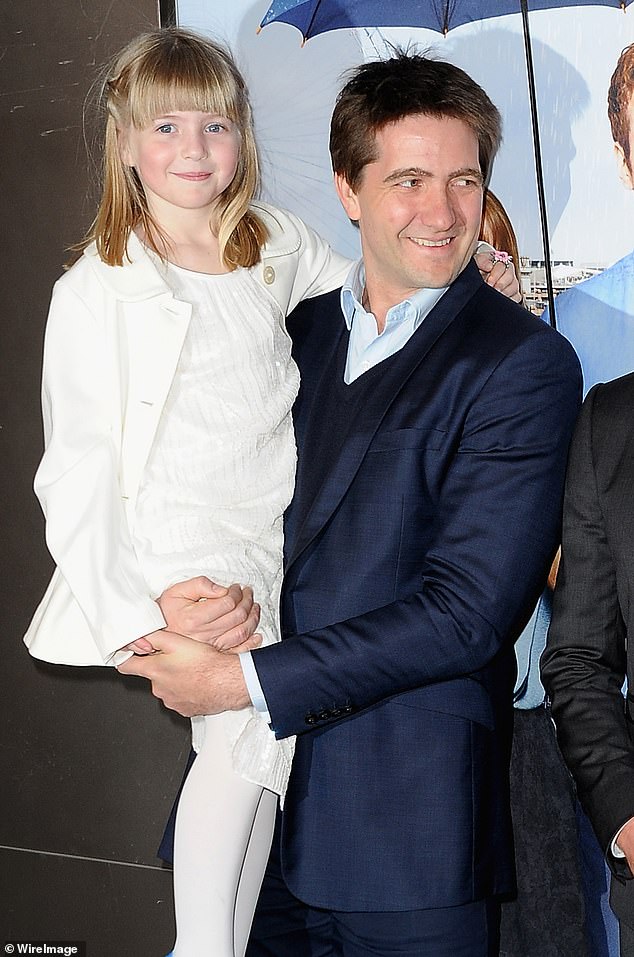 Shock: In 2014, Claudia’s daughter (pictured with her dad Kris Thykier in 2013), then eight, suffered severe burns after her Halloween costume brushed a candle and set her on fire

At the time of the accident, Claudia temporarily stepped down from hosting Strictly Come Dancing and went on to become a staunch campaigner for the safety and regulations around the materials used in children’s fancy dress costumes.

She first opened up about her daughter’s horrifying ordeal on BBC’s Watchdog programme in 2015.

Claudia described the devastating incident as ‘life changing,’ adding: ‘I can’t remember life before it.’ 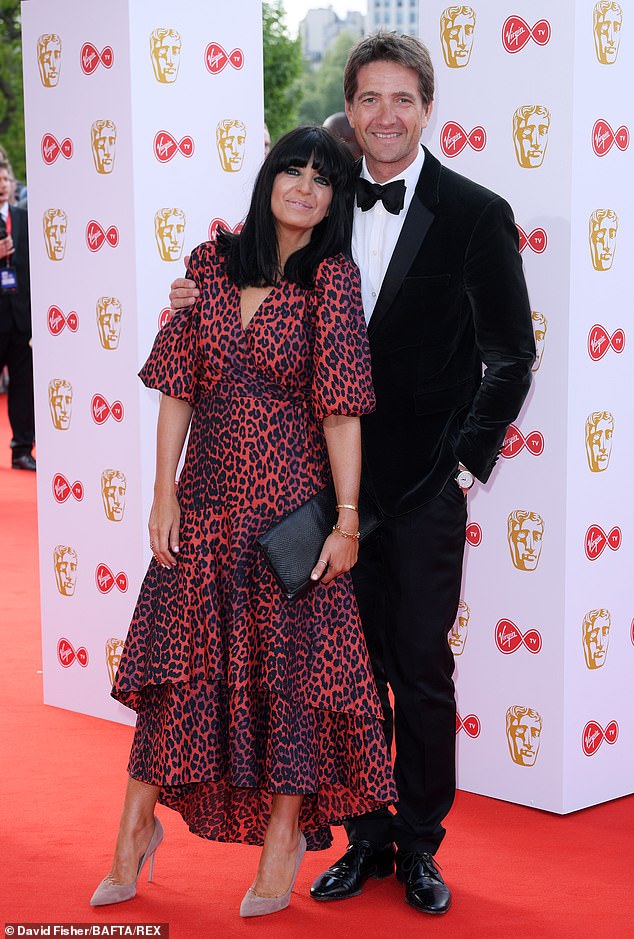 Tribute: In a passage from the novel, Claudia (pictured with Kris in 2018) explained: ‘the greatest people who walk the earth are nurses… they are kind, they are clever’

Matilda suffered severe burns on her legs with neighbour Jamie Poulton sustaining second degree burns after he tried to put her out with his bare hands.

Speaking at the time, Jamie said Matilda’s costume turned into a ‘crackling ball of flame’.

‘All the children were wearing the same kit,’ he told The Daily Mail. ‘It was like a potential horror film in front of me, because they were all going to go.

‘This material just keeps reigniting and re-burning. And it is sticky, so it melts on the skin. It doesn’t cinder. It remains hot. It was horrific to be honest.’ 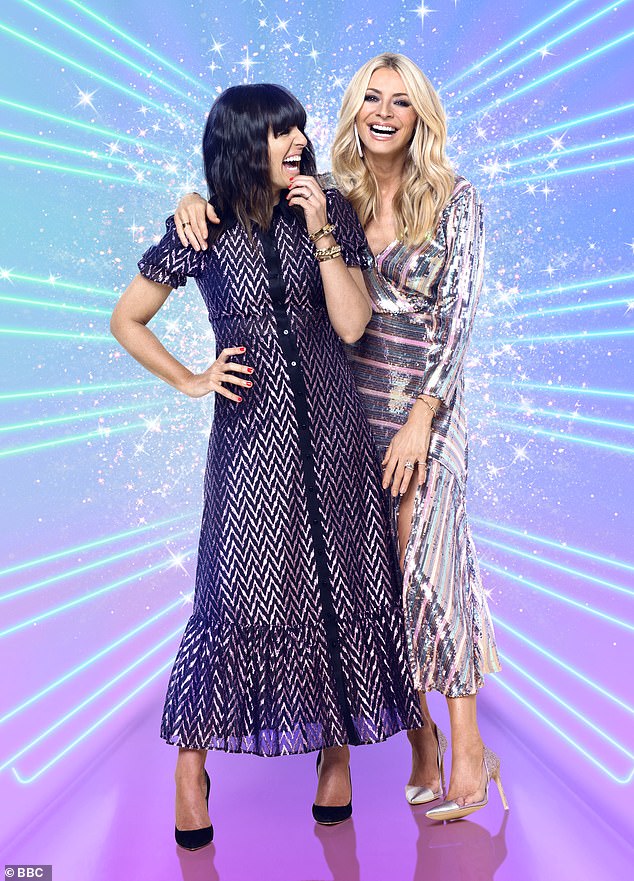 Break: At the time of the accident, Claudia temporarily stepped down from hosting Strictly Come Dancing (pictured with co-host Tess Daly)

Child and adolescent clinical psychologist Tanya Byron was among the first people Claudia contacted after the accident.

The two became friends after working together on BBC3 show The House of Tiny Tearaways in 2005.

Speaking to The Times magazine in January, Claudia said: ‘I just knew I would need Tanya. I did [need her] and she put me back together again, let’s just say that.

‘I am incredibly lucky that I happen to have an incredible friend who happens to be in my eyes the world’s best clinical psychologist and I was facing something that felt difficult.’

She continued: ‘I don’t want to use big words because I have to be respectful to [my daughter] and the rest of my family, but Tanya genuinely, well, she saved me.’

Claudia said she used to ‘replay the trauma’ in the wake of the ordeal and struggled to not be hypervigilant with her daughter and two sons Jake, 16, and Arthur, eight, who she shares with her husband Kris Thykier. 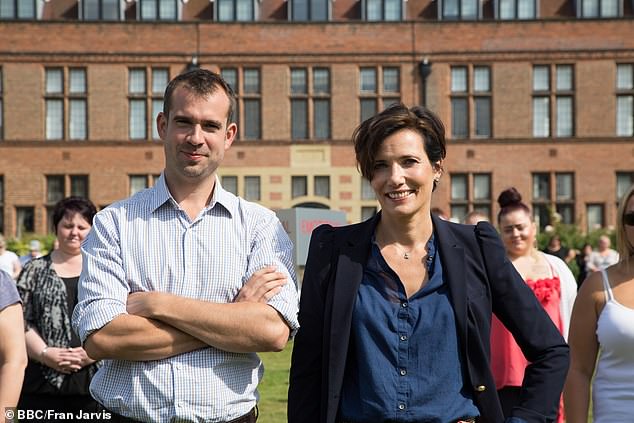 Supportive: Tanya Byron (pictured with Dr Chris van Tulleken on What’s The Right Diet For You?) was an ‘incredible friend’ who helped put Claudia back together after the accident

Lauren Goodger displays her cleavage and midriff in tiny crop-tops

Amelia Gray Hamlin says she is 'thankful' for Scott Disick