Her husband admitted on Friday that he had cheated on her, but they had moved past it and were planning to renew their wedding vows.

And Jacqueline Jossa, 27, has broken her silence by giving fans a glimpse of her happy family life just a day after Dan Osborne’s candid revelations.

In sweet clips shared to Instagram, the former EastEnders star showed her husband doting on their two daughters, Ella and Mia, as they larked around in the living room. 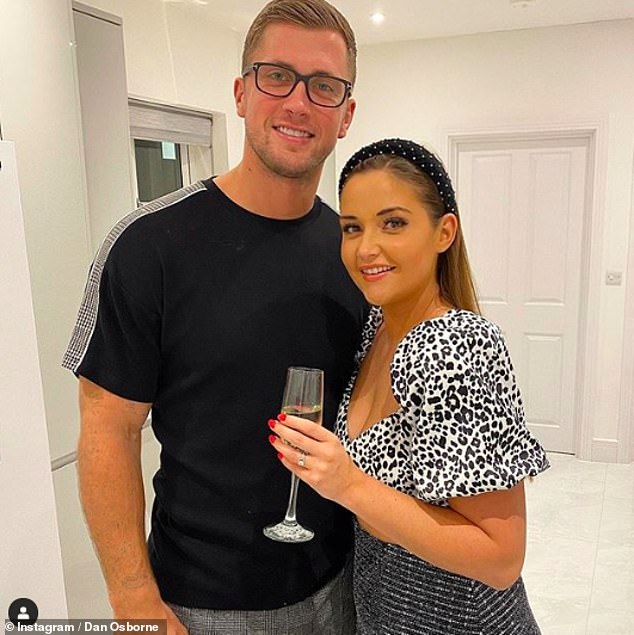 Dan could be seen lifting the girls as if he was doing weights at the gym as the youngsters giggled and Jacqueline laughed from the sofa.

While in other snaps the mother-of-two showed the family enjoying the sunshine with a bouncy castle in the garden and reading Greg Shepherd’s childrens book.

It comes after Dan, 29, said that ‘if it was the other way around’, and Jacqueline had been unfaithful, he would have left her.

He also revealed that he’s previously told his wife of three years that he wouldn’t ‘blame’ her for walking away from their marriage. 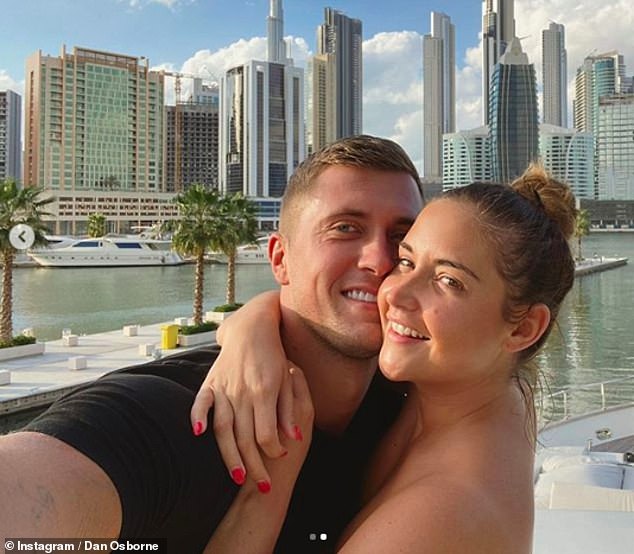 Couple: On Friday Dan, 29, admitted that he had cheated on his wife but that she had forgiven him and they were planning on moving forward and renewing their wedding vows

In a candid interview with The Sun Online, Dan said: ‘There have been times where if it were the other way round, I would have left.

‘I would have gone, so I’ve said to her “I wouldn’t blame you if you left me”. I’ve said that to Jac. If it was the other way around I’d be gone.’

During the interview, Dan also said the couple are focusing on the future, which includes renewing their wedding vows and trying for another baby.

Dan and Jacqueline tied the knot in 2017 and share two daughters Ella, five, and Mia, two. Dan also has a six-year-old son called Teddy from a previous relationship. 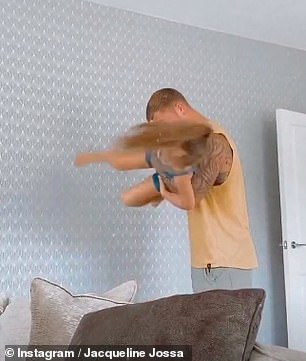 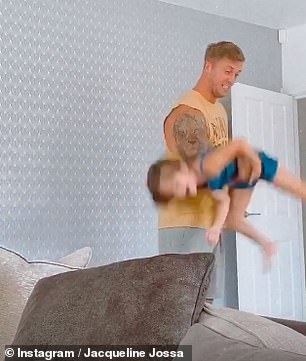 ‘How daddy does weights now’: Jacqueline shared some sweet home videos on Saturday showing Dan doting on his daughters and larking around in the living room 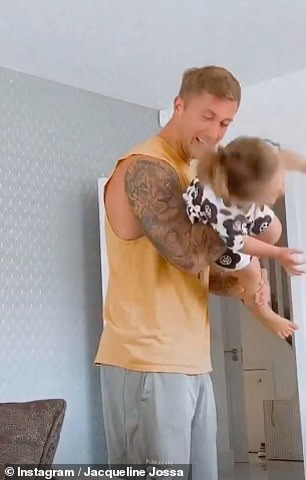 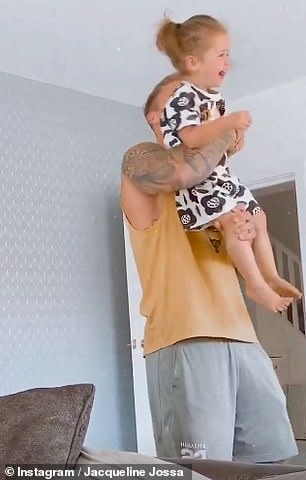 Making memories: Dan playfully picked up Mia, two, after lifting her big sister and the toddler laughed at the fun game

In the candid chat with the publication, Dan failed to clarify which cheating rumours are true, with the couple having been rocked by many over the years.

Most notably Dan was accused of cheating on Jacqueline with Love Island star Gabby Allen in 2018, something they’ve both insisted wasn’t true.

Following Jacqueline’s victory in the I’m A Celebrity jungle, Dan apologised for doing things he wasn’t proud of in the relationship. 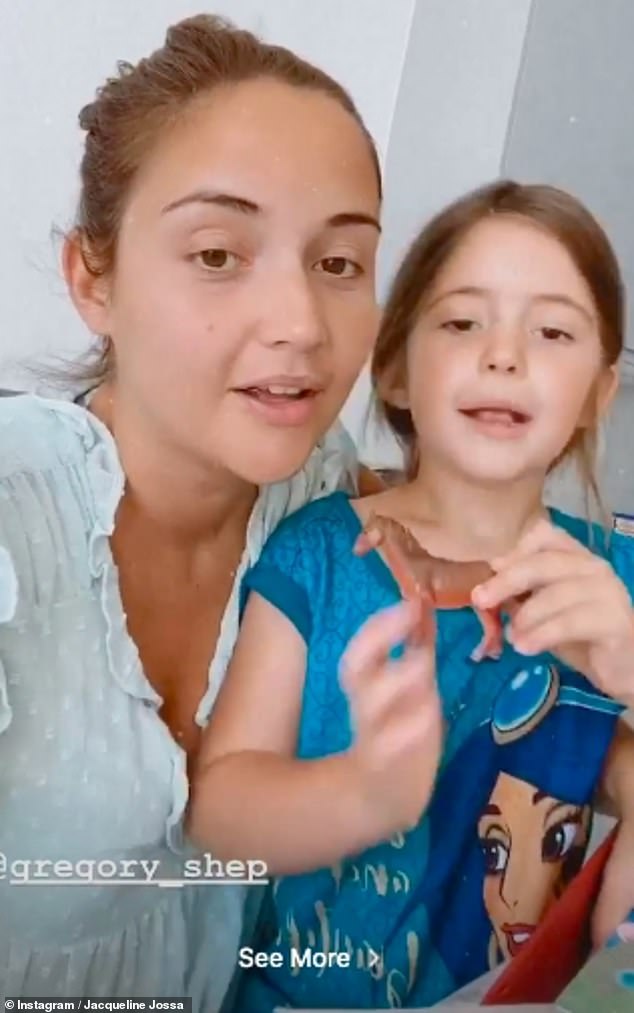 Mother and daughter: Jacqueline appeared to be in good spirits as she read Greg Shepherd’s new childrens book with her eldest daughter Ella

The reality star lamented his past behaviour, which he did not specify, in a candid post reflecting on the last decade and seemingly referenced his cheating scandal.

In his new interview with The Sun, Dan told how he made a ‘bunch of mistakes’ which were all ‘built into one’ and made worse, adding that he takes ‘full responsibility’ for being ‘c**p.’ 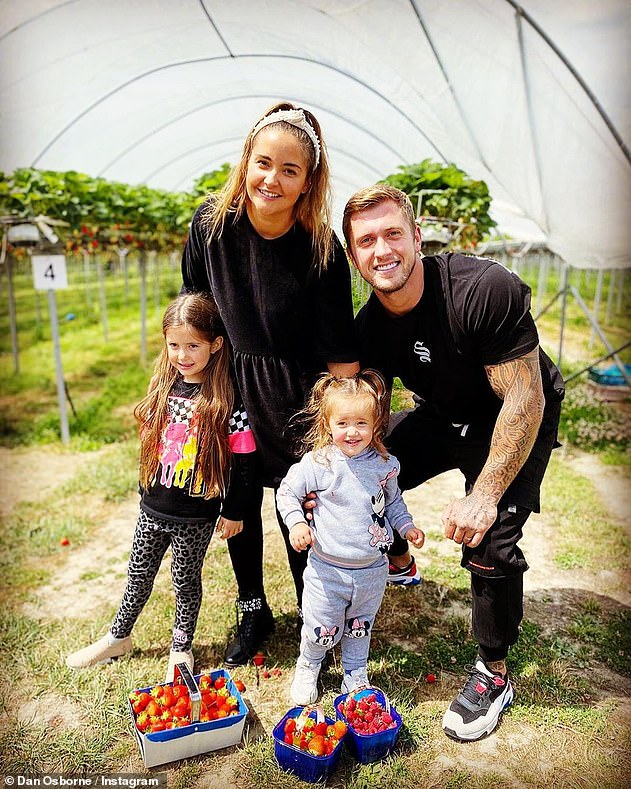 Moving forward: Dan told The Sun that the couple are putting the past behind them and focusing on the future, which includes renewing their vows and trying for another baby (pictured recently with their two daughters)

The fitness fanatic also touched on their romance woes in May this year, which saw Jacqueline temporarily move out of the family home amid strains in their marriage.

Dan blamed the pressures of lockdown on the situation, adding that entertaining their children plus not being allowed their usual freedoms became too much and that they just needed ‘time apart’.

However, he insisted that they are now getting on better than ever and looking forward to having a ‘clean, fresh start together’.

Part of their fresh start includes renewing their wedding vows as Dan admits that looking back on his wedding day amid the sea of negativity has ‘tarnished it’. 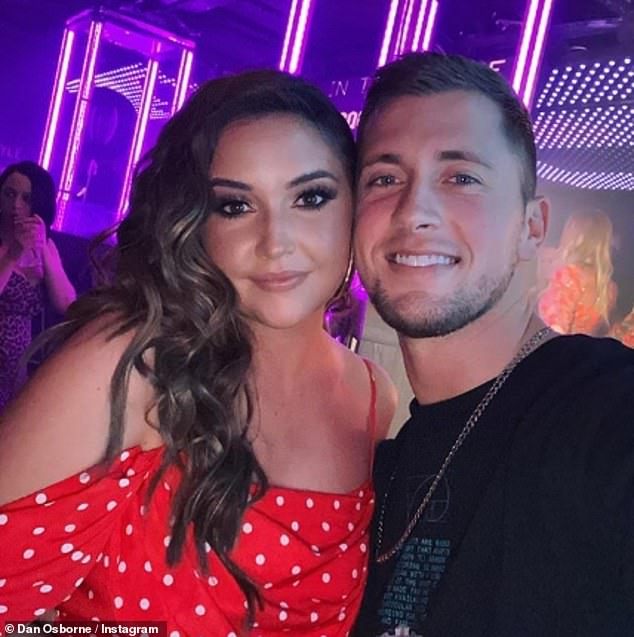 Confession: Dan has admitted that he did cheat on Jacqueline and she’s since forgiven him