Well, this was a little more serious than we expected from Jim Carrey.

The Sonic The Hedgehog star released a sort of memoir last week with an odd twist: it’s fiction? Yes, perhaps inspired by comedy legend Andy Kaufman, whom he portrayed in the 1999 biopic Man On The Moon, Carrey decided he would do his tell-all as a novel — leaving everyone to guess what was and wasn’t actually true.

So that leaves us in an awkward position when we learn that in Memoirs and Misinformation: A Novel, co-written by Dana Vachon, Carrey apparently deems ex-girlfriend Renée Zellweger his “last great love.”

The two did obviously fall in love in real life, meeting on the set of Me, Myself, & Irene and dating for about a year after. 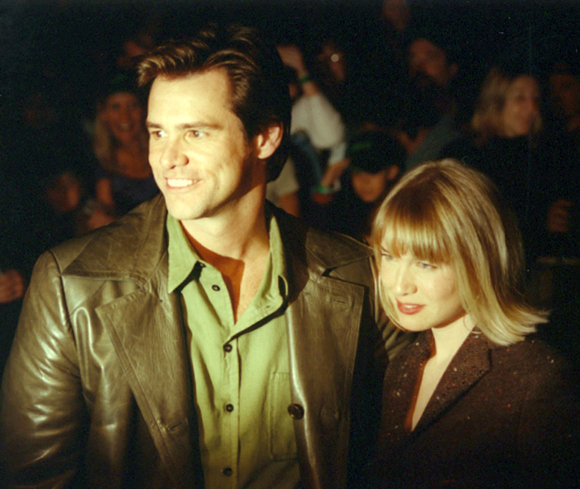 But is that how he feels about the Bridget Jones star? That she’s his “great love”? In a Howard Stern interview this week he opened up about the quote, acknowledging its partial truth.

Howard asked him about writing in his book that “the great love of my life was Renée Zellweger,” and he responded:

“She definitely was special to me, very special. I think she’s lovely.”

Howard pressed, however, asking if Jim felt Renée was “the one that got away.” But the comedic icon made it clear he didn’t mean it quite that way, not in the wistful, longing sense, explaining:

“I don’t regret. I don’t have those things, but I do appreciate the people that have come through my life for the good that they gave me… But I don’t pine for anybody. It’s not that kind of situation. It’s just my way of saying there was a very important thing there and to recognize that.”

Speaking of people that came through his life, Carrey also spoke to Howard about a relationship much earlier in his career which he writes about in the book, with singer Linda Ronstadt. 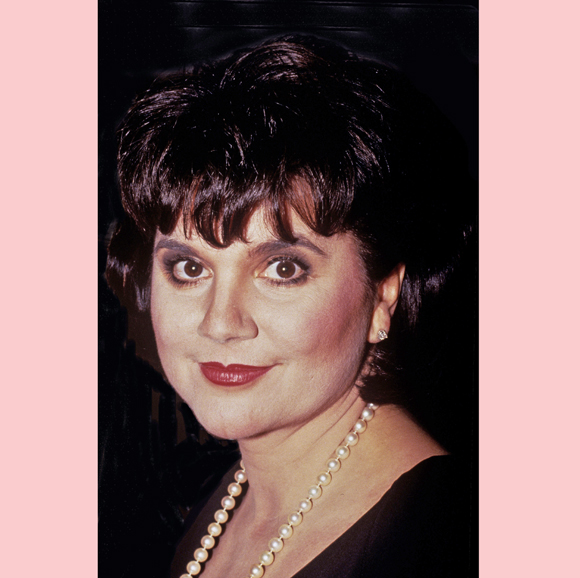 He was still doing standup when he met the Don’t Know Much singer at a gig and “immediately adored” her. He recalled:

Dang, that’s bold. But it worked!

“I was giving up a gig, which I needed. I had no money. She kind of screwed up her face and she said, ‘OK.’”

Ronstadt was 15 years his senior as he was a mere 21 years old at the time, but he says the May-December thing was not anything weird for them:

“It may have seemed like some boy-toy kind of situation to somebody looking at it from the outside, but she treated me with incredible respect. She loved my talent and respected my talent. We used to hang out together and she’d say, ‘You’re going to be where I am. You’re going to deal with all this stuff I’ve dealt with.’”

Ultimately he called the relationship “a beautiful eight months.”

“We both knew it wasn’t going to be forever, but I have such respect for her. She’s just an incredible human being.”

Watch the interview snippet for yourself (below):

The positive way he speaks about his past relationships, it really sounds like Carrey is in a good place right now. Or who knows, maybe it’s all fiction??

Fresh from the printer. Thank you for the gorgeous cover, @chip_kidd. It's truly one off the bucket list. 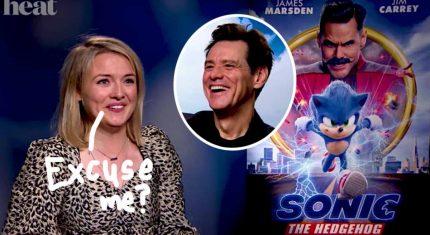 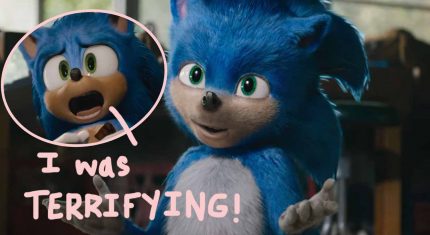 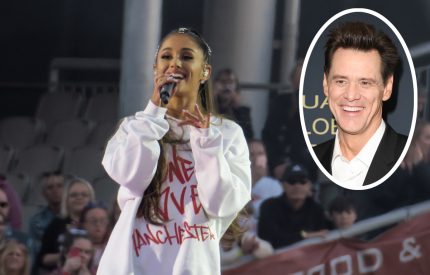