Jim Edmonds complains about debris estranged wife Meghan King left in their St. Louis home: ‘I didn’t realize that someone would leave a house this dirty and messy’

Jim Edmonds took to social media on Thursday to vent about the mess he implied estranged wife Meghan King left behind in the St. Louis abode they once shared with their family.

The former MLB All-star, 50, said on ‘Today’s the big day. I got my house back. Tenants moved out, and I get to clean it up and put it up for sale. Hopefully somebody cleaned it up a little bit, but we will see.’

Edmonds, who played for the Los Angeles Angels and St. Louis Cardinals in the prime of his career, had an irritated tone to more than 166,000 followers as he surveyed the wreckage left behind after King, 36, moved out. 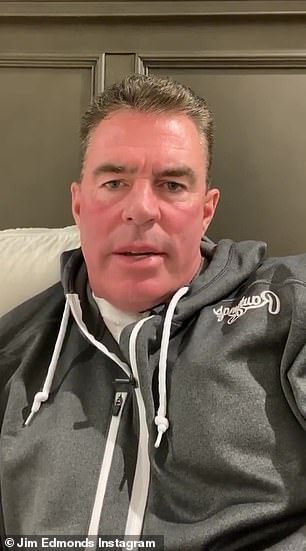 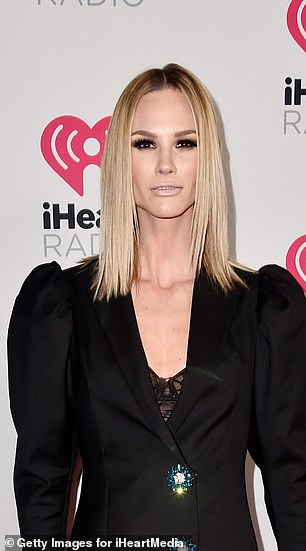 The latest: Jim Edmonds, 50, took to social media on Thursday to vent about the mess he implied estranged wife Meghan King, 36, left behind in the St. Louis abode they once shared with their family

‘Not used to this landlord stuff here … I didn’t realize that someone would leave a house this dirty and messy,’ he said.

Edmonds, who is currently in a romance with model Kortnie O’Connor, said he had ‘four people in here throwing trash away that was just left behind.’

The retired slugger also complained that the toilet was not properly cleaned ahead of his arrival.

Speaking to Us Weekly, King said she was ‘very excited to be’ in her new five-bedroom home in St. Louis with her kids and didn’t want to engage in negativity. 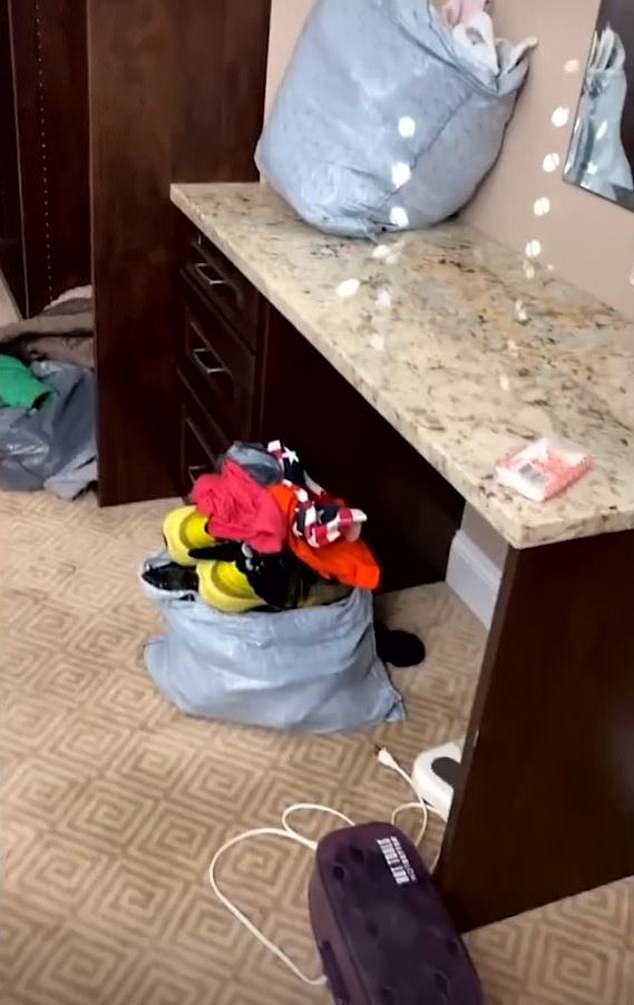 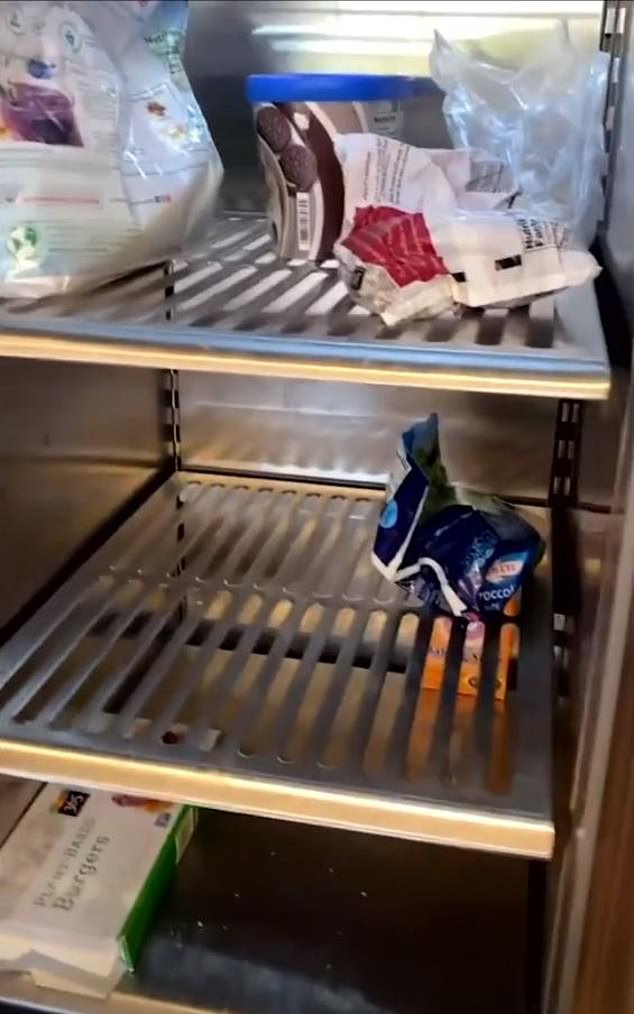 The interior of the fridge had some leftover items in it 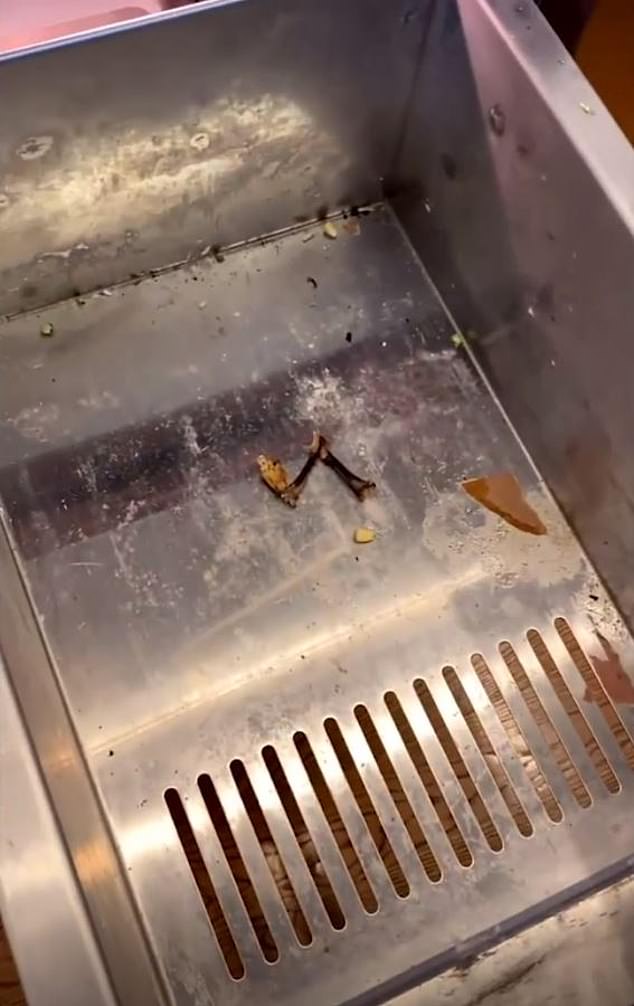 ‘I’m going through an emotionally heavy transition, and I’m choosing to only look for the positive because the negative is too much for me to take on right now,’ said mom-of-three, to Aspen, four, and twin sons Hayes and Hart, two, with the ballplayer.

Edmonds had moved out of the home in November 2019 after he filed for divorce from the Bravo beauty,

An insider told Us Weekly, ‘It took close to a year to get Meghan to finally leave the house so Jim could put it up for sale, and when she finally did vacate, she left the place looking like a pigsty. 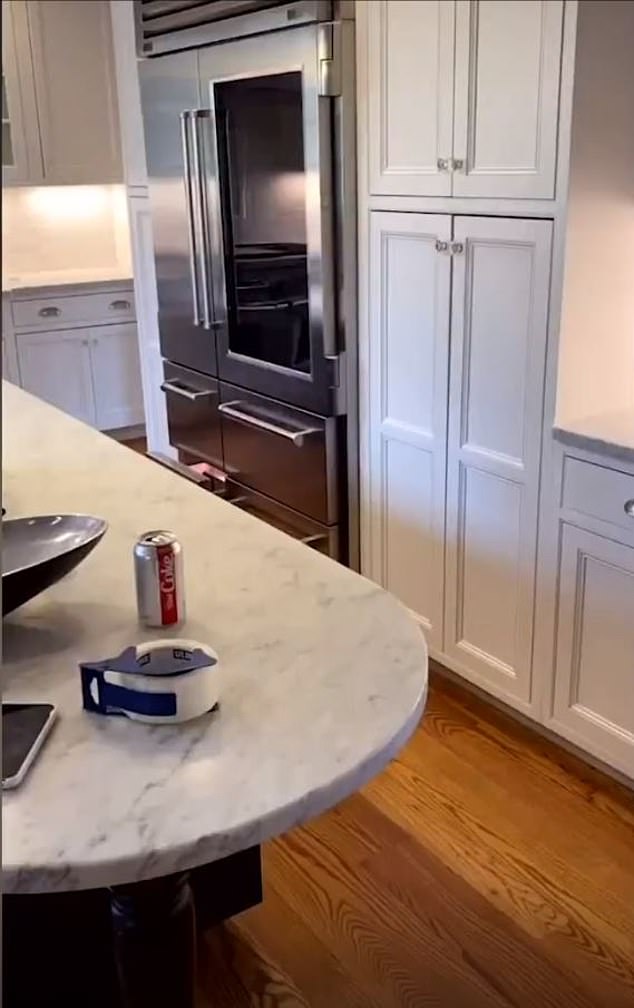 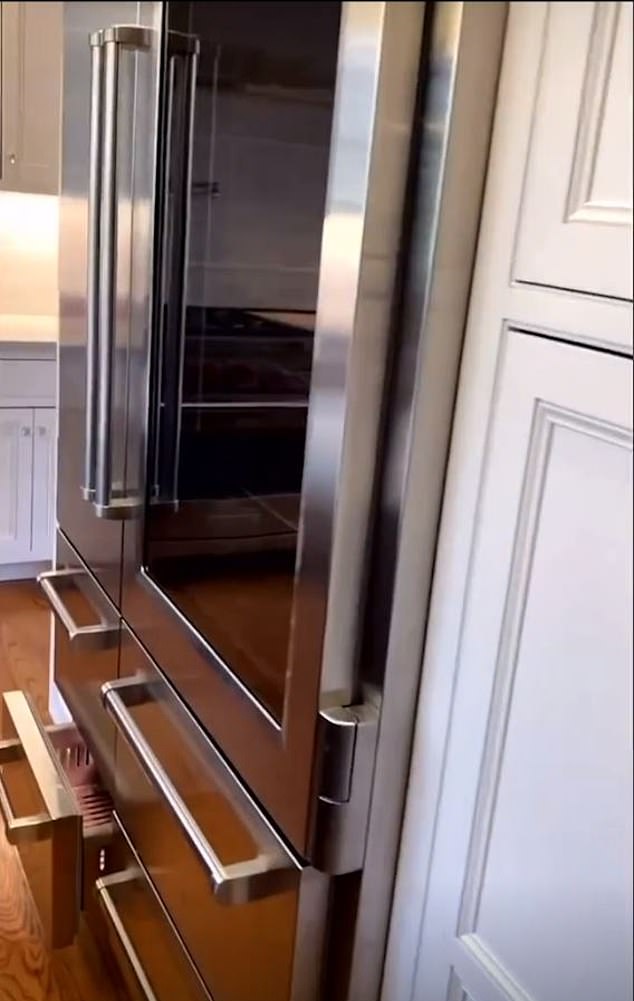 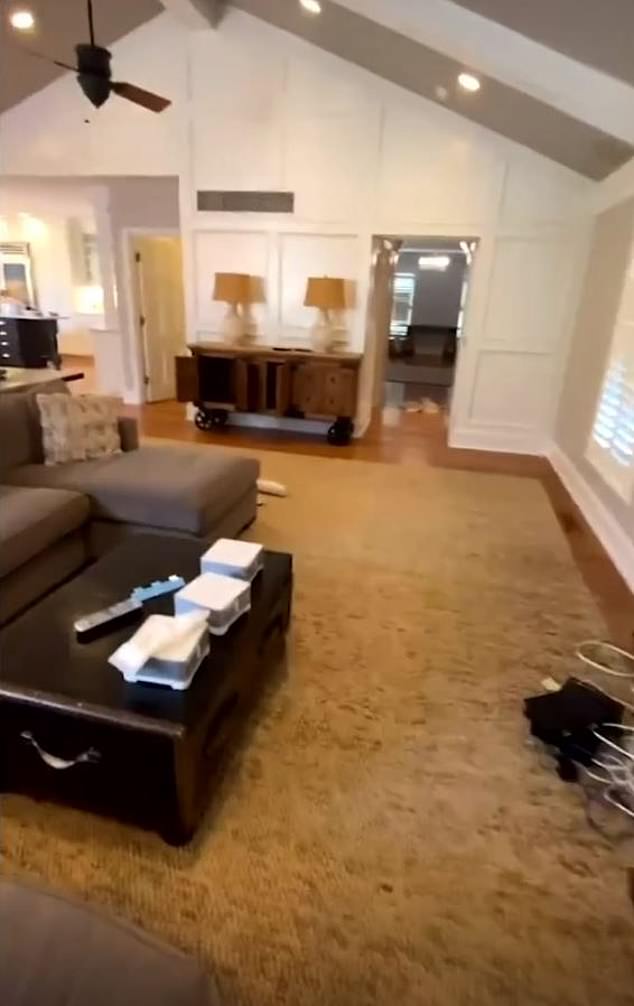 ‘There was garbage everywhere and everything was dirty. In addition, she removed community property from the house without asking.’

A separate source said Edmonds sabotaged King’s efforts to have a professional cleaner in changing the security entrance code to the home.

‘Meghan then arranged for the cleaner to return at 1 p.m. (in fact, she’s still there cleaning now), and Meghan communicated this information to Jim this morning,’ the source said, noting that Edmonds shouldn’t be ‘attempting to humiliate his soon-to-be ex-wife by showing her toilet on Instagram.’ 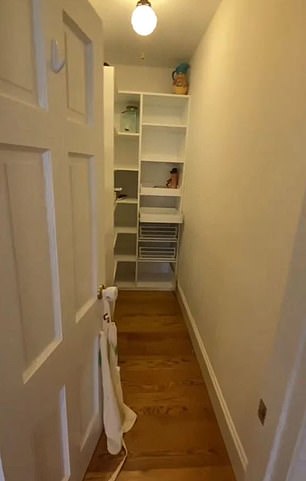 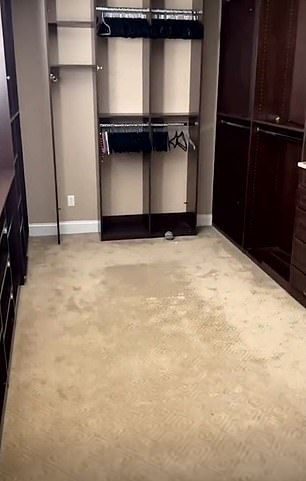 Closer look: Edmonds shared the inside of the family’s walk-in closets 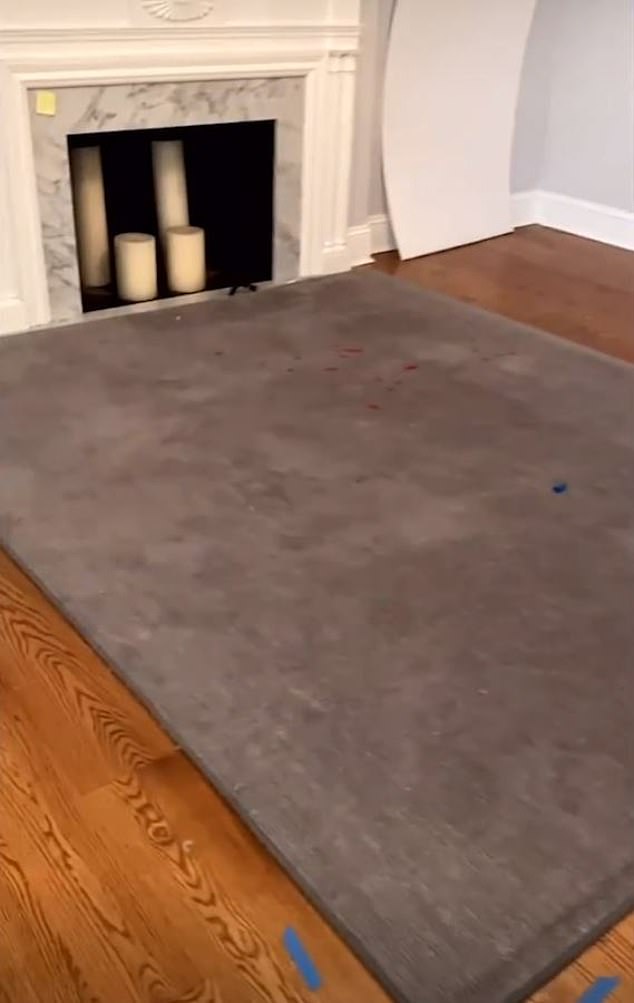 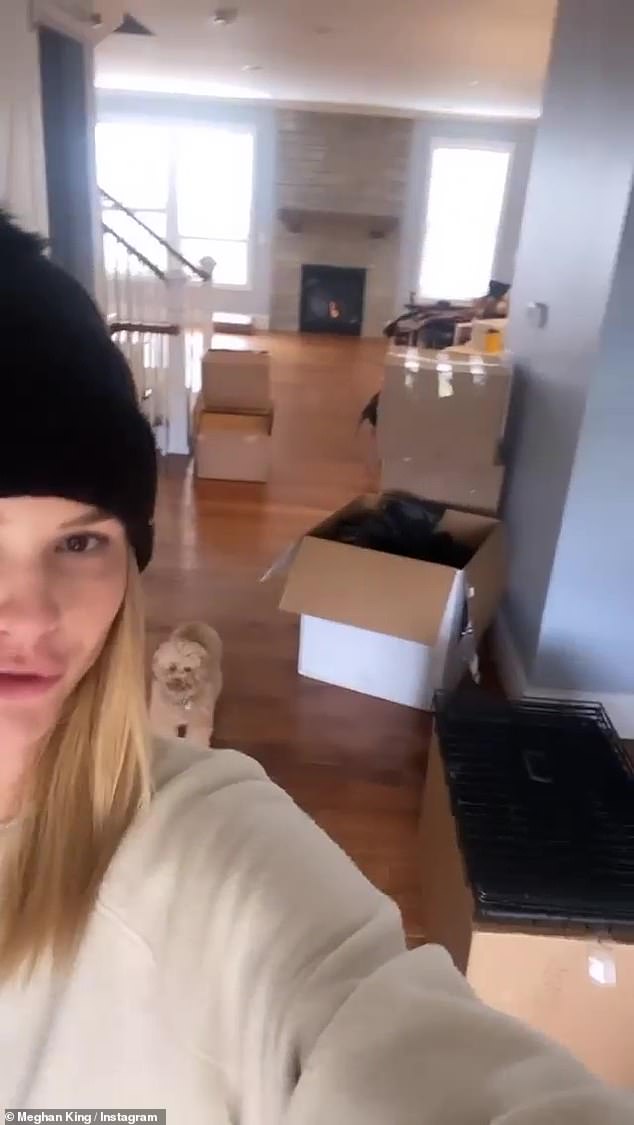