Jodie Comer is radiant as she flaunts figure in skincare campaign

And Jodie Comer looked sensational as she showed off her flawless complexion in a skincare campaign film released on Friday.

The actress, 27, radiated beauty as she donned a figure-hugging white jumpsuit while appearing in a video for brand Noble Panacea. 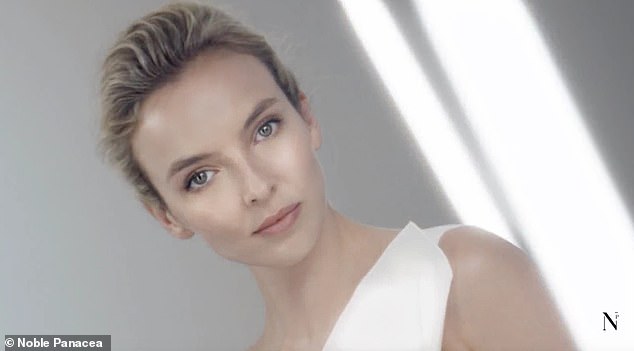 Wow: Jodie Comer looked sensational as she flaunted her radiant complexion in a skincare campaign released on Friday

Jodie exuded style in her striking ensemble which boasted a one-shoulder detail and structured bodice.

She tied her blonde locks back for the shoot and ensured all eyes were on her dazzling visage by going without any colourful accessories.

The Killing Eve star appeared to be only wearing the lightest touch of products on her face, allowing her natural beauty to shine through.

During the arty video, Jodie was seen walking around the studio space and touching crisp white lights before standing inside a brightly lit octagon. 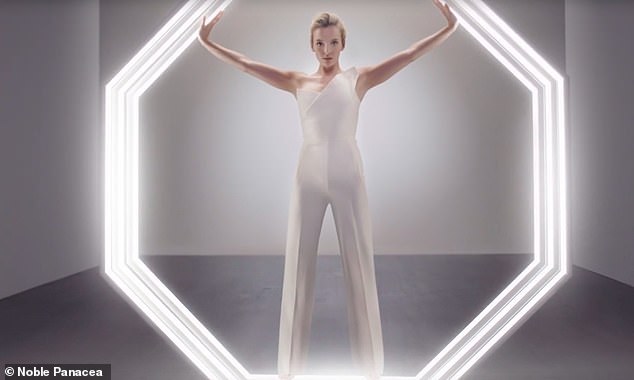 Glowing: The actress exuded beauty as she stood inside a brightly lit octagon light at one point during the shoot

The brand’s campaign, Journey to Perpetual Potency, is an intriguing discovery of its technology- dubbed a skincare science masterpiece- to empower authentic beauty.

Prices range from $149 for the Vibrant Eye Infusion from the Brilliant Collection to $420 for the Intense Renewal Serum which is part of the Absolute Collection.

Speaking about her work for the brand, Jodie said: ‘Noble Panacea represents the future of skincare and I feel lucky to be a part of it.

‘Everything about the brand is unique, from the packaging to the OMV™ Technology. Authentic and innovative, I think they will inspire a lot of people to think differently about beauty.’ 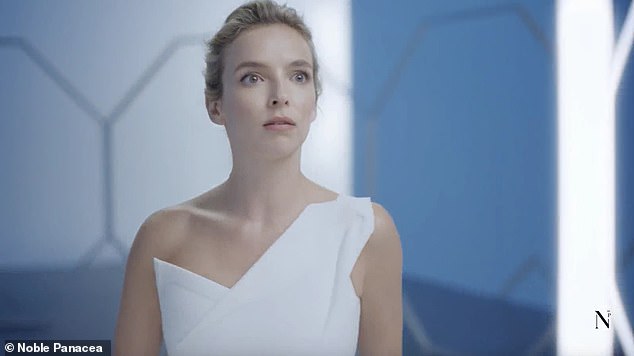 Animated: Jodie showcased her range of facial expressions as she rocked the one-shoulder jumpsuit

She said: ‘Jodie is a dynamic, contemporary inspiration who perfectly matches our disruptive movement in beauty. She dedicates herself to her craft the same way as our Founder, Sir Fraser, has to his.

‘Jodie embodies the versatility of authentic beauty, a beauty that extends far beyond the visible. Her humility, passion, and grace are the essence of the Noble Panacea woman.’

Last week Jodie took to Instagram to reveal she’s ‘beyond sad’ to be leaving The Last Duel team as she wrapped filming. 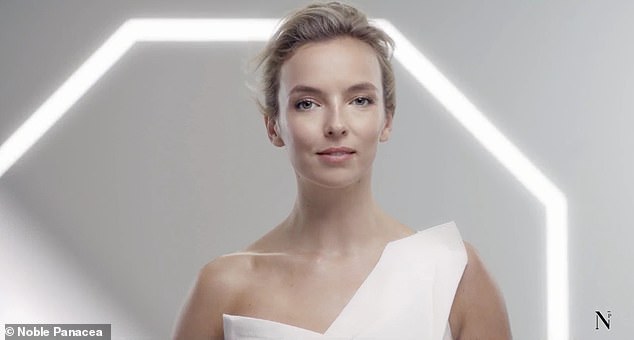 Simple: She tied her blonde locks back into a stylish ‘do and went without any accessories 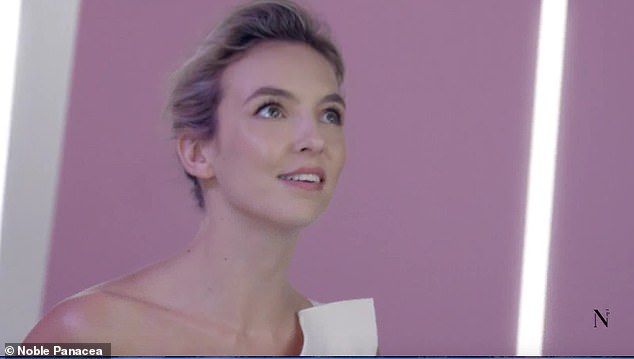 Smile: The screen star appeared to be wearing only the lightest touch of products, allowing her natural beauty to shine 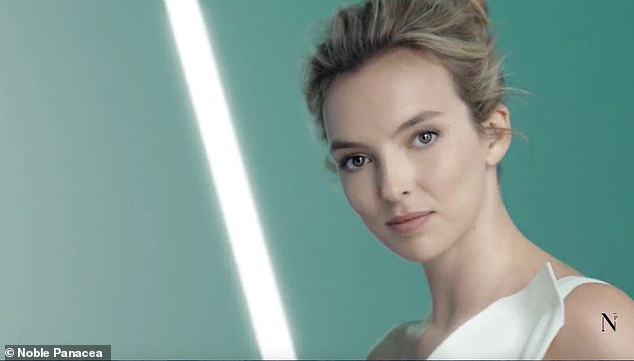 Elegant: She posed up a storm during the campaign clip and ensured to work all her angles

The actress shared a series of snaps from behind the scenes of the production on Wednesday.

Jodie looked in good spirits as she posed for photos alongside her makeup artist and other members of the crew.

In one snap, Jodie pulled a face at the camera as she sat in front of a large plate of food in a kitchen area where she was dressed in a dark grey T-shirt and matching tracksuit bottoms.

Alongside the post, she wrote: ‘Such mixed emotions…. Ecstatic to have finished this movie given the circumstances, yet beyond sad to say goodbye to the most wonderful people. 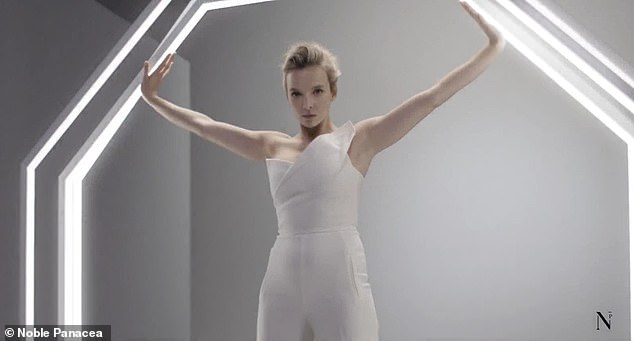 Strong: Jodie looked incredible as she showcased her toned physique in the figure-hugging jumpsuit 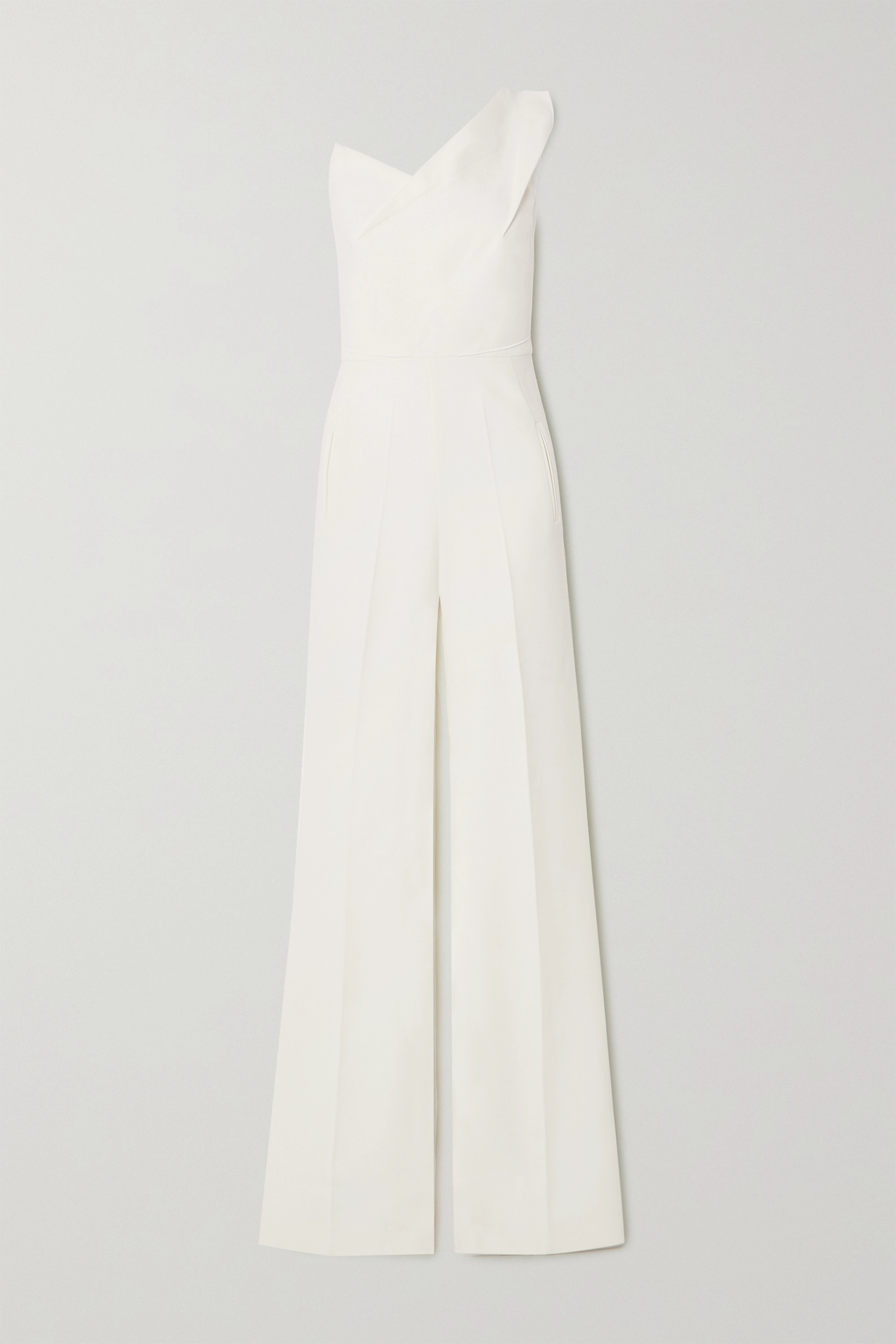 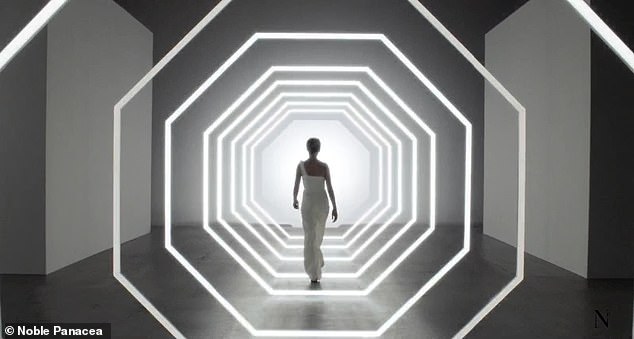 Off she goes: The star walked through a tunnel of lights towards the end of the promo video 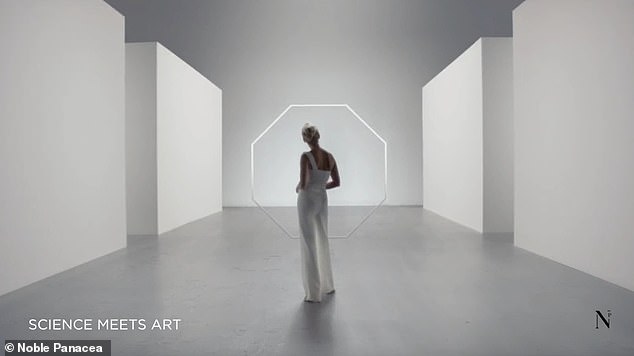 Chic: The set was a spacious white studio with crisp white walls and a grey floor

‘Many of them not pictured here but these 3 were trouble, the best kind! Thank you so much to the entire cast and crew. THE LAST DUEL ❤️’.

Jodie plays Marguerite de Carrouges, the woman at the centre of the fight in the Ridley Scott-directed epic.

The Last Duel marks the first return of Damon’s writing partnership with Ben Affleck since their award-winning script for Good Will Hunting.

Matt co-wrote the screenplay alongside Nicole Holofcener and his longstanding writing partner Ben, the latter is also starring in the film, although he wasn’t seen on set. 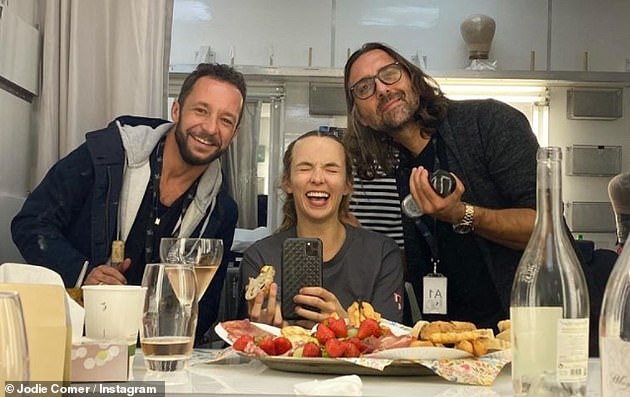 That’s a wrap: Last Wednesday, Jodie said she is ‘beyond sad’ to be leaving the The Last Duel’s cast and crew as she has wrapped filming 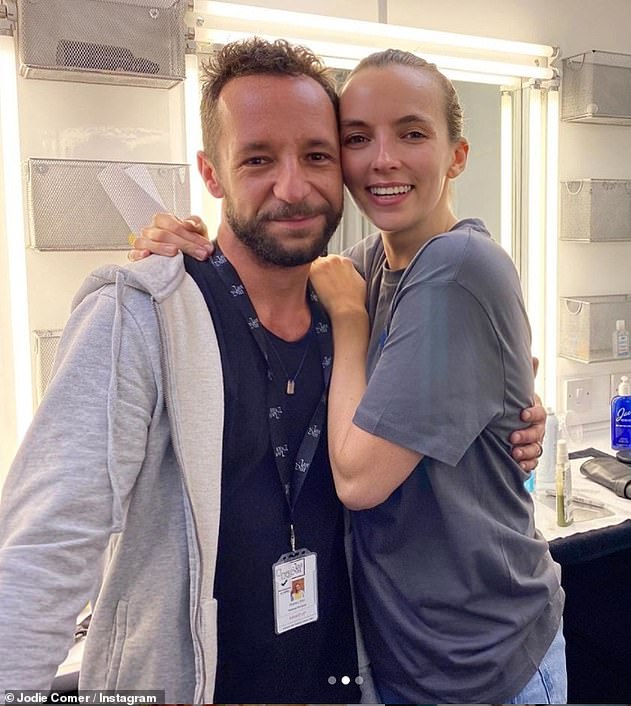 Farewell: She looked in good spirits as she posed for photos alongside her makeup artist and other members of the crew

Originally, Matt and Ben were set to play the two leading roles in the film, but they ran into scheduling conflicts because of Ben’s film Deep Water, so he is now set to play King Charles VI, while Adam Driver was cast to take over the role of Le Gris.

Filming began on the movie in February in France but the set was shut down in March due to the pandemic and travel restrictions in Europe.

Matt was at the film’s next location in Ireland when lockdown began and amid the travel ban ended up isolating in the seaside resort of Dalkey, an affluent suburb of Dublin with his wife and four children for a few weeks.

The Last Duel had a scheduled released date of December 2020 but it has now been pushed back to October 15, 2021. 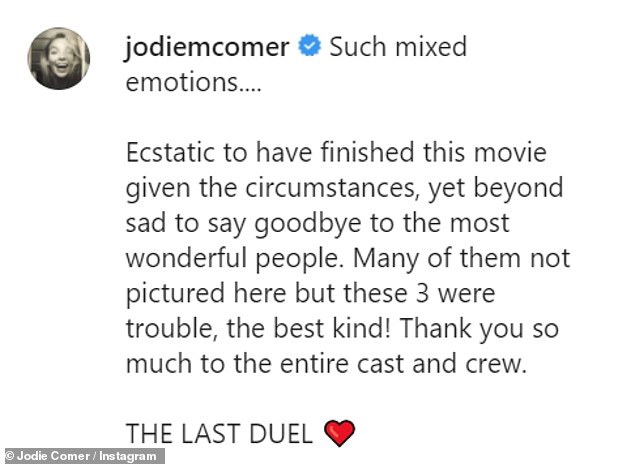 She wrote: ‘Such mixed emotions…. Ecstatic to have finished this movie given the circumstances, yet beyond sad to say goodbye to the most wonderful people’ 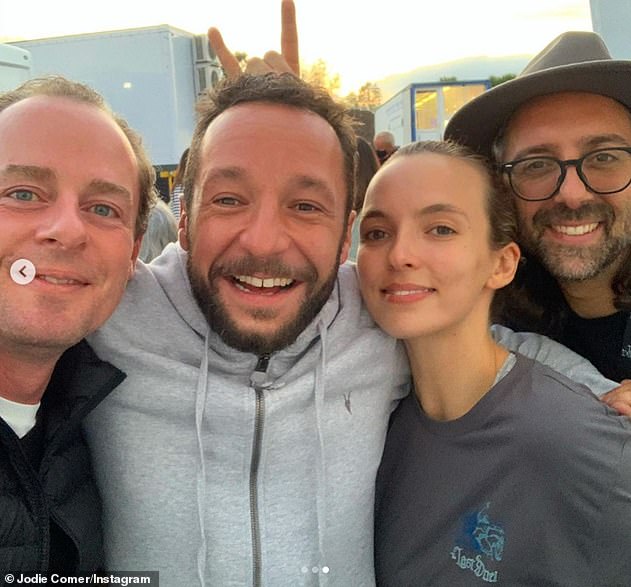 On hold: The Last Duel had a scheduled released date of December 2020 but it has now been pushed back to October 15, 2021