Home » Celebrities » Kim Kardashian and Khloe are the picture of sophistication

Kim Kardashian and Khloe are the picture of sophistication

Kim and Khloe Kardashian enjoyed a night supporting a special cause in style.

The sisters were dressed for success as they showed their support for The Promise Institute for Human Rights at UCLA on Tuesday night.

Kim, 39, oozed sophistication in a chic midnight blue suit with head full of sleek, straight locks, while her sister, 35, added an edgy touch with a plunging neckline.

Dressed for success: Kim Kardashian and her sister Khloe enjoyed a night supporting the Promise Institute for Human Rights at UCLA on Tuesday night

The looks were certainly a far cry from the more splashy styles the women ordinarily wear.

As usual, Kim was a radiant sight with a glossy slick of nude lipstick with long lashes and an earthy hue of eye shadow.

She added some dazzle with a delicate gold choker necklace.

Suits them: The sisters were a vision of business chic for the special event 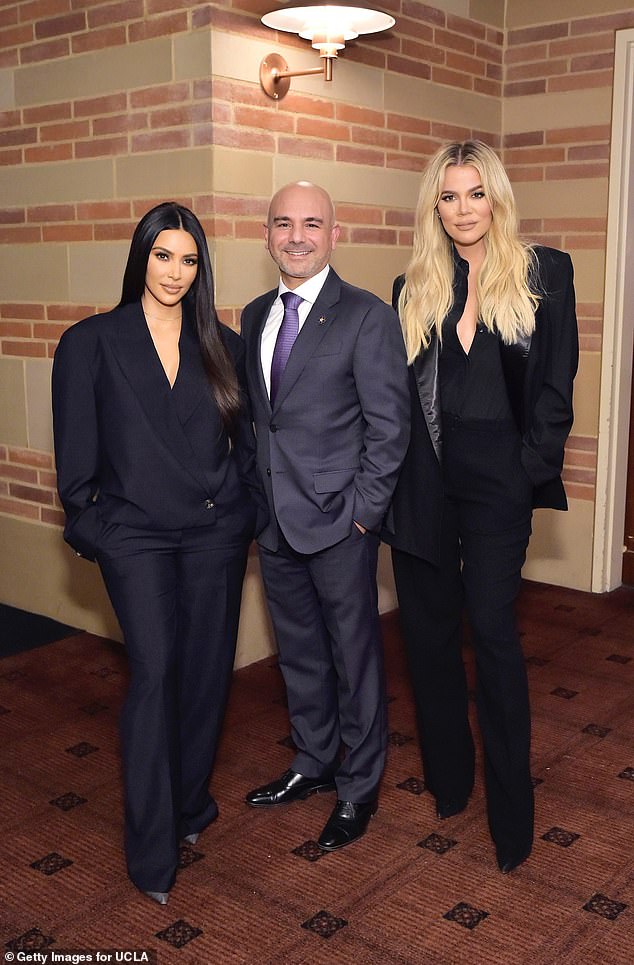 Strike a pose: The reality stars posed beside Dr. Eric Esrailian, lead producer of The Promise and a faculty member at the David Geffen School of Medicine at UCLA

She wore her long blonde locks down in loose waves that cascaded alongside her radiantly done up face.

The star was a vision with a tint of glowing blush and nude lipstick, while long white nails added a trendy touch to the otherwise business inspired look.

The Promise Institute for Human Rights was launched in 2017 using proceeds from the film The Promise, which was set during the Armenian genocide. 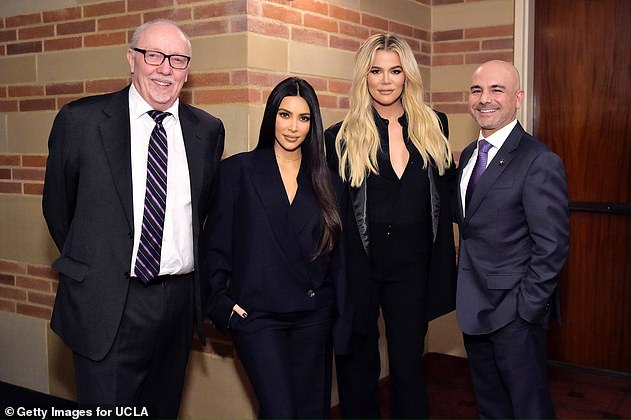 Filmmakers gave $20 million to launch the institute at the time.

In a statement announcing news of the gift, UCLA said the goal of the program is ‘to train the next generation of human rights leaders and develop strategies to address crises around the globe.’

The decision to contribute proceeds from the film was led by Dr. Eric Esrailian, lead producer of The Promise and a faculty member at the David Geffen School of Medicine at UCLA. 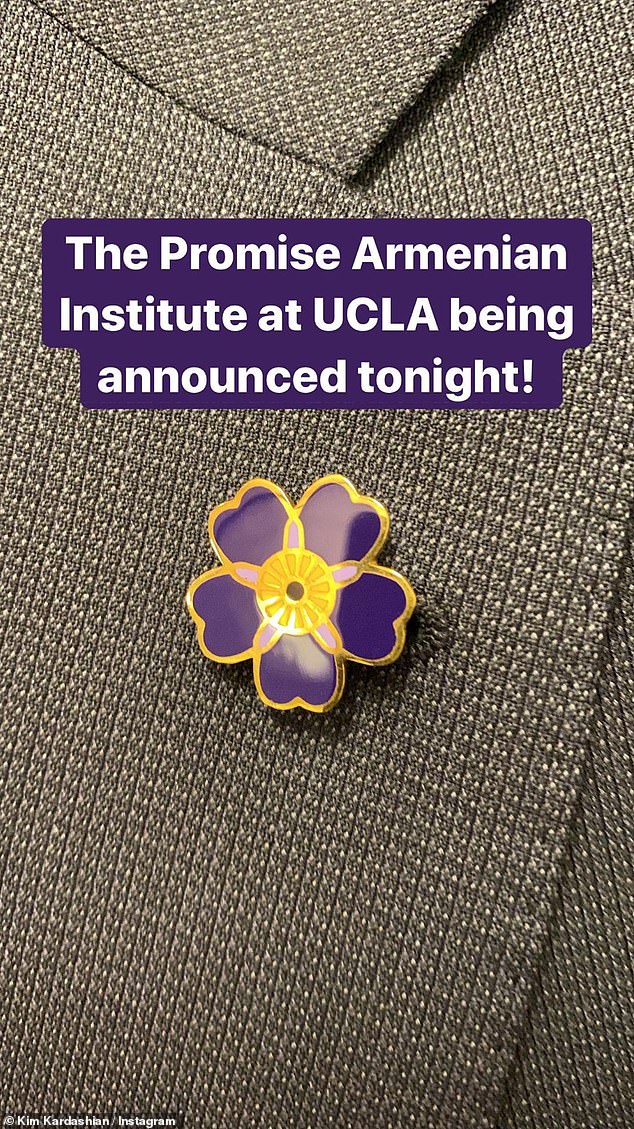 Big news: Speaking at the event, Kim posted a photo of a Forget-me-not floral pin, a flower which was used to mark the 100th anniversary of the Armenian genocide in 2015

‘The Armenian genocide must never be forgotten, and this need was one reason why we made The Promise,’ Esrailian said in a statement. ‘However, human rights tragedies — in Syria, the Congo and South Sudan and a global refugee crisis — continue to unfold today.’

Esrailian added: ‘The Promise Institute is so named because UCLA and the UCLA School of Law are making a commitment to keep the promise to the victims of human rights abuses — that we will create the tools and train people of integrity and talent to address these crises. Out of the darkness of the Armenian genocide and our film, we will bring light into the world to help people who need it today.’

Posting from the event, Kim, who is of Armenian heritage, shared a photo of a Forget-me-not floral pin.

The flower was used as a symbol of the centennial of the Armenian genocide in 2015.

‘The Promise Armenian Institute at UCLA being announced tonight!’ she wrote in the frame. 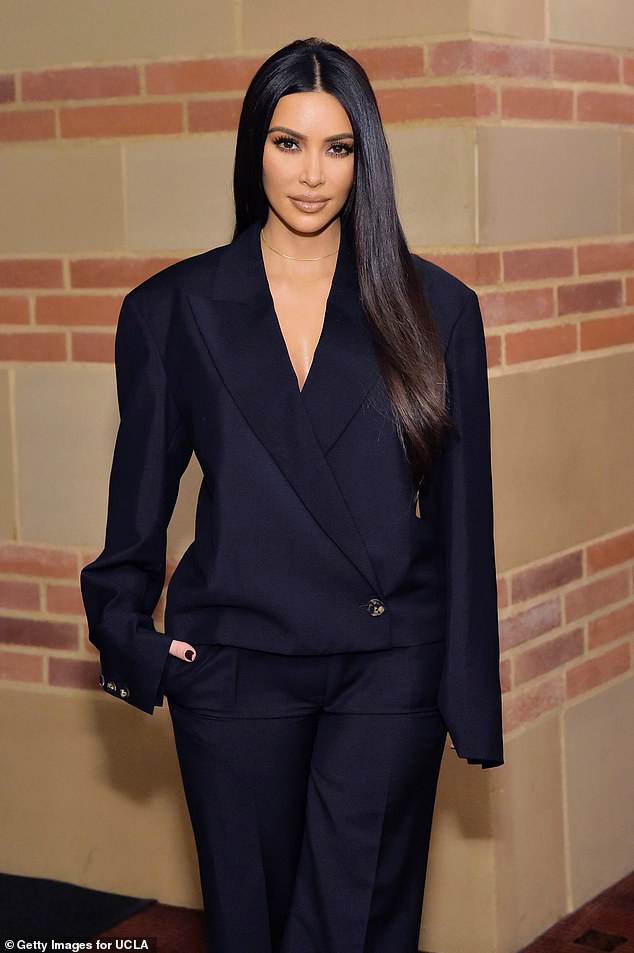 Golden girl: Adding a touch of dazzle was her delicate gold choker necklace