Kim Kardashian is reportedly on course to become the next billionaire in her family, thanks to the success of her her SKIMS Solutionwear brand.

The 39-year-old beauty’s projected success will put her side-by-side with her baby sister Kylie Jenner, 22, who earlier this year was named by Forbes as the world’s youngest self-made billionaire amid the boom of her Kylie Cosmetics venture. 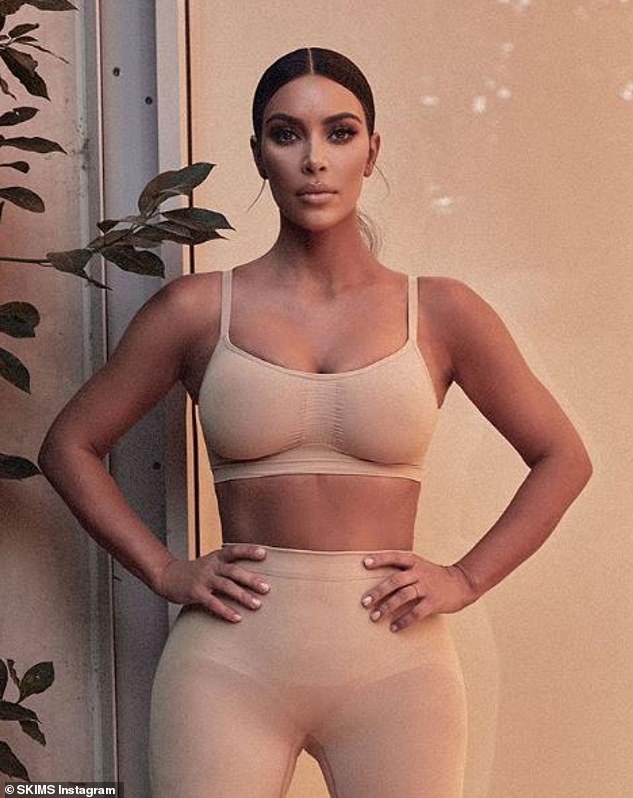 Raking in the dough: Kim Kardashian is reportedly on course to become the next billionaire in her family, thanks to the success of her her SKIMS Solutionwear brand 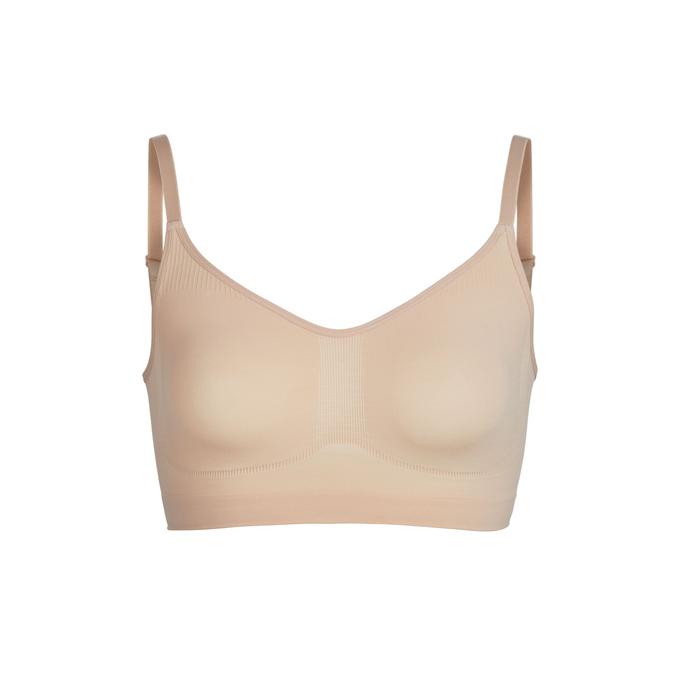 ‘We’re told that over a million people were on the wait list for the restock, and that almost instantly… the most popular sizes and styles sold out.’

With reports that Kim’s shapewear brand will soon be extended to include a broader range of of products, including items for men, the mother-of-four could soon boast a business portfolio not dissimilar to her sister’s. 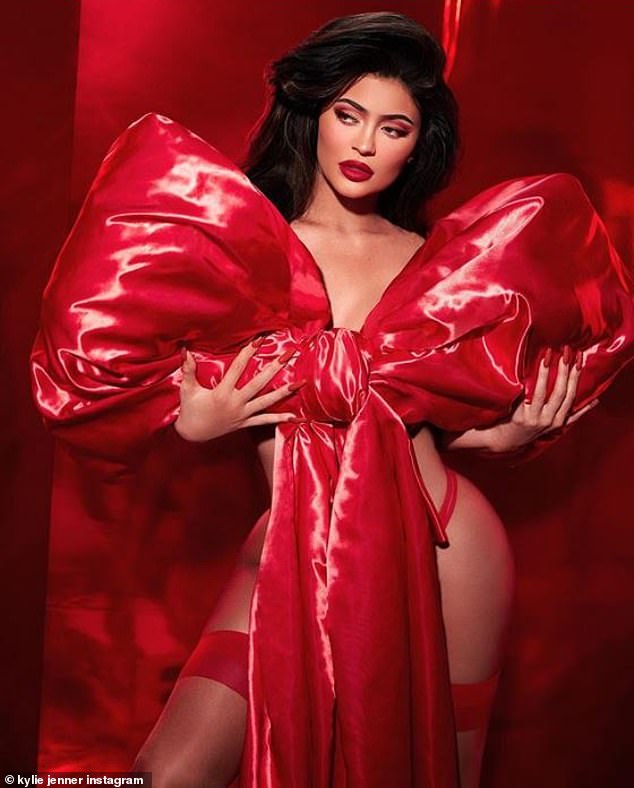 Boom: Kim’s projected success will put her side-by-side with her baby sister Kylie Jenner, who was named the world’s youngest self-made billionaire amid the boom of Kylie Cosmetics

Before Kylie launched her $29 lipkits just four years ago, Kim was by far the most successful reality star in history, making millions with endorsement deals.

Yet while her own accomplishments remain impressive by any standard, her estimated $370million personal net worth is now dwarfed by that of the baby sister who just a few years back cited Kim as her biggest inspiration.

As for Kourtney, the mother-of-three has been seen plugging her KKW beauty fragrance and her Poosh website via Instagram Stories, while sister Kendall Jenner enjoys a successful modelling career and has an endorsement deal with Proactiv. 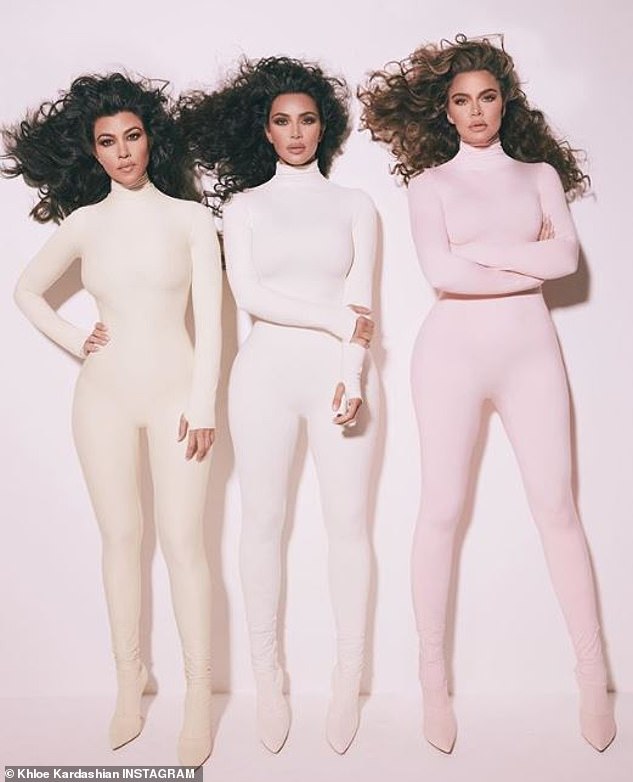 Successful ventures: (L-R) Kourtney, Kim and Khloe Kardashian enjoy a range of successful businesses among them, including their KKW fragrance range

The entire family, minus elusive brother Robert Kardashian, also regularly appear together on their long-running reality show Keeping Up With The Kardashians.

She said: ‘Yesterday was a really big day for Kylie and our team at Kylie Cosmetics. [It was] truly a moment for our family to be proud.

‘It’s kind of a crystallisation of all our work… This is her baby and this is her dream, to build this beauty empire.’ 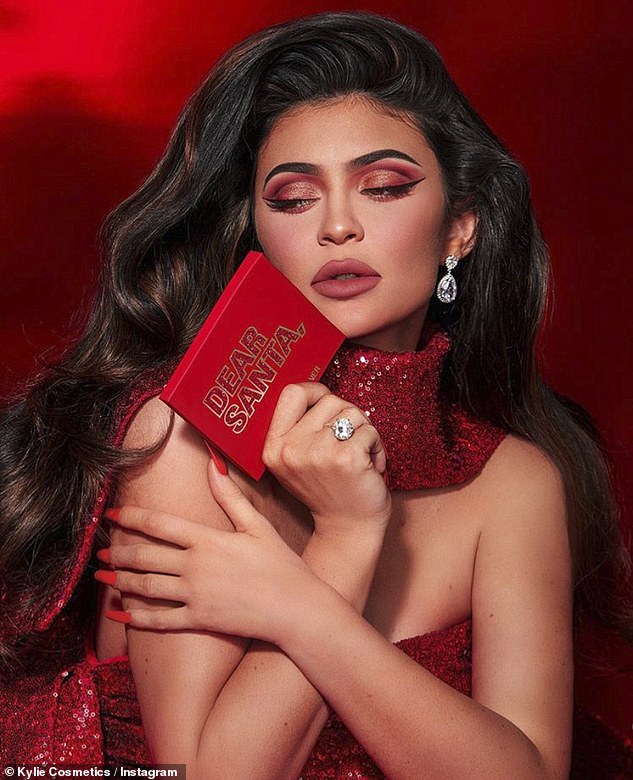 Kylie sold 51 per cent of her make-up and skincare businesses to beauty giant Coty – which owns around 77 brands including CoverGirl, Hugo Boss, Burberry, Rimmel and Max Factor – in exchange for the lump sum.

As for Kylie herself, in a statement, the mother of daughter Stormi said: ‘I’m excited to partner with Coty to continue to reach even more fans of Kylie Cosmetics and Kylie Skin around the world.

‘I look forward to continuing the creativity and ingenuity for each collection that consumers have come to expect and engaging with my fans across social media.’

Since the announcement, shares in Coty have shot up by 5 per cent – even though the deal isn’t expected to close until the third quarter of fiscal year 2020. Hugely successful: Kendall Jenner enjoys a successful modelling career and has an endorsement deal with Proactiv

Kylie’s millions: How does $600m payday compare to the rest of the Kardashian family?

So how does Kylie Jenner’s huge payday compare to the rest of the Kardashian family?

Like all her sisters, Kylie, 22, makes money from the family reality show, modelling gigs, and endorsements. However this is dwarfed by her makeup company, which started out as a single batch of 15,000 $29 lip kits which she self-funded and sold online to her Instagram followers in 2015.

With her beauty company now valued at 1.2billion, she has sold a controlling stake to CoverGirl owner Coty for $600million, making her officially the richest Kardashian and indeed the youngest self-made billionaire of all time. 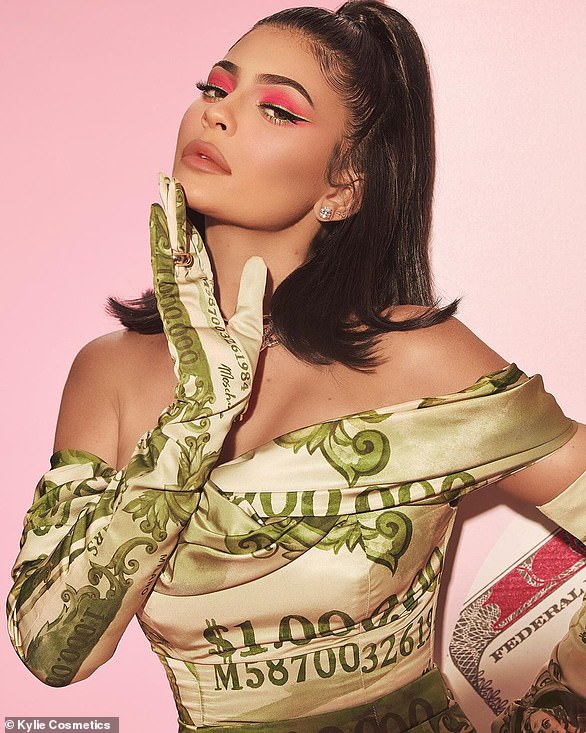 Self made: Kylie Jenner, seen promoting Kylie Cosmetics , is worth more than 1.2billion

The first member of the Kardashian family to find stardom was Kylie’s big sister Kim, 39.

After a couple of years lurking on the sidelines of fame as Paris Hilton’s friend and sometime stylist, she was catapulted into the public eye when an intimate sex tape was leaked in 2007. While Kim was by her own account ‘devastated’, her mother Kris Jenner saw an opportunity and took over, guiding Kim to win a $5million payout via a lawsuit against the company, and signing up the newly notorious family for their own reality show.

This year Kim’s net worth is estimated at $370million by Forbes, which put her at number 26 on the magazine’s 2019 list of America’s Highest-Paid Celebrities. The mother-of-four’s money mostly comes from her share of the Keeping Up With The Kardashians show pay check and her KKW makeup line, which produced $100million in revenue just last year. She has also made millions from her computer game, Kim Kardashian: Hollywood.

She supplements this income with endorsements, recently confirming she gets offered up to $1million for a single sponsored Instagram post.

She said she turned down that particular offer because her husband Kanye West didn’t like the ‘fast fashion’ company because ‘they would knock off Yeezy all the time.’

Her rapper husband has called himself a billionaire, and according to Forbes Kanye earned $150million over the past year, putting him at number three on the magazine’s World’s Highest-Paid Entertainers 2019 list. 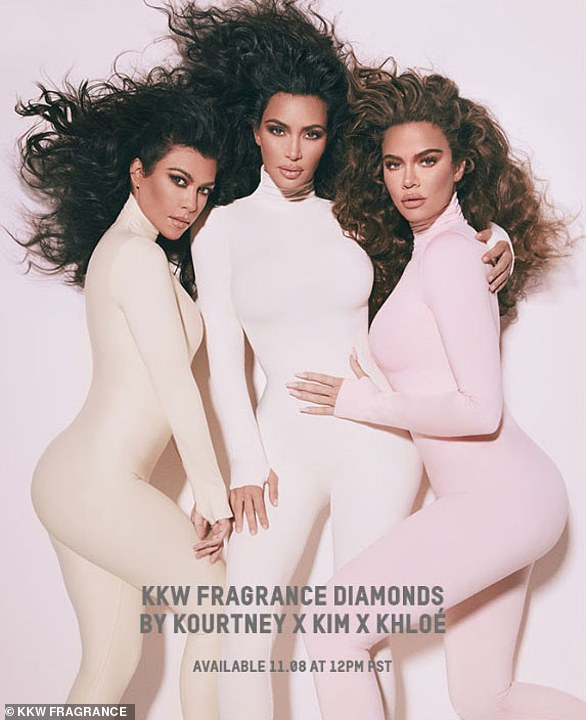 When her daughter’s sex tape with ex Ray Jay hit the internet, Kris Jenner took control, negotiating so well that the reality star continues to make money from royalties today.

Indeed it is all thanks to Kris that fleeting infamy became something more. Shortly after the sex tape leaked she signed up the entire family for their eponymous reality show, which premiered that same year. KUWTK is currently in its 17th season, and she remains the executive producer.

She also operates as the family momager – a nickname she likes so much she trademarked it – taking a percentage cut of her children’s earnings whenever she negotiates their deals.

While at 30million her social media presence is a fraction of her daughters, Kris also occasionally scores endorsement deals of her own, including a Fendi campaign with Kim and her daughter, North West.

According to the website CelebrityNetWorth she is worth around $90million, however if she negotiated Kylie’s Coty deal, it will mean a huge payday.

Along with the family reality show, and endorsement deals, Khloe has her own clothing line, Good America, which is sold in department stores and online.

The bulk of Kourtney’s income comes from the family reality show, and endorsement deals. She is currently promoting her Diamond fragrance line with sisters Kim and Khloe.

The mother-of-three’s net worth is estimated at  $35million, according to Money.

Famous first as an Olympian, Caitlyn for years received a pay check for appearing on KUWTK.

Since divorcing Kris Jenner, she has left the money-spinning show, and come out as a trans woman. She paid her bills with her own spinoff chronicling her life as a trans woman, and released a tell-all autobiography.

She currently stars on the British reality show I’m A Celebrity Get Me Out Of Here for which she is being paid $648,000, according to The Sun newspaper.

Her net worth is estimated at $100million. 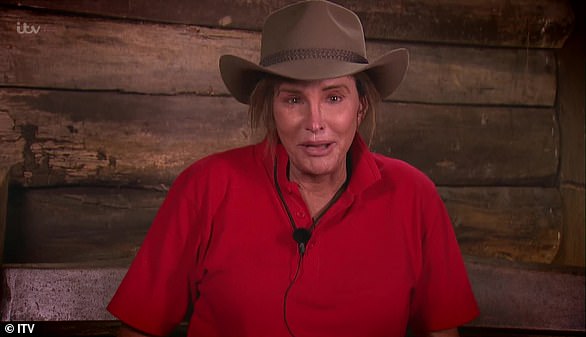 Like her sisters Kendall cuts a paycheck from Keeping Up With The Kardashians.

However she combines this role with life as a high fashion model.

Last year she was the world’s highest-paid model for the second year in a row, according to Forbes, making $22.5million in 2018 alone. Money estimates her worth at $30million. 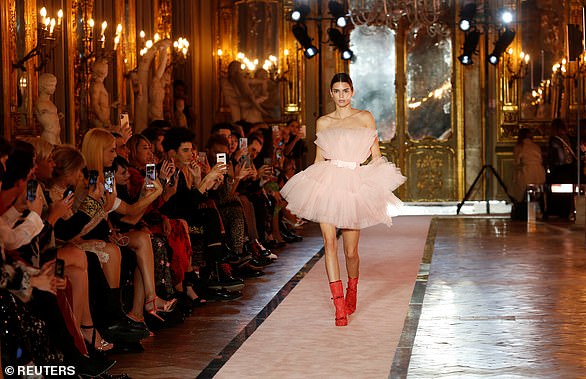 It will come as no surprise that Rob is the least wealthy of his siblings. Still, with an estimated net worth of $10million, the single dad is still a wealthy man.

Rob made his money by appearing on Keeping Up With The Kardashians and his short lived spinoff show. He stepped back from KUWTK last year, now making only occasional appearances for which he is thought to be paid $50,000 an episode. He also has a sock company, Arthur George.

Kourtney Kardashian, 41, Claps Back At Troll Over Criticism Of Her Friendship with Addison Rae, 19