Less than a month after they decided to split, and Kristin Cavallari and Jay Cutler have already sorted their custody agreement.

The couple, whose marriage featured on their own reality show Very Cavallari,  have opted to split care for their three children exactly 50/50 in their Permanent Parenting Plan.

They will each spend alternate weeks with sons Camden, seven, and Jaxon, five, and daughter Saylor, four. 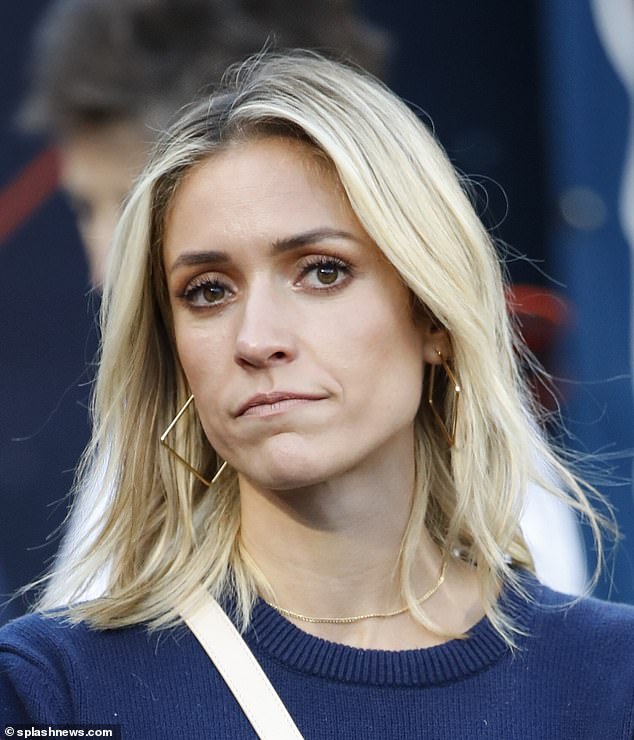 Split: Kristin Cavallari, seen in September, and Jay Cutler will spend alternate weeks with their three children and split Christmas holiday as they make custody agreement 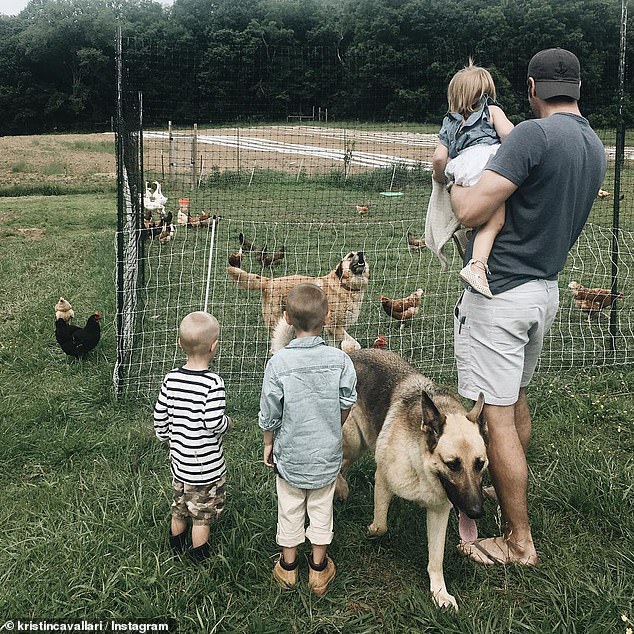 Family: Jay and the children in one of Kristin’s Instagram images

In documents seen by People magazine, Kristin, 33, and retired NFL star Jay, 37, agree to each spend  182.5 days a year with their children and will officially be ‘joint primary residential parents’.

During schooltime one parent will pick up the three from school on a Friday and care for them until they return to school the following Friday. The other parent will then care for the children from the end of the school day on Friday, for one week. They will split summer break 50/50 as they agree

They will each split the Christmas vacation and will alternate Easter and Thanksgiving vacations, as well as fall and spring break vacations.

‘Nothing in this parenting plan shall prohibit the parties from deviating from the residential schedule contained herein by mutual agreement in writing or via email,’ People reports the document states. 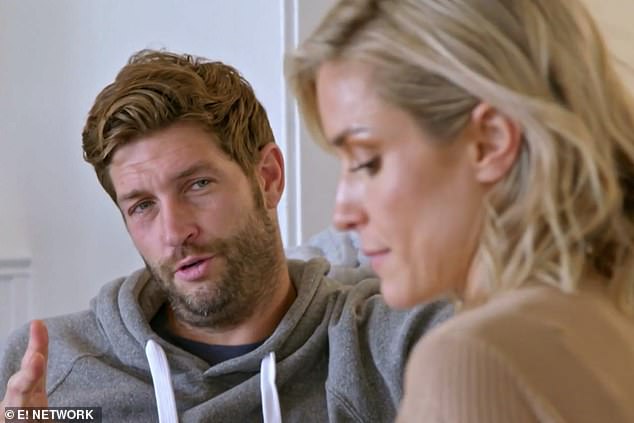 As they were: Jay and Kristin are seen on her reality show Very Cavallari

The couple have also resolved their issues over Laguna Beach alum Kristin’s new home, which had been an early sticking point. Jay has now released the funds for her to purchase a $5.5million home in Franklin, Tennessee.

Until she can move, the exes will each remain in their current home in Nashville, Tennessee with the children, moving out for the other parent’s week of custody, with Cavallari staying at a friend on her off weeks.

This will become Jay’s residence after Kristin has her own home. 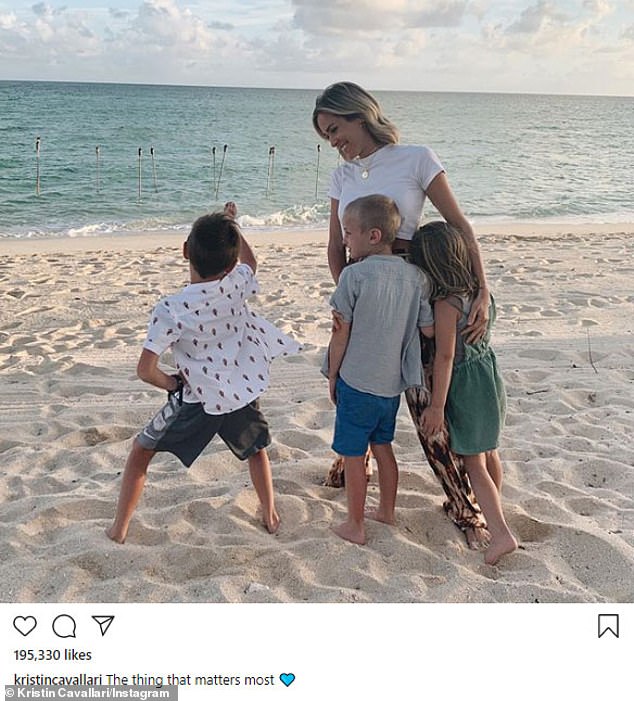 While Jay and Kristin will not be able to see their children on their non-custodial week, they will have the right to two phone calls and also two FaceTime or Skype calls with the children.

The documents also state that ‘any decision regarding the publicity or internet use for commercial purposes of the minor children shall be made jointly.’

As they are splitting custody, the couple will not pay one another child support, but will pay all expenses while the children are in their care but they will split the cost of extracurricular activities. As he does now, Jay will pay for the children’s health, dental and optical insurance.

The couple announced their split last month after seven years of marriage and 10 years together.  Kristin listed their date of separation as April 7, whilst in his own papers, Jay dated their split as April 21. 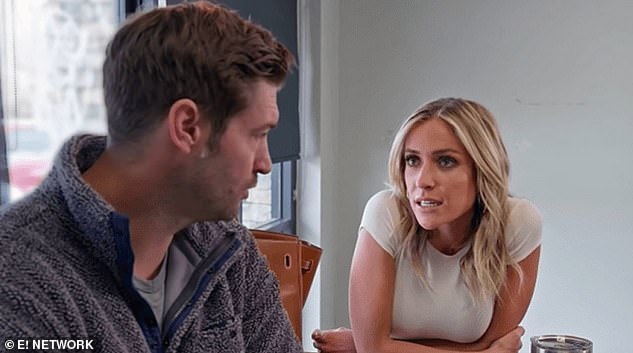 Arrangement: While the children have remained in their Nashville home, parents Kristin and Jay switch off every week to stay with them, with Cavallari staying at a friend on her off weeks

According to court documents obtained by Usmagazine last week, ‘things were so bad in the marriage’ that Cavallari signed a contract for the new property back in November of 2019, but then walked back the move as the pair ‘attempted to salvage the marriage’ at the time.

When that didn’t work, the couple decided to split on April 7, the same day they returned from a Bahamas ‘quarantine vacation’ with their children.

But when Cavallari decided she still wanted to purchase the same house she had attempted to buy in the fall, Cutler allegedly tried ‘to intimidate’ her into agreeing to a parenting plan and custody arrangement before allowing funds to be unfrozen in order for her to move forward, court documents showed.

The pair made their divorce public by posting identical Instagram statements.

‘With great sadness, after 10 years together we have come to a loving conclusion to get a divorce,’ their joint statement on Instagram two days later read.

Kristin’s post showed a picture of the couple with their backs to the camera, walking away arm in arm underneath Tibetan prayer flags, while Jay’s displayed a black and white photo of the pair posing and smiling in a somewhat cool manner.

‘We have nothing but love and respect for one another and are deeply grateful for the years shared, memories made, and the children we are so proud of. This is just the situation of two people growing apart. We ask everyone to respect our privacy as we navigate this difficult time within our family,’ the statement concluded. 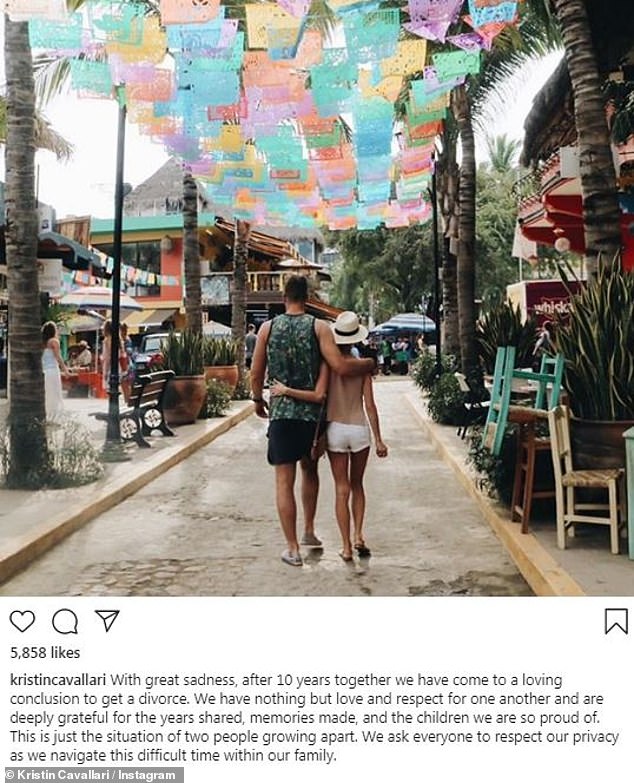 Euphemism of the year: ‘With great sadness, after 10 years together we have come to a loving conclusion to get a divorce,’ the couple’s joint statement on Instagram read last month