‘Ask me to do some dumb s**t, your wish is my command!’ Lily Allen joins fan messaging website Cameo (charging £187 a pop!) as she reveals plans to raise cash to fund new album

Lily Allen has joined a long list of celebrities in joining the fan messaging website Cameo, in a bid to raise cash to fund her new album.

The 35-year-old singer, whose critically-acclaimed album No Shame was her most recent release in 2018, is now charging fans £187.50 for personalised messages.

And in a video message on the site, the mother-of-two has revealed that she is trying to raise funds to release new music, after parting ways with Parlaphone last year. 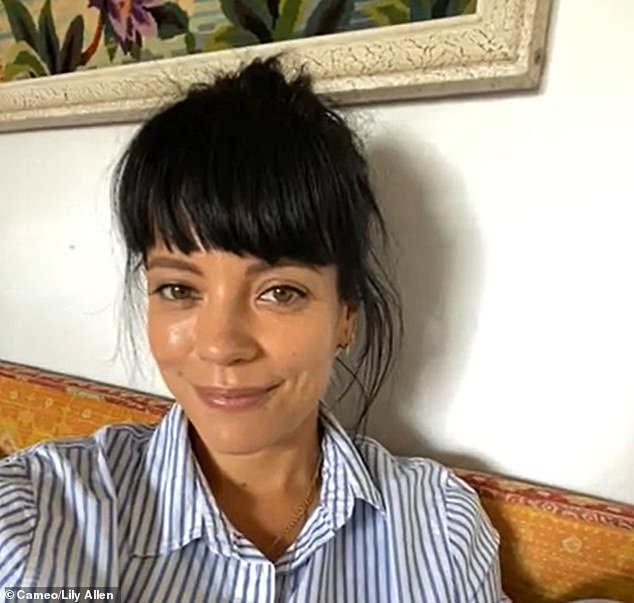 Raising funds: Lily Allen has joined a long list of celebrities in joining the fan messaging website Cameo, in a bid to raise cash to fund her new album

Donning a striped shirt, she says in the clip: ‘Hiya, it’s me Lily Allen. I’m here, new to to Cameo to do whatever it is you want me to do – send messages, birthday wishes, et cetera, et cetera.

‘It’s getting closer to the time that I want to start releasing music again and it is the first time in my career that I’m gonna be putting an album out not on a major label.

‘So I’ll be using these funds to finance my musical output. So yeah, ask me to do some dumb s**t, your wish is my command. And hopefully you’ll get some music soon.’

Lily’s most recent album, No Shame, attracted widespread critical acclaim and saw her nominated for a Mercury Prize nomination, though it didn’t enjoy huge sales. 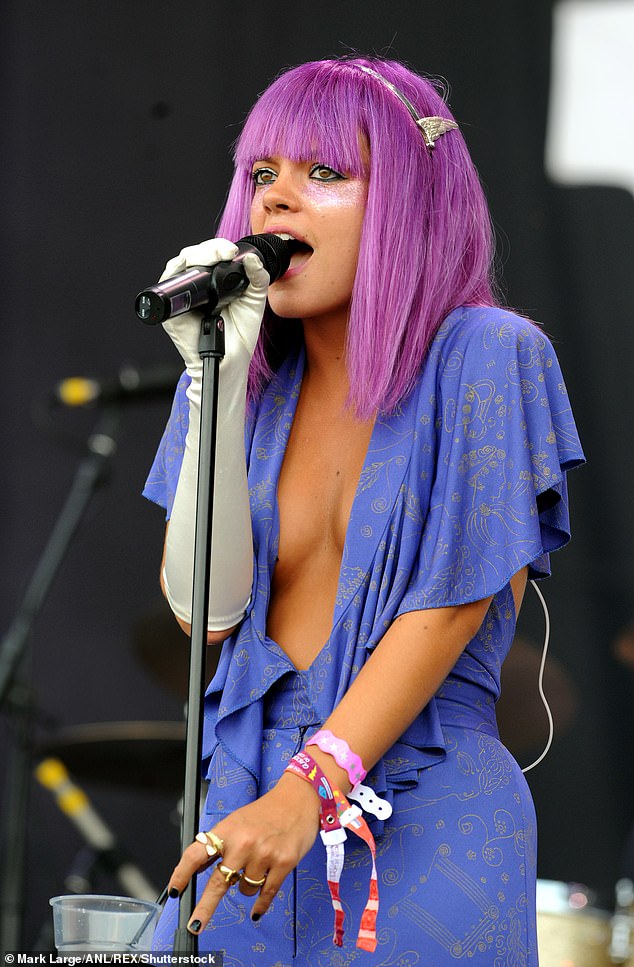 No major label: The singer parted ways with her bale Parlaphone last year, following the release of her most recent album No Shame. Pictured in 2009

Soon afterwards, it was revealed that her contract with record label Parlaphone had not been renewed.

In 2018, Lily accused the label of neglecting her ever since she accused an executive of sexual assault in her autobiography, My Thoughts Exactly.

She said at the time: ‘My record label’s job is to promote and distribute my material and get me on to TV and on to the radio.

‘None of these things have happened with this album ­campaign. My record label have a list of priority acts, pretty much all of which have a link to the person who did ­something to me.’

Up close and personal: The 35-year-old singer, whose critically-acclaimed album No Shame was her most recent release in 2018, is now charging fans £187.50 for personalised messages

Lily’s appearance on Cameo has placed among a host of stars who have turned to the site to boost their coffers, after the COVID-19 lockdown hugely dented income.

Inbetweeners star James Buckley, 33, is just one of the actors to have earned over £100,000 in only three months using the site, while reality TV star Caitlyn Jenner, 71, is thought to have earned £14,500 from just seven personalised clips.

The platform allows starstruck fans to fill in a form requesting celebrities film a minute or so long personalised message, often wishing their loved one a happy birthday or just muttering a quick hello, for a set fee. 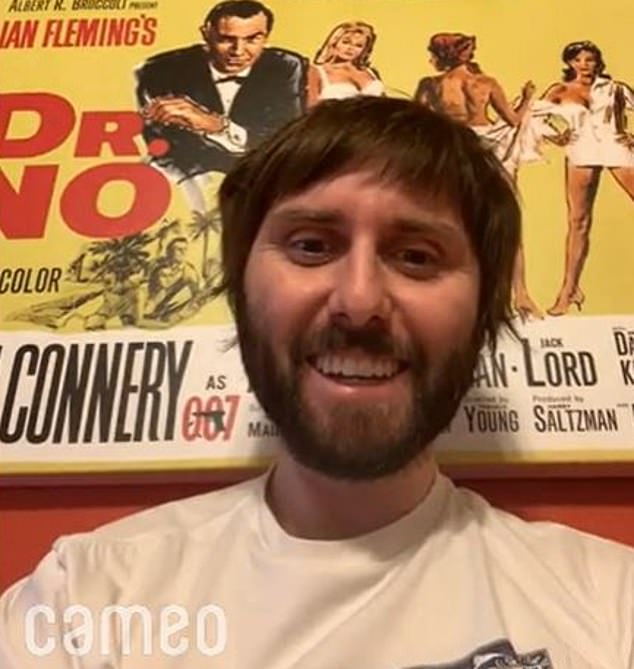 Raking in the dough: Inbetweeners star James Buckley is just one of the actors to have earned over £100,000 on the website

In the popular videos the star takes on the persona of his loud-mouthed Inbetweeners’ character Jay, throwing the show’s well known insults ‘bus w*****’ and ‘ooo frrwwendss’ at unsuspecting fans.

How much do they charge for a message?

He told the publication: ‘I got asked a load of times to do video messages for people and I could never be bothered to do it.

‘Until I found out there was a way I could do it for money.’

Other celebs to have cashed in on the easy money making platform include Lord Of The Rings actor Elijah Wood, 39, who is selling clips for £186 each and Harry Potter actress Miriam Margolyes, 79, who has sold over 100 clips at £83 each.

Cameo has seen a surge of celeb sign-ups in the months since lock down begun, with 77 per cent more actors, athletes, musicians and comedians now at your disposal.

Demand for videos has also increased from 9,000 a week to a whopping 75,000, reports The Sunday Times.

The site features a wide range of prices, at the low end EastEnders’ star John Partridge and Nigel Havers who will film a personalised message for £17 and £20 respectively, to mid range; Harry Potter actor Tom Felton at £185 per clip.

Those valuing themselves at a much higher rate include Made In Chelsea star Francis Boulle, charging £850 per clip, and actor and former footballer Vinnie Jones who will do you a video for £250.

Game Of Thrones star Lena Headey took to the platform selling videos for £270 each to raise money for Choose Love, Haircuts for Homeless and Meals for NHS, however she has since paused her account.

Across the pond actor Charlie Sheen, 55, is also a regular on the site, having done at least 130 videos for fans at £290 each and Scrubs actor John C. McGinley, who charges £250. 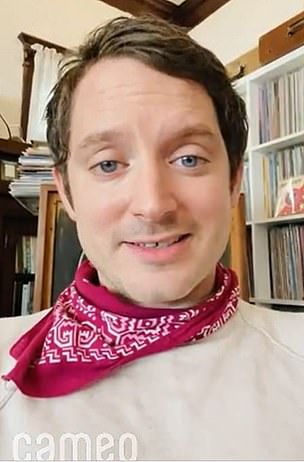 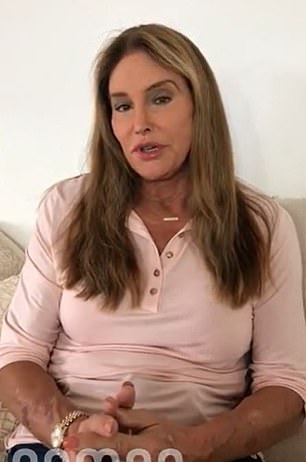 Cash: Lord Of The Rings actor Elijah Wood (left) is selling clips for £186 each while reality TV star Caitlyn Jenner is thought to have earned £14,500 from just seven personalised clips (right)