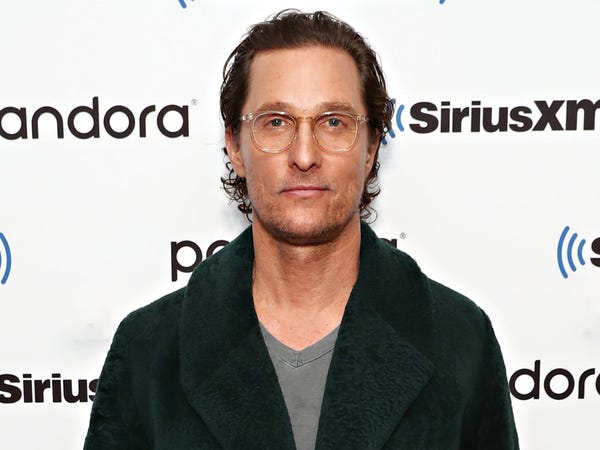 Matthew McConaughey revealed in a new interview that he almost gave up acting to pursue a career as a wildlife guide or high school football coach instead.

The "Dallas Buyers Club" actor spoke to Oprah Winfrey for a new episode of her Apple TV+ show "The Oprah Conversation." During their chat, McConaughey opened up about his struggles transitioning from romantic roles to more dramatic movies.

"I dabbled with thinking about other careers," he told Winfrey.

And while McConaughey is now an Oscar-winning actor, he revealed that he considered working as a high school football coach, an orchestra leader, a wildlife guide, or a schoolteacher.

"I was not going back," McConaughey said of his break from acting.

But the actor eventually decided to continue acting, and he told Winfrey that a change in attitude was in order.

"Just the same way I went to Australia for a year and stayed on a handshake, I was in," McConaughey said. "And I started to get that feeling that even though the harder this gets, this means there's more reward on the other side. Stick with it, stay in it, don't pull the parachute, McConaughey."

And while McConaughey ultimately didn't go on to teach high schoolers full-time, he did join the faculty of the University of Texas at Austin in August 2019 as a professor after working with the school as a visiting instructor.

This isn't the first time McConaughey has spoken out about his decision to pursue more serious roles in lieu of rom-coms.

In an excerpt from his new book "Greenlights," the actor said that after he'd starred in films like "How to Lose a Guy in 10 Days," he decided to forgo romantic movies entirely — which led to him turning down $14.5 million (one of the biggest paychecks of his career) to star in an unnamed rom-com.

"I declined the offer," McConaughey said. "If I couldn't do what I wanted, I wasn't going to do what I didn't, no matter the price."