Melanie Griffith, 62, puts on a leggy display while sporting Daisy Dukes during her daily walk

Melanie Griffith has been a bombshell for decades.

And the 62-year-old star proved she still has what it takes to make heads turn during a casual outing around LA Thursday.

Melanie put on a leggy display as she made her way around town wearing a pair of Daisy Dukes with a button-up blouse. 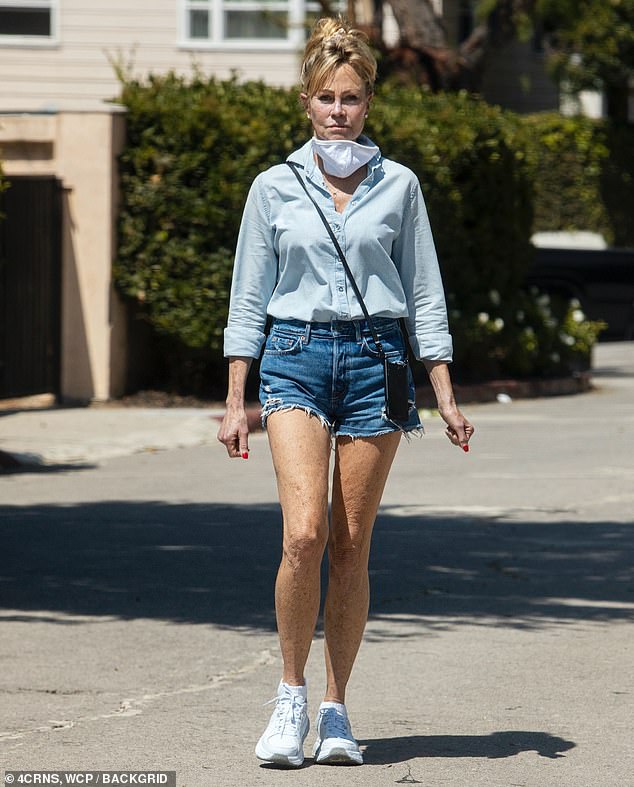 Short and sweet! Melanie Griffith looked great while sporting some short, shorts during a walk around her LA neighborhood on Thursday

The Working Girl actress was the essence of summer chic in her classic look, which included a chic and minimal phone sling across her front.

Meanwhile the mother-of-three’s blonde tresses were piled high on her head in a messy bun. She went makeup-free, showing off an all-around glow.

Though out in public Melanie wasn’t exactly following mask protocol, keeping her protective wear around her chin instead of protecting her face.

She appeared to run into a friendly face during her stroll, captured smiling at someone who crossed her path. 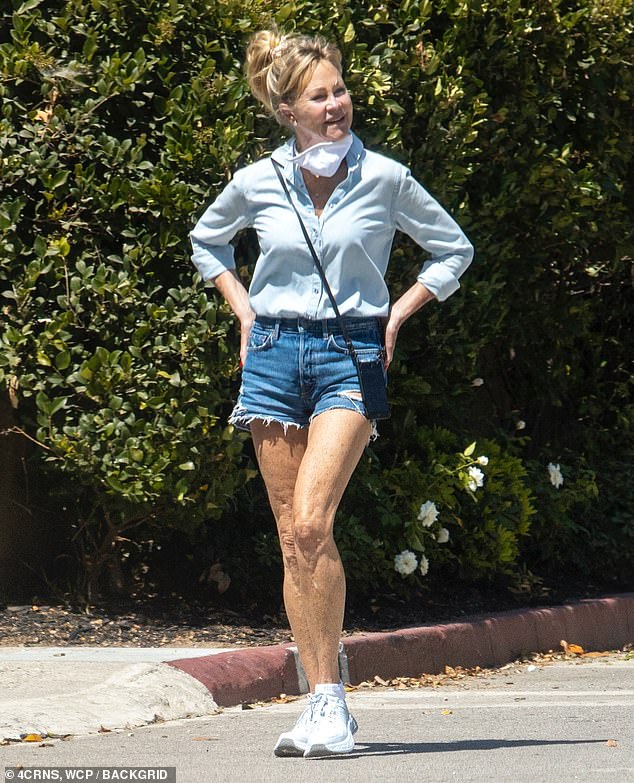 Summer girl: The Working Girl actress was the essence of summer chic in her denim look 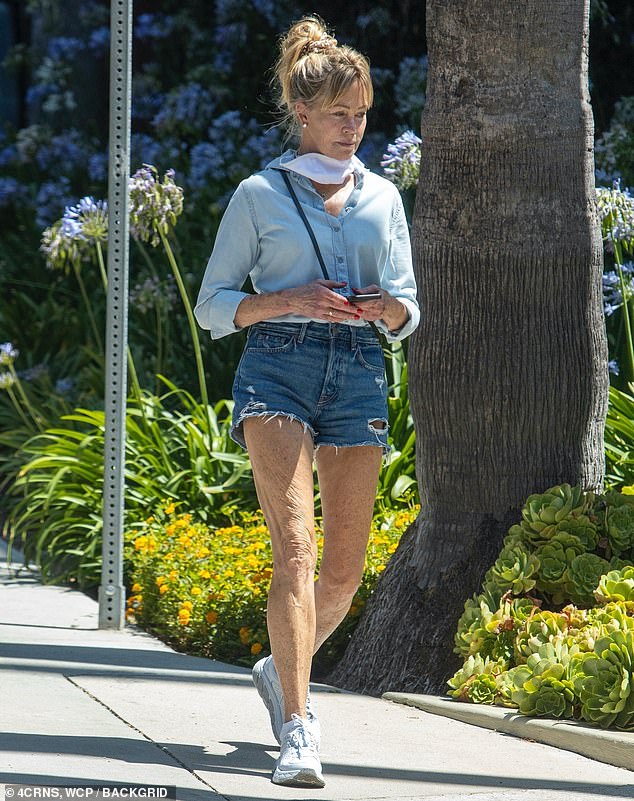 Bun in the sun! The mother-of-three’s blonde tresses were piled high and tied in a messy bun

Melanie was born into the spotlight, the daughter of The Birds actress Tipi Hedren and advertising executive Peter Griffith.

She got her Hollywood start as an extra on the films Smith! (1969) and The Harrad Experiment (1973), which starred her mom opposite James Whitmore.

Melanie became the darling of critics after she was nominated for the Best Actress Academy Award for her performance in the 1988 box-office hit Working Girl co-starring Harrison Ford, Sigourney Weaver, Alec Baldwin and Joan Cusack. 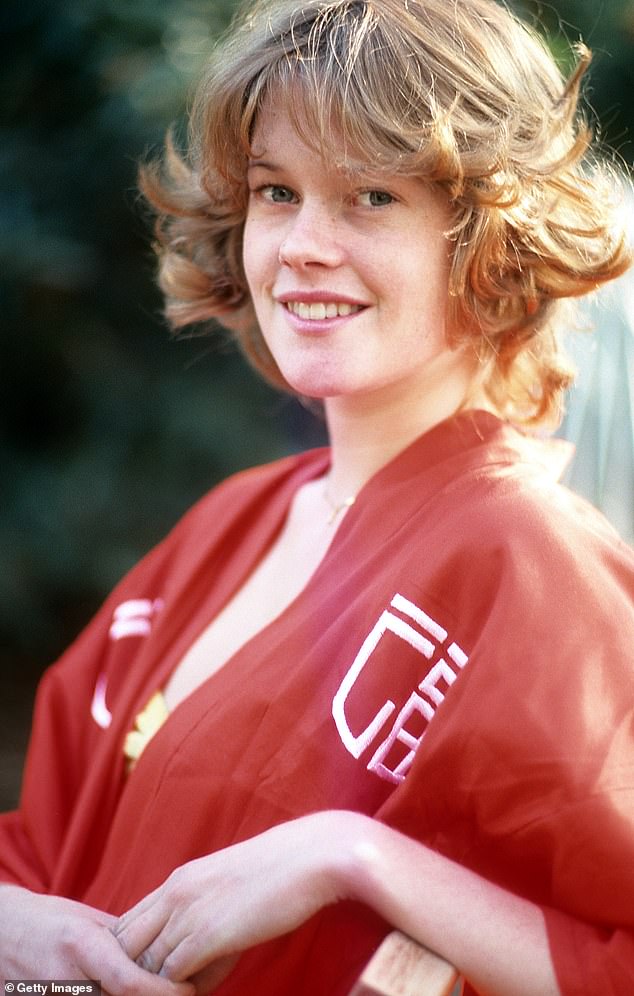 Born into Hollywood: Melanie was born into the spotlight, the daughter of The Birds actress Tipi Hedren and advertising executive Peter Griffith. She’s seen in 1975 above 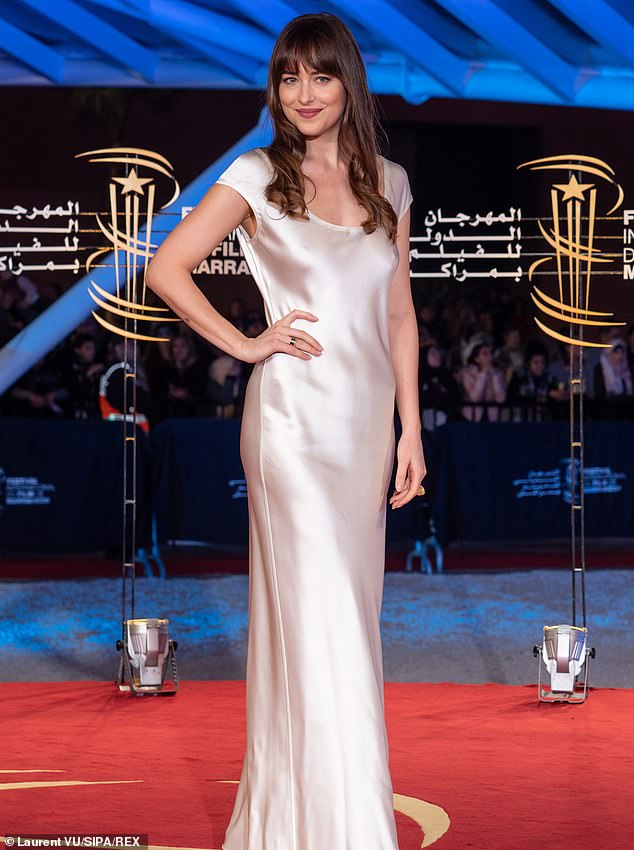 She has 34-year-old actor son Alexander Bauer with ex-husband Steven Bauer, 63, who is best known for his portrayal of Cuban drug lord Manny Ribera in the 1983 crime drama Scarface. 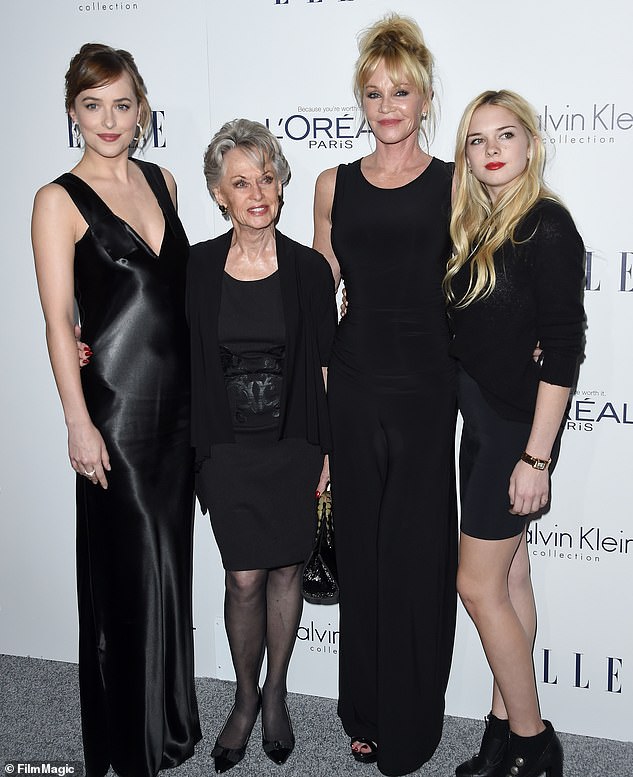