Miley Cyrus flaunts her curves in lingerie for Valentine's Day

Miley Cyrus is giving her 104 million Instagram followers an eyeful of her womanly curves with a number of posts on Instagram in celebration of Valentine’s Day.

In an apparent metaphor for leaving the past behind, the singer began by sharing a video of herself dressed scantily in a number of sexy lingerie ensembles to her song Get It Right.

At one point, she shreds a big stuffed bear, in an apparent homage to her Bangerz days and We Can’t Stop video, dressed in a bra and tights. 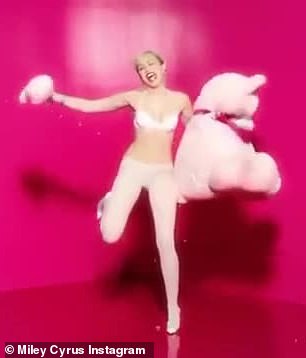 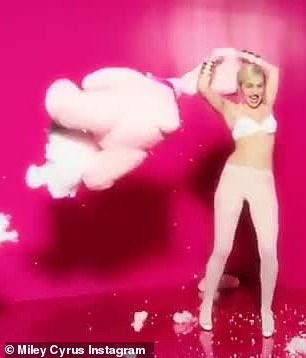 Miley’s special valentine’s: Miley Cyrus gave her 104 million Instagram followers an eyeful of her womanly curves with a number of posts on Instagram in celebration of Valentine’s Day

‘Happy V-Day! Love yourself,’ Cyrus, 27, captioned the video that begins with her decked out in Valentine’s red leggings and a big heart covering her upper body.

She also dons black underwear and a matching shoulder-less bra and a golden tan outfit as she frolics on top of a car and plays with assorted bears.

The Wrecking Ball star is decked out in a white bra and matching leggings when she starts to tear apart a pink stuffed bear, all the while she flashes a big beaming smile as she moves along to her Get It Right song. 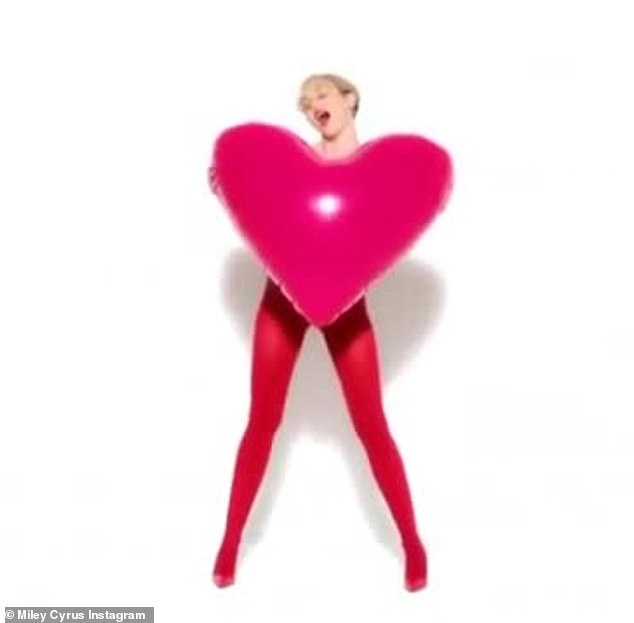 Sexy red: The Tennessee native, 27, sharing a video of herself dressed scantily in a number of sexy lingerie ensembles to her song Get It Right 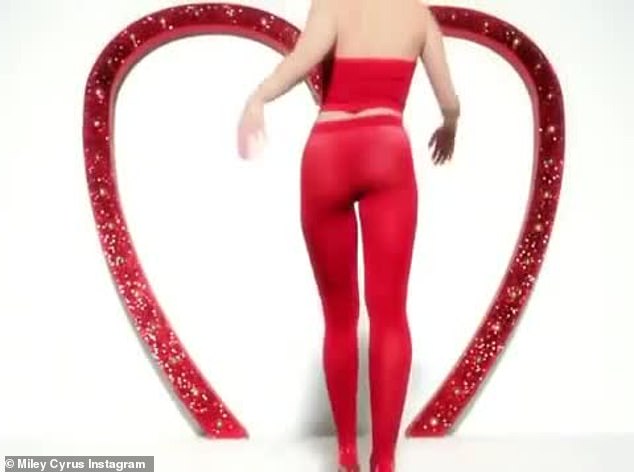 Sexy red: The singer wore Valentine’s red leggings and tube -top at the top of the video 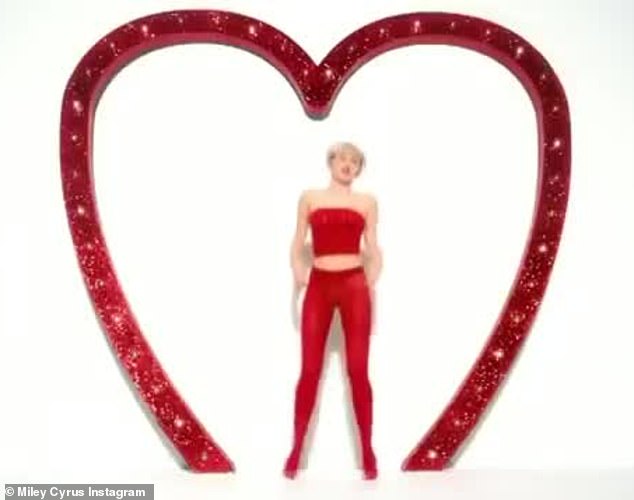 Sweet: There were plenty of hearts to mark the annual sweetheart holiday 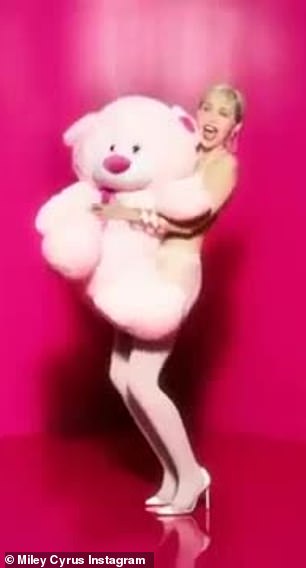 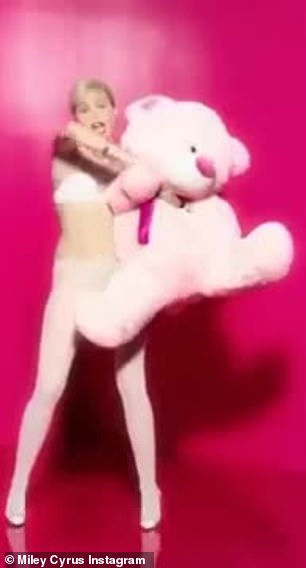 Revealing: Cyrus wore a white bra and leggings when she began to tear apart of stuffed bear 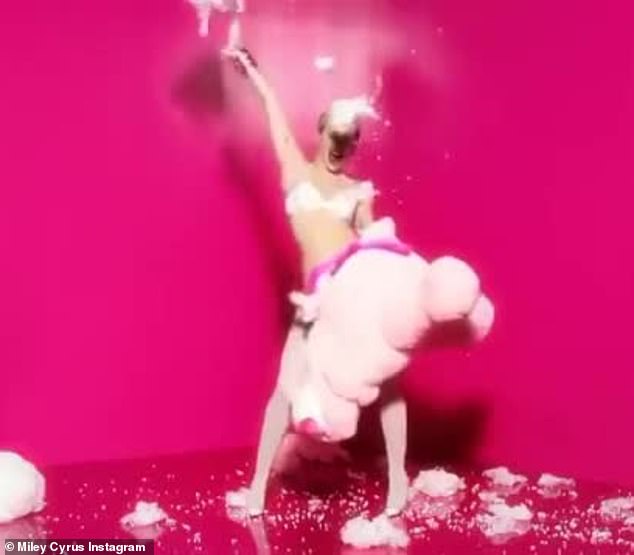 Going to town: By the end of the video, Cyrus pulled nearly all of the white stuffing out

About an hour after her initial post, Cyrus gave another nod to her past by sharing the video to her song Adore You, also from her Bangerz Album that dropped in 2013.

‘I adore you all ❤️ happy vday! Celebrate by touching yourself, sucking on the sheets, and taking a milky bath,’ she wrote in the caption, an obvious reference to the video that shows her touching herself inside bed sheets.

The Tennessee native wasn’t done just yet with her Valentine’s Day flurry on social media.

By the late afternoon, Cyrus shared a quick clip of her 2015 MAC Cosmetics advert that showcased her bold red lips as it flashed ‘I love you’ across the screen several times. 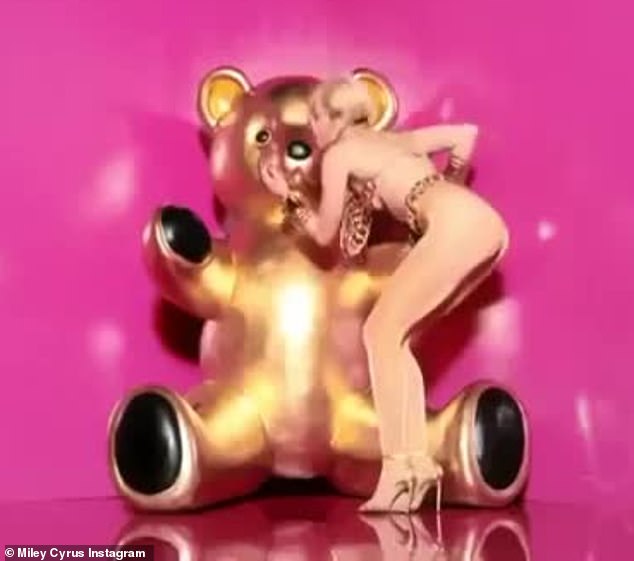 Golden: There was also a gold bear that got tome tender loving care from Cyrus 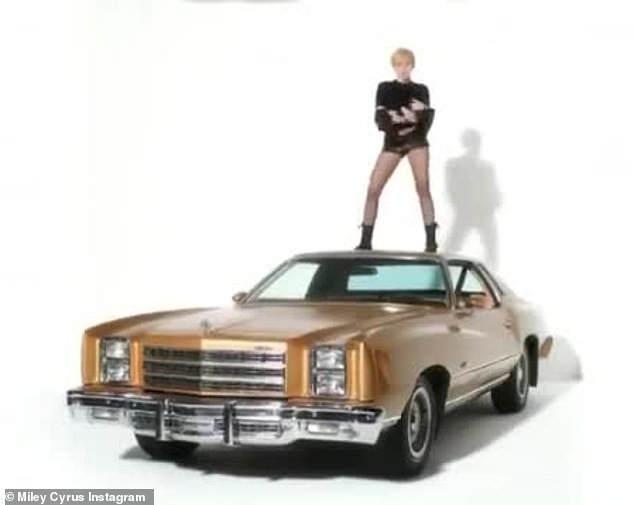 Lady in black: The Do My Thang star also donned a skimpy black ensemble 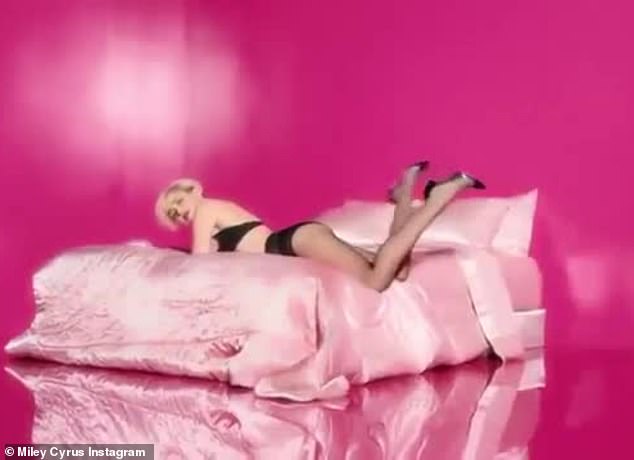 More than sleep: Cyrus frolicked on a bed in black undergarments 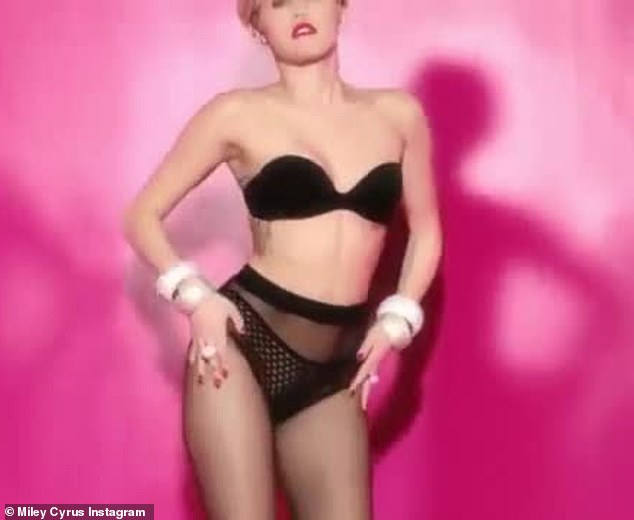 Working it: The singer also broke out some dance moves in her black lingerie

In an obvious nod to the ladies on the annual sweetheart holiday, she wrote, ‘Happy Vagina Day’ in the caption of the commercial.

The My Darling singer also took to her Insta-Story and shared a black-and-white photo of beau, Cody Simpson, who’s wearing a baseball cap that reads ‘Reserved’ across the front of it.

She wrote, ‘ValenMINE’ at the top of the snap.

The couple, who have known each other for years prior, only started dating in September of 2019, just over a month after she went public with her separation from ex-husband Liam Hemsworth.

I adore you all ❤️ happy vday! Celebrate by touching yourself , sucking on the sheets , and taking a milky bath.

I adore you all ❤️ happy vday! Celebrate by touching yourself , sucking on the sheets , and taking a milky bath. 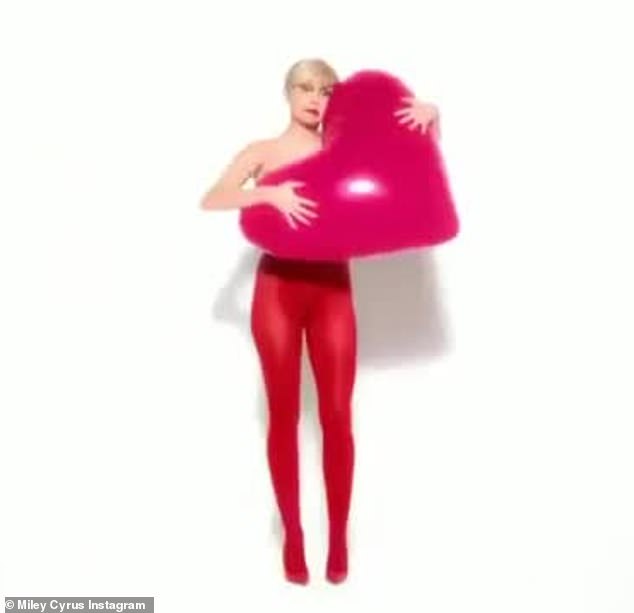 Love life: This is Cyrus’s first Valentine’s Day since her split from ex-husband Liam Hemsworth 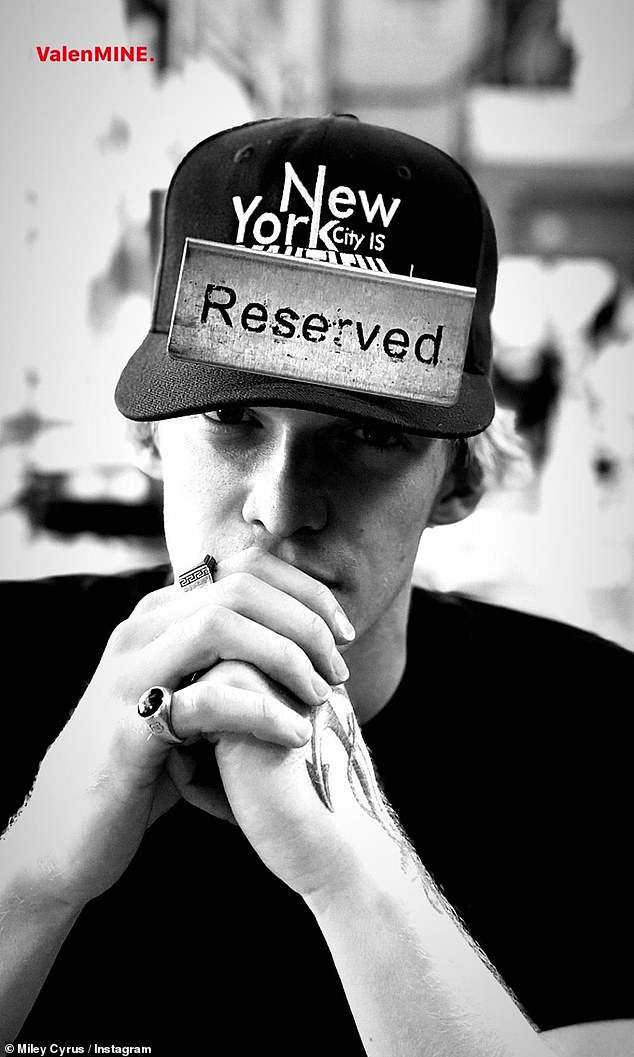 ‘ValenMINE’: Cyrus also shared a photo of beau Cody Simpson, whom she’s been dating since September 2019 after years of being friends 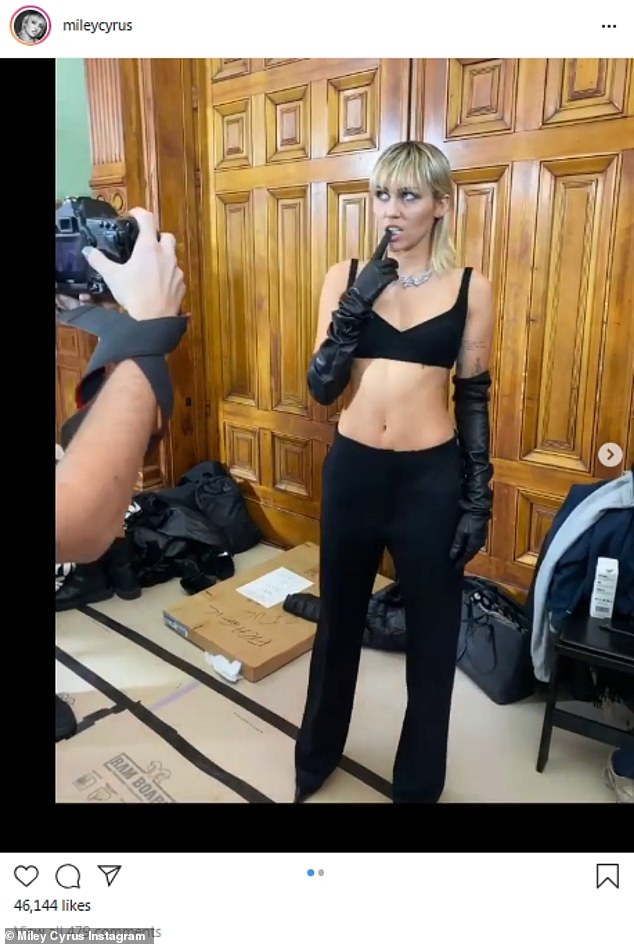 Strike a pose: Earlier in the day, Cyrus shared a couple of quick clips of herself in a black bra and pants during a photo-shoot

Harrison Ford opens up on speaking about environment at the UN