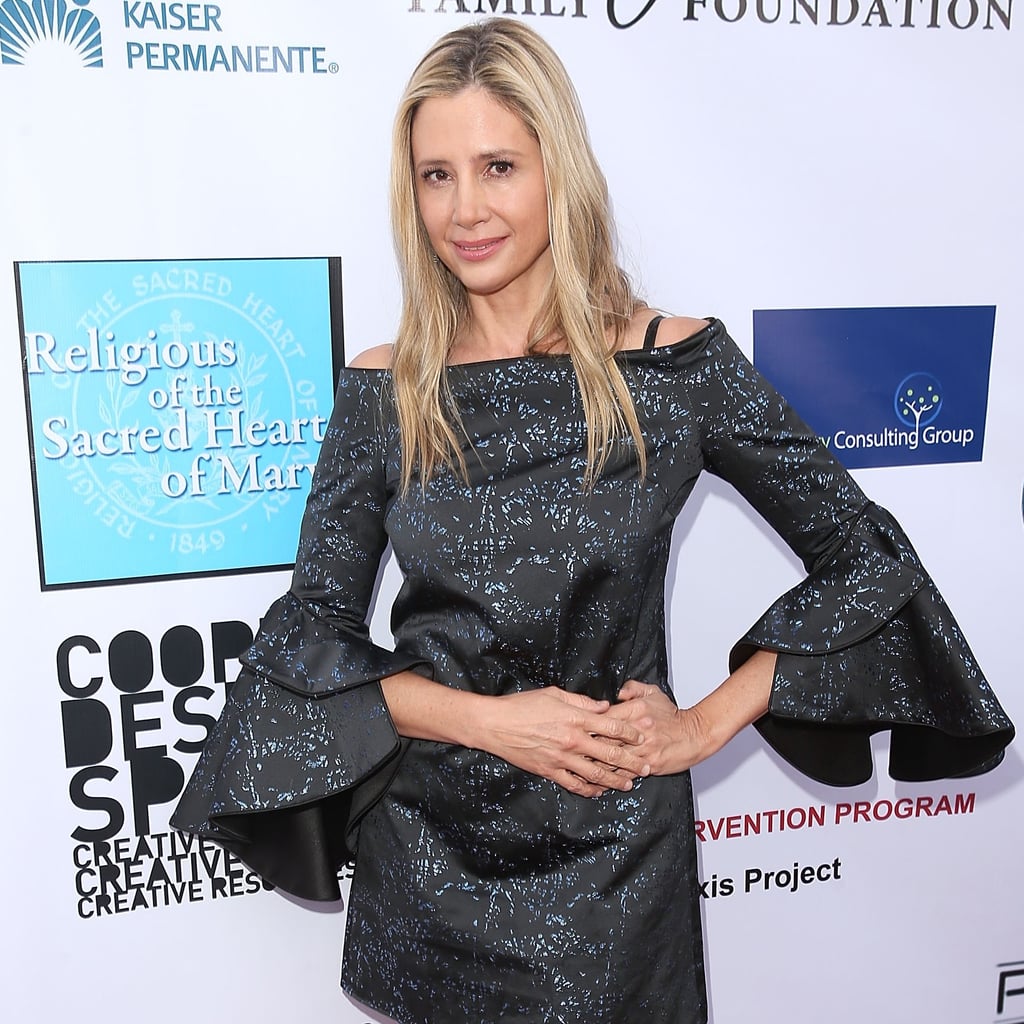 It’s been six months since Oscar-nominated actor Mira Sorvino came forward with her own story about producer and accused serial sexual abuser Harvey Weinstein. At a gala for the Coalition to Abolish Sex Trafficking in LA on Thursday night, she reflected on speaking out, the change she and other women have sparked, and the justice that has yet to be served.

“It was a very tumultuous Fall for all of us who decided to speak out, and we had no idea where it was going to go,” Mira told POPSUGAR on the red carpet. “And it’s blossomed into something that’s really powerful, and really beautiful, and I’m proud to be a part of it. I’m proud to be part of a cultural sea of change that I think has the possibility of reducing the sexual misconduct, violence, and rape that has plagued the human species since time began. Because now, there’s such a collective voice . . . and we’re chipping away at that atmosphere of impunity for predators. So it’s starting to be not possible to get away with it.”

Mira also told us she hadn’t yet read the Vogue profile on Georgina Chapman, Weinstein’s estranged wife, which was published earlier the same day. Would she? “Maybe,” she said with a shrug.

The Vogue article, which was preceded by a letter penned by editor-in-chief Anna Wintour, drew criticism from those who said it failed to ask tough questions of the Marchesa designer and acknowledge the nuance of complicity.

“The Cosby verdict was a milestone for everyone,” Mira told POPSUGAR. “Please, God, let Weinstein be next. I mean, we really need criminal proceedings against him. He’s lost his position, he lost what he loved to do, he lost some money, but he hasn’t lost his freedom. He committed numerous crimes, and he raped people I care deeply about, and he needs to pay for that.”

In addition to Cosby accusers and many other clients, Gloria is currently representing a woman who says she was sexually assaulted at singer Chris Brown’s home. She reflected on the power of #MeToo in shining a light on all forms of sexual abuse.

“What has changed? I think that we are seeing more and more courage from victims who, one, refuse to suffer in silence,” Gloria told POPSUGAR. “They’re either speaking out on the internet, or they’re contacting me or other attorneys to learn what their legal options are.”

CAST, an LA-based nonprofit known for its rapid response to trafficking and its work to rehabilitate survivors, celebrated its 20-year anniversary at last night’s event.