Naomi Campbell claims a ‘revolting’ hotel BANNED her from entering

Naomi Campbell, 49, claims French hotel BANNED her from entering ‘because of the colour of my skin’… and reveals ‘diversity didn’t exist’ when she started her career

Naomi Campbell has claimed she was barred from a hotel because of the colour of her skin.

The 49-year-old supermodel told Paris Match Magazine she wasn’t let into a hotel in the south of France after a guard told her it was full, only to discover other guests were being admitted into the facility.

Naomi also said that she the word diversity ‘didn’t exist’ when she was first starting out in her career, with the model going on to campaign heavily for greater equality in the modelling industry. 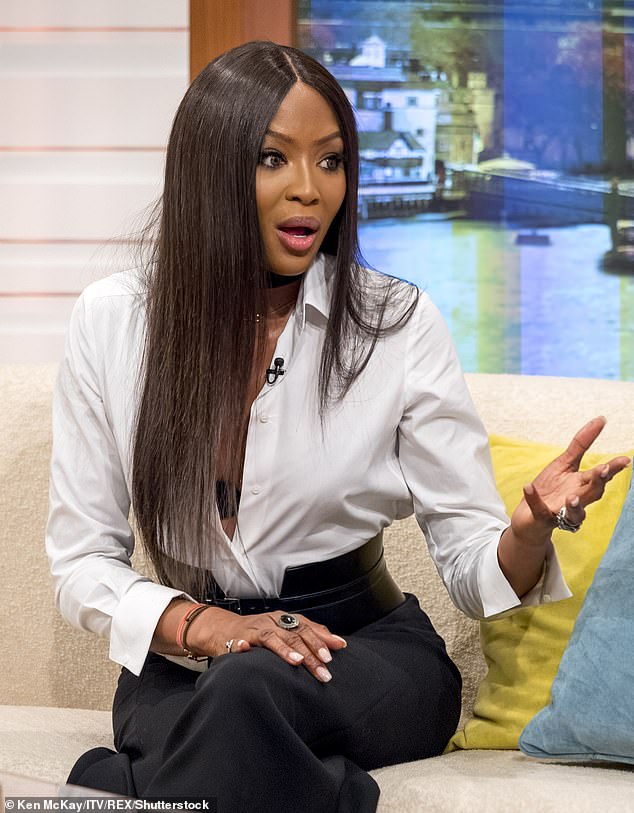 ‘Revolting moment’: Naomi Campbell has claimed she was barred from a hotel in the South of France because of the colour of her skin.

Choosing not to name the hotel, Naomi explained: ‘The word ‘diversity’ is everywhere today but it did not exist when I started.’

‘I’ve always wanted people to be treated equally. I was recently in a city in the South of France, where I was invited to participate in an event in a hotel whose name I will not mention.

‘They did not want to let my friend and I in because of the colour of my skin. The guy at the entrance pretended that the place was full but he was letting other people in. It is for these kinds of revolting moments that I will continue to speak up and make myself heard.’ 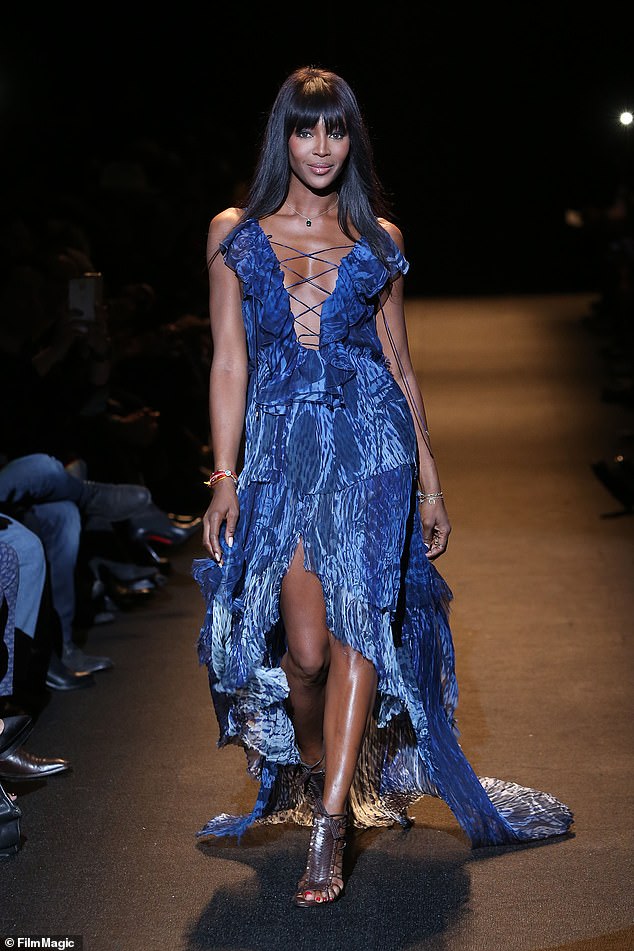 Catwalk queen: The supermodel told Paris Match Magazine she wasn’t let into a hotel in the after a guard told her it was full, only to discover other guests were being admitted

At the 2018 CFDA Fashion Awards in New York last year where she collected the Icon Award, Naomi revealed how the prejudice she has faced has fuelled her career success.

‘I was told many times that I couldn’t do certain things because of the color of my skin.

‘I let it drive me. And of course I’m human, and I found it hard at times not to take it personally. But I stand here today as a proud woman of color, and I will continue to push for diversity and equality in this industry.’

In recent years, Naomi has seemingly taken a more active interest in political and social issues but the catwalk star recently explained that she’s always taken an interest in a range of issues, even though it’s not been apparent to the public. 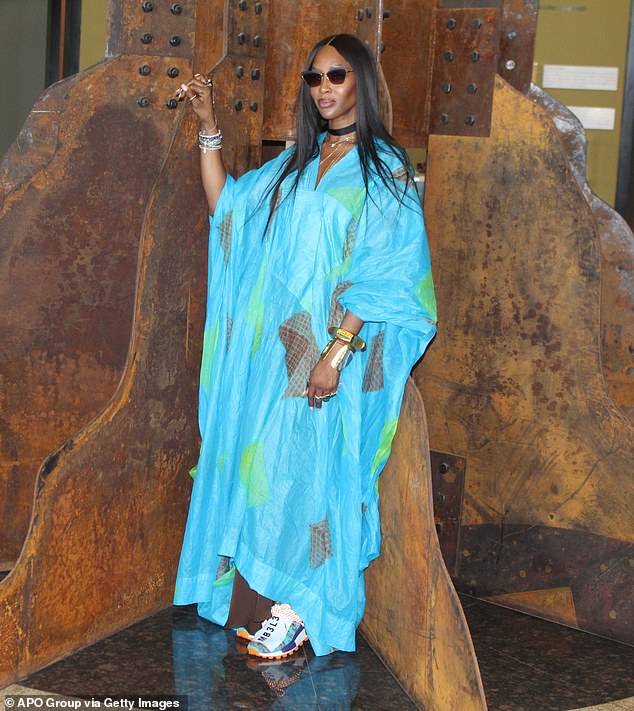 Close to her heart: Naomi  lent her support at the SEED Hoop Forum in Dakar, Senegal on Friday

She shared: ‘I’ve been doing this since 1993. I have many hats that I like to wear, and do. England it seems always has to put me down to do one thing or another.

This is equality, why can’t a woman do more than one thing. I think it’s a time that women are finally getting heard and it’s crazy it has taken this long.

The five-day event Hoop Forum sees youths and guests take part in activities including workshops and basketball camps, and celebrates its 20th anniversary this year. 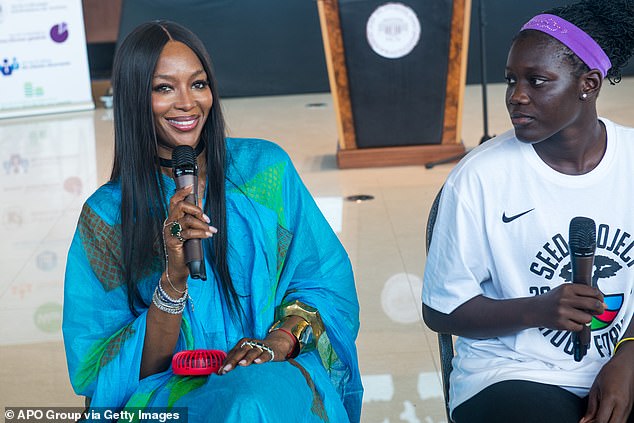 Supporter: The catwalk Queen, 49, appeared in high spirits as she addressed the crowd at the charity event

Earlier in the week Naomi joined Amadou Gallo Fall, who is the founder of SEED, and NBA player Gorgui Dieng of the Minnesota Timberwolves, where she gave a speech and continued to show her support to the forum.

On Sunday the supermodel took to social media to share her gratitude at having been part of such an empowering event.

‘Our young African girls and future women need role models and mentors to guide them and teach them how to use their talent and voices to promote the continent positively. I am glad to be able to use my voice and to support and the work they are doing with our young African girls.’ 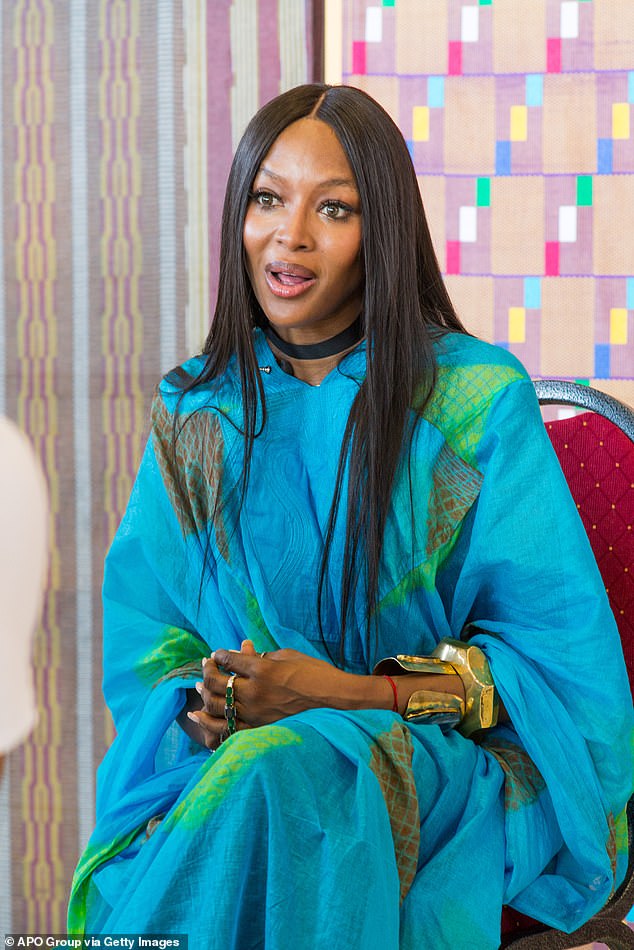 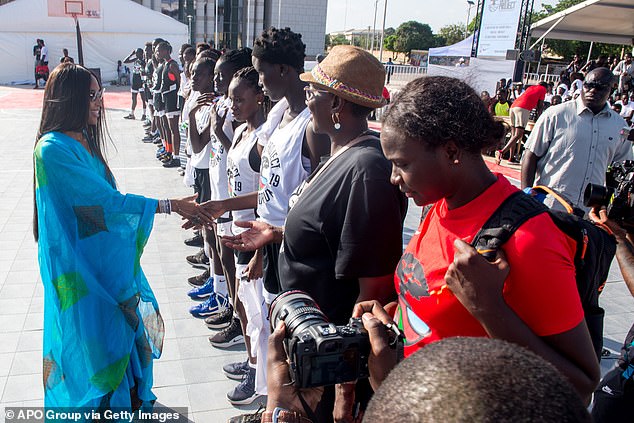 Hello: The happily greeted attendees as she  supported the SEED Hoop Forum in Senegal