Olivia Jade posted a smoldering snap over the weekend showing how she is whiling away social isolation amid the coronavirus pandemic.

The 20-year-old YouTuber, who found herself at the center of last year’s college admissions scandal, is hunkering down with ‘my loves’.

She treated viewers of her Insta Stories to a sizzling view of her shirtless boyfriend Jackson Guthy lounging on the sofa with her sister Bella Rose. 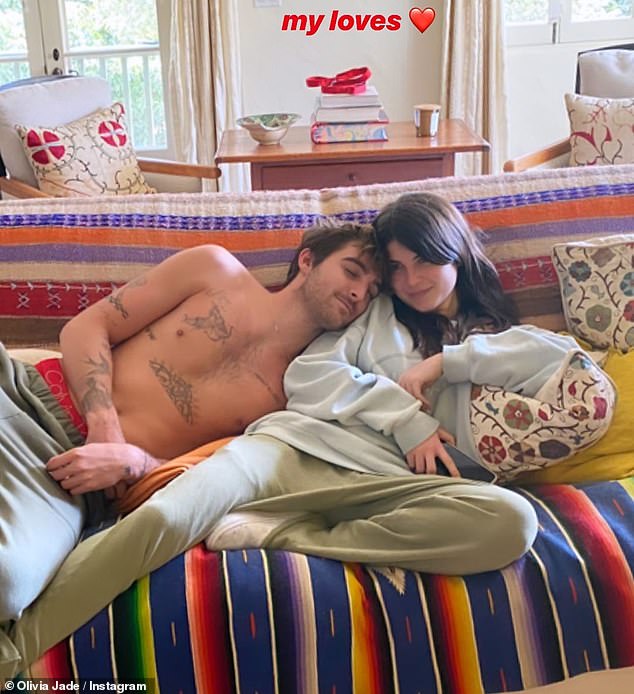 Isolation with ‘my loves’: Olivia Jade treated viewers of her Insta Stories to a sizzling view of her shirtless boyfriend Jackson Guthy lounging on the sofa with her sister Bella Rose

Olivia’s hunk lay down on the couch, showing off his musclebound torso and sprawl of chest tattoos as he leaned against Isabella.

Lori and her fashion designer husband were accused of paying $500,000 to falsely pass the girls off as potential college rowers on USC’s team. 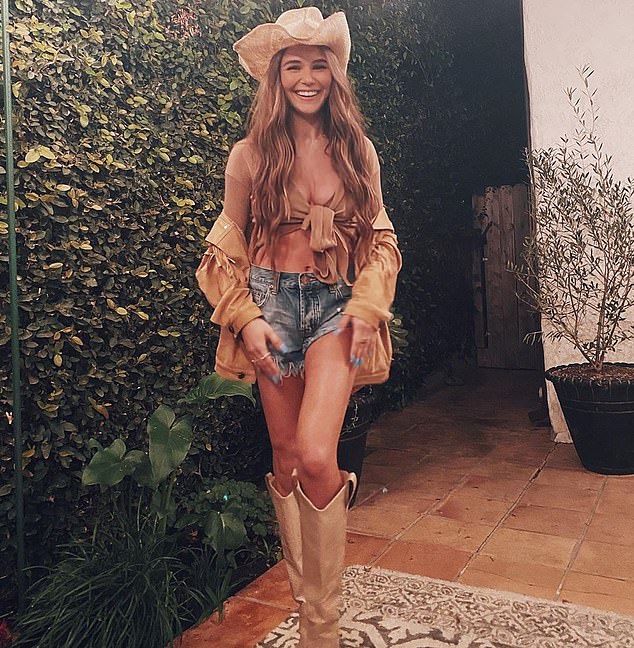 Life before lockdown: Olivia is pictured attending a costume party at the beginning of this month before California’s stay at home order

Mossimo and Lori each got out on $1 million bail and have pleaded not guilty to all the charges brought against them, including money laundering.

Now the TV star and other parents caught up in the scandal are trying to have their cases thrown out entirely because of their misgivings about informant Rick Singer.

They are alleging that Rick, the orchestrator of the scam, was pressured into lying by investigators who the parents claim also hid evidence that would help the defense. 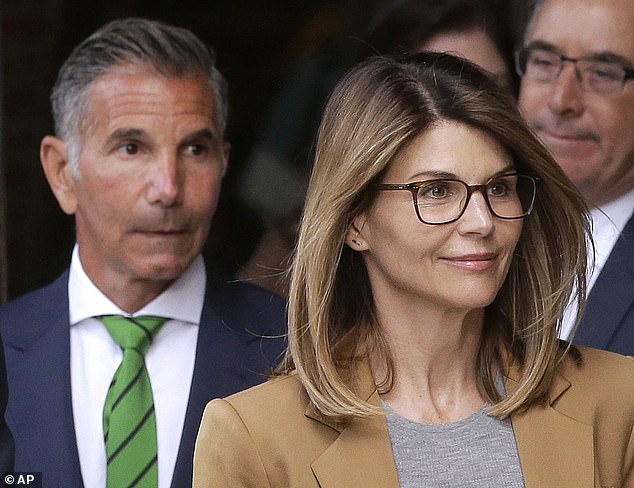 Jackson and Olivia broke up as the admissions scandal swirled around her but later last year they reignited their romance.

Olivia was holidaying on the yacht of the USC trustee board’s billionaire chairman Rick Caruso the day her parents were indicted last March.

She was apparently on the vessel with Rick’s daughter Gigi, who is her age and also a freshman at USC, according to The Hollywood Reporter.