He recently sparked a row when he slammed men who carried their children in papooses.

And now Piers Morgan has poked fun at Gordon Ramsay for carrying his newborn son in the controversial child carrier while he was out on a Sunday stroll.

The Good Morning Britain host, 54, tweeted the TV chef’s Instagram snap and teased him for wearing the papoose with his baby Oscar. 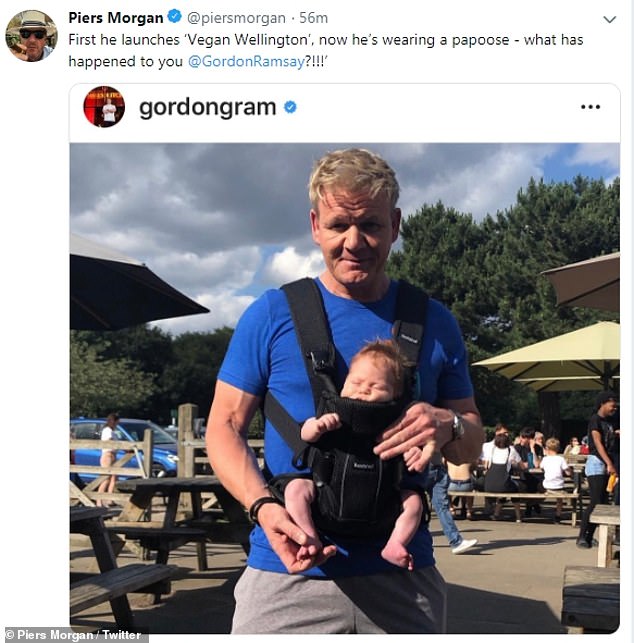 Teasing: The Good Morning Britain host, 54, tweeted the TV chef’s Instagram snap and teased him for wearing the papoose with his baby Oscar

He wrote: ‘First he launches “Vegan Wellington”, now he’s wearing a papoose – what has happened to you ⁦@GordonRamsay?!!!’.

Gordon, 52, who welcomed his fifth child in April, had posted the adorable snap proudly displaying his son in the papoose with the caption: ‘Walk in the Park with my new best mate ! @oscarjramsay’.

Piers first ignited the row in October when he claimed men is was ’emasculating’ for men to wear papooses – after Daniel Craig was spotted wearing one with his one-month-old daughter.

The James Bond star was spotted on a solo outing in New York with the newborn he shares with his wife Rachel Weisz, but Piers was unimpressed, tweeting: ‘Oh 007.. not you as well?!!! #papoose #emasculatedBond.’ 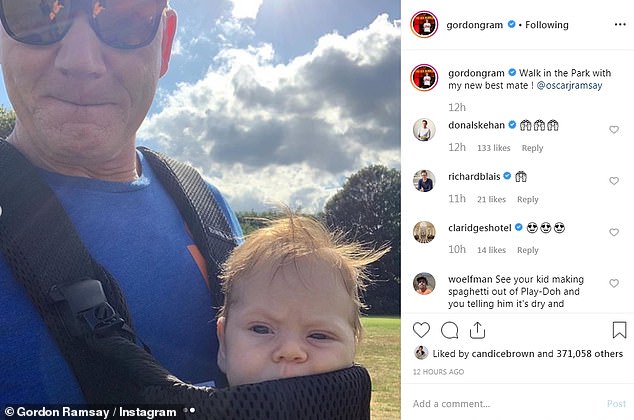 Proud dad: Gordon, 52, who welcomed his fifth child in April, had posted the adorable snap proudly displaying his son in the papoose with the caption: ‘Walk in the Park with my new best mate ! @oscarjramsay’

Twitter users were not impressed at the time and bombarded the GMB host with images of fathers wearing them with some toting two children at the same time.

Even Captain America star Chris Evans weighed in, tweeting: ‘You really have to be so uncertain of your own masculinity to concern yourself with how another man carries his child.

‘Any man who wastes time quantifying masculinity is terrified on the inside.’ 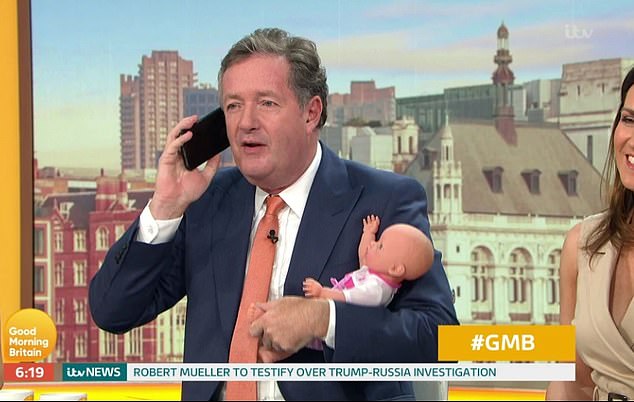 ‘No man will have sex again’: Piers Morgan reignited that papoose row with Alex Beresford on GMB on Wednesday as he said they signal the death of mankind

Australian UFC featherweight fighter Alex Volkanovski shared a snap taken on his way to Thailand with his daughter, saying: ‘Did my whole fight camp with her in the #papoose…she finished camp unscathed!!’

Piers later clarified: ‘There’s nothing wrong in carrying or caring for your child. I did it with all four of mine. My ire is directed solely at the papoose.

‘Wearing a papoose doesn’t mean you “care” more about your kids.’ 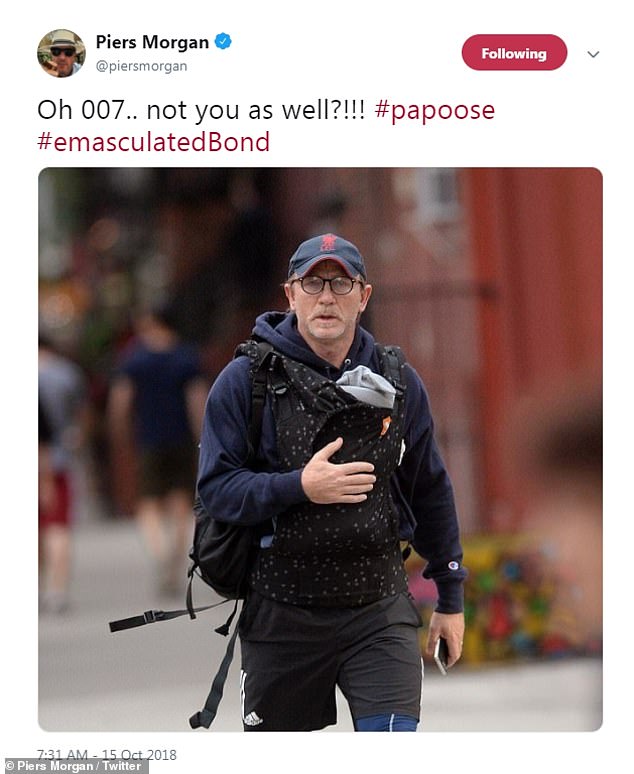 Row: Piers Morgan first provoked the furious debate on Twitter by tweeting that 007 has been emasculated after spotting a snap of Daniel Craig carrying his baby daughter in a papoose in New York

Piers recently reignited the row on GMB during what became an awkward row with weatherman Alex Beresford, 38, on Wednesday, who said he was a fan.

Piers said: ‘You would never have sex with a man again if he showed up wearing one of these.

‘Dads should just do what I did, which is carry them with your own arms or your own shoulders, be a man.

‘What is happening to the men of the world, it makes them look utterly ridiculous!

‘I have a theory that once you wear one of these ridiculous papooses no man ever gets laid again.’ 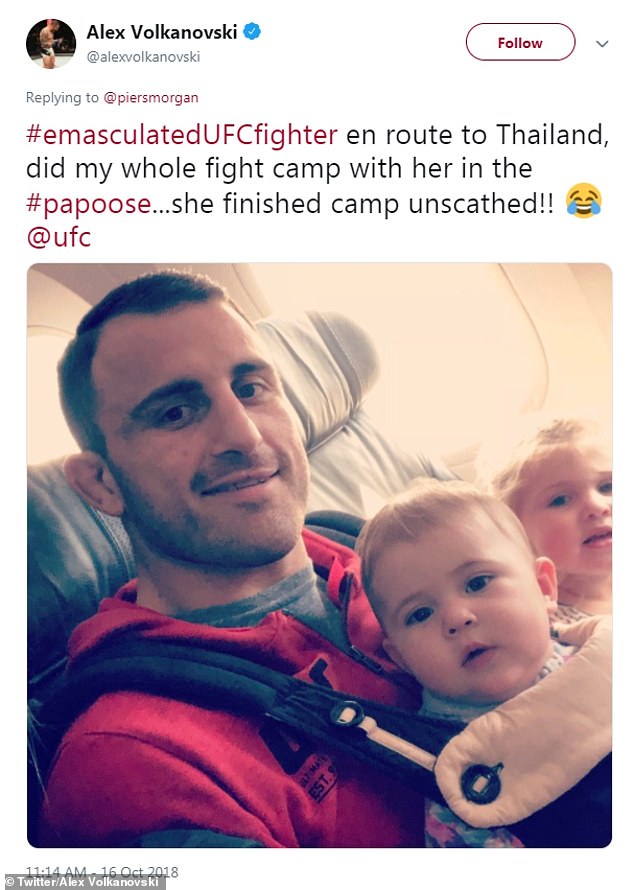 Susan Lucci, 73, Looks Ageless In Swimsuit After Opening Up About Near-Fatal Heart Condition