She’s preparing to welcome her third child into the world in the next few weeks.

And Miranda Kerr looked radiant as she displayed her beautiful baby bump in an Instagram snap, posted to her account on Monday.

The model, 35, showcased her pregnancy style in a gorgeous blush midi-dress printed with bright yellow lemons. 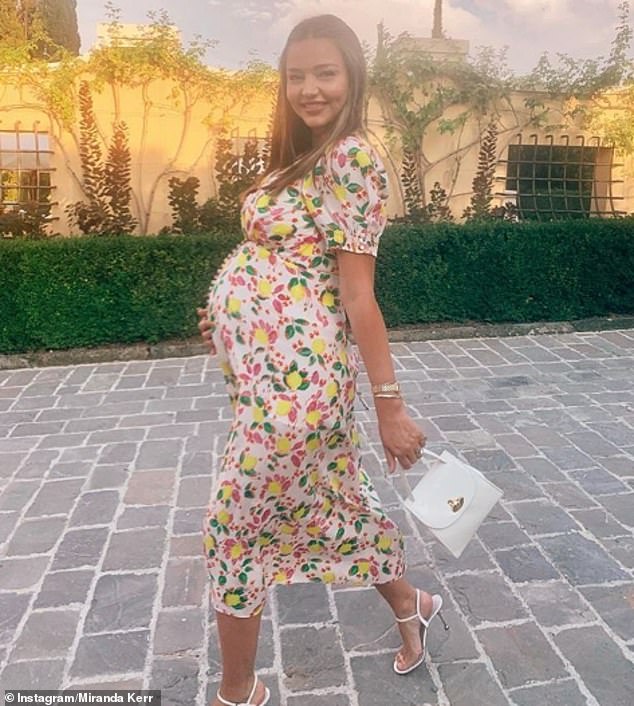 Not long now! Miranda Kerr looked radiant as she displayed her beautiful baby bump in an Instagram snap, posted to her account on Monday 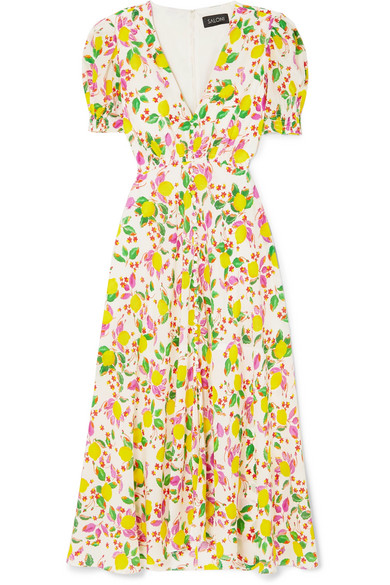 The Australian beauty caressed her growing bump in the snap as she walked along in a pair of white stiletto heels and carried a small white leather handbag.

The former Victoria’s Secret Angel opted for minimal make-up to display her radiant complexion, and wore her caramel coloured locks in loose waves.

Miranda and her husband, Snapchat SEO Evan Spiegel, 29, announced the model was pregnant with her third child to Daily Mail Australia in April.

Shortly after the announcement, the beauty debuted her baby bump as she attended the Gruner & Jahr Spa Awards ceremony in Baden-Baden, Germany. 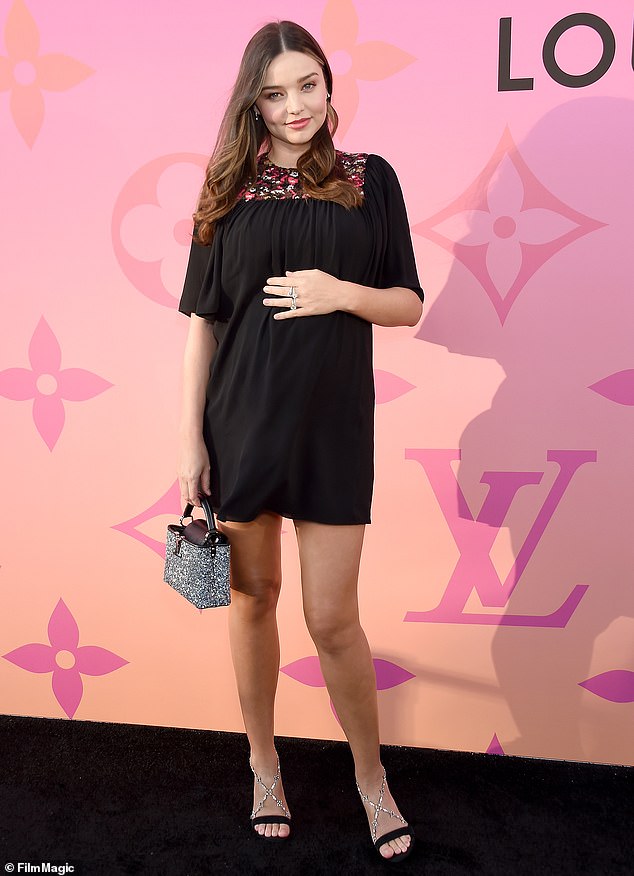 Happy news: The model, 35, and her husband, Snapchat CEO Evan Spiegel, 29, announced she was pregnant with her third child to Daily Mail Australia in April (pictured in June)

In a statement, the star’s representative said: ‘Miranda, Evan, Flynn and Hart are looking forward to welcoming the newest member to their family.’

The pregnancy news came just 10 months after Miranda and Evan welcomed son Hart in May 2018.

Miranda is also mother to son Flynn, eight, who she shares with ex-husband, Orlando Bloom, 42, who she was married to for three years from 2010 to 2013.

The model and Evan went public with their relationship in June 2015 after first meeting at a Louis Vuitton dinner in New York City in 2014.

Speaking to E! News, the model gushed over their romance and said she knew he was ‘The One’ almost immediately, saying: ‘He’s just a really kind person – very genuine, very authentic.

‘I really appreciate that about him. And also, he’s very intelligent. We started out as friends, and eventually, it developed into more.’

The model and the Snapchat founder married in a ‘small but lavish’ ceremony in May 2017 at Evan’s home in Brentwood, Los Angeles.

Shortly after the birth of the couple’s first son, Hart, last year Miranda gushed about being in ‘baby bliss’.

Taking to Instagram at the time, Miranda wrote to her fans: ‘Thank you so much for all of your warm wishes.

‘Evan, Flynn and I have been in baby bliss for the last 17 days with our new arrival, baby boy Hart. We feel so very blessed.’ 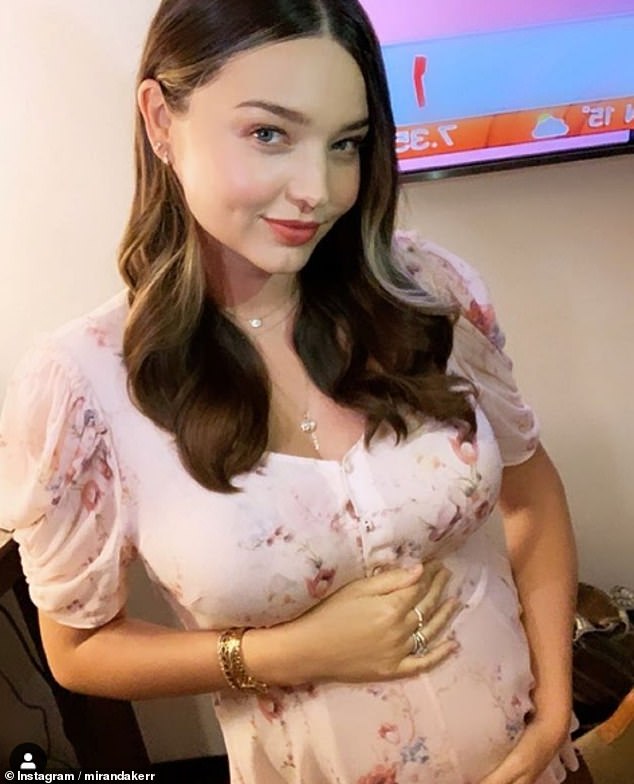