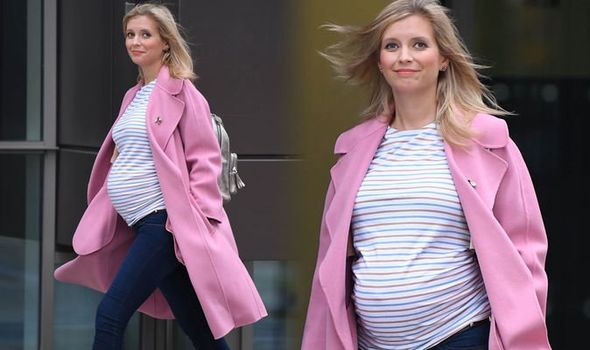 The pregnant Countdown star, who is expecting her first child with husband Pasha Kovalev, 39, was photographed outside the Manchester studio after filming a Christmas edition of the popular Channel 4 show.

The television personality looked pretty in pink when she stepped out into the September sunshine, teaming a soft pink coat with a stripy top, jeans and trainers.

Her casual outfit perfectly showcased her burgeoning bump and contrasted the glam looks worn earlier in the day during filming.

Rachel, who announced her pregnancy back in May, took to social media to give fans a behind-the-scenes look as she pre-recorded the festive episodes with co-star Nick Hewer, 75.

Larking about in the famous studio, the mum-to-be embarked on a funny game of hide and seek between takes which she dubbed “Christmas Countdown camouflage”.

Sharing pictures with her 649,000 Twitter followers in various states of disguise, Rachel could be seen standing in front of a Christmas tree in a blue spotty dress which matched the tree’s decorations.

Alongside the snap, she wrote: “We’re a little bit confused what time of year it is over in Countdown-land… Nice opportunity to work on my Christmas tree camouflage though – think it’s going well!” 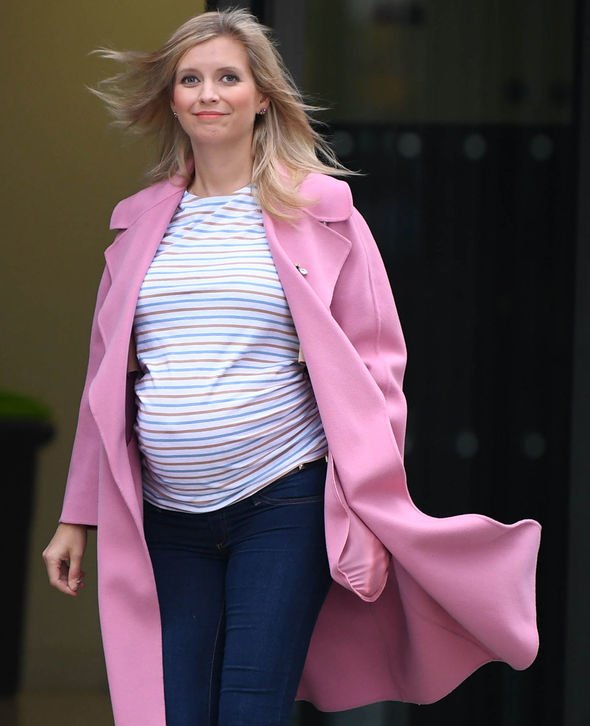 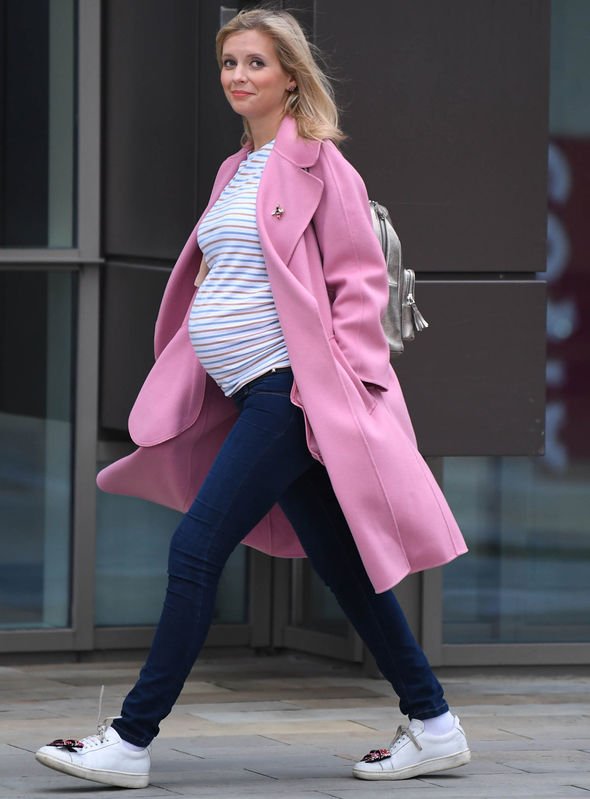 A second picture followed showing the heavily pregnant star lying on the Countdown desk in a grey ensemble.

A final snap shows Rachel hiding under the desk in a red dress which matched the set with the show’s host Nick in the background apparently “none the wiser”.

The former adviser to Lord Sugar commented on the humorous social media snap: “Funny! I wondered what on earth had come over her so went around to investigate to find her supine and in that condition too. I was none the wiser until I saw the tweet. Rachel can be CRAZY!”

Rachel replied: “Thanks for helping me up, I’d still be down there otherwise.” 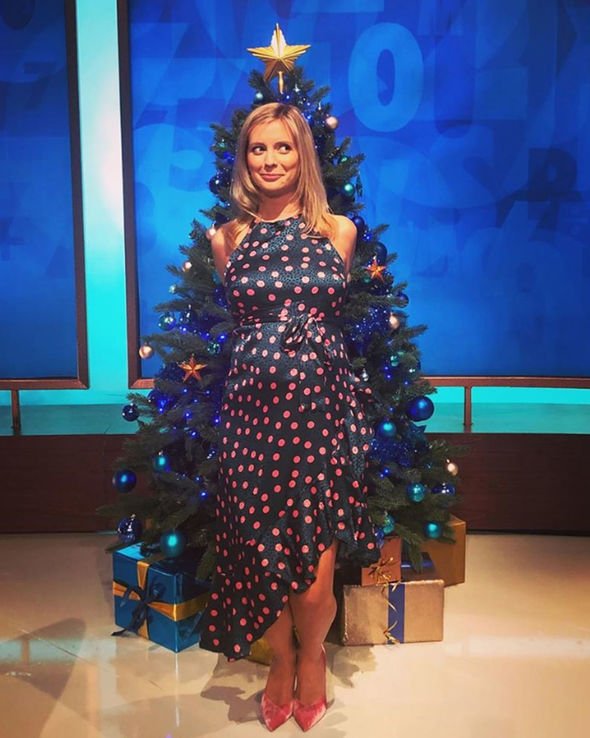 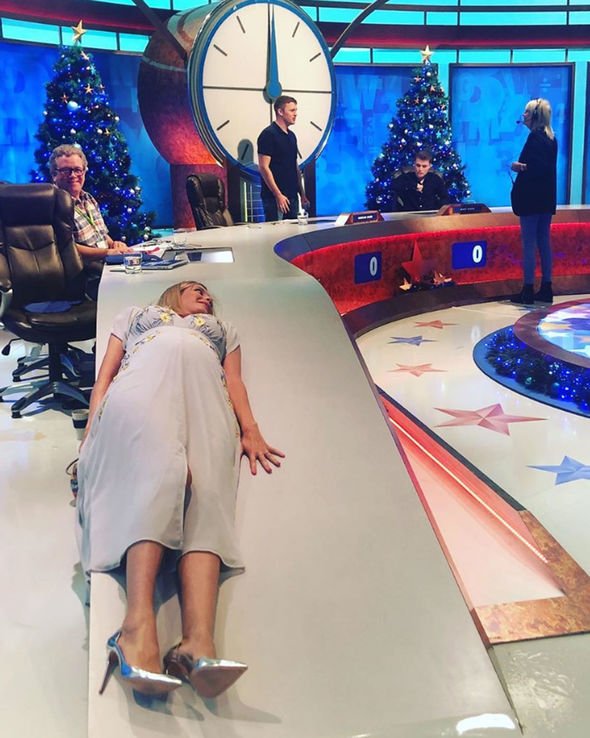 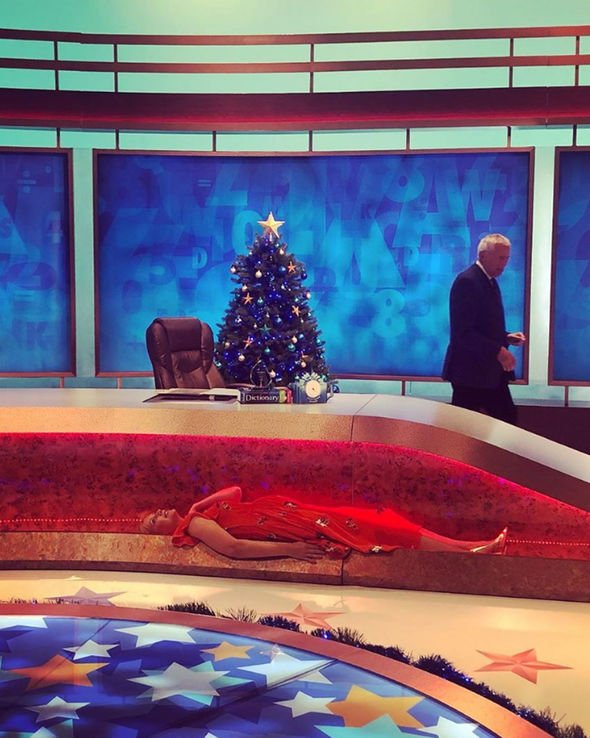 Here is What Busy Philipps Eats in a Day