The 38-year-old allegedly sent Man City ace Kyle Walker’s fiancée a scathing text after Annie said that she ‘didn’t blame’ Coleen for ‘exposing’ Rebekah after reportedly selling stories about her – something she denies.

The Sun reports that Rebekah was also fuming at Annie, 27, for suggesting that her and husband Jamie Vardy, 33, wanted to become the new ‘Posh and Becks’. 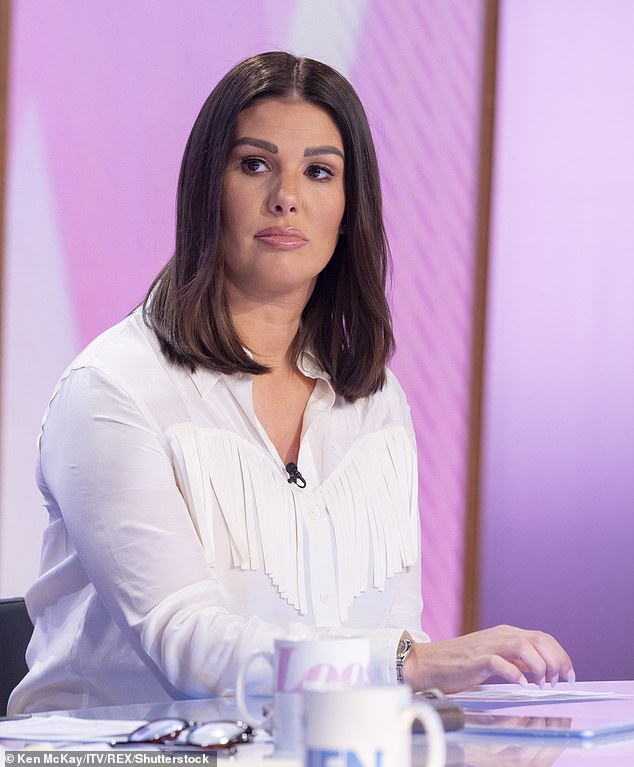 A source told the publication: ‘Becky is fuming and has made her views crystal clear. She feels let down by some people.

‘In her message to Annie she said she was livid she hadn’t been given a heads up. She branded the Posh comparison a low blow.’

In the wake of Annie’s remarks, Rebekah shared a cryptic message on Instagram which read: ‘You must learn who is gold and who is simply gold-plated’, which Annie is said to have believed was aimed at her. 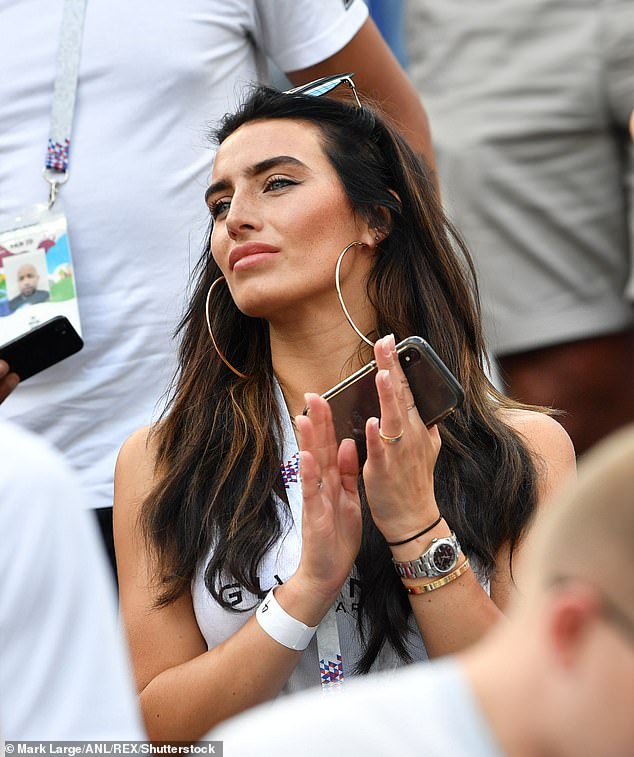 Unhappy: The 38-year-old allegedly sent Man City ace Kyle Walker’s fiancée (pictured in 2018) a scathing text after Annie said that she ‘didn’t blame’ Coleen for ‘exposing’ Rebekah after reportedly selling stories about her – something she denies

MailOnline has contacted representatives of Rebekah and Annie for comment.

However, amid her reported anger at model Annie, Rebekah found something to smile about on Saturday as she shared a loved-up snap with Leicester City beau Jamie.

The former I’m A Celebrity contestant didn’t let her legal drama with Coleen affect her as she snuggled up to her footballer hubby, while professing their ‘real love’ in a sweet Instagram snap.

The mother-of-five posted the touching photo, which saw her leaning towards her partner as they both smiled effortlessly, to her feed.

The brunette beauty looked care-free in the social media post as she revelled in the joys of family life amid the current pandemic. 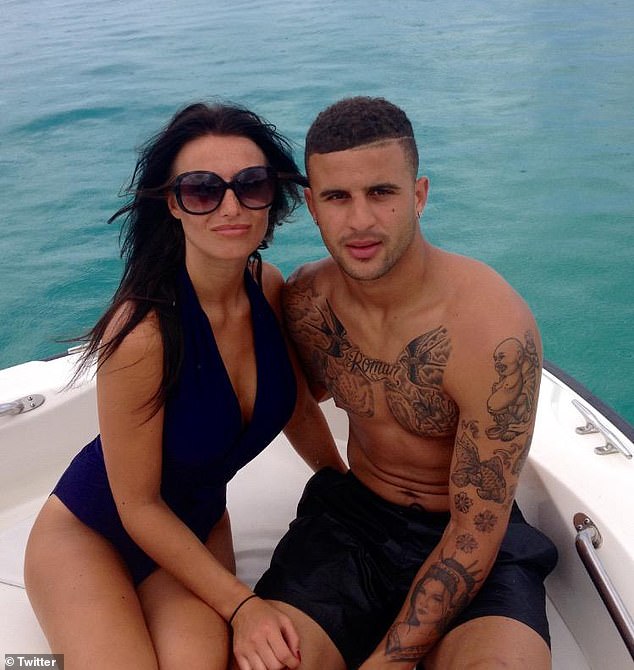 Accusations: The Sun reports that Rebekah was also fuming at Annie, 27, for suggesting that her and husband Jamie Vardy, 33, wanted to become the new ‘Posh and Becks’ (Annie pictured with Kyle Walker)

Her ray of sunshine is her family, but Rebekah faces a cloud on the horizon in the form of her court battle with fellow WAG, Coleen, 34.

The women have been at loggerheads ever since Coleen publicly accused Rebekah of using her Instagram account to leak private stories to the media last year, something she denies.

In the latest turn of events, Rooney’s wife called Rebekah ‘disappointing’ for her decision to push forward with court proceedings.

Becky, who strenuously denies the accusations, has filed papers to take her nemesis to the High Court for defamation. 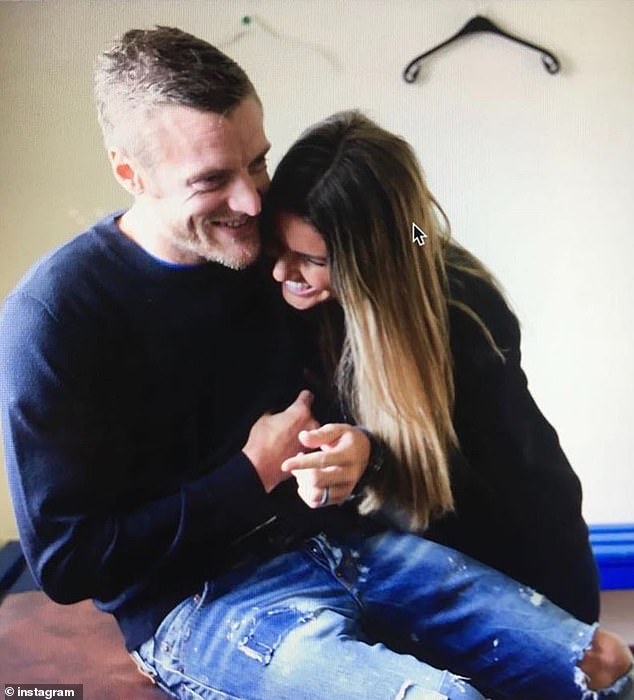 United front: Rebekah didn’t let her legal drama with Coleen affect her as she snuggled up to husband Jamie for a sweet Instagram snap on Saturday 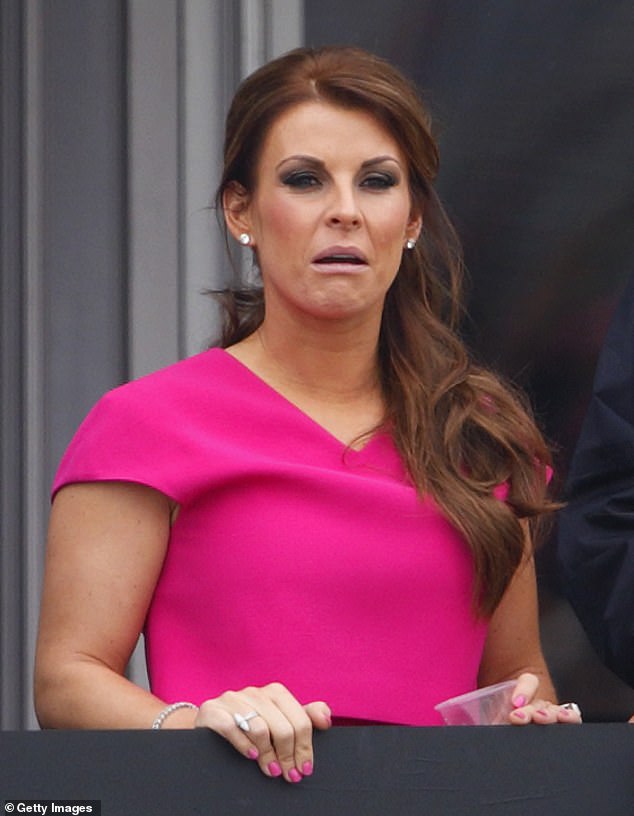 Battleground: The former  I’m A Celeb contestant is currently embroiled in an ongoing battle with fellow WAG, Coleen (pictured in 2014), who accused her of leaking stories to the press – something she denies

According to the court listing issued last month, the I’m A Celeb star is being represented by Kingsley Napley in London, and will have to fork out £500,000 to sue her former pal.

Earlier this year, the pair communicated via video meeting in a last-ditch attempt to spare the expensive court fees and solve their differences, but their efforts were futile as they failed to mend any bridges.

Coleen’s lawyer, Paul Lunt of Brabners, said in a statement: ‘It is disappointing that Mrs Vardy has chosen to issue court proceedings. 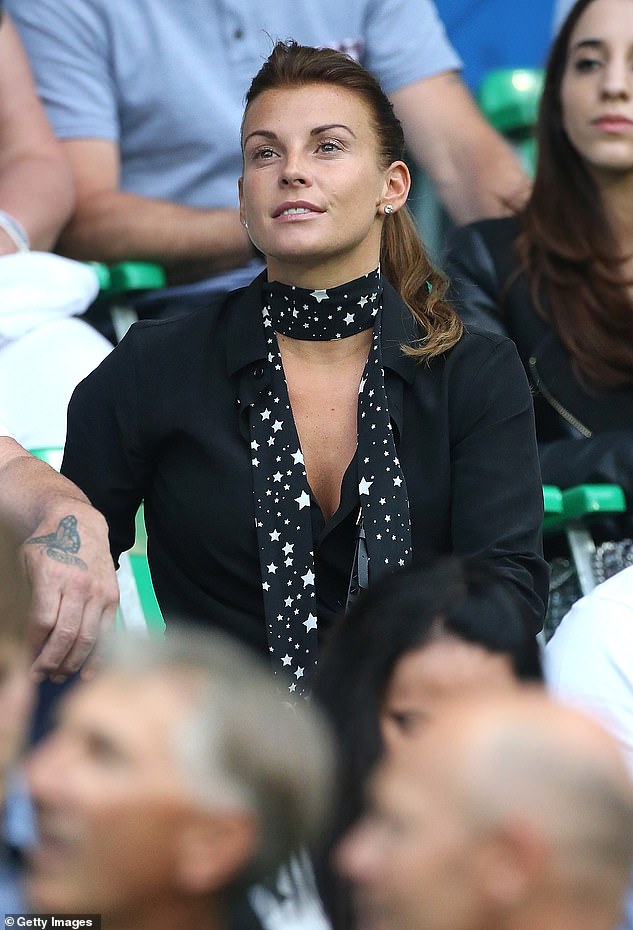 Expensive argument: The WAGs tried to resolve their issues by video call earlier this year but they failed to make up and are now expected to pay approximately £500,000 each in court fees (Coleen pictured in 2016)

‘Coleen feels that the time and money involved could be put to better use; her offer to meet face to face still stands.

‘Mrs Vardy’s decision to issue court proceedings does at least mean that Coleen’s evidence can be made public when the time is right.’

The WAGS at war were once good friends until Coleen released some shocking accusations on social media last year.

She claimed that she posted fake stories about basement flooding, returning to TV and baby gender selection to her Instagram story which only Becky could see. 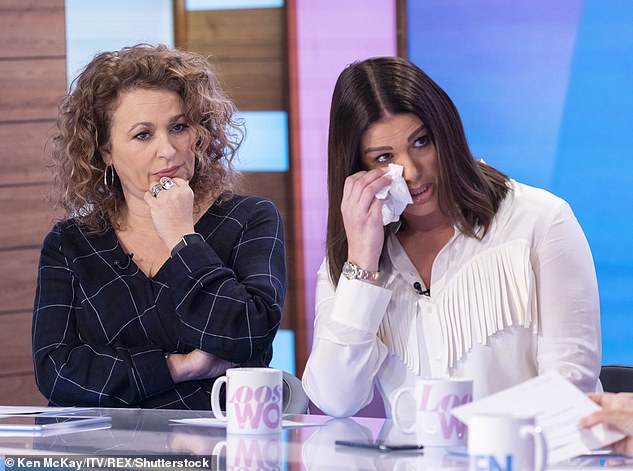 Tearful: Rebekah denies the claims made against her and revealed that she had to visit hospital after struggling with online trolls and the negativity surrounding her WAG drama (pictured in February)

The stories were then leaked to the press, leading Coleen to believe that her former friend was the culprit delivering the information.

Rebekah, who denies all allegations and was pregnant at the time, cut her family holiday to Dubai short after the dramatic accusation, which captured Britain in the so-called ‘war of the WAGs’ and earned Coleen the nickname of ‘Wagatha Christie’.

Vardy’s wife has made it clear she is determined to clear her name and won’t back down until her rival delivers an apology. 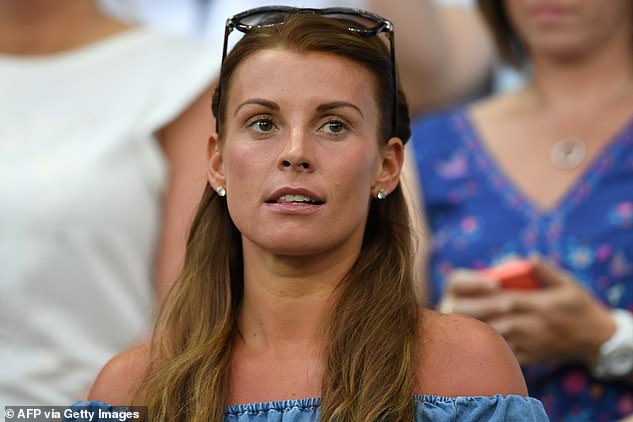 Enough: The reality TV star has refused to back down and will proceed with legal action at the High Court unless Coleen (pictured in 2016) offers her a public apology

A source told The Sun: ‘Becky has made it clear to Coleen that she is deadly serious about clearing her name, and wants a full public apology.

‘It’s not about money. As far as Becky is concerned, she wants her costs and vindication. But since Coleen still refuses to agree to an apology, she’s gone ahead with filing the paperwork at the High Court.

‘It’s a very expensive thing to do and the expectation is costs could run towards half a million pounds for each side but she’s completely determined to clear her name at any cost.’ 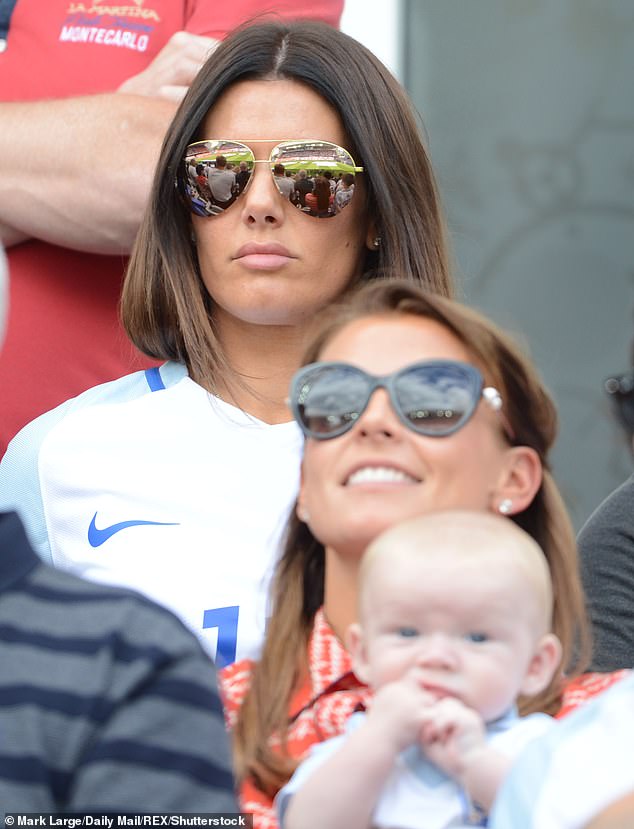 Vindication: According to a source, Rebekah is ‘determined to clear her name at any cost’ and intends on disproving any accusations made against her by former pal