Sydney Sweeney has turned more than a few heads with her role as Cassie Howard in the HBO teen drama series Euphoria.

And on Thursday the actress put on quite the passionate display when she and beau Jonathan Davino packed on the PDA while soaking up the sun in Maui, Hawaii.

The actress has been hunkered down on the second-largest of the Hawaiian islands to shoot the upcoming HBO limited Series The White Lotus. 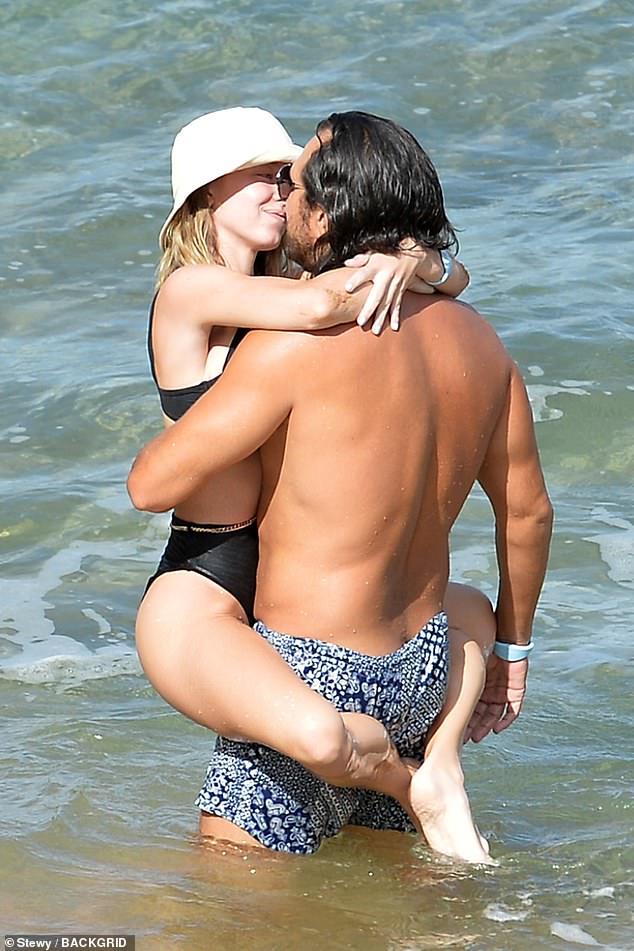 Touchy feely: Sydney Sweeney, 23, packed on the PDA while frolicking on the beach with beau Jonathan Davino in Maui, Hawaii on Thursday

Sweeney, 23, showed off her womanly curves in a black bikini that included high-waisted bottom and a top that could barely hold her ample assets in.

She and Davino couldn’t keep their hands off each other both on land and sea. They were spotted holding hands and being touchy when they decided to venture out into the gorgeous ocean water.

At one point, the actress wrapped her legs around his waist as they shared a number of passionate smooches. 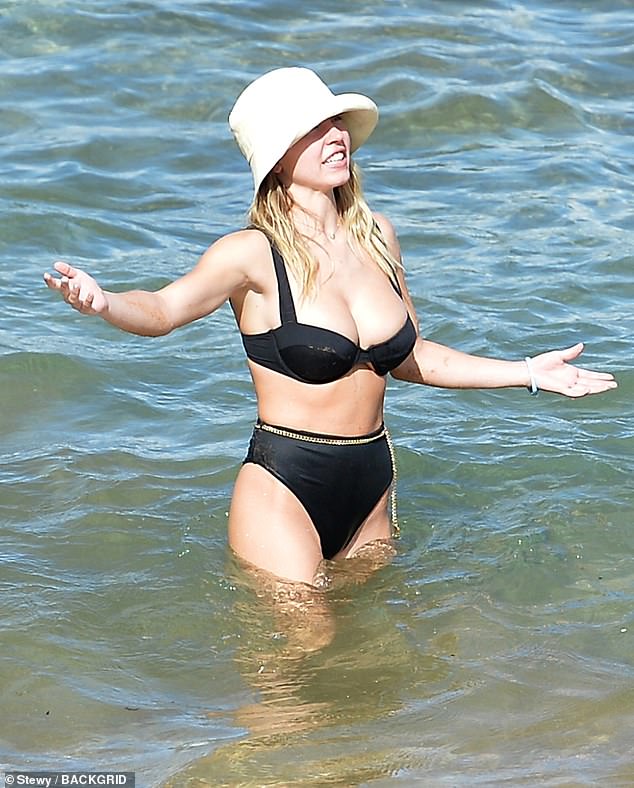 Bursting out: The Euphoria star flaunted her curves in a black bikini

New gig: The actress is in Hawaii shooting the HBO limited series The White Lotus 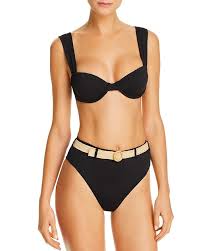 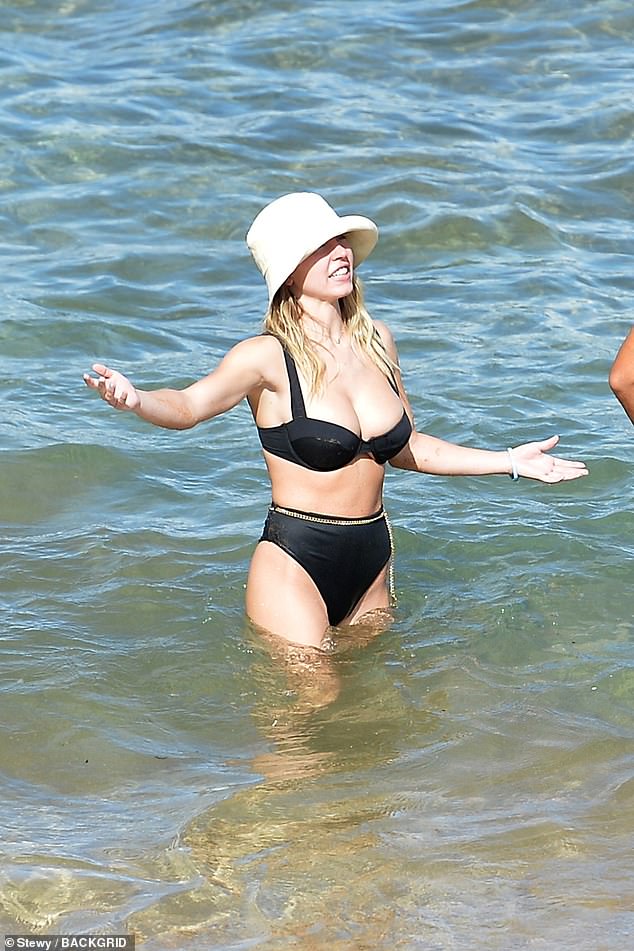 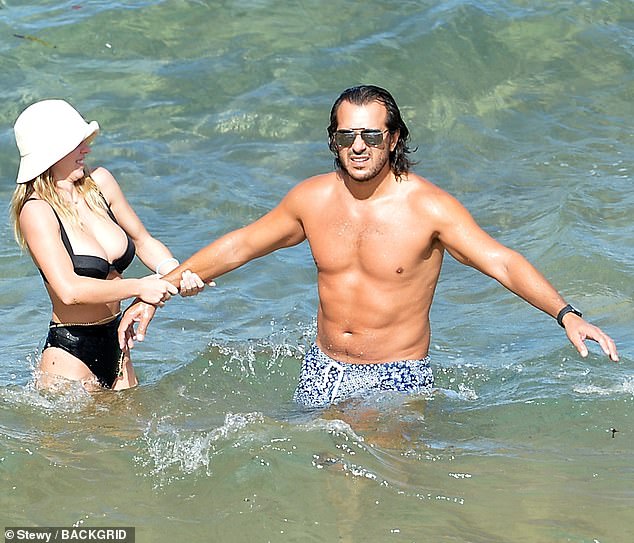 Flirty: The couple couldn’t keep their hands of each other when they ventured into the gorgeous ocean water 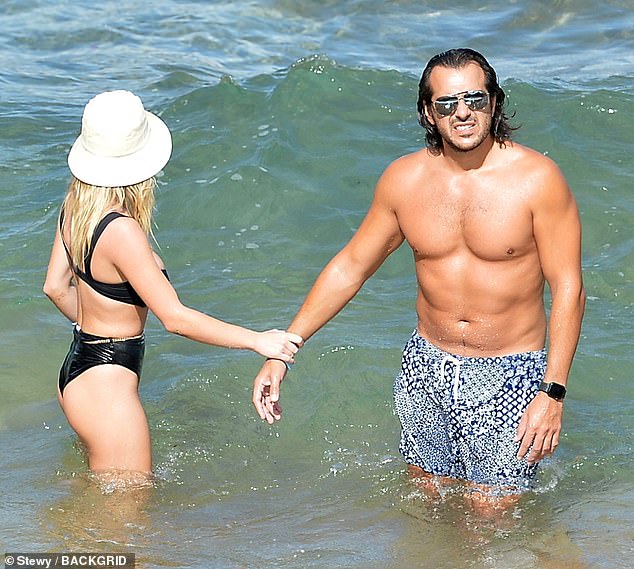 Working vacation; The Washington State native also donned a white hat during a break from shooting the HBO limited series The White Lotus 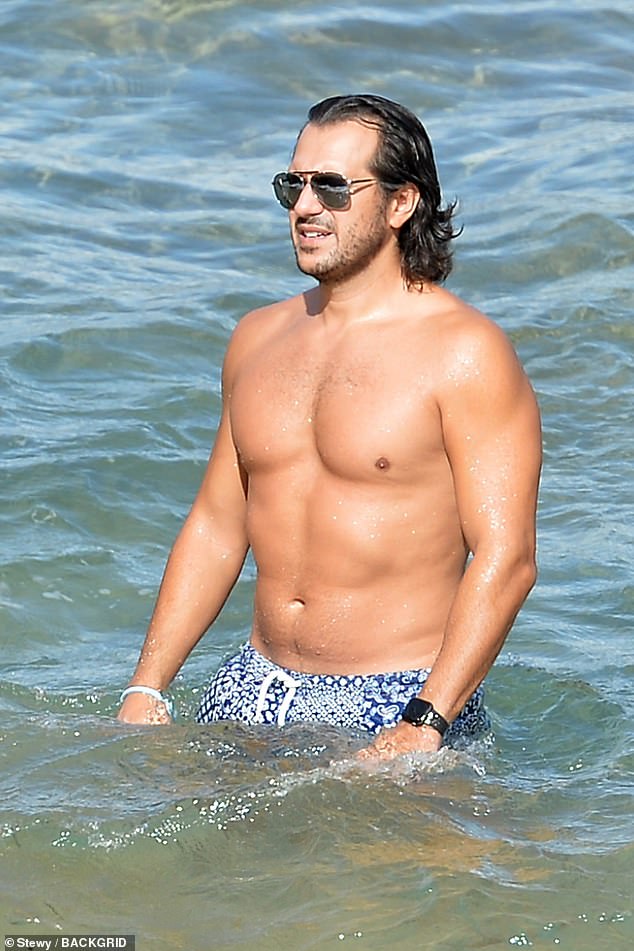 Old item? Sweeney was rumored to have dated Davino years ago

After frolicking together in the ocean the pair also spent some time relaxing on the sand where they shared some soft moments gazing onto each other’s eyes.

One fan reacted on Twitter by writing, ‘Sydney Sweeney has a man… thanksgiving cancelled.’

The Washington State native responded to that tweet with: ‘baby girl go have a feast. your girl at prom,’ along with a photo of herself at prom with a young lady. 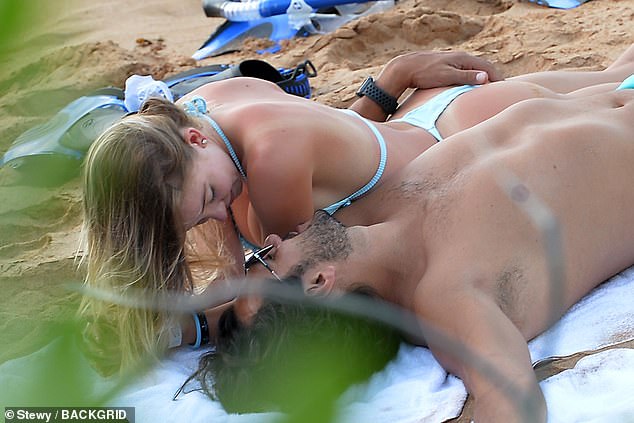 Lost in the each other’s eyes: The pair was also seen getting cozy the previous day 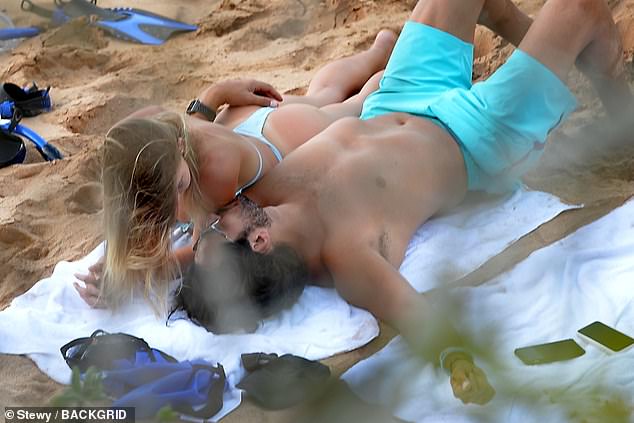 Curves for days: Sweeney showed off her fab figure in a skimpy baby blue bikini 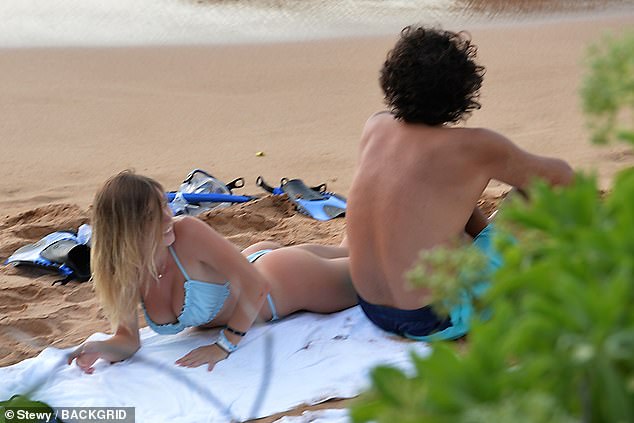 Sun worship: The actress could be seen with a the beginnings of a sunburn on her bottom

The comment has left some of fans and followers wondering if this was her way of saying that she is interested in dating both men and women.

Sweeney is set to star in season two of Euphoria, which has been delayed due to the COVID-19 pandemic. 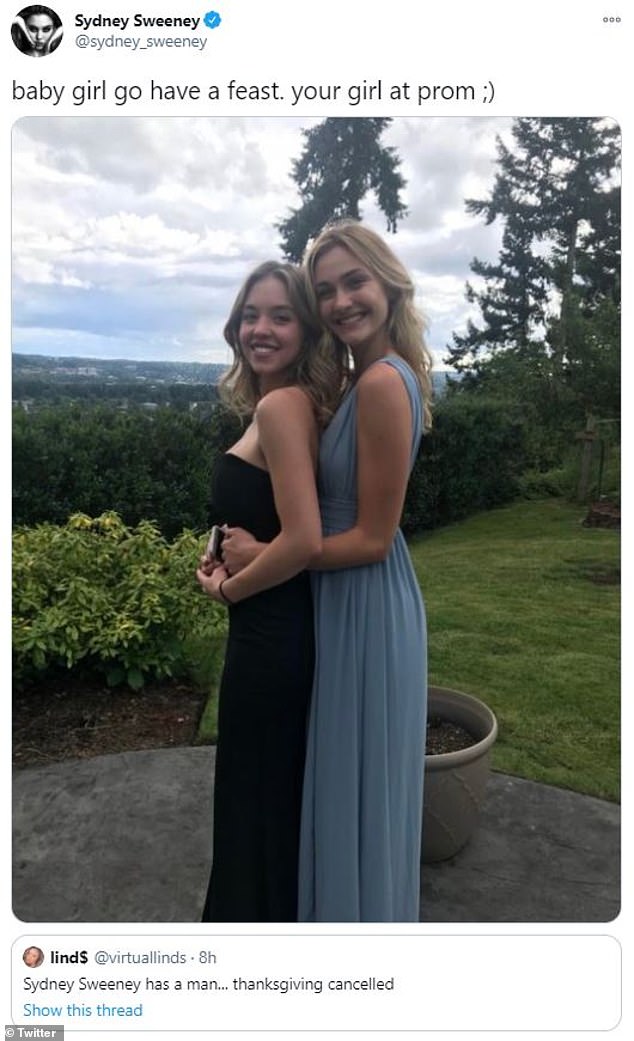 Keep them guessing: Sweeney hinted that she may also date women when she tweeted a picture of herself while out  a prom date with a young lady

Kylie Jenner commands attention in a racy dress in Mexico