The 23-year-old rap artist, according to TMZ, has asked the judge in his case to let him finish out his two-year sentence under conditions of home arrest or at a community correctional facility.

The Fefe artist, whose real name is Daniel Hernandez, said he’s in danger after giving testimony against his former peers in the Nine Trey Gangster Bloods street gang, his attorney Lance Lazzaro said in legal docs. 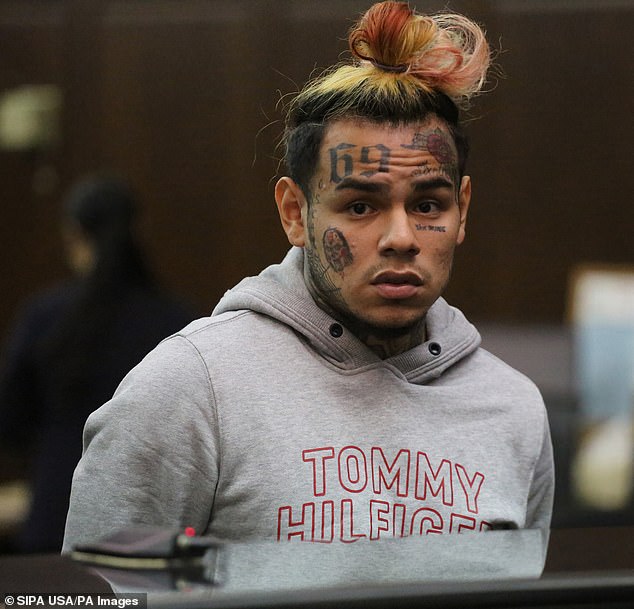 The latest: Tekashi 6ix9ine, 23, has asked the judge in his case to let him finish out his two-year sentence under conditions of home arrest or at a community correctional facility. He was snapped in court in NYC in 2018

The Bushwick, New York native said the gang has a presence at the private jail he’s serving his sentence at.

The communication with the court comes less than a month after his two-year sentence was set in a New York court, of which he’s served about 14 months. The rapper is slated to be released later this year.

Tekashi 6ix9ine faced a minimum of 37 years in prison in connection with his case, but his cooperation led to the lessened sentence following his guilty plea in the gang case.

U.S. District Judge Paul A. Engelmayer chastised the rapper for deploying a gang as his ‘personal hit squad’ while praising him for cooperating with prosecutors and supplying ample information. 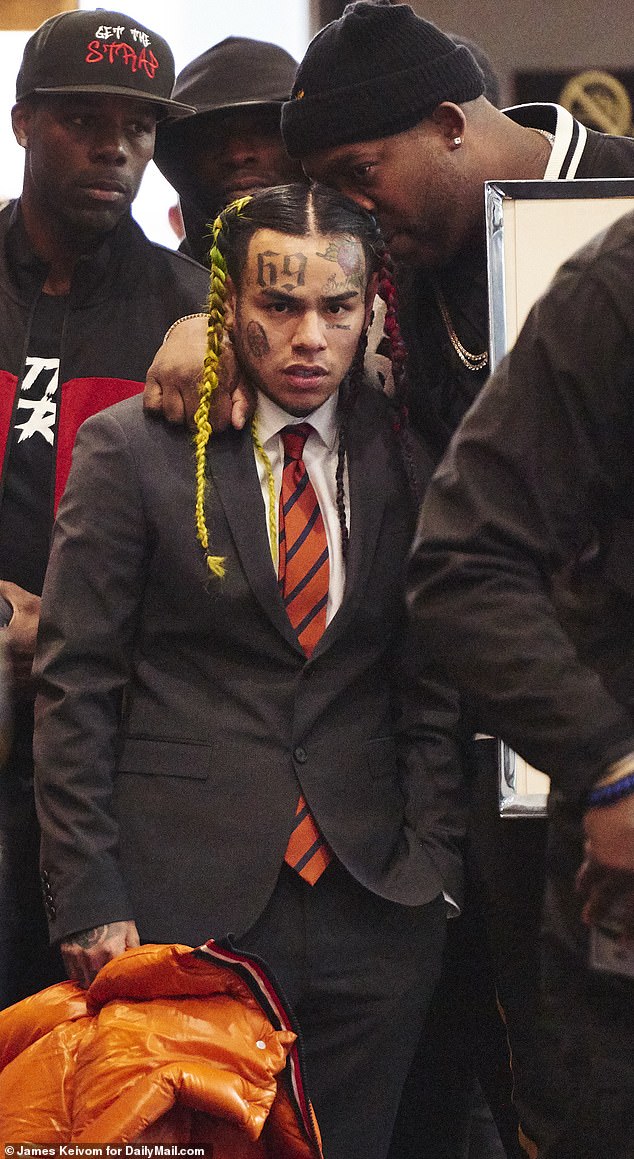 Looking to the future: The rapper is slated to be released from prison later this year 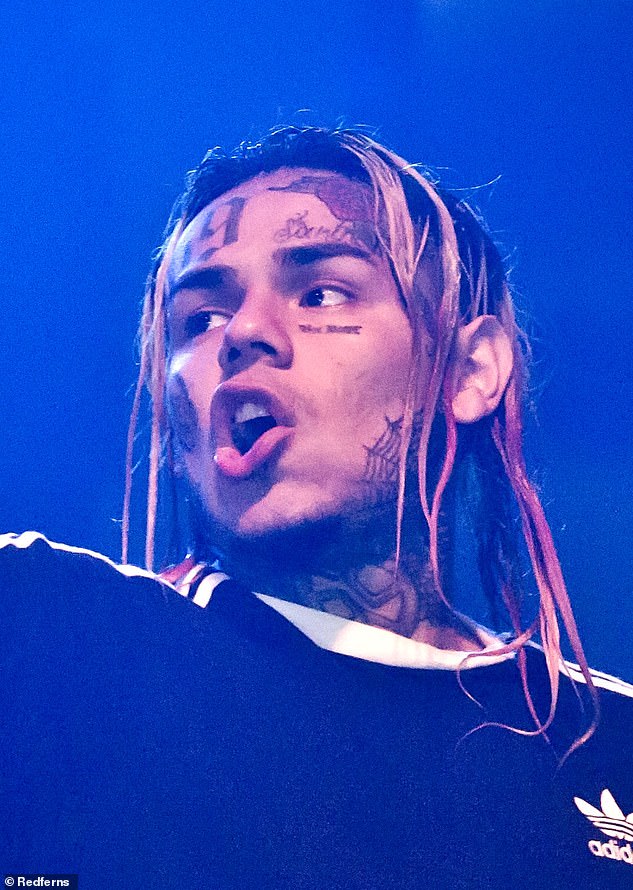 Way back when: The rapper was seen performing in Germany in 2018

‘Your cooperation was impressive,’ he said, according to the AP. ‘It was game-changing. It was complete and it was brave.’

In a letter he read in court, the rapper said, ‘I made a lot of bad choices in life, but that does not make me a bad person.’

In testimony he delivered last fall, Tekashi 6ix9ine said that he owed his career to his gang affiliation.

‘I got the street credibility. The videos, the music, the protection – all of the above,’ he told the jury in the case. He said that his contribution was to ‘just keep making hits and be the financial support for the gang … so they could buy guns and stuff like that.’

Tekashi 6ix9ine’s help was ‘not only substantial, it was extraordinary,’ Assistant U.S. Attorney Michael Longyear told the AP. ‘He was truthful. He was forthcoming. He was an open book.’

‘Forever, in the government’s view, he will have to look over his shoulder,’ Longyear said.

Be Still Our Hearts! Barack Obama Posts Sweet Birthday Note For Michelle: "You Are My Star"

Jacqueline Jossa stuns in In The Style photoshoot

Amy Hart, 27, reveals she is freezing her eggs this year