Whose side are you on? Vernon Kay brands I’m A Celeb’s Charlene White ‘out of order’ for refusing to sleep in the RV as her family defend her

Vernon Kay has branded I’m A Celeb’s Charlene White ‘out of order’ for refusing to sleep in the RV.

The former Family Fortunes host, who appeared on the 2020 series of the ITV show, expressed his opinion on the controversial topic while appearing on Radio X.

It comes after Charlene’s family broke their silence over her refusal to sleep in a comfy bed beside former health secretary Matt Hancock. 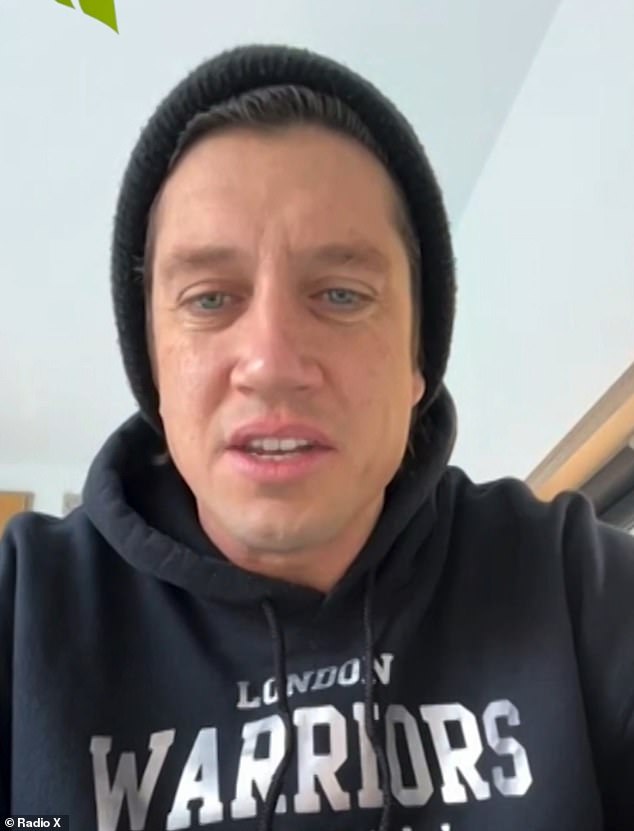 Frustrated: Vernon Kay has branded I’m A Celeb’s Charlene White ‘out of order’ for refusing to sleep in the RV

Vernon, 48, told radio host Pippa Taylor: ‘I think the scenario which is annoying all of us is this Charlene situation and the fact that she’s refusing to go into the RV where there’s a comfortable bed, therefore freeing up a normal bed so that someone doesn’t have to sleep in a hammock.

‘My experience with the hammock is they’re awful. I was given a hammock and I ended up taking it off the stands, putting it on the floor and sleeping on everyone’s coats, and that was comfier than the hammock.

‘But I think Charlene has played a booboo there by refusing to go into the RV. It’s really distressing watching it because it’s like ‘it’s really simple Charlene, just make your campmates happy by going in a comfortable bed.’ It’s not like they’re sleeping on a bed of nails!

‘But I think that situation is really out of order, and I think that’s one of the first questions that Ant and Dec will ask her when she leaves, like ‘why did you not sleep in the RV?’ Is it because you wanted to sleep with the campmates? Or is it because you didn’t want to sleep next to Matt Hancock?’ 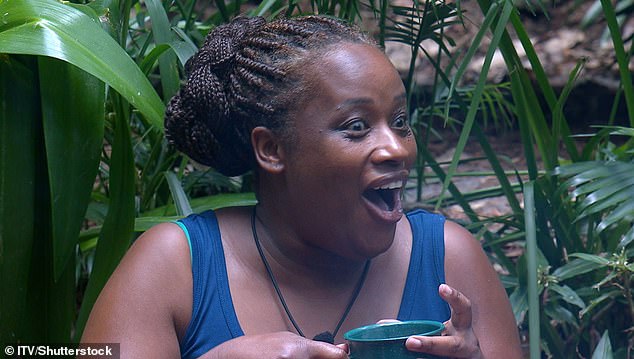 Support: It comes after Charlene’s family broke their silence over her refusal to sleep in a comfy bed beside former health secretary Matt Hancock 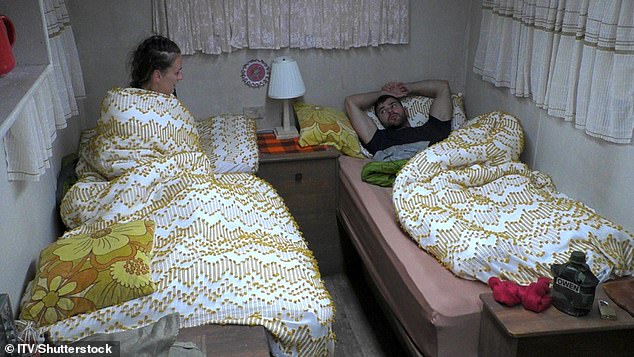 Comfort: The camp leaders, Charlene and Matt, were given the luxury of sleeping in the comfy beds in the RV, but Charlene refused. Pictured: Owen and Jill previously in the RV

Pippa then added: ‘I think it’s more because… I thought it was because she saw a big old spider in there and she’s really arachnophobic.’

Vernon continued: ‘Let’s be honest. They’re not gonna put the contestants lives at danger. They won’t do that. You know that, I’m sure that in the worst case scenario they’ve got antidote ready to go, to be injected into anyone if anything is poisonous.

‘I just think that it’s really distressing the camp, you know, and you don’t want to upset George. Obviously Charlene getting involved last night with the food and telling [Scarlette Douglas] how to cut a cabbage. That was upsetting because now we’re at the point where everyone is hungry. Really hungry. And angriness gets a grip.

‘We didn’t have any blow ups [in our camp] because we all really got on. And if there was a situation like, you know, for example, Charlene refusing to go on to a comfier bed, I think we’d have had a really pragmatic conversation about it and said ‘look, listen, Matt, it’s up to you as team camp leader to decide whether someone should or shouldn’t go in the RV.’ Surely that’s the solution. I don’t know. You try and avoid conflict because you just wanna have a good time.’ 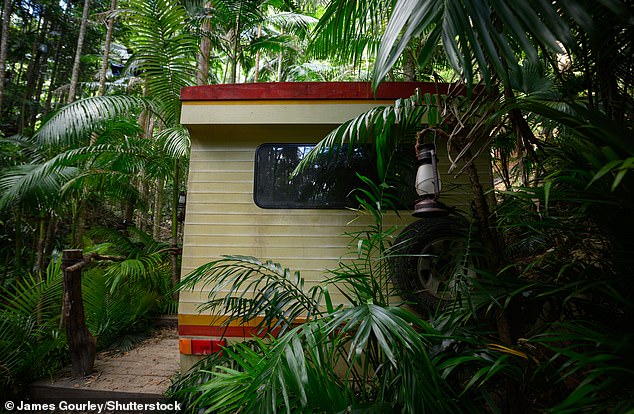 Luxury: The RV is the only indoor space in the main camp in the Australian jungle, with other campmates having to sleep exposed to the elements 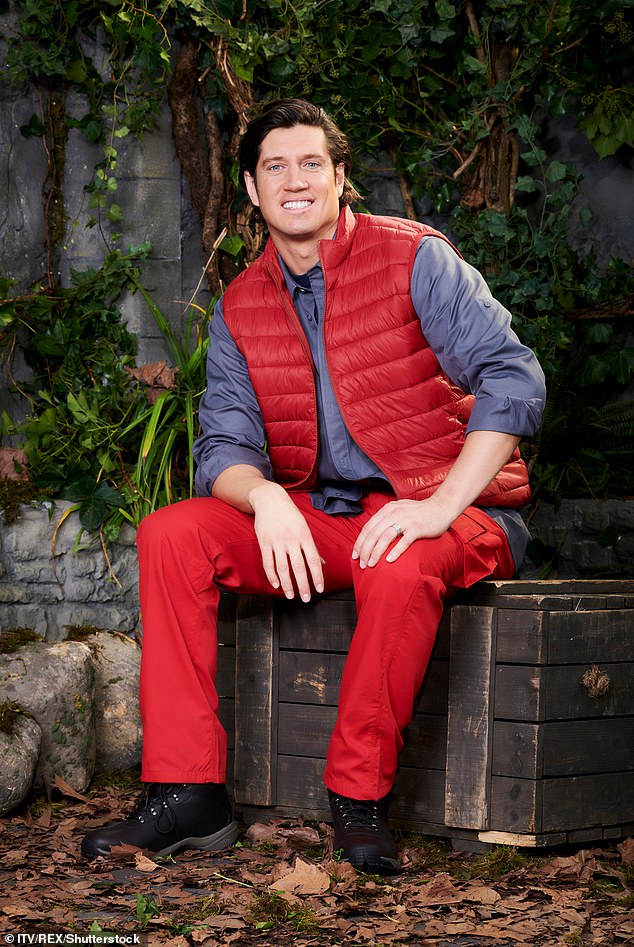 The former Family Fortunes host, who appeared on the 2020 series of the ITV show, said: ‘My experience with the hammock is they’re awful. I was given a hammock and I ended up putting it on the floor’

They wrote: ‘Hammock looks way more comfy tbf. Char should be slumming it, not laying in comfort.’

They then cheekily added: ‘Sorry Char but either you sleep in the RV or Hammock or we vote for you to do a trial.’ 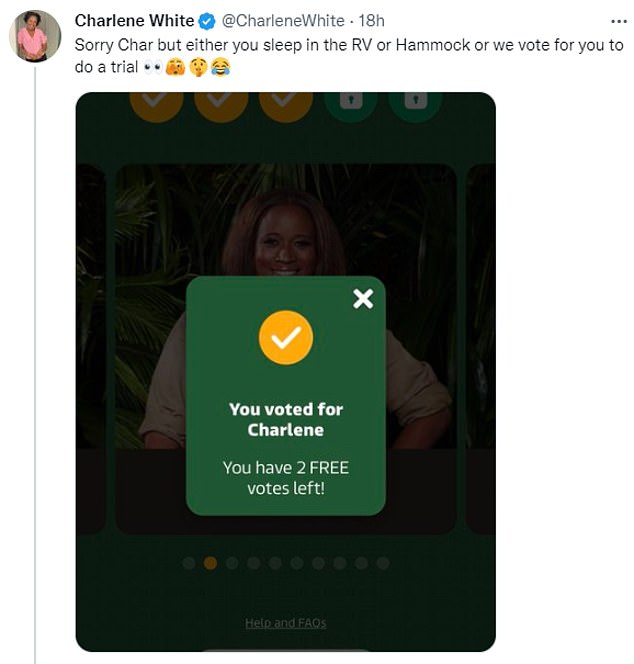 It comes after Mike Tindall fumed at Charlene for refusing to sleep in the RV while being deputy in camp.

The rugby star, 44, lost his cool on the latest episode after the Loose Women presenter, 42, said she wouldn’t stay in the vehicle with Matt Hancock due to the spiders.

It means there is one less bed available in camp meaning more people have to sleep in hammocks – a decision which viewers have branded selfish and led hosts Ant and Dec to potentially report her to producers.

Mike said on Wednesday night’s show after she refused to go in for a third night running: ‘Why is she not sleeping in the RV? It’s f***ing annoying me.’

Mike later explained to the Bush Telegraph: ‘If Charlene went in the RV, then another bed becomes available.

‘One less in the hammock, then hopefully that creates more, better night’s sleep for everyone.’ 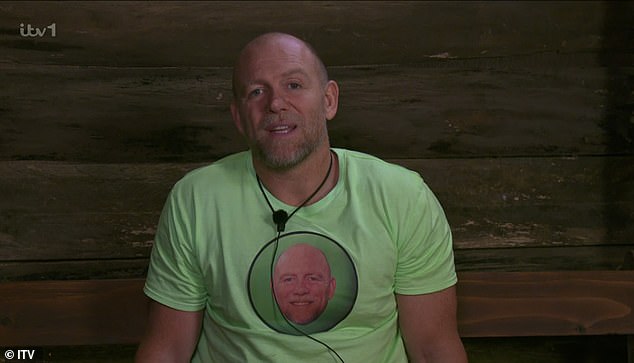 Frustrating: Mike Tindall fumed at Charlene White after she refused to sleep in the RV during I’m A Celebrity…Get Me Out of Here! on Wednesday

It comes as Ant and Dec have said they are planning on reporting Charlene to producers for potentially ‘rule breaking’ over not sleeping in the RV.

Charlene and Matt where selected as deputy and camp leader meaning they get to have comfy beds in the RV. 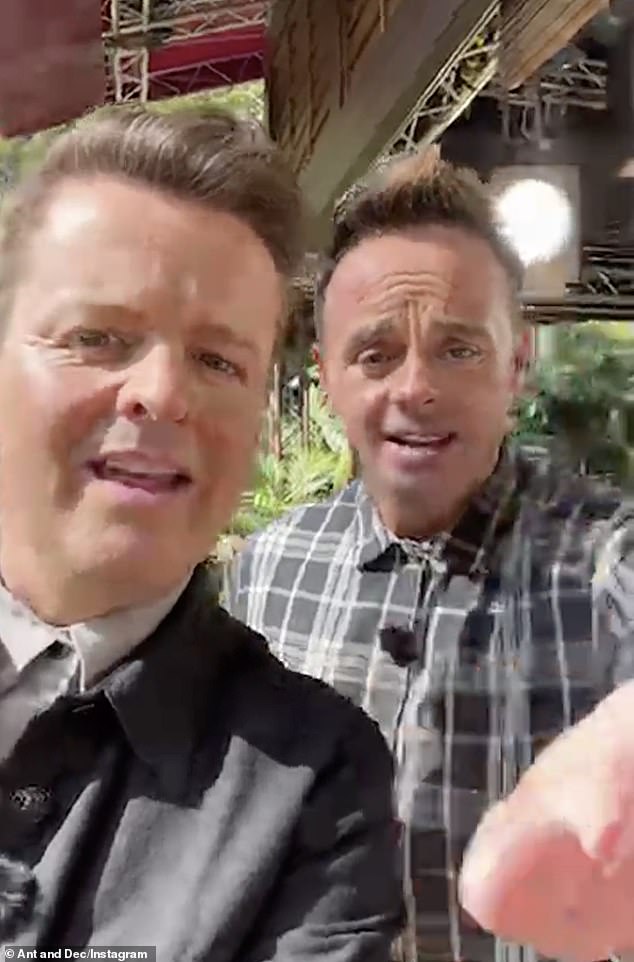 Oh no:  It comes as Ant and Dec have said they are planning on reporting Charlene to producers for potentially ‘rule breaking’ over not sleeping in the RV

Speaking in an Instagram Live after the show Dec said on the matter: ‘Can we talk about the hammock RV situation? Do you get it? I don’t.’

Ant then replied: ‘Why would she not want to sleep in there, it can’t just be because of the spider. Is it because you don’t want to sleep next to Matt?

‘Is that it? You’ve got to think of the other people that have to then sleep in a hammock because of your actions and then have a bad back. Then you’ve got to look at your actions, don’t you?’ 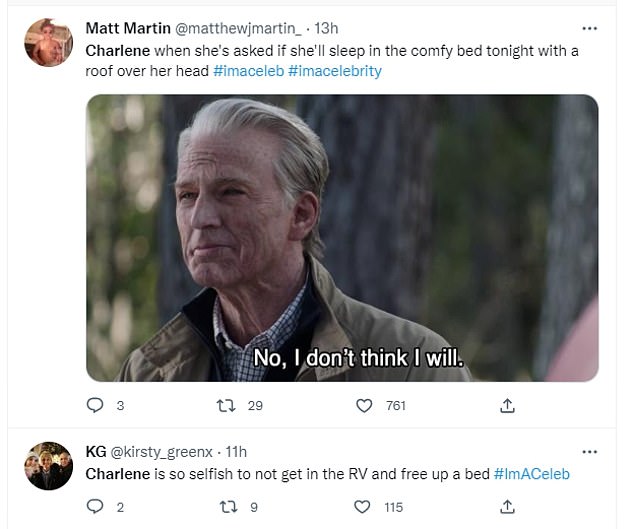 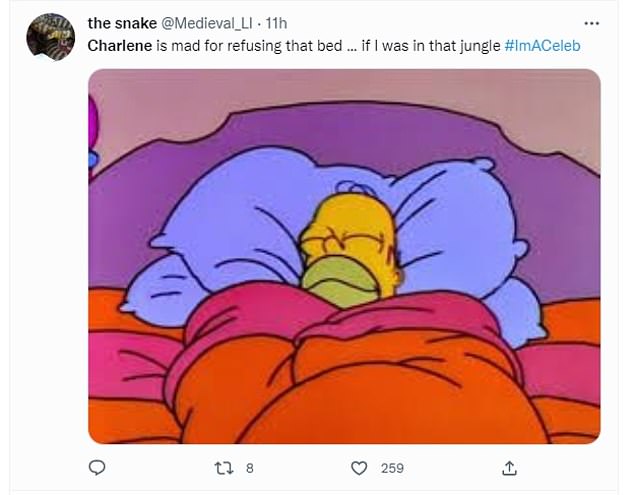 Reaction: Viewers also had their say on the situation, with one writing: ‘Charlene is so selfish to not get in the RV and free up a bed’

Dec then said: ‘I am not sure it is playing as a team member taking up a bed.’ When one fan on social media then suggested it was against the rules of the trial, and Ant agreed.

He said: ‘It is against the rules they said…well yeah maybe. I think maybe she is and I am going to speak to the producers about it.’

Viewers also had their say on the situation, with one writing: ‘Charlene is so selfish to not get in the RV and free up a bed.’

Another said: ‘Nothing has ever annoyed me more than Charlene not going in the RV.’ A third wrote: ‘CHARLENE JUST GO IN THE RV WHY IS OWEN SLEEPING ON THE FLOOR???’

The row came after Charlene recently said she wouldn’t be sleeping in the RV alongside former health secretary Matt, after the pair were awarded the privilege as a luxury for camp leaders.

Charlene and Matt have clashed throughout the show, with the journalist quizzing him on his politics while she was seen looking unimpressed after the Tory MP’s initial controversial arrival in the jungle. 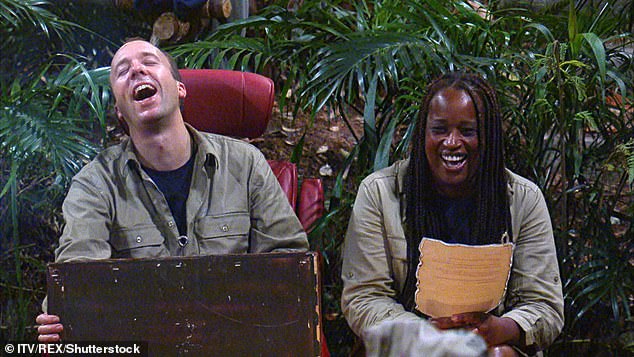 Oh dear: And the beds became a point of tension as Owen asked Charlene if she would return to the RV, where she and Matt were given the luxury of sleeping in their roles as camp leaders