Victoria and David Beckham are enjoying a weekend of double celebrations as her parents celebrate their wedding anniversary while his dad celebrates his birthday.

The Spice Girl, 46, took to Instagram on Saturday to share a series of throwback snaps of her mum and dad, Jackie and Tony Adams, on their wedding day as they celebrated 50 years of marriage.

While the footballing legend, 45, uploaded a sweet snap of himself and dad Ted on his 72nd birthday. 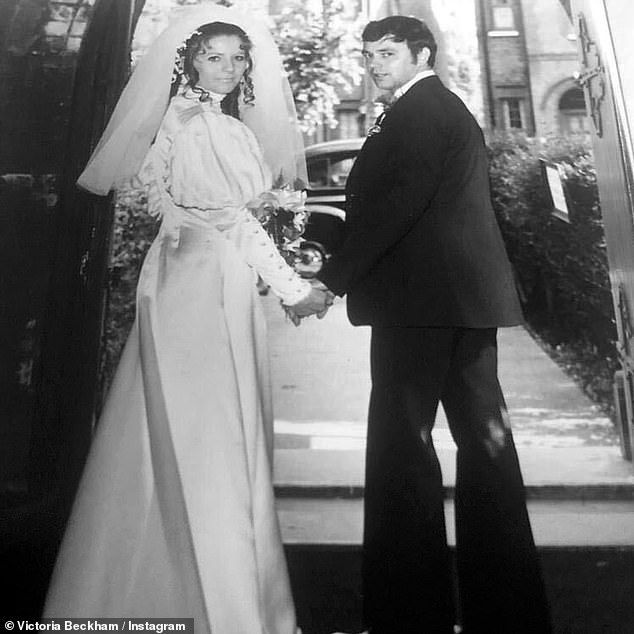 Congratulations: Victoria Beckham shared throwback pictures of her parents on Instagram to mark their 50th wedding anniversary on Saturday

Victoria’s black and white pictures see the loved-up couple holding hands as they exited the church, while others see them smiling at the camera and enjoying a celebratory glass of champagne.

The star captioned her post with a gushing message to her folks as they hit their ‘golden’ anniversary milestone. 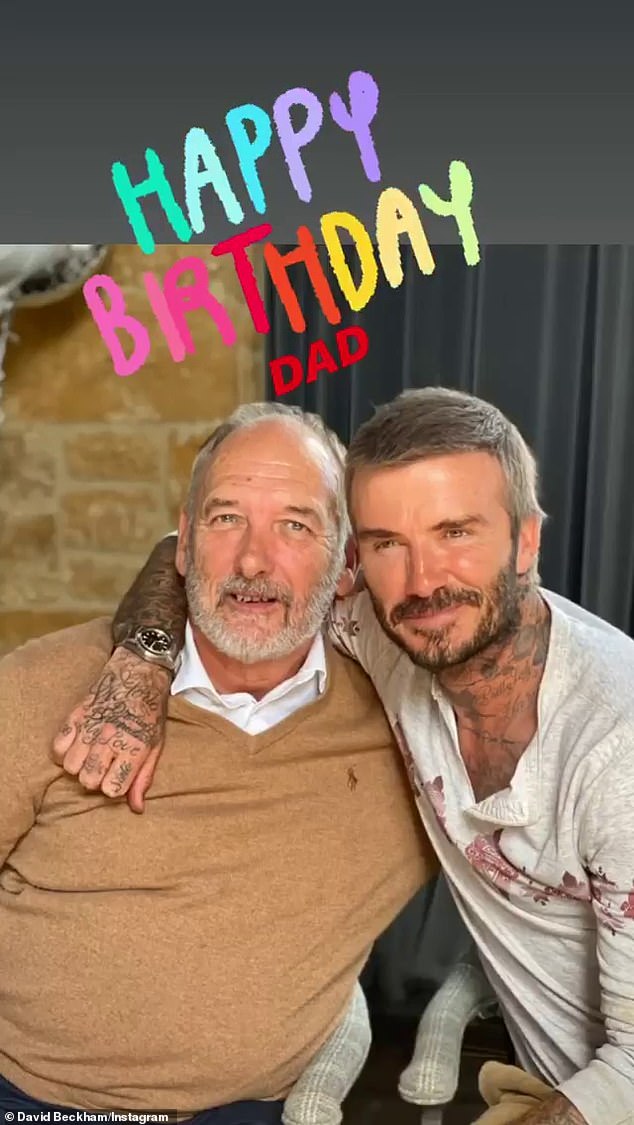 Birthday boy: While her football legend husband David Beckham 45, uploaded a sweet snap of himself and dad Ted on his 72nd birthday

Meanwhile, David shared a heartfelt snap of himself wrapping his arm around his dad, with the words ‘Happy Birthday Dad’ written over it.

Hours earlier the sportsman shared a black and white snap of his father cradling him as a baby as he praised him for ‘always supporting his dreams.’

David’s post featured a snap of him taken mere hours after he was born, with Ted looking every inch the proud dad as he held his newborn son. 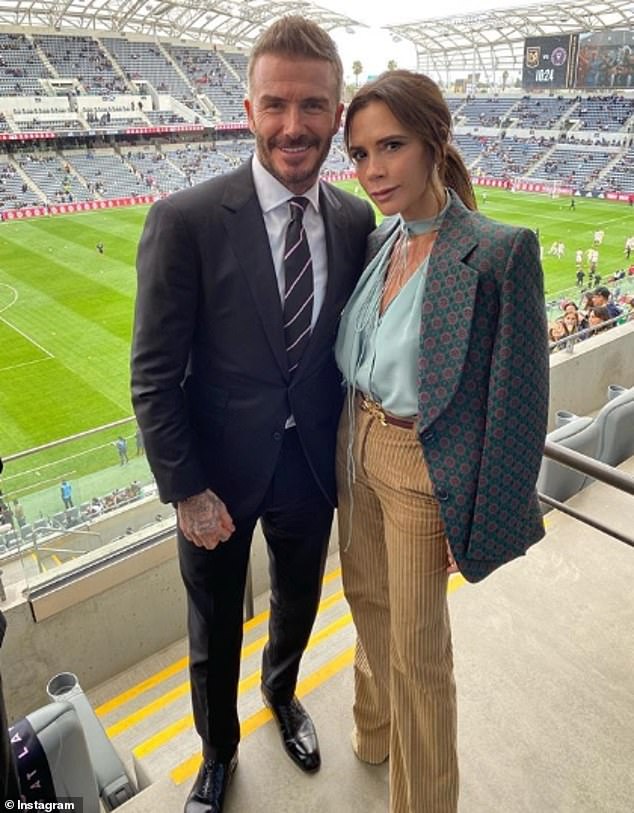 Happy occasions: Victoria and David Beckham are enjoying a weekend of double celebrations as her parents celebrate their wedding anniversary while his dad celebrates his birthday 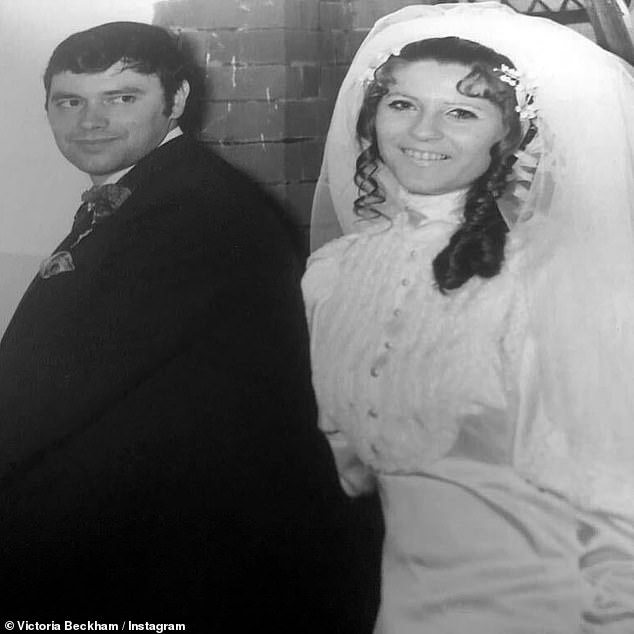 50 year milestone: Victoria’s black and white pictures see the loved-up couple smiling at the camera on their big day 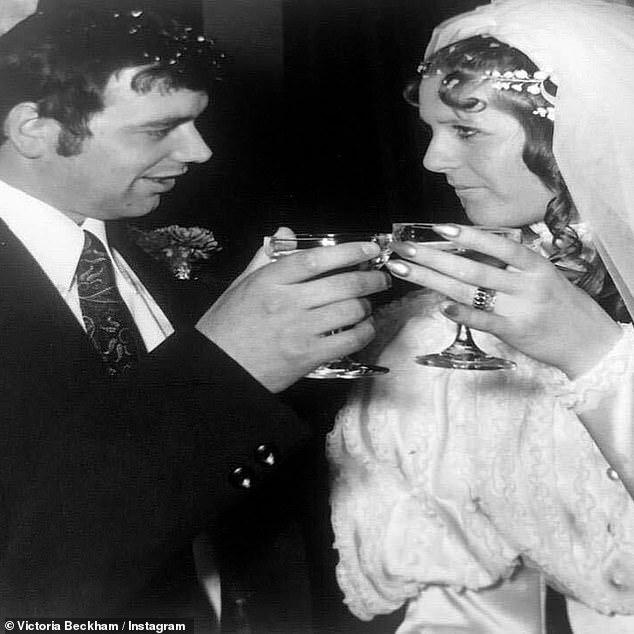 Golden: While another sees them toast their wedding with a glass of bubbly

He penned the caption: ‘Happy Birthday Dad xx You always supported me living my dream and for that I’ll be forever thankful for the amazing support from Ridgeway Rovers to captain of England x have the most amazing day we love you ♥️.’

For several years David has always marked his dad’s birthday with a throwback snap from his youth, and this year proved to be no different.

In March it was revealed that Ted was engaged to solicitor Hilary Meredith, 18 years after he divorced David’s mother Sandra, whom he was married to for 33 years. 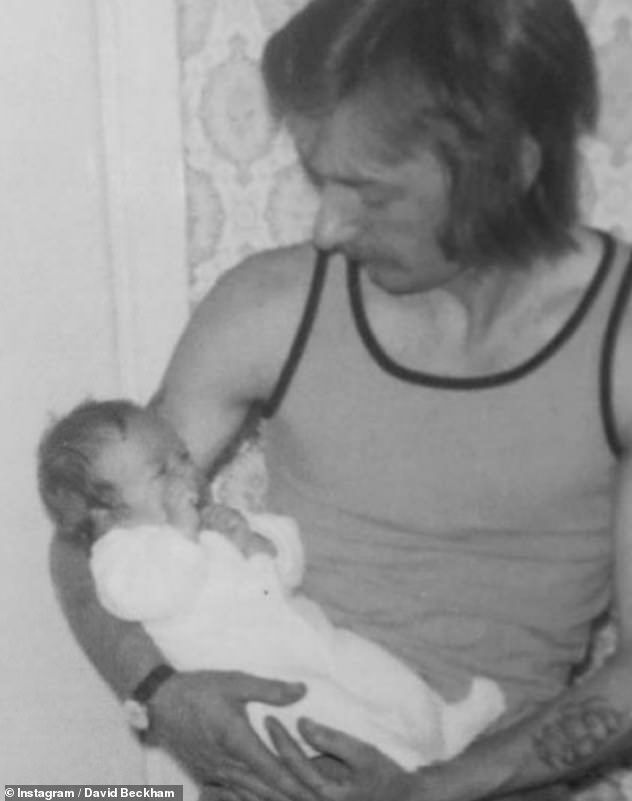 It comes as the family celebrated news of Victoria and David’s eldest son Brooklyn’s engagement, which was confirmed last week.

Victoria led her family as they congratulated Brooklyn following his engagement to model Nicola Peltz.