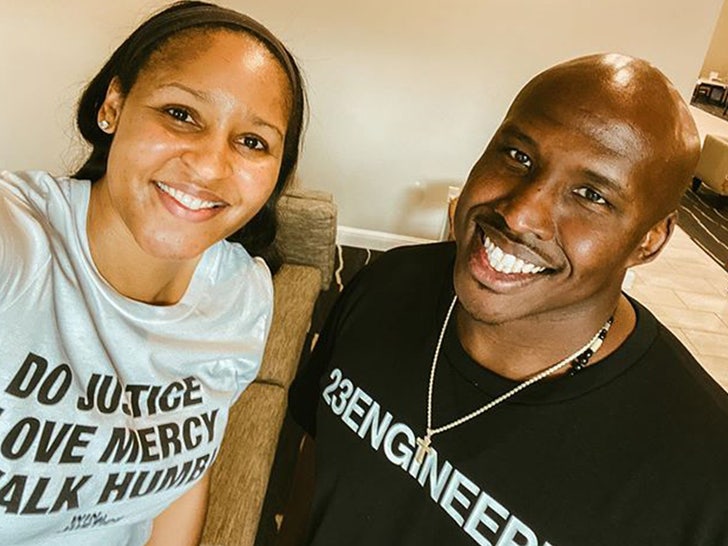 Moore — considered one of the greatest WNBA players EVER — had stepped away from the league in 2019 and 2020 to focus on social justice issues … starting with freeing Jonathan Irons.

40-year-old Irons was serving a 50-year prison sentence stemming from a 1998 burglary and assault conviction in Missouri, despite no real evidence proving his guilt. Irons was only 16 at the time of the conviction.

Moore says she met Irons when she was 18 through a prison ministry program and grew close over the years while fighting for his freedom.

When he was released from prison in July, Moore was there waiting for him … and they tied the knot shortly after. 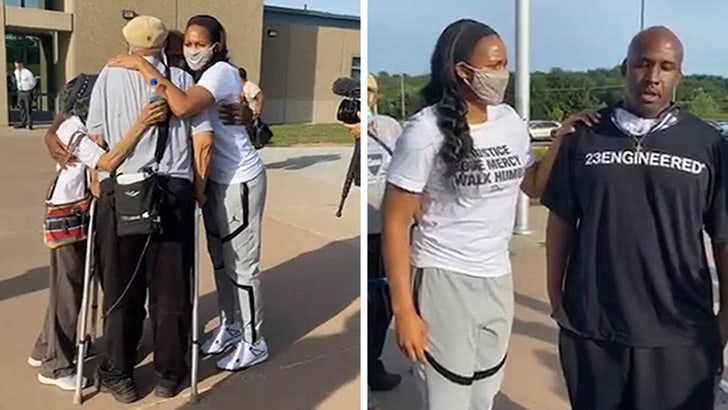 “We wanted to announce today that we are super excited to continue the work that we are doing together, but doing it as a married couple,” Moore announced on “Good Morning America.”

“We got married a couple months ago and we’re excited to just continue this new chapter of life together.”

Moore explained the growth of their relationship … saying, “Over the last 13 years we have just developed a friendship and just entered into this huge battle to get him home and just over time it was pretty clear what the Lord was doing in our hearts and now we’re sitting here today, starting a whole new chapter together.”

Irons told GMS it became clear he wanted to marry Moore while he was still locked up at the Jefferson City Correctional Center, but didn’t want to make a move until he was free.

“I wanted to marry her but at the same time protect her because being in a relationship with a man in prison, it’s extremely difficult and painful,” Irons said.

“I didn’t want her to feel trapped and I wanted her to feel open and have the ability any time if this is too much for you, go and find somebody. Live your life. Because this is hard.”

Irons says he eventually proposed in a hotel room after hanging out with some close friends.

“It was just me and her in the room and I got down on my knees and I looked up at her and she kind of knew what was going on and I said, ‘Will you marry me?’ She said, ‘Yes!'”

As for the wedding reception, Moore and Irons say they had special COVID protocols — including guests in masks and social distancing.