Home » Lifestyle » How to age-proof your life

How to age-proof your life

We are generation ageless. Of course, we are getting older – we're just not ageing. We're not adapting our lifestyles in the way that we expected to at this point. Sturdier bras? No. More matronly hair? No. Manageable parties, where everyone leaves in time for you to wash up, and no one is, on any account, so plastered that they have to sleep on the sofa? No. 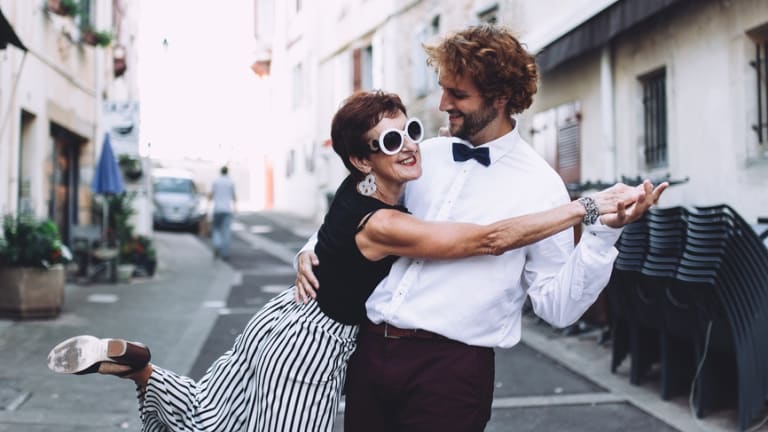 As we're discovering, nothing much alters once you're in your 50s or 60s apart from in one important respect: every so often, you need to age-proof your life. All you need do is check that you haven't accidentally strayed into predictable middle age (or "down with the kids" try-hard mode). If you want to stay ageless, you must be vigilant and know the pitfalls, from diet to interior design.

Or you could call it the Rachel Weisz rule, after February's The Mercy premiere and that Miu Miu dress. Rachel played the age-proofer's ace and to build on that, last week announced she was pregnant at the age of 48. Had she worn a plunging neckline or a tiny mini-dress, that would have been one thing.

Standard A-list red carpet procedure. But the very high split, in an otherwise demure dress, was far more effective: smart, cool and, crucially, unexpected. Following the WDET! rule shows that you think like a contemporary woman and not one desperate to demonstrate she's good for her age. It's confident – and that's sexy. 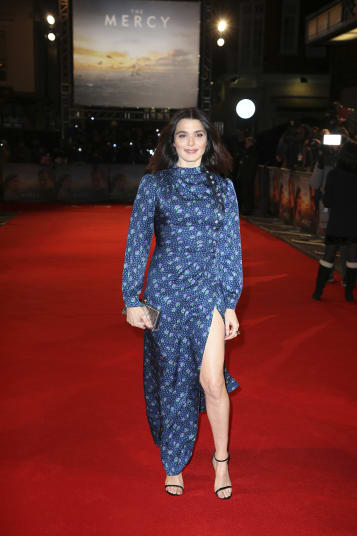 Actress Rachel Weisz poses for photographers at the premiere of the film The Mercy in London.

I can't stress enough that one of the keys to age-proofing your wardrobe is a flash of bare skin: could be ankles, could be arms, peephole shoulders or a sliver of cleavage. Nice skin on show, just a bit, keeps one foot in the youthful camp.

BE THE OPPOSITE OF PRACTICAL

You can wear anything at any age – give or take a crop top – but what separates the ageless dresser from the rest is not giving up on the over-thetop stuff that no sensible grown-up would go near: shoes with pom-poms on the toes; feather trims; beaded collars and gold ankle boots.

"How am I going to wash it?" is not a question that ever used to bother you, along with, "Won't that snag my tights?" or "How often will I actually wear it?" And they shouldn't now. Age-proofing your wardrobe means ratcheting up the punchier one-off purchases.

DON'T BE A FUSSER

Yes, we are talking about your food allergies, your special pillows, the rash you get when you spend too long in humid conditions, your tennis elbow and your dodgy back. All of these things may be a terrible nuisance for you. But age-proofing your life means making sure you stay easy-going, no matter what, so none of the above should affect anyone else.

Everyone must look after their health, that's important. This is not, however, the same as obsessing about diet and exercise and whether we are getting enough sleep, etc. Of course, plenty of young people are health-obsessed, but it's not ageing them. They seem narcissistic, we seem like hollow-cheeked killjoys.

Not so much leaving everything to the last minute (ooh no, that's quite different, we can't be doing that), as being up for a swerve in the plan. Let's stay another night and get up at 5am to drive back! Forget the boring stew, let's see if they've got a table at that place we can never get into! Let's get a piano, now, and learn! And should you feel yourself turning into a long-range pre-planner – trying to nail everything down as far in advance as possible – stop! Look! Think again! This is, lest you have forgotten, the first stage of getting Set in Your Ways, which is the very opposite of ageless. As it happens, the last holiday I went on, I packed three days in advance. I read somewhere it would be calming, and I could edit further at the last minute.

Disaster. I ended up spending hours faffing around, instead of rushing at it wham bam, zip up and go. No need to get ahead, people: it stops you from living in the moment.

DON'T TALK ABOUT THE MORTGAGE

Obviously, once in a while you will need to talk about the mortgage, but don't stray into Now We Are Sensible Adults territory, where suddenly it's okay to talk about insurance and forms all the time. Those conversations about schools, childcare, house prices, pensions, blah, blah, blah will add years. An evening of that sort of talk will make you feel 20 years older.

Stick to a routine and are always in bed by midnight no matter what (see spontaneity). You want to keep the anything-is-possible mood going indefinitely. You need that unplanned, unexpected, ill-advised-but-great-atthe-time letting go.

• Use the word "inappropriate" a lot.

• Don't know how to flirt charmingly. (Millennials can do what they like. We come from a time when quality flirting was a requirement of the fully rounded individual, and it keeps us perky.)

• Know what they like, and are incurious about the rest.

• Are nostalgia wallowers, only really happy when talking about the waydistant past … circa 1979.

• Are pessimists (unless very amusing).

• "Oof" when they sit down and "harrumph" when they get up, advertising their rusty old joints.

Say yes to the riding holiday in Argentina, even if you haven't ridden since you were 26. (Not necessarily that because the last 50-something I knew who attempted riding ended up in hospital, but that sort of thing.) Age-proofing means not going back to the easy place with the easy friends.

Post-50 your social life will ossify if you don't reach out to the less easy ones, and the new ones, and the younger ones. Just keep on mixing it up. (And while on that adventurous holiday, do not wear voluminous white linen.)

I rented a holiday house, walked into it with my friend, an interior designer, and after some consideration she said, "It's nice but there's nothing young about it." Turns out your house can age you. An ageless house is not too carefully styled, not too formal, or twee, or immaculate, and it must have contemporary details to keep you in the now.

If your house doesn't move with the times then you won't. Are you still making cheese fondue, drinking Mateus rosé and saving up for a cane chair? Of course you're not.

As in "keeping things for best". Having special this and special that, and shoes you can't risk wearing in case it rains, and crockery you can't use unless it's Christmas, and sofas you can't sit on if you are drinking red wine, and rugs that no one is allowed to stand on, certainly not while wearing shoes.

It may be like this round at Rihanna's, for all we know, but the fact is it looks like plain, old, uptight behaviour.

You know you are 50-something when, out of the blue, you get the urge to put out photos of yourself from 30 years ago. This is a mistake because people will compare the you in the picture with you now, and at some point someone will say, "Wow. Is that really you? It's not … is it? Nooooo."

That is going to kill your ageless buzz. Just a bit of late-onset vanity, however, is a good thing. Age-proofing means (sorry to say) much more grooming. Even if you think you're just not that type, and more of a natural girl, you have to let go of that right now. Your "natural", to the outside world, looks like the onset of the flu. Pass the Touche Eclat …

Do aim for 20 per cent edge in your look, like those beaten-up trainers with the faded gold stars or maybe even the Gucci ones.

Do aim for 20 per cent risk in your life: for example, why not a malachitecoloured kitchen and a kite-surfing holiday?

Do aim for 20 per cent less scruff. That way you will end up looking roughly the same as you always have.

Don't overdo the foundation. The deathly bisque pallor is more ageing than a bed jacket.

Don't accept Nothing Shoes and Nowhere Jeans. You need to think you look hot at all times in your jeans, even the off-duty ones.

Don't get falling-down drunk. It looks slightly more alarming with every passing year.

Don't become intolerant. You may be more sure of your views, but keep listening.