Viacom CBS announced that it’s rebranding the CBS All Access streaming service to the more all-encompassing name “Paramount+” in early 2021.

The company announced in a press release that now that CBS has merged with Viacom, it can offer more content to users than it previously could when CBS All Access got its start in 2014. The company also notes that it hopes to bring a “leading portfolio of broadcast, news, sports and entertainment brands” to more international markets, eyeing Australia, Latin America and the Nordics in 2021.

“Paramount is an iconic and storied brand beloved by consumers all over the world, and it is synonymous with quality, integrity and world-class storytelling,” Viacom President and CEO Bob Bakish said in a statement. “With Paramount+, we’re excited to establish one global streaming brand in the broad-pay segment that will draw on the sheer breadth and depth of the ViacomCBS portfolio to offer an extraordinary collection of content for everyone to enjoy.”

VIACOMCBS CUTS UP TO 400 JOBS: SOURCES 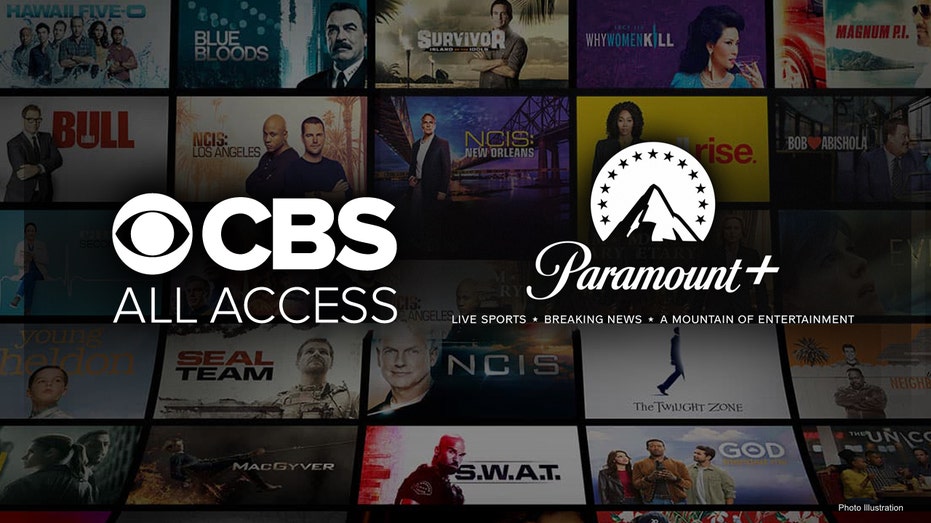 In addition to a name change, the company is hoping to stay competitive in the ever-growing streaming wars by offering more than 30,000 episodes and movies from BET, CBS, Comedy Central, MTV, Nickelodeon, Paramount Pictures and more leading up to the 2021 rebranding.

“The response from consumers in just the early weeks of the service’s expansion already illustrates the tremendous opportunity ahead of us in bringing these phenomenal ViacomCBS brands together in one premium streaming home under the new Paramount+ name,” said Marc DeBevoise, chief digital officer of ViacomCBS and president and CEO of ViacomCBS Digital. “With the addition of even more content from across the portfolio as well as the new exclusive originals we are announcing today, we look forward to the early 2021 rebrand and bringing existing and new subscribers more of the compelling, genre-spanning live sports, breaking news and mountain of entertainment ViacomCBS has to offer.”

The company also seized the opportunity to announce some new original shows in development for when the Paramount+ rebrand takes place. New shows include “The Offer,” a scripted series about Oscar-winning producer Al Ruddy’s time working on “The Godfather;” “Lioness,” a CIA drama led by Taylor Sheridan of “Yellowstone” fame; a reimagined version of “Behind the Music” and a true-crime docuseries based on the hit TV show "Criminal Minds."

The network also announced a revival of “The Game" as part of BET’s programming.

‘Sneakerheads’ Star Allen Maldonado: Why He Wanted To Showcase A ‘Different’ Side Of Himself