IF you never got around to buying an Xbox One, the good news is you can pick one up for much less than the RRP these days.

We take a look at who's selling the Microsoft console for less. 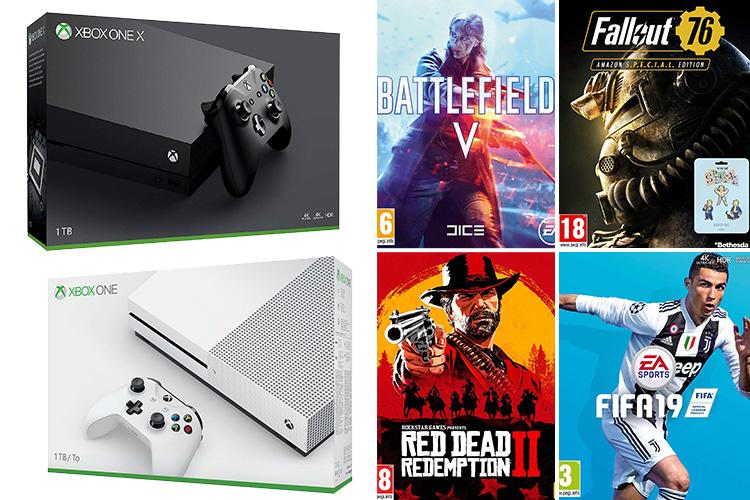 Which Xbox One is best?

You've got a couple of options when it comes to buying a new Xbox.

The Xbox One S is slightly smaller than the original (which has been discontinued) and has improved graphics, including 4K video (but not gaming) and more processing power.

The Xbox One S All-Digital edition is the disc-free option, which means you'll have to download all your games; not bad if you have a decent broadband connection, and you'll save on clutter.

But Microsoft's flagship console is the Xbox One X, which is capable of cranking out 4K gaming footage and displaying UHD video.

It's more powerful than all the other models, with a similar output to the PlayStation 4 Pro, and should cut down on loading times as well.

Is PS4 better than Xbox?

In terms of performance, the Xbox One and the PS4 (like-for-like models) are pretty similar and you'd be hard pushed to find significant graphical differences between the consoles.

Comparative consoles from Microsoft and Sony are similarly priced too, so you get your money's worth either way.

So it really comes down to which exclusive games you prefer.

Microsoft does have its share of exclusives (which are often available on PC as well as Xbox), including the Halo, Gears of War and Forza series, while the PS4 has some standout titles, including: The Last of Us, Spider-Man, God of War and Uncharted.

Which shop has the best deals on the Xbox One?

It's worth checking out a few of the retailers below to see if anyone's got a good offer on.

Prices are liable to change quickly so it never hurts to do a bit of bargain hunting.

If you're considering buying a PlayStation 4, here's where you can buy those consoles for less.

And we've listed all the Nintendo Switch bargains we can find here.