Some 200 primary school pupils belted out the words to their favourite songs as they performed a playground concert for the elderly living across the road.

Children in years four, five and six at Silver Springs Primary Academy in Stalybridge, Greater Manchester, lined up on the school playground for the performance.

They put up a sign outside their school urging those living in Kendal House sheltered housing to ‘watch this space at 2pm’.

And they’ve also been busy writing letters and drawing pictures for the residents – who are facing months of isolation because they are deemed among the most vulnerable amid the COVID-19 outbreak. 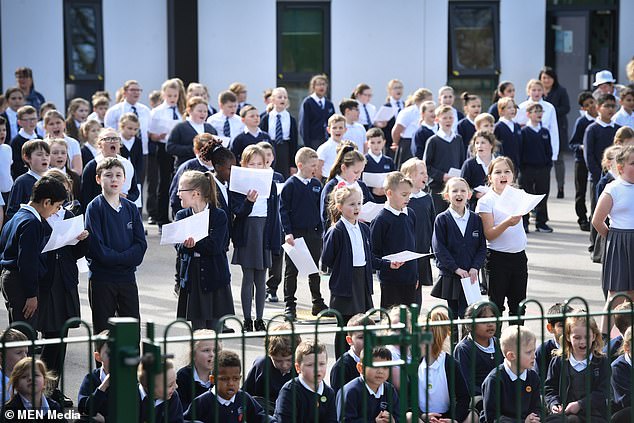 Children in years four, five and six at Silver Springs Primary Academy in Stalybridge, Greater Manchester, lined up on the school playground for the performance

The letters are urging them to ‘be happy, not sad’ and to ‘think of all the good things’.

Among the songs sang by the pupils were Something Inside So Strong, True Colours, Sing and Rather Be.

Holly Quinn’s daughter Leah was one of the children taking part.

Holly said: ‘It really is a lovely thing to do, not just for the elderly residents but for the whole community.

‘At such a hard and worrying time and what can end up being a very lonely time for a lot of the elderly, we are lucky enough to have such lovely children to keep up everybody’s spirits. Well done to all of the children and staff involved.’ 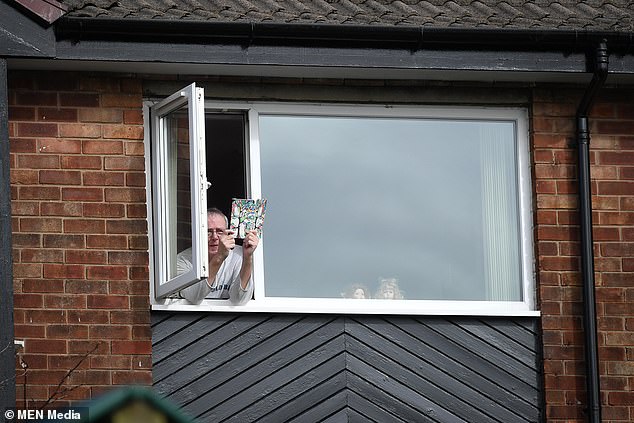 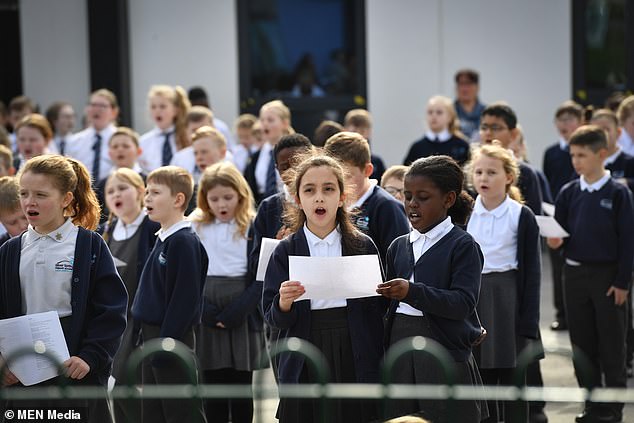 Among the songs sang by the pupils were Something Inside So Strong, True Colours, Sing and Rather Be

Gemma Brayshaw, whose daughter Scarlett-leigh also took part, said: ‘She spent ages last night writing letters and making pictures telling them to be happy not sad and think of all the good things not the bad things.

‘Well done Silver Springs for bringing something good out of a bad situation.’

Deborah Mason, principal of the 430-pupil school, said: ‘We were really conscious about how our local residents must be feeling having to be socially distant or in self-isolation.

‘The children in Year 5 and 6 were writing letters to people in isolation and to NHS workers to thank them for their courage and dedication, which inspired me to want to do something more. 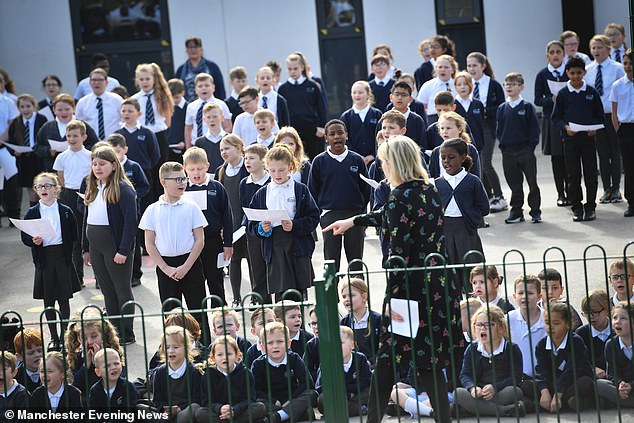 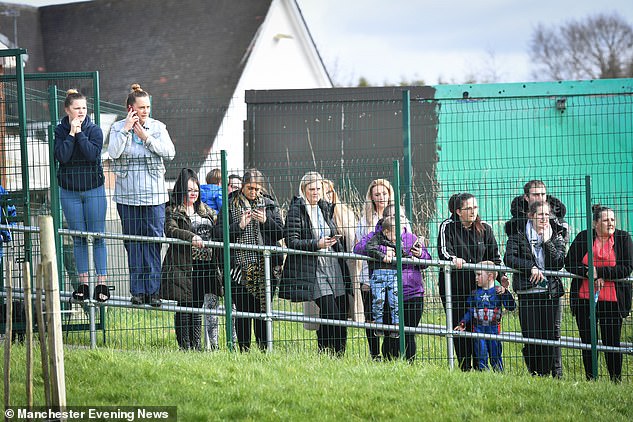 ‘We are overlooked by residents in Kendal House, who love to see and hear our children playing and that’s when I thought, “Well we’re really good at singing – let’s do an impromptu concert”.

One word to my wonderful musical maestro and it was happening.

‘We wanted to let the residents know about it and so put up the banner in full view.

‘We love to sing at Silver Spring and the children always sing with such passion. We are not an operatic choir but we have a lot of soul.’

She added: ‘Everyone agreed that it would be a great way to raise everyone’s spirits. I hope that the residents enjoyed it. I know they will miss seeing the children when we have to close our gates.’

When does the furlough scheme end?