Desperate house-hunters who viewed almost 40 properties in just over a month reveal how they finally found their dream home in the countryside.

The couple passed on three properties they were shown on the Channel 4 show, unable to find the perfect compromise between their love of the countryside and their want to be part of a community.

On last night’s episode, Phil Spencer went back to visit the couple and discovered they had finally settled on a pretty bungalow – and had since added £130,000 to the property’s value through renovation work. 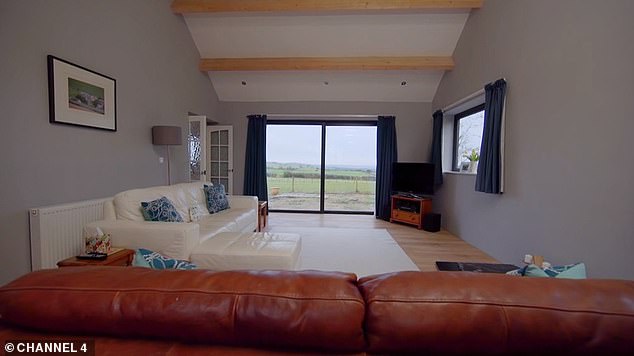 University lecturer Mike and his wife Sorrel, a teacher, appeared on Location, Location, Location, in 2016 but failed to find a house. They were visited by Phil Spencer on last night’s episode and revealed they later bought their dream home, pictured, which they renovated 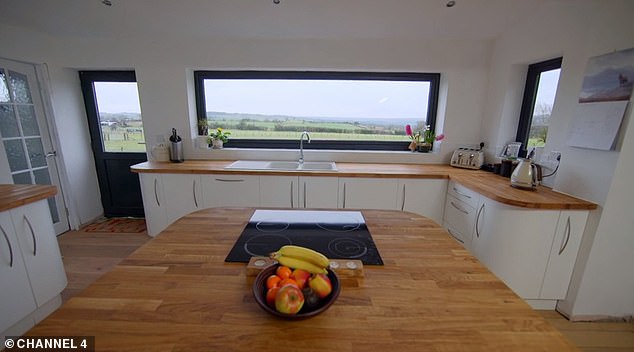 To create more space, the couple knocked through the kitchen, living room and dining room to create the open-plan set-up that they had wanted, pictured, and made the most of a view 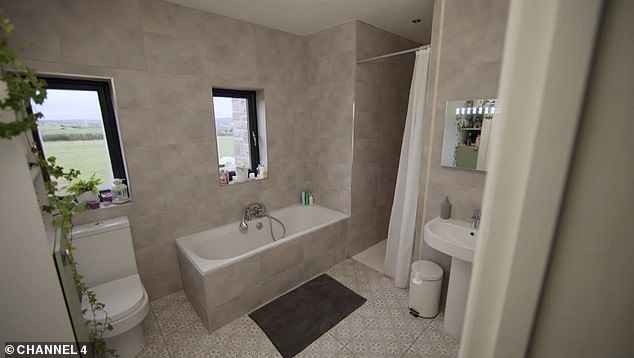 Appearing on the show for the first time, Mike and Sorrel revealed they had criss-crossed Europe while working in the European holiday business before deciding to settle in Northumberland.

They had viewed 30 houses in two years before appearing on the show but were under extra pressure as they had just two months to move out of their rental property.

While Phil and Kirsty Allsopp tried their best to find the property of Sorrel and Mike’s dreams, the couple were left unimpressed with the first two houses and, while they were interested in the third, a fixer-upper, they ultimately decided not to put in an offer.

However following a frantic search of 36 properties in four weeks, the couple finally found their dream home, it emerged last night. 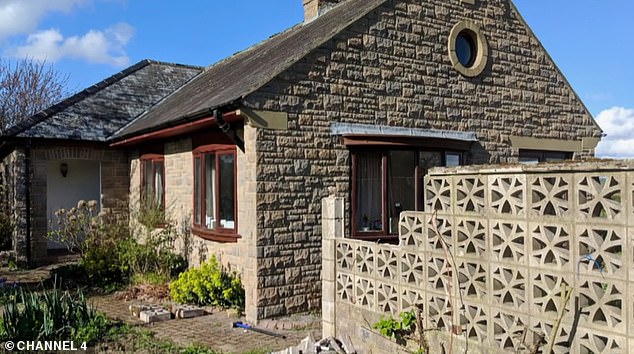 The parents found this pretty bungalow at auction and took it home with a bid of £275,000. Pictured, the home before their renovation work that added £135,000 to the home’s value 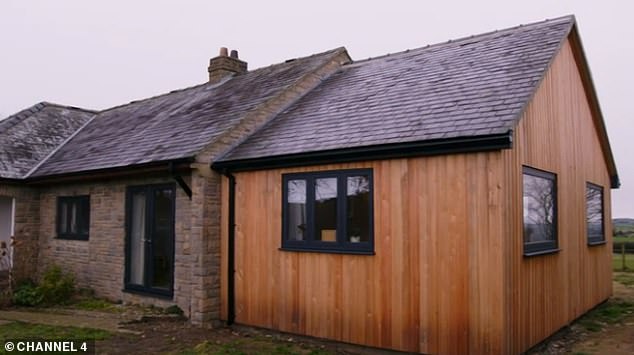 The couple added new windows and extended out the side of the cottage, pictured, which they clad in a contrasting wood. Much of the work was done by Mike himself 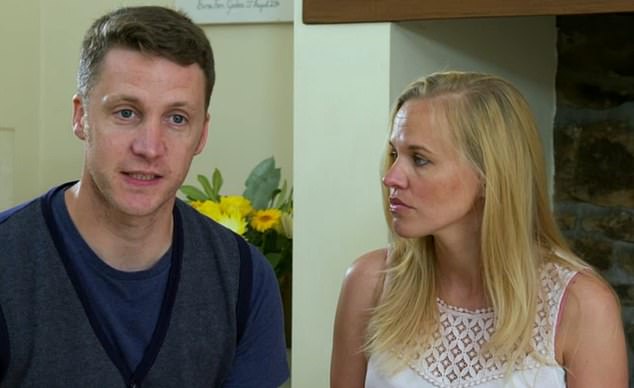 Mike and Sorrell were desperately searching for a home in 2016, pictured at the time – but having viewed over 30 properties in two years, could never find one that they wanted

The couple, now also the parents of eight-week-old Alexander, took home the bungalow at auction with a winning bid of £275,000.

To create more living space, the couple knocked through the kitchen, living room and dining room to create the open-plan set-up that they had long wanted.

With some clever re-configuration, the family also turned the home from two bedrooms to three, meaning there is space for a guest room/home office and toddler daughter Saffron can have her own room.

They also transformed the poky bathroom into a large stylish wet room. 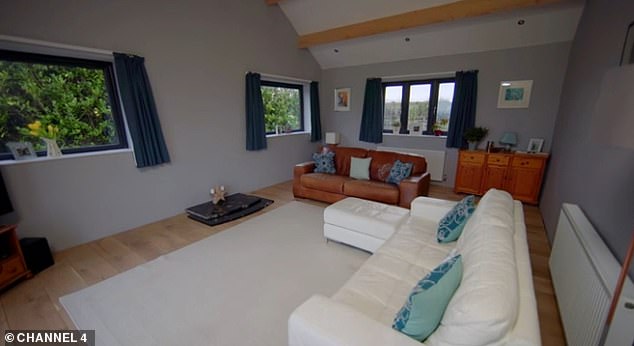 By extending into  the original patio space the couple created a double height living space with a vaulted ceiling, pictured. The property makes the most of the stunning views 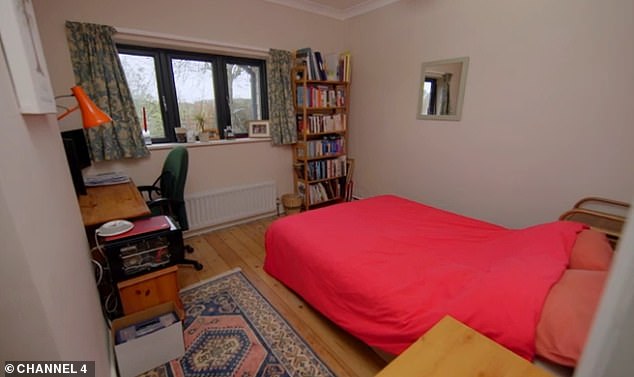 With some clever re-configuration, the family also turned the home from two bedrooms to three, meaning there is space for a guest room/home office and toddler daughter Saffron can have her own room. Pictured, the spare bedroom in the family home

Finally the couple extended out the side of the cottage, building into the original patio space they created a double height vaulted ceiling living space.

The makeover was made all the more impressive as much of the work was undertaken by Mike – and a team of very helpful friends, neighbours and family members – after their builder walked out unexpectedly.

They were forced to finish the work quickly as Sorrel was pregnant with Alexander at the time.

… And the ones they passed up 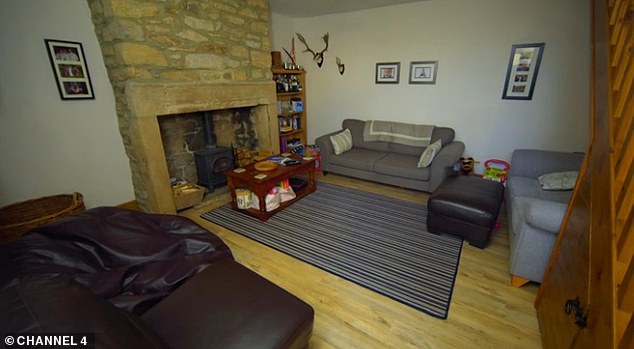 The first property the family saw, pictured, was in leafy Leighton, but the family were concerned about the fact it’s on a busy road – and they’re worried about their cats 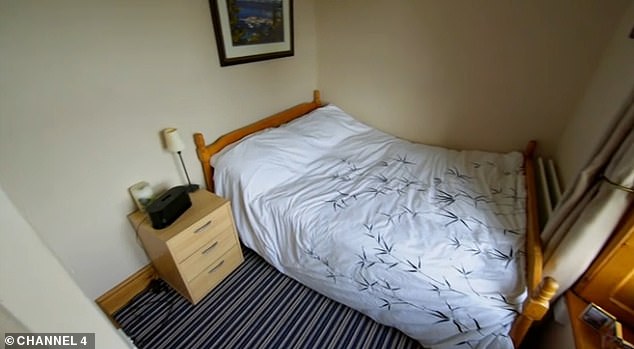 The first home they viewed was slammed by Mike for it’s smaller rooms, as seen above 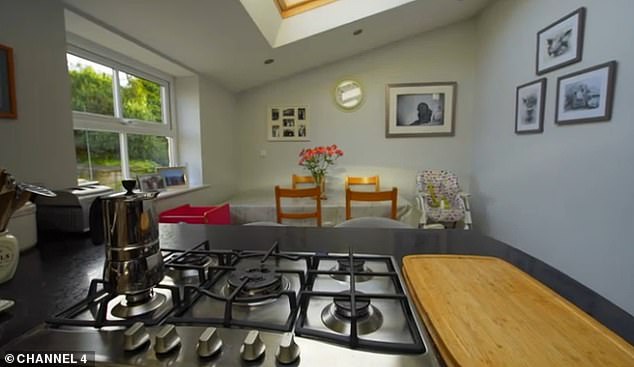 The large kitchen dining area, above, impressed Sorrel but it was not enough to sway them 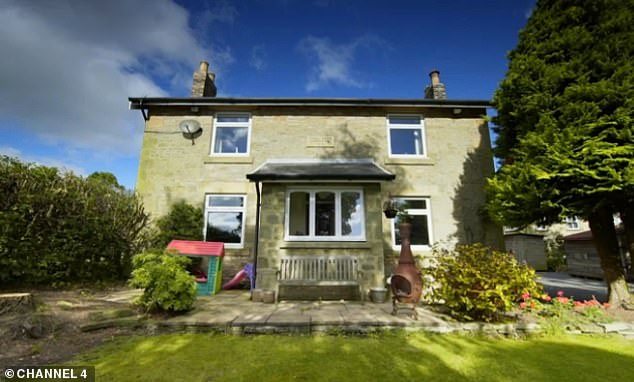 The next property was  out in the fields, in Greenside village, and had a beautiful rustic feel 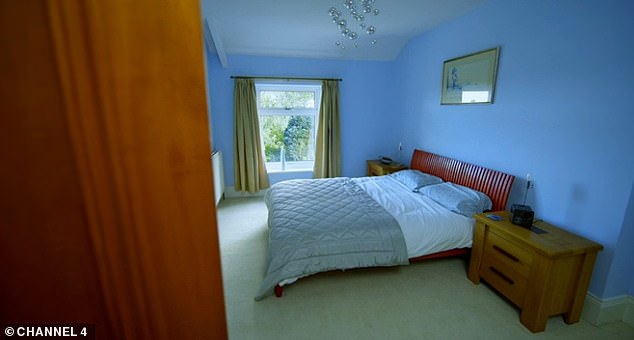 Mike loved the old stone bricks but Sorrel revealed she wasn’t struck by the interiors, pictured 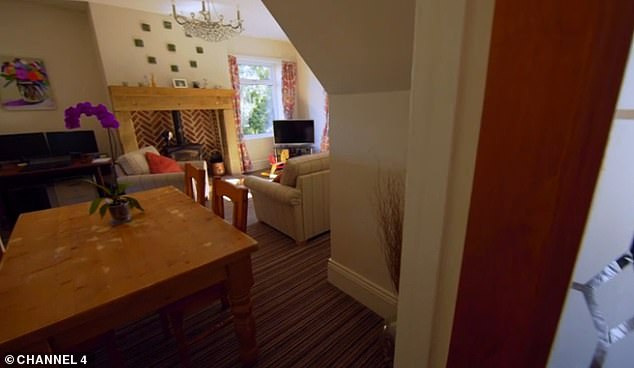 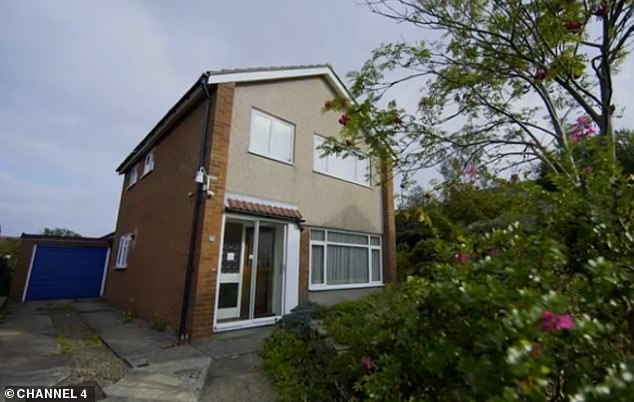 The couple were a little more keen on this Stocksfield home, but it required  work 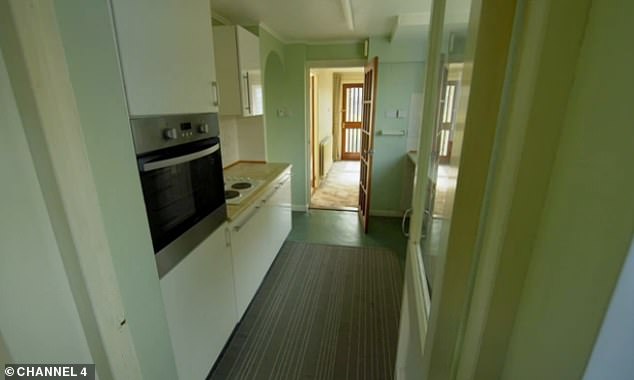 The £250,000 home featured stud walls that could be removed to allow for a new layout 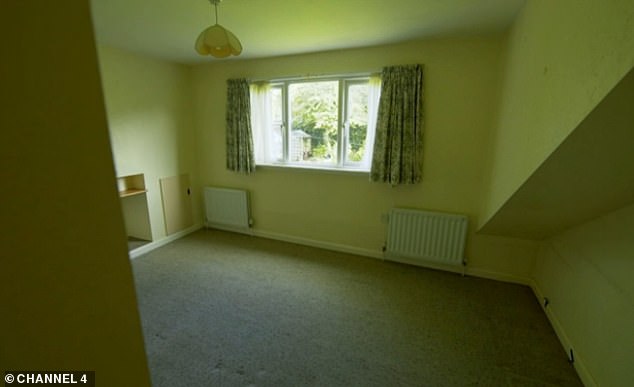 The fixer-upper, pictured, was ultimately the favourite but they did not put down an offer