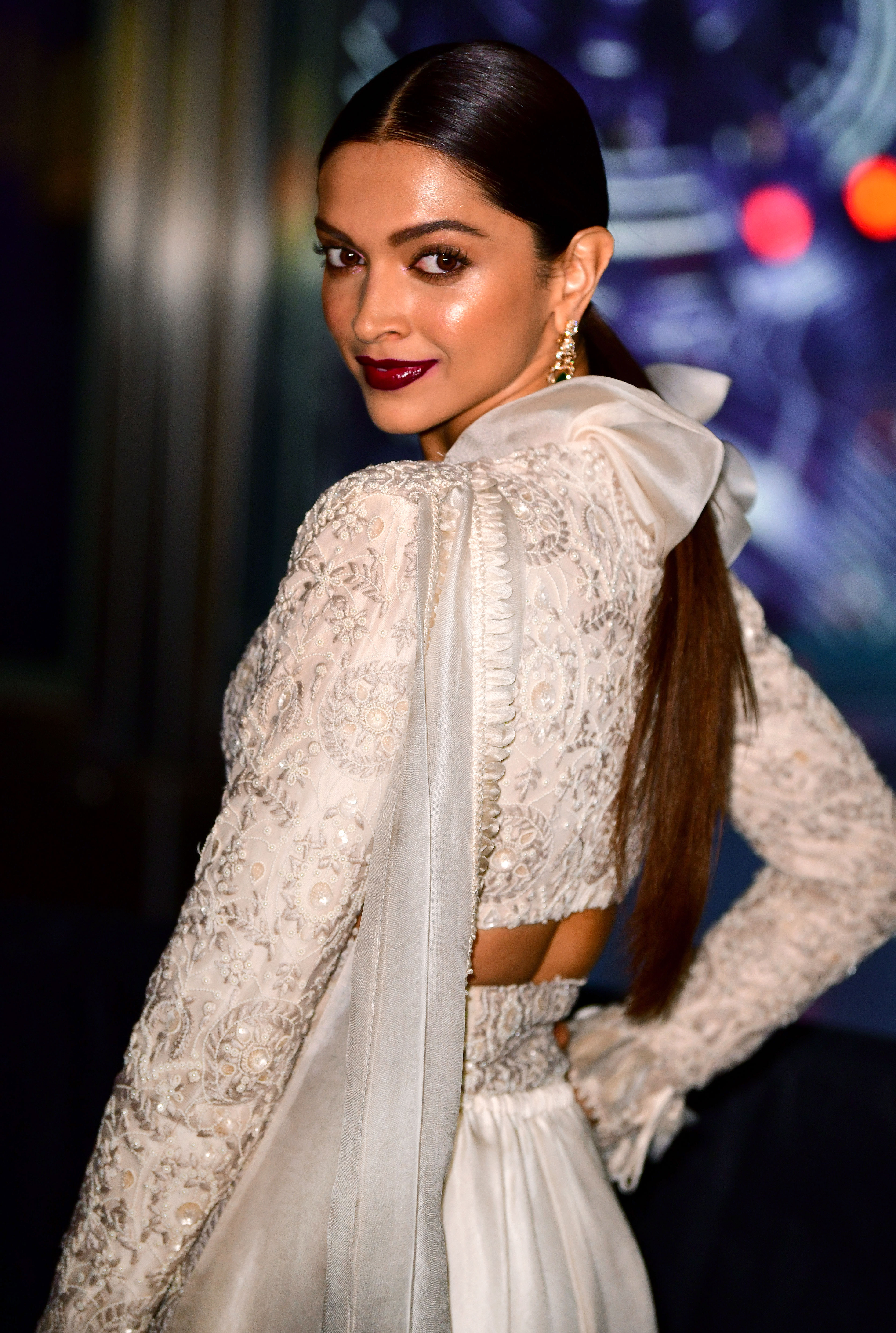 Ride the pony express! Deepika Padukone stepped out on the 2018 Times 100 Gala red carpet in an ornate ivory gown and a stunning, blindingly shiny ‘do. Since Stylish has her hairstylist, Harry Josh, on speed dial, we rang him to get the 411 on the look.

Turns out the duo wanted to do something “really sleek and simple” with the hair. “The dress had so much ornate detail,” Josh tells Us, of the fabulously embellished cream and gold Anamika Khanna gown with flowing cape that Padukone rocked. “It was the first time anyone had worn a big Indian fashion designer on a massive American red carpet and we wanted to showcase that,” says Josh (who, incidentally, is also of Indian descent.) The Bollywood star joined the Time 100 honorees this year, and just happened to be the only Indian actress to grace the list.

“I wanted to do something that would exemplify who she is,” Josh tells Us. “The event itself wasn’t just a trendy fashion event. It was a bit more important and serious and celebrating what Deepika has done for the planet on many levels, so we wanted the hair to reflect that and not be too sexy, crazy, messy or loose.” The result: a “pulled together, really chic and understated” ponytail. 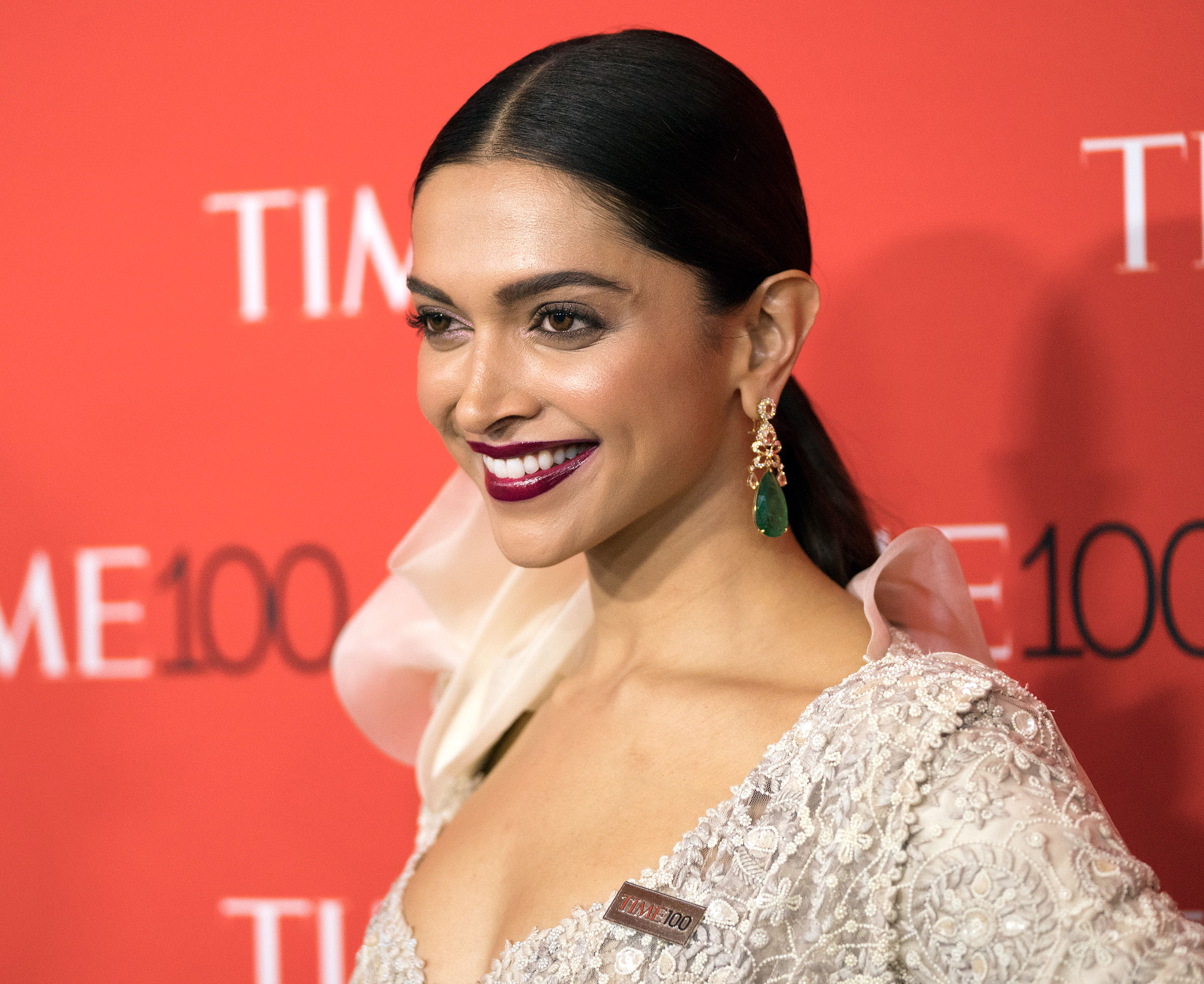 But this wasn’t just any old ponytail. “The high impact shine makes an ordinary style look extraordinary,” Josh explains. And how does one achieve that high-wattage shine? “It’s all in the details,” says the mane master. And he’s got some crafty shortcuts. First, whether you are fresh from the shower or working with second-day hair that you’ve spritzed with water, part damp hair in the center before blow-drying. “This is the trick to getting hair to lie flat to the head, which helps amp up reflection. If you part your hair last, you’re going to have a little fullness at the roots, and you don’t want that with this look,” he explains.

Before blow-drying, Josh plumped up locks with Aveda Thickening Lotion, then he used a grooming brush to smooth sections using his Harry Josh Pro Tools Ultra Light hair dryer. Once hair was dry, he ran a flat iron over small sections “to really seal in shine,” then finished strands with a dab of Serge Normant Dry Oil.

To create the shape, he combed hair back and tied off a tight ponytail at the nape of the neck using an elastic. Placement is key, he explains. “It’s got to be at the lowest part of the nape. If you put it even a little bit higher the profile would buckle, you’d see a little lift-off at the scalp.” Which is another look for another day. “Deepika is such a natural beauty, she can wear anything,” Josh raves. 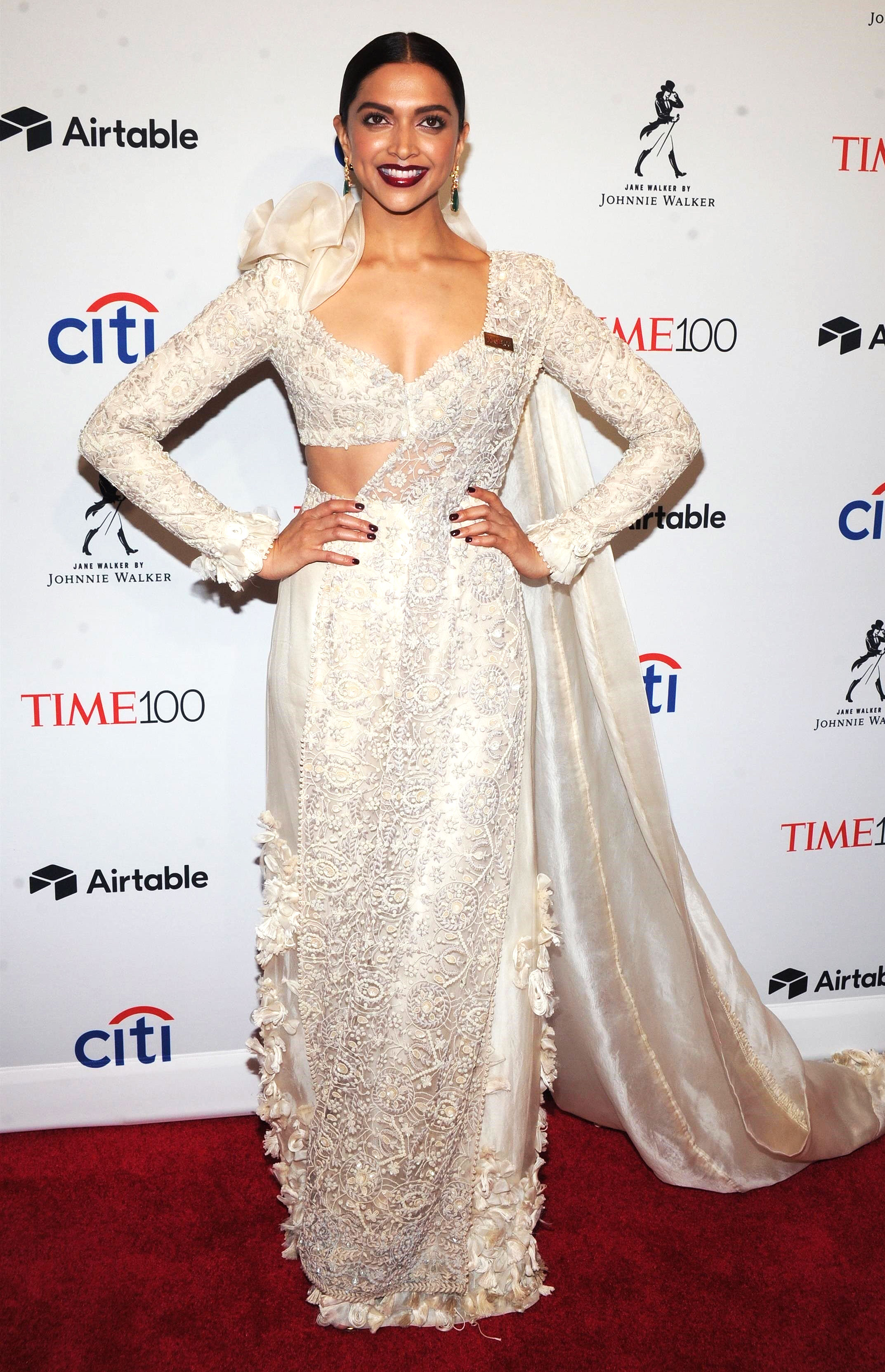