eBay has become one of the world’s most popular sites for coin collectors and enthusiasts to find unique pieces to add to their collections. The online auction site lists hundreds of allegedly ‘rare’ coins on a daily basis.

One such piece is the Sherlock Holmes 2019 50p coin, which was recently posted on the site for a shocking £20,000. Branded as ‘rare’ by the current owner, the seller, who goes by the screen name “poppschuenemn-0” has uploaded the coin to the online auction site and has suggested a starting bid of £20,000, but is it really worth the eye-watering cost?

However, on top of the high selling price, the current owner has asked that buyers also fork out an extra £1.50 for standard delivery. So at over 2000 times its face value, is the coin as rare as the owner is claiming?

Designed by Stephen Raw, the coin in question is the “Sherlock Holmes 2019 UK 50p Brilliant Uncirculated Coin”, an exciting addition to a coin collection as it is the first time Sherlock Holmes has been featured on a UK coin.

Described as the “perfect gift for fans of Sherlock Holmes and the work of Sir Arthur Ignatius Conan Doyle,” the coin is finished to Brilliant Uncirculated standard – a higher quality than other coins you’ll find in your pocket. 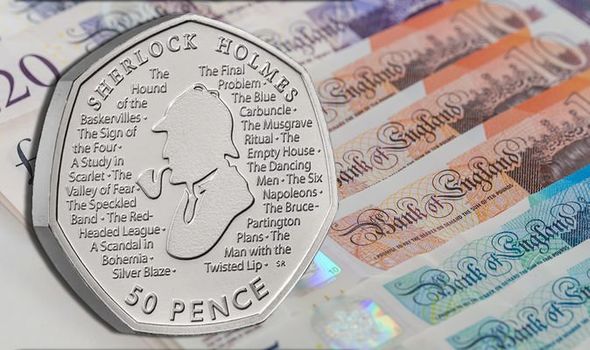 On the face of the coin, there is the recognisable illustration of Sherlock Holmes smoking a pipe.

Around this, the titles of popular Sherlock Holmes tales are written out.

The eBay user “poppschuenemn-0”, uploaded the commemorative coin to the website along with several pictures of it.

However, the seller didn’t provide any further detail on the coin.

Although the mintage of the coin is not yet known, it is not necessarily rare or worth as much as the selling price would suggest.

Experts warn that coin enthusiasts should always check the mintage before purchasing a commemorative coin through the auction site, as frequently coins are uploaded to the auction website as “Rare” but carry little to no added value.

According to the Royal Mint, the Sherlock Holmes commemorative coin can be purchased through their website for only £10.

Therefore buyers could face a massive cost to add this piece to their collection.

So, why is the commemorative coins expensive despite its worth?

Where can you find the Paddington Bear 50p coin worth £500 in circulation TODAY? [New Coin] 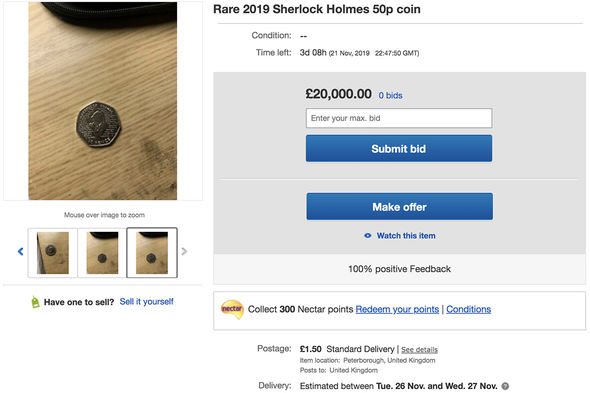 Sellers are well within their right to list items at whatever price they choose, therefore it’s down to the seller to take note when purchasing goods online.

In the coin publication Spend It? Save It? What Should You Do?, the experts explained that sellers are well within their right to list coins at whatever price they choose.

The experts found that high price tags can make more affordable listings seem much more appealing, which could explain why some coins sell for as high as £6,000.

More often than not, the coins aren’t even worth that, so the buyer still ends up paying more than it is worth.

Another 50p coin was recently listed on the auction site for a shocking £5,800.

Recently, the eBay user “sophieschoicex” uploaded a Beatrix Potter Peter Rabbit coin with the asking price of £5,800. However, they revealed the 50p had a mint error which could explain the huge price tag.

The seller posted a selection of pictures of the Tale of Peter Rabbit 50p coin which was released in 2017. 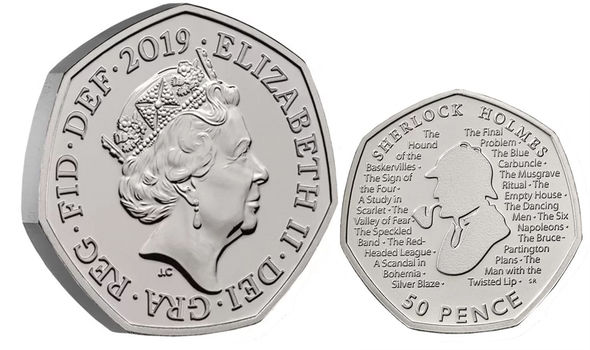 The £5,800 asking price was justified as “sophieschoicex” said the coin was rare and had a unique printing error.

As well as the high asking price, those buying the coin would need to fork out an extra £1.06 to get the coin shipped by standard delivery.

Although the commemorative coin may be of interest to a number of people, this does not necessarily mean it is rare or worth as much as the price tag would suggest.

Producers respond to rumors ‘Ellen DeGeneres Show’ will be canceled

‘Sex Education’: Netflix Show On Track To Go Back Into Production In August