France’s first lady Brigitte Macron decided against wearing a face mask as she marked Bastille Day alongside the French president in Paris tonight.

The French First lady, 67, was accompanying her husband President Emmanuel Macron, 42, who was addressing the French Military Forces at the Hotel de Brienne.

While his wife opted out, the French head of state donned a white mask while delivering his address, and kept his distance from staff and attendees after arriving at the hotel.

Macron was addressing the forces ahead of Bastille Day, which marks a pivotal date of the French revolution of 1789.

Due to the coronavirus, the annual parade will be tame, with access to the Eiffel Towers, where masses usually congregate to watch a fireworks display, banned. 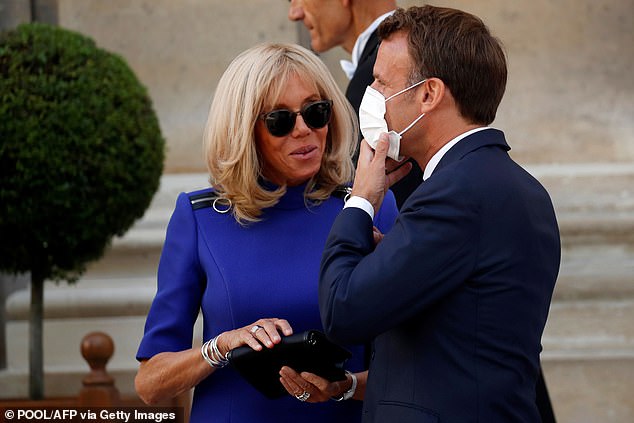 Brigitte Macron decided against wearing a mask during an official event on the eve of Bastille Day in Paris. The French First lady, 67, was accompanying her husband President Emmanuel Macron, 42, who was addressing the French Military Forces at the Hotel de Brienne in Paris 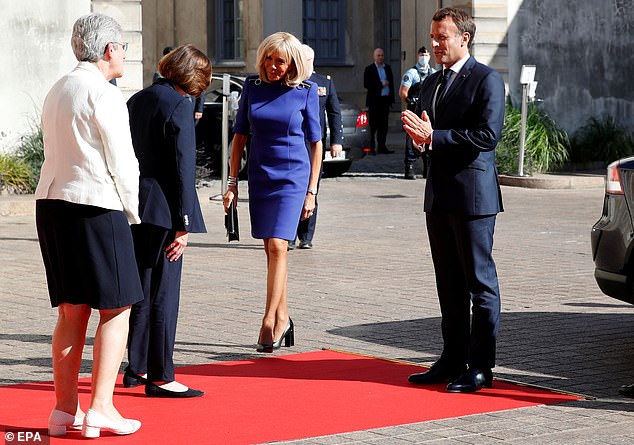 Upon arriving, Emmanuel Macron, who was then not wearing a mask, kept his distance from staff and attendees

As the presidential couple made their way to the Hotel de Brienne tonight, Brigitte stunned in a navy blue fitted dress and chic block heels.

The First Lady did not wear a mask but donned a pair of sunglasses. She stood solemnly during her husband’s address to represented of the armed forces who where wearing masks around her.

Brigitte accessorised her simple and effective look with some silver bracelets and a silver watch. 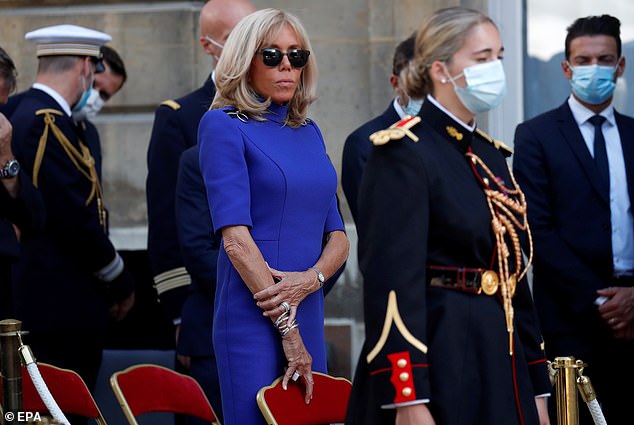 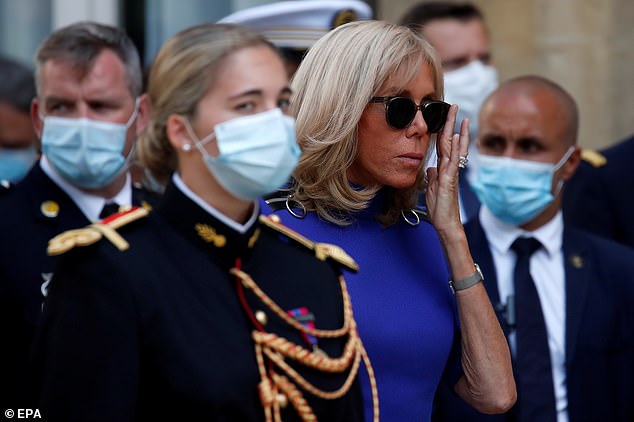 Brigitte was not wearing a mask, but sunglasses. She listened as Macron thanked the French military forces for their efforts to fight the coronavirus pandemic

Emmanuel Macron looked smart in a navy blue suit, which he wore with a crisp white shirt.

This year, and after months battling the coronavirus pandemic, Macron thanked them for their services, saying they had ‘contributed to the collective effort’ against the virus, France TV Info reported. 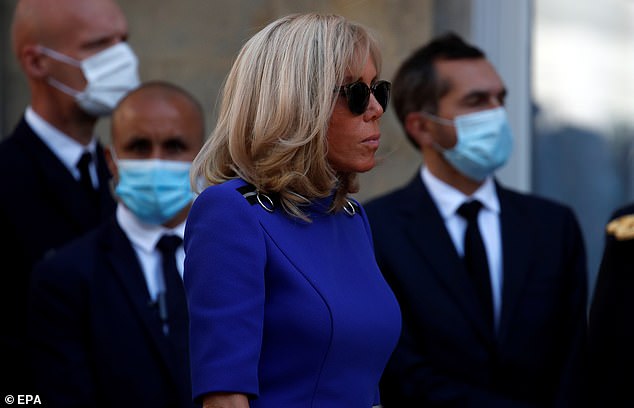 The French first lady stood solemnly during her husband’s address. This year, Bastille Day celebrations had to be cancelled or modify to avoid the risk to spread the coronavirus

As France gears up for Bastille Day, sanitary measures have been taken in the French capital to limit the spread of the coronavirus, two months after the country lifted its tight lockdown.

The usual military parade taking place every year on the Champs-Elysées was cancelled and replaced by a static ceremony which will honour medical staff.

The event will take place on the Place de la Concorde with 2000 participants – half less than last year’s celebration.

The fireworks. which usually lighten the French capital on the evening of celebrations, have also been cancelled and access to the Eiffel Tower and the Trocadero square have been restricted to the public. 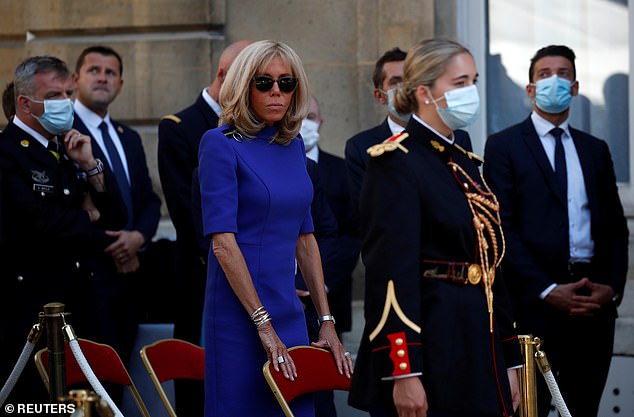 Other attendees mostly wore masks to the event, which takes place every year on the eve of Bastille Day