Meredith Grey won’t be scrubbing out of Grey Sloan Memorial anytime soon. As reported by Entertainment Weekly, Grey’s Anatomy is officially renewed for Season 15. ABC’s commitment to the series isn’t rooted in nostalgia — despite the show’s age, it’s currently increased viewership since its previous season, according to EW. After all this time, the soapy medical drama is still bringing in new viewers, and pleasing the ones who have been around since the hospital was still called Seattle Grace.

President of ABC Entertainment, Channing Dungey, seems to be in full agreement that Grey’s Anatomy is still seriously good for the network. In a press release announcing the news, she said,

In addition to the renewal announcement, ABC also revealed a list of castmembers who will reportedly be back for Season 15. According to the press release, fans can expect to see these familiar faces hanging out in the elevators at Grey Sloan Memorial again next season: Ellen Pompeo as Meredith Grey, Justin Chambers as Alex Karev, Chandra Wilson as Miranda Bailey, James Pickens Jr. as Richard Webber, Kevin McKidd as Owen Hunt, Jesse Williams as Jackson Avery, Caterina Scorsone as Amelia Shepherd, Camilla Luddington as Jo Wilson, Kelly McCreary as Maggie Pierce and Giacomo Gianniotti as Andrew DeLuca.

As previously announced, fan favorites Jessica Capshaw and Sarah Drew will exit the series at the end of Season 14. Details about how or why their characters will be leaving Seattle remain unknown, and it’s safe to say that viewers are more than a little worried about what the future holds for them. 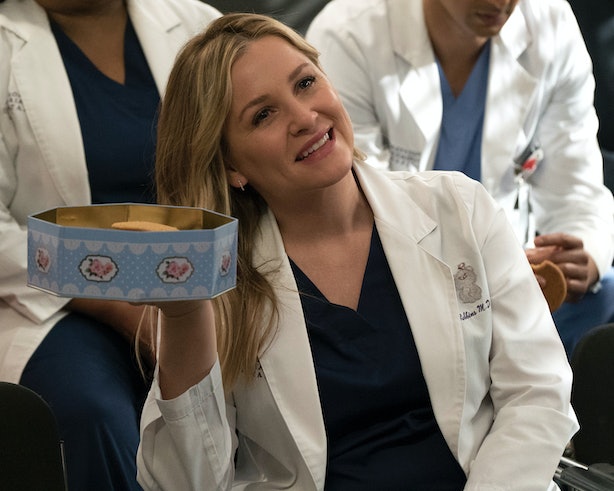 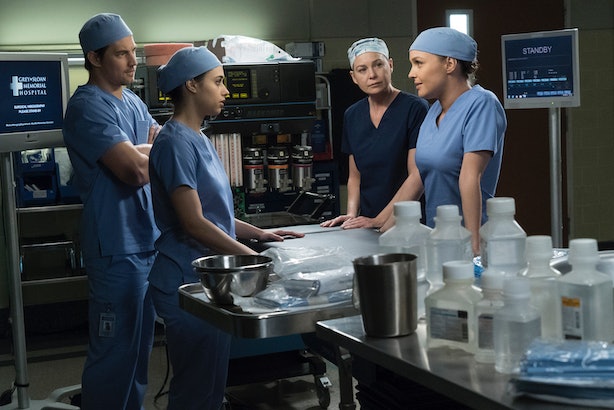 It’s way too early to speculate on what kind of new drama Season 15 will bring — fans are still trying to figure out how Arizona and April will exit right now — but since this is Grey’s Anatomy, it’s safe to assume there will be sexiness, surgeries, and all kinds of heartbreak. And you know you wouldn’t have it any other way.