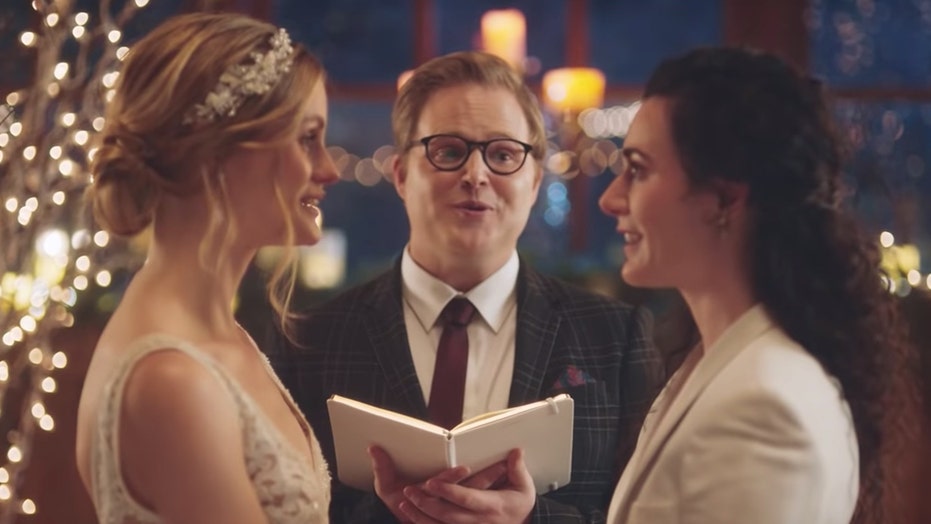 The Hallmark Channel has pulled a commercial featuring brides kissing during a same-sex wedding ceremony, just days after a conservative group launched a campaign calling on the network to pull the ad.

The commercial from the wedding planning website, Zola, features a lesbian couple celebrating their nuptials. The ad first debuted on Hallmark on Dec. 2.

Earlier this week, One Million Moms, a division of the American Family Association that claims its mission is to “stop the exploitation of our children, especially by the entertainment media,” launched a petition urging Hallmark to stop airing the commercial and other LGBTQ content.

“The Hallmark Channel has always been known for its family friendly movies. Even its commercials are usually safe for family viewing. But unfortunately, that is not the case anymore,” One Million Moms said on its website.

The organization said other viewers expressed concerns over the Zola commercial on the channel’s online complaint board.

“Why would you show a lesbian wedding commercial on the Hallmark Channel? Hallmark movies are family friendly, and you ruined it with the commercial,” one viewer said, according to the conservative group.

“Now, parents can no longer trust Hallmark because Hallmark is no longer allowing parents to be the primary educators when it comes to sex and sexual morality,” added One Million Moms, which described homosexuality as “a sinful lifestyle that Scripture clearly deems as wrong.”

“We are not allowed to accept creatives that are deemed controversial,” a Hallmark account representative reportedly said in an email exchange with a Zola ad buyer.

On Thursday, Zola was informed that four of its six ads that had previously aired on Hallmark would be pulled.

“We are not allowed to accept creatives that are deemed controversial,” a Hallmark account representative said in an email exchange with a Zola ad buyer, according to The New York Times. 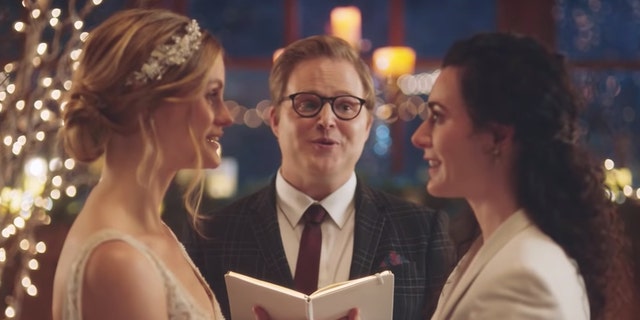 “We are not allowed to accept creatives that are deemed controversial,” a Hallmark account representative reportedly said in an email exchange with a Zola ad buyer. (Photo: Zola)

“The decision not to air overt public displays of affection in our sponsored advertisement, regardless of the participants, is in line with our current policy, which includes not featuring political advertisements, offensive language, R-rated movie content and many other categories."

In a statement provided to Fox News, Hallmark said Crown Media Family Networks made the decision to pull the commercials. “The debate surrounding these commercials on all sides was distracting from the purpose of our network, which is to provide entertainment value,” a Hallmark representative said.

“Hallmark approved a commercial where a heterosexual couple kissed. All kisses, couples and marriages are equal celebrations of love, and we will no longer be advertising on Hallmark,”  Chi said.