Home » Lifestyle » In Quarantine, Love Is My Very Annoying Dog

In Quarantine, Love Is My Very Annoying Dog

Every morning at dawn, my dog Paul gets out of the bed, scopes the apartment for potential enemies, and has a drink of water. Then he starts “sharking,” meaning he keeps his head low and circles the bed, like a shark closing in on its enemy. Instead of the appearance of dorsal fin triggering panic in his prey, it’s the jingle of his dog tags. And instead of a plucky young seal, his prey is me, a woman who desperately wants to stay in bed. No matter what I do—pretend to be asleep, bargain with him, assertively tell him to stop, or sweetly ask him to come back and join me in bed—he sharks, and he sharks, and he sharks. Eventually he emits a high-pitched whine every three to five seconds as he circles, transforming my bedroom into a multisensory torture chamber before the sun has even had a chance to fully rise.

There’s only one way to get him to stop. I haul my ass out of bed and take him outside. 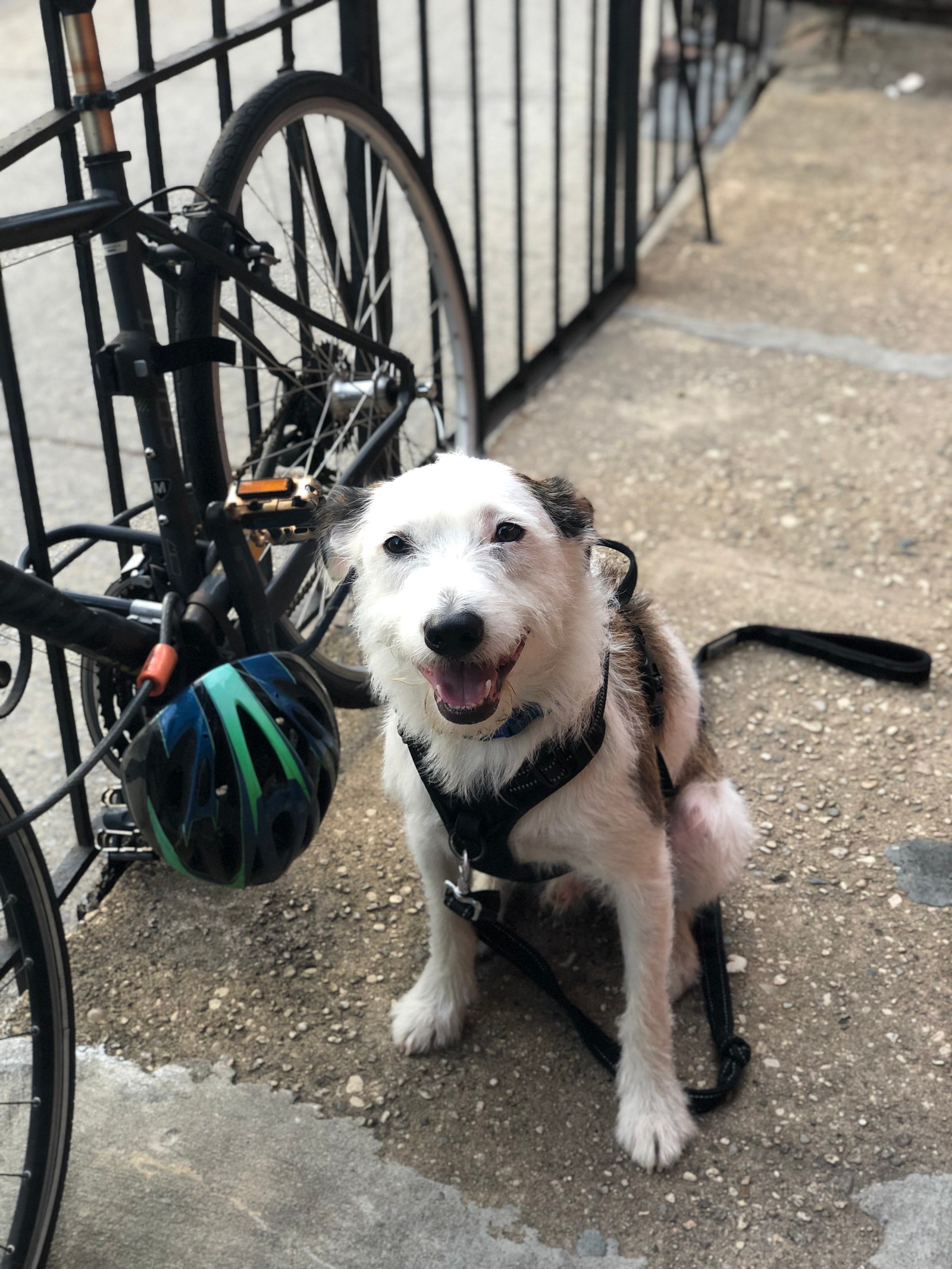 Prequarantine, I absolutely loathed Paul’s sharking. I felt it unreasonable, and I am a person who believes my dog can be reasoned with. I’ve tried hitting him with the straight facts, a bleary-eyed, duvet-covered prosecutor making her closing argument to a furry jury of one:

Paul, you go outside for a walk every night around 11 p.m., and you do all your necessary business. It is now 5 a.m. the following day. Surely you can wait more than five or six hours between walks, and allow your beloved mother to get a bit of extra shut-eye! You can understand how hard she works to keep kibble in your bowl and thus permit her to start her day without the unsettling sensation that she’s being hunted. In conclusion, the state finds this behavior unacceptable—what say you?

Unsurprisingly, the jury never rules in my favor.

But in the last two months, something has changed (and it certainly isn’t Paul). I didn’t notice the shift at first; it was only when, on one particularly sunny, glorious Brooklyn morning, we were two miles away from the apartment by 6 a.m., it occurred to me that Paul’s sharking no longer upset me, or annoyed me, or made me utter obscenities under my breath while bitterly lacing my shoes. Instead I was truly thrilled to get up and meet his demands. When I asked myself why, I realized that though his behavior was the same, what it meant for me had totally shifted: Instead of an early-morning call of duty, it was an opportunity to get out into the world and see things. Sometimes we even see other people (from a safe distance, of course).

In normal circumstances (and honestly, even now), I recognize that living alone is a luxury. Still, during a pandemic and the subsequent quarantine, living alone has the power to feel both deeply calming and utterly terrifying. Sometimes I jolt awake in the morning to the sound of distant sirens and am immediately overcome by the notion that I’m tucked away from the world in a 900-square-foot box, day in and day out. I’m safe and warm, yes—but I’m also totally disconnected from other human beings. I’ve gone through long bouts of depression and agoraphobia in my life, and being isolated is a huge trigger for me. I start thinking about how long it’s been since I’ve hugged someone, or how no one in the world actually knows where I am right now. I wonder if I’m doing enough to stay engaged with the world, or if I’m allowing myself to sink back into old, troubled habits. 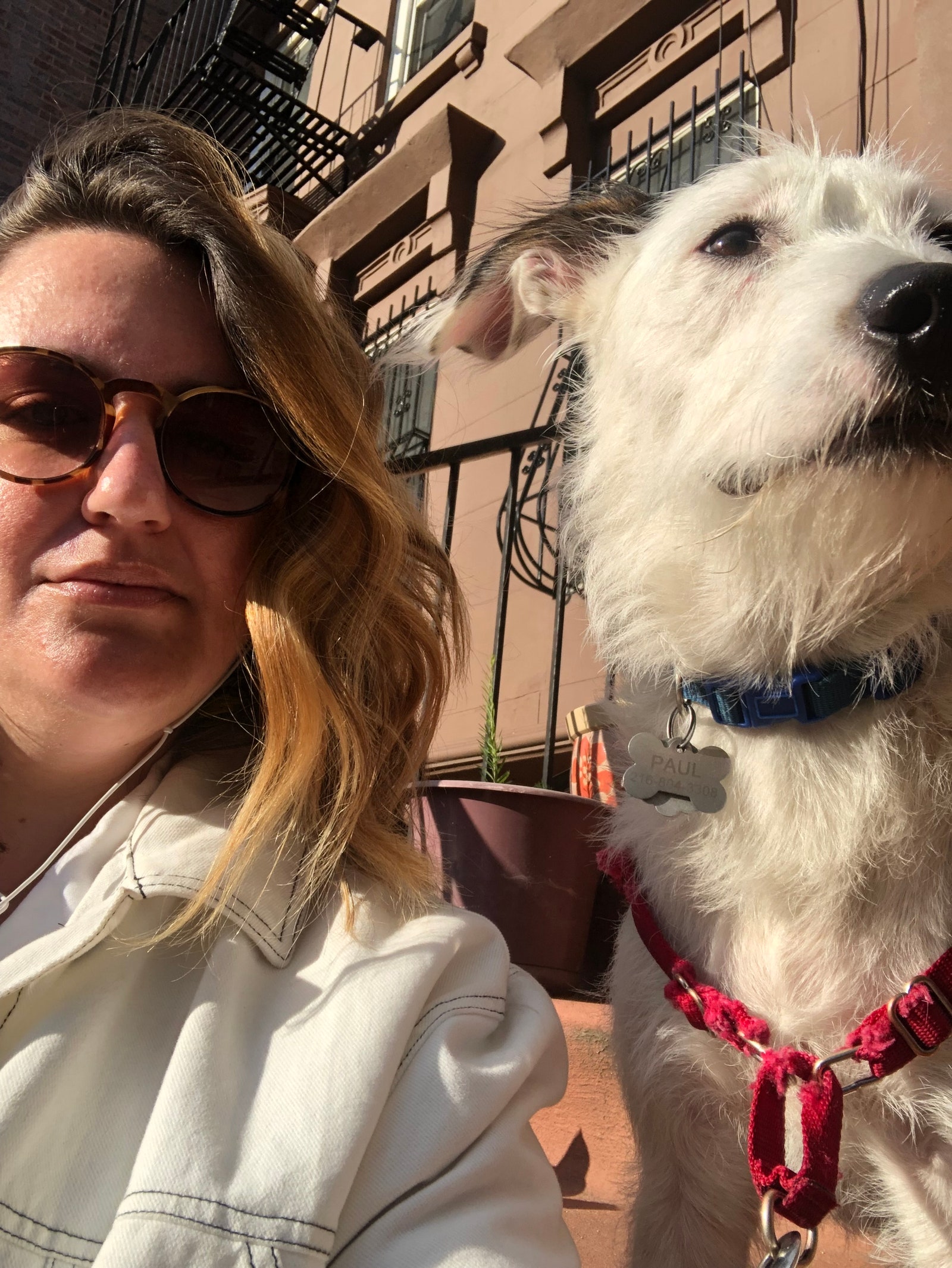 But then, in my panicked state, I glance over and see Paul, perched on the foot of the bed, or fastidiously sharking, or shrieking at a high-decibel level. The same behaviors that used to annoy the shit out of me now serve as a reminder that no matter what, Paul and I are just one walk away from me feeling okay again. I’ve always loved him, of course, but now it’s deeper than that; instead of him relying on me to take him outside, I’m relying on him to remind me that going outside and being in the world is still possible, and it doesn’t have to be terrifying. He’s my connection to the world as it used to be, the reason I don’t wish I could sleep forever, the kick in the ass I need to get some exercise, the long contemplative walk I really, really need after a long day of soul-crushing Zooms.

Sometimes I wish Paul could talk to me and tell me what he thinks about all of it: the quarantine, COVID-19, the news cycle, the fact that his human is suddenly home and available for unlimited pets at all hours of the day. Something tells me that even if he could, his insight into the situation would be simple:

“This is a lot, yeah. Guess we should go take a walk.” 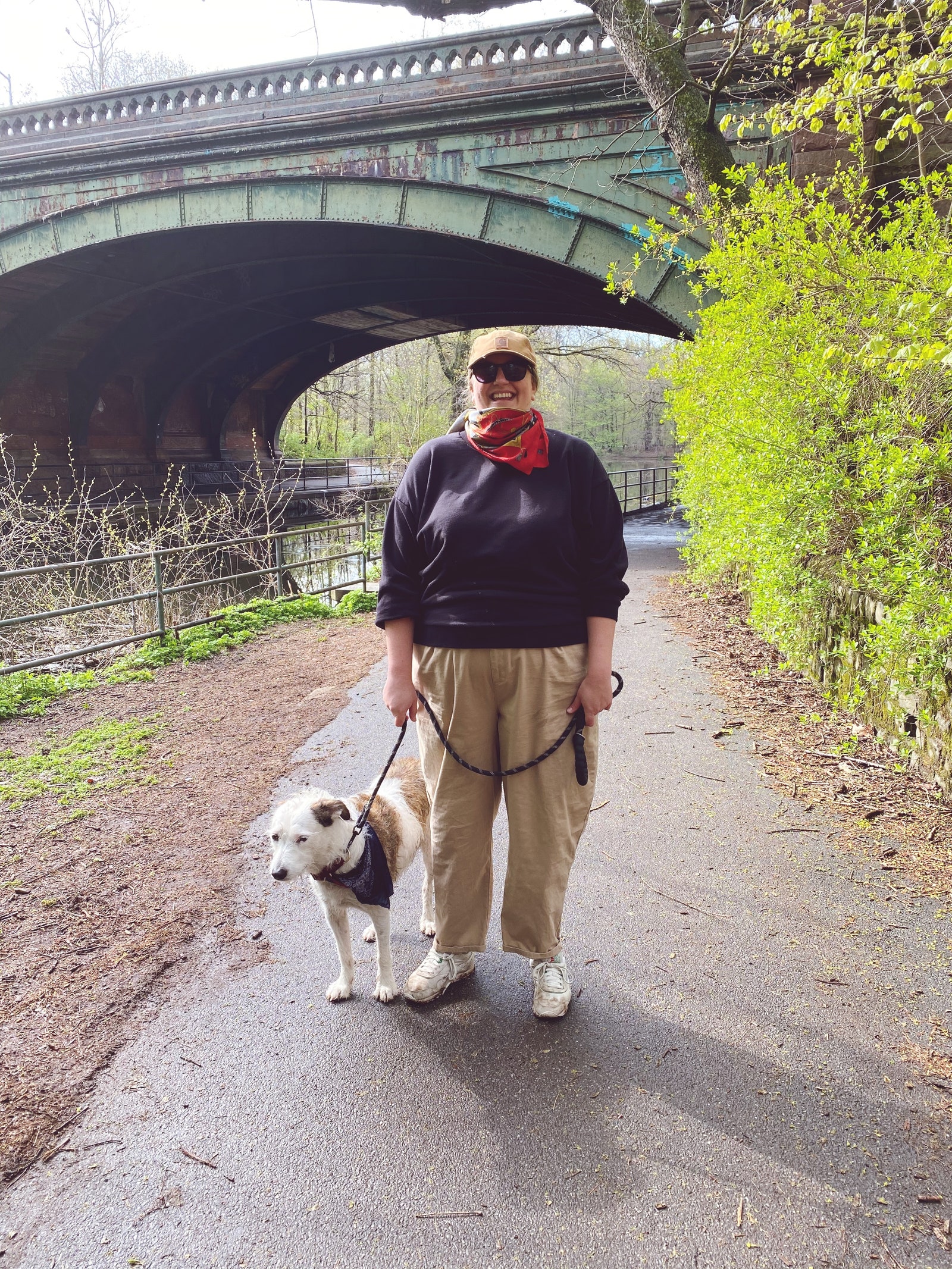 Amanda Richards is a New York City–based writer and the editorial director at Universal Standard. Follow her @amandakater.