Kirstie Allsopp has become the latest star to wade into the debate around the Duchess of Cambridge’s controversial appearance on the steps of the Lindo Wing hours after giving birth to the new royal baby.

The TV presenter, 46, said she sympathised with ‘incredibly impressive’ Kate, who she argued would have felt ‘pressure’ to follow in the footsteps of her late mother-in-law, Diana, by posing for the cameras and presenting her son to the world.

Hours after giving birth on Monday, Kate emerged from St Mary’s Hospital in a red dress, nude tights and heels, with immaculate make-up and her signature bouncy waves in place.

It prompted fellow mums to share their own – markedly different – post-partum snaps, and express their astonishment at the Duchess’ appearance so soon after labour.

Speaking on Good Morning Britain on Thursday, Kirstie called the criticism of Kate’s appearance ‘madness’, arguing that she would have been pilloried had she not posed for photographs with the baby. 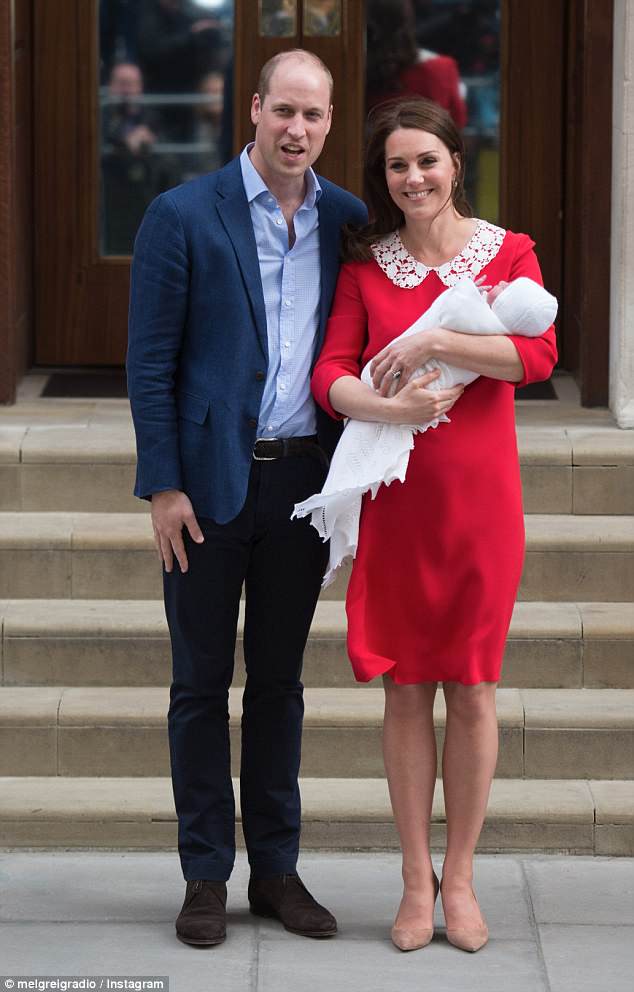 Some have said that the 36-year-old’s glamorous appearance fresh from the delivery room added to the already considerable pressure on new mothers to resume their lives without allowing time to recuperate.

But Kirstie argued that the royal felt a ‘responsibility’ to carry on the tradition of a media photo call for her new baby, just as Diana had posed for the press following the births of William and Harry.

She said: ‘She has a responsibility to follow in the footsteps of her late mother-in-law so she’s always going to feel that pressure.

‘Diana came out and did it so of course the Duchess of Cambridge will want to be seen to do it.’ 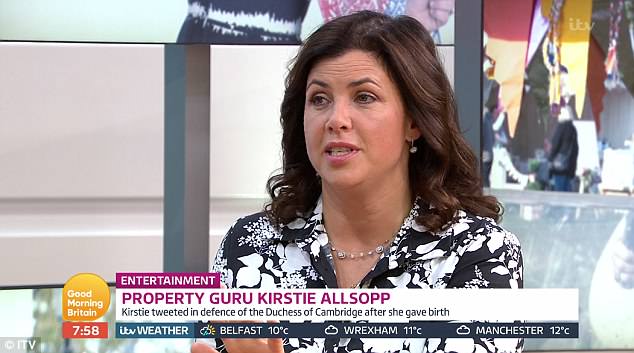 Kirstie Allsopp, 46, defended Kate, saying she feels ‘pressure’ to face the world after she had the baby 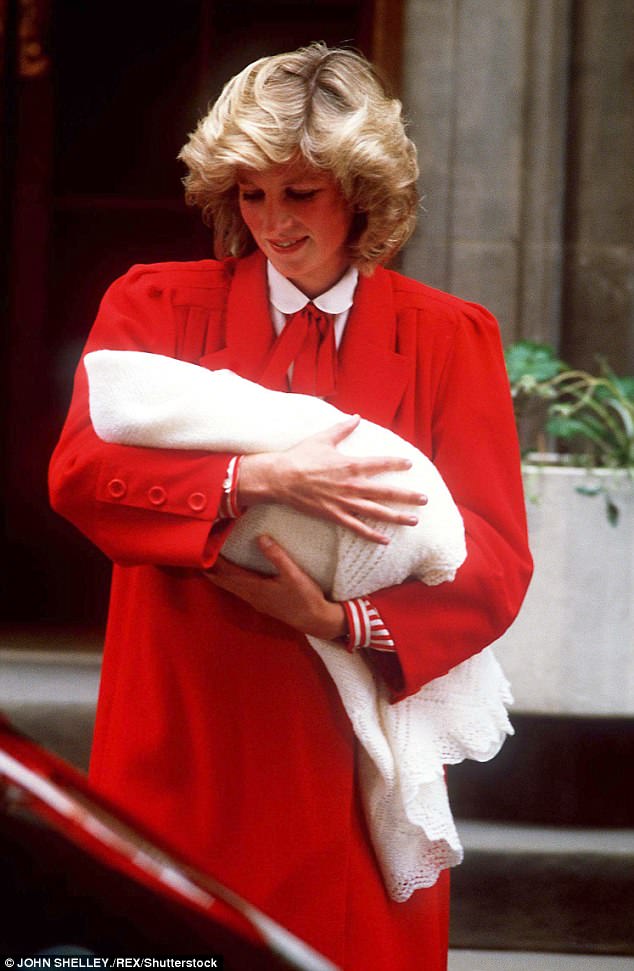 The moment sparked an outpouring of memes from mums across the world who shared more ‘realistic’ pictures of themselves post-birth looking exhausted.

But Kirstie said it was ‘incredibly impressive’ that Kate was able to pose for pictures just hours after the baby was born.

She explained: ‘I don’t think she has a responsibility, I’m sure she feels a responsibility because of previous generations. If she wants to jump in the car and zoom out the back good on her.

‘I don’t think she has any responsibilities except to the baby. She did do it and it was incredibly impressive.’ 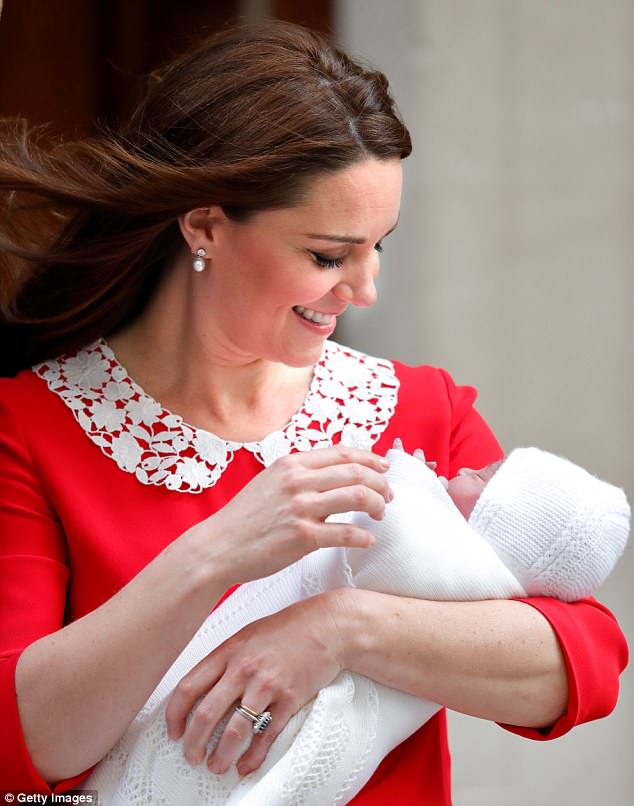 Diana did take a little bit more time to recuperate in hospital following the births of her children.

After William was born on June 21 1982 she emerged the next day after spending the night in hospital, just as she did with Prince Harry when he was born in September 16 1984, the day after he was born.

Kate and William looked delighted as they showed off their third son to the world who was born weighing 8lbs 7oz on St George’s Day.

The couple are yet to announce the baby’s name but it is expected to be revealed anytime today.

William has said of the name of the baby, who is now fifth in line to the throne: ‘You’ll find out soon!’