Home » Lifestyle » This Is What It Means To Call Someone In, Instead Of Calling Them Out

This Is What It Means To Call Someone In, Instead Of Calling Them Out

Social justice movements can evolve and change in a blink of an eye: Almost daily, there are new analyses to read, hot takes, studies, hashtags to follow, events, and even new terminology. And as more and more people become involved in social justice in their local communities and online, it’s more important than ever to understand the words and methods used to most effectively have a conversation about what is, in essence, the right thing to do. Previously, calling someone out might have been the best way to go about this — but a call in might be an even more effective way to go about this. So, what exactly does call-in mean?

You’re probably aware of call-outs (and how it fits into so-called "call-out culture") — simply put, this is when you publicly give feedback to someone about their potentially problematic or oppressive behavior, whether this is IRL or on a Twitter thread that’s getting heated. A call-in, on the other hand, is when you talk with someone privately about their behavior (or, you wait to talk in person), and is considered a less reactionary route to work through conflict, according to The Consent Crew. Though the idea of calling people in, rather than calling them out, has been around for a while, according to BDG Press, there’s been a resurgence of this conversation in activist communities — particularly because many people have deemed call-out culture to be counteractive to social justice, and "performative" in nature.

However, as explained by Maisha Z. Johnson, writing for The Body Is Not An Apology, the motivation behind a call-out does matter, and can make a whole lot of difference in how your criticisms are received. If someone is more interested in seeing the subject of a call-out punished or shamed for their mistake, versus seeking to hold someone accountable for their problematic behavior and looking for a productive solution, it’s probably not the best idea (for you or your community) to call someone out.

"Addressing harmful behavior is important, but so is understanding that everyone is on a different step of their journey, so we all make mistakes," wrote Johnson. "You don’t have to shame other activists — or yourself — for being imperfect. We can give ourselves and each other room to make mistakes." 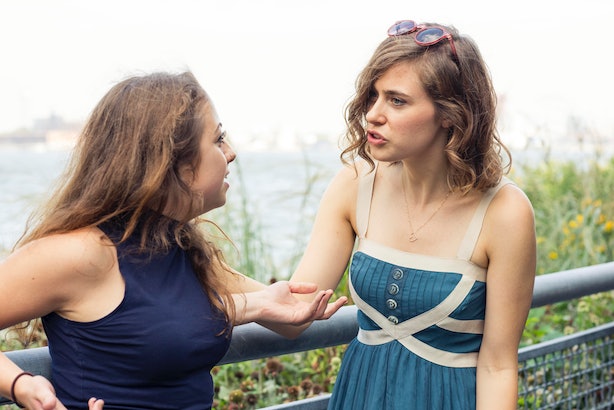 Public call-outs can be toxic, and typically — especially with your friends or peers — call-ins can be a much more effective way to create positive change and make sure your feedback is actually heard. However, this is not to say that public call-outs should never be utilized; they are still a tool in some situations activists face. As Hari Ziyad writing for AfroPunk notes, calling people out can sometimes be necessary, especially if the person in question is not responsive to concerns raised during a call-in — or, if the person doing the calling-in is perpetuating problematic behavior themselves. Any kind of constructive feedback is uncomfortable, but that doesn’t give someone the go-ahead to tone police someone by dismissing their call-out as toxic. A call-out can also be helpful when addressing behavior from celebrities, public figures, or brands — aka, entities that can’t be reached to discuss the issue privately.

At the end of the day, it is your personal decision on whether to take the route of a call-out or call-in when conflict arises in your community. There are benefits to both, and times when one form of giving feedback will be more appropriate to utilize than the other. Either way, it’s important to practice compassion and empathy in these instances, and remember that everyone has to unlearn problematic behaviors — ourselves included. But, by using call-outs and call-ins appropriately, we can create a stronger community.