Home » Lifestyle » Are you a midlife online dating addict?

Are you a midlife online dating addict? 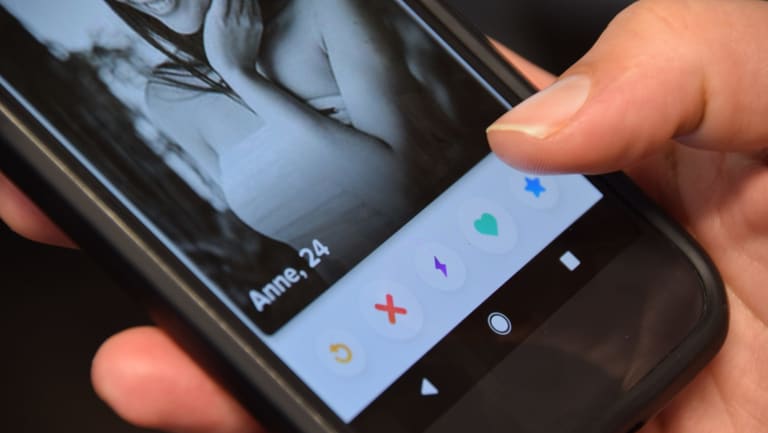 Recently, I was talking to my friend Jo about her life as a 40-something singleton. Her marriage broke up two years ago – since then, she cheerfully admitted, she has become an online dating obsessive: "I'm now signed up to so many apps, I can barely remember which ones I'm on."

Some are for people obsessed with fitness, some for getting out and doing things together, some are simply (if you could ever call it simple) for finding The One. There may be more – she couldn't quite remember.

"I love it," she said. "It's exciting. Being in touch with all these men makes me feel alive and interesting."

She's not alone. Recent studies of social trends show that more and more of us are dating via apps. One in five new relationships starts online, according to research by eHarmony, with the relentlessly upward swing such that it's thought more than 50 per cent of couples will have met online by 2031, and 70 per cent by 2040.

Debrett's recently announced that it is releasing an etiquette guide for older daters, after research found that almost one million over-50s were ready to use dating sites in pursuit of romance and even sex, but weren't sure where to start.

Well, plenty already have. Whereas Tinder and the like were once seen as a 20-something's game, and purely for "hooking up", its reputation has changed and now there's an entire older generation of daters hooked on swiping right. (For the uninitiated, this indicates you're interested. If they swipe right, too, you have a match.)

And as 40 and 50-somethings are finally being recognised as late but enthusiastic app-adopters, five per cent more of the market is moving towards this age group. Some apps such as Firstmet are specifically targeted at older users, with more than 97 per cent of their 30 million users being over 30.

Jo would have attested to this rise in the older online dating market – if she hadn't spent our entire meeting checking her phone. There were texts from "Pete", messages from "Greg" and all sorts of other winky face emoji pinging through. When I asked her if she knew what she was looking for she pulled a face. "I want to meet someone," she said, "but then I'm worried if I go out on dates with one person, I might be missing out on dating all these other men."

I can recognise this. Online dating can be great. It helps you meet new people. It reassures you that there's someone out there – the dating arena for the newly single 40-something goes from being barren to full.

But something odd is also going on.

"I actually rarely meet up with anyone," Jo confessed. For her, this isn't even the point. "I love the attention and the banter, but I'm not sure how many of these men I want to meet, let alone date."

Yet she still feels upset and rejected if connections fizzle or men don't reply. And here's the rub. The opportunities seem endless. But as author and human behaviouralist Alfie Kohn points out, being on countless apps can signal a potential risk of dating addiction.

"It's frustrating and you're participating in a depressing hierarchy of desirability – a daisy chain of quiet rejection. You spend part of your time trying to recover from, and make sense, of all these lovely people who won't give you the time of day, then the rest avoiding people you have no interest in. It can take over your life."

So the very apps that are designed in order to help people to meet, are actually doing the opposite. Millions of "daters" are sitting in their homes/offices/cafes, flirting online or maybe even having virtual "relationships", yet never actually having human contact.

The US Association of Psychological Science found that reviewing multiple candidates causes people to be more judgmental and inclined to dismiss a not-quite-perfect candidate than they would in a face-to-face meeting.

I understand this. Dating is difficult. When I was single, after my long-term relationship with the father of three of my four children broke up after many years, I spent a couple of years online. Even though, three years ago, there were nowhere near as many apps as there are now, I understand how obsessive it can get. I think I almost lived for checking my dating sites, spending hours "talking" to men I ended up never actually meeting.

It certainly staved off loneliness, and felt safer in many ways than risking a date, face-to-face, for which I had to grow a pretty thick skin. The rejection is tough on both sides – the men you think sound wonderful but when you meet them they are not what they seem, or maybe you like them but they don't like you.

I eventually met my husband via Facebook (we had mutual friends, but soon moved our connection into the real world). My best friend met his now wife on Tinder. So success stories do happen, but they're outnumbered by the thousands of singles having more of a relationship with their phones than with each other.

In my work as a relationship therapist and love coach, I meet clients of 40-plus of both sexes who are obsessively dating. Some do manage to meet up, but it doesn't matter how disastrous any eventual dates are – they have told me horror stories of men talking to other women as they sit opposite them – they just can't stop searching for more. They all say they never meet anyone decent but, even if they do, they are convinced there might well be someone better around the corner.

It makes me wonder if we have become a nation of prospectors – dating endlessly in the certainty the next one will be The One, but in reality wasting hours of our lives, with little to show for it.

So where does this leave the 40- or 50-plus dater? The key is to get off apps – half of British singles have never asked someone out face-to-face, but as Margareta James of the Harley Street Wellbeing Clinic says, "It's hard to create extraordinary relationships online. It is all about connection and in an increasingly isolated world, it's what we all crave, especially as we get older."

She is not against meeting online but says we need to be bold.

"Go and meet people. Be brave. That's what gets you off an app and in to the world of lasting relationships. It's easy to talk to our phones. It's far more difficult to talk face-to-face, but it's the only way forward."