Happy National We’re All About To Get Fired From Our Jobs For Lack Of Productivity Day, otherwise known as the day the new "Harry Potter: Hogwarts Mystery" mobile game has launched at long, long last. You may recall in the back of your cluttered Muggle mind that the Portkey Games label of Warner Bros. Interactive Entertainment and game developers Jam City announced a collab back in 2017; since then, we’ve gotten numerous trailers and sneak peeks of the game, but now our time in the sun has finally come — the game is officially available on iOS and Android starting today.

I got a chance to test out the game a few days prior to the launch, so I mean it from the bottom of my Hufflepuff heart when I say that this is a game that was made by fan, for fans. The world and storylines they’ve created are a love letter to the fandom, from the way they weave Hogwarts’ classrooms together, to the callbacks in the game based on the choices your character makes, to the Easter eggs hidden throughout the game. It feels almost startlingly personal — most Harry Potter fans waited a long, long time for a game like this to come out, and let me be one of many to say it was a wait well worth it.

The game is super intuitive and designed for players of all skill levels, so there isn’t much you need to know before you download it. That being said, there are plenty of reasons to get hyped. If you’re not typically a mobile game player (guilty as charged) or on the fence about whether you want to commit yourself to another app that will consume your life "Pokemon GO"-style, here are a few things you should consider. 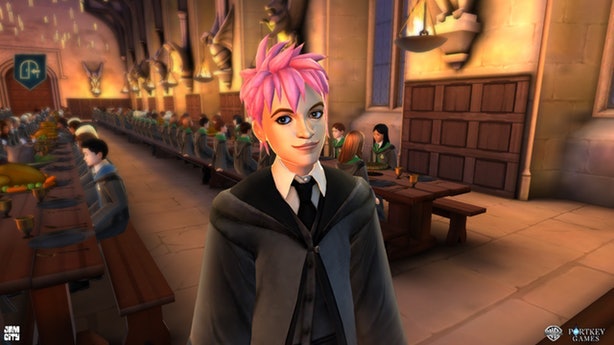 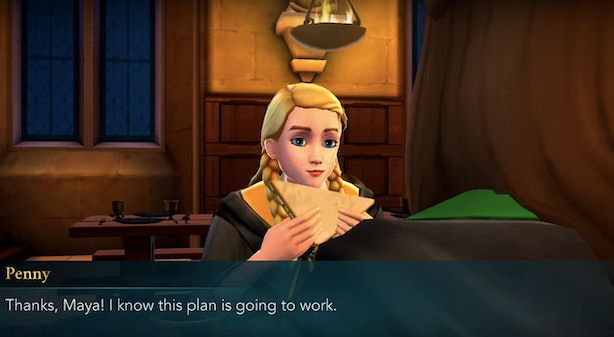 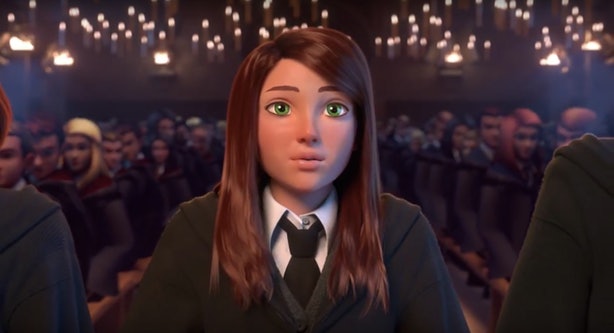 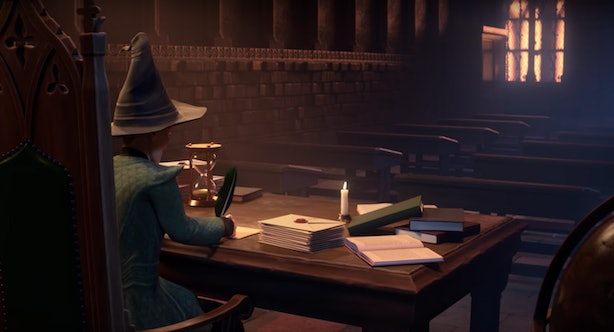 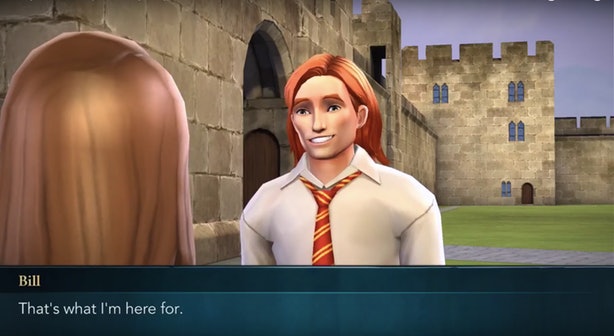 Is this relevant to your gaming experience? Absolutely it is, and don’t @ me. My boyfriend is fresh as heck in this game and we should all appreciate him in his pre-Gringotts glory. If Bill Weasley isn’t enough of a reason for you to download this game, you need the kind of help I simply cannot give.

Seriously, though, this game is the 2018, fully realized, and meticulously written version of that Harry Potter RPG thread that got eaten by LiveJournal in the early 2000s. It is wish fulfillment in its highest form. Now if you’ll excuse me, I have a Transfiguration lesson to conquer — enjoy your time at Hogwarts, y’all.