Home » Lifestyle » How often do YOU wash your child’s toys?

How often do YOU wash your child’s toys?

How often do YOU wash your child’s toys? Mother divides opinion after revealing she cleaned her son’s teddies after just ONE play date because she’s so worried about germs

A mother admitted she is so worried about lingering germs that she washed her son’s toys after just a few hours’ play.

The woman, who has not been named, said she was concerned her teething three-month-old son might pick up bacteria while sucking and chewing his favourite teddies.

The anxious mother explained she had soaked the soft toys after they were touched and dropped on the floor by visiting friends – and was now considering doing it again after they were contaminated during another play date. 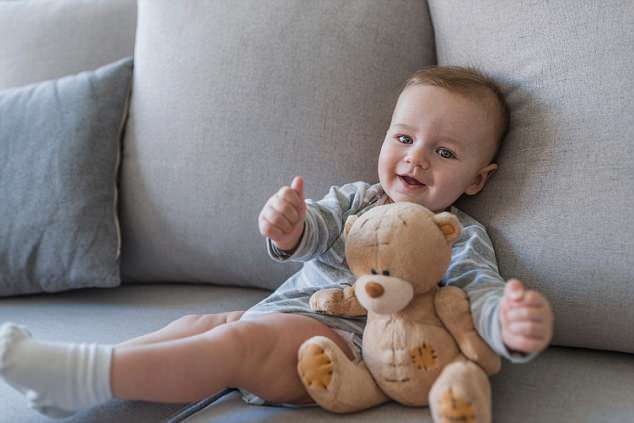 The woman said she was concerned her teething three-month-old son might ingest harmful bacteria while sucking and chewing his favourite teddies. Stock image

Writing on Netmums, the mother explained she had soaked the soft toys after they were touched and dropped on the floor by visiting friends and asked others for their opinion

Writing on Netmums, the woman said she just couldn’t help but think of the dirt her friends had brought into her home and left on her son’s toys.

She asked: ‘Am I being ridiculous wanting to wash them again and getting annoyed at people for touching his toys AGAIN? Or should I leave the toys and not wash them?’

The post was met with a flurry of responses from fellow parents, many of whom agreed she was right to take extra care with her son’s toys.

One wrote: ‘A lot of people will probably think it’s over the top, but the floor and public places could have any sorts of germs on them! I also expect clean hands before holding my baby, he’s almost 4 months.’

Another agreed: ‘A couple of times I’ve been caught off guard and had random women touch his face! There’s just no need, I always wash my hands before touching my son if I’ve been in public or handling money or things in a shop.

‘You’re told to be so careful sterilising everything it just seems to contradict that.’

A third added: ‘I understand why you think people would think this was over the top, but I don’t blame you at all. People coming in off the train would be covered in germs, so I think that’s 100 per cent reasonable.’

However other mothers argued that she was being ‘over the top’ and that babies needed to be exposed to germs.

One posted: ‘You can not protect against every germ going and to obsessively try to do so can do more harm than good – for you as well as baby. They are going to come into contact with germs, it’s a fact of life.’

Another mother said she had felt similarly when her child was younger but reassured her ‘it’s what they do, they can’t live a sterile life otherwise they won’t build up any immunity’.